Easter island, known in the island’s native language as Rapa Nui, is one of the world’s ongoing archaeological mysteries. The island has no trees, and a thriving population there saw a quick decline. How did this happen?

For centuries, you have guarded the coastline of your land. Rolling, flat-topped hills. Jagged, rocky cliffs. Plains empty of even a single tree.

Easter Island is your home, a lonely island full of life that manages to hang on. You, a moai statue, stand stalwart as a sentinel along the coastline. Your people, the Rapa Nui, are safely protected until 1722. The first European boat laps at the shoreline, and almost immediately, gunshots echo across the silent beach, ricocheting against the sound of angry waves. The islanders you swore to protect are murdered in cold blood. 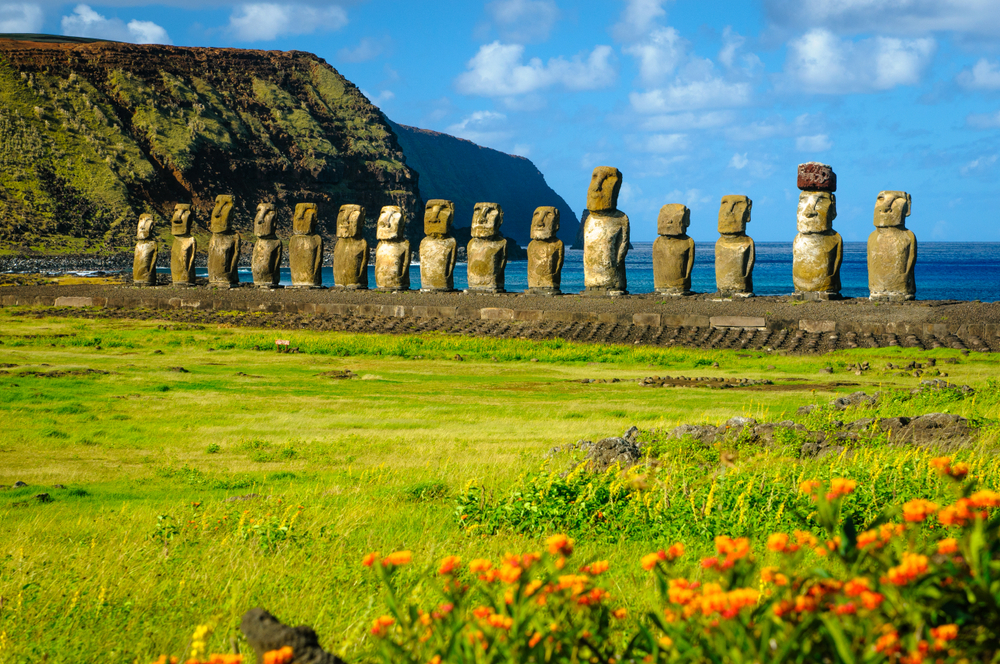 Easter island, known in the island’s native language as Rapa Nui, is one of the world’s ongoing archaeological mysteries. Rapa Nui is famous for its large stone statues that dotted the island’s hills and plains long before the first European explorers ever set foot on the island. 2000 km from the closest inhabited island, and 3500 km from the coast of Chile, this lonely island is incredibly remote. Currently, it is annexed by Chile. 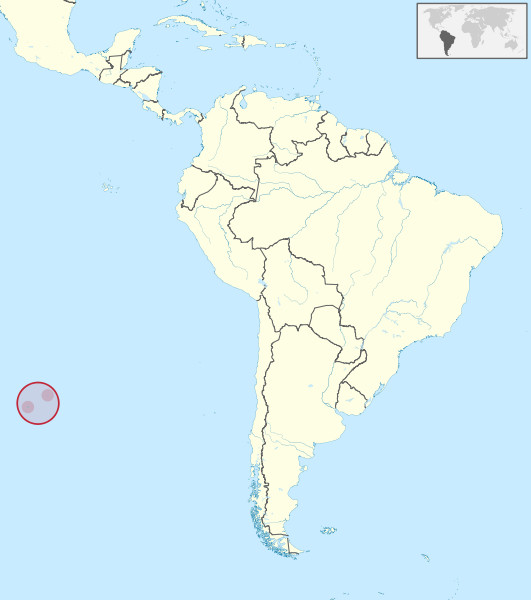 Rapa Nui, as shown off the coast of Chile, which annexed it as a territory. (Photo Credit : TUBS/Creative Commons)

The island is roughly triangular and composed of volcanic rock. It boasts no streams or rivers, and has only three lakes, formed in volcanic craters. The entire landscape has no trees more than three meters in height, which baffled the first explorers who arrived in 1722.

The largest moai statue weighs a massive 75 tons, and was carved from a single rock. Many of the moai were mounted on stone platforms known as ahu. The ahu dot the coastline, but the stones came from a quarry in the middle of the island. The massive moai and ahu were moved to their final places after building them. Researchers enlisting modern-day islanders repeated this labor of love, and found that moving a 9-ton statue over a distance of 10 km required 70 adults pulling in unison.

Additionally, these 70 adults were being supported and fed by their families, meaning that about 400 people were needed to build and move a single statue. Hundreds of moai are found around the island, meaning that thousands of people were needed to build them. Easter Island, therefore, had a robust society with enough resources to dedicate to building religious statues. They likely numbered in the tens of thousands, and even developed a new script, known as rongorongo.

So what happened? How did Easter Island come to lose all its trees? And how did a presumably flourishing society that built hundreds of ten-ton statues dwindle to just a few hundred people by 1722? 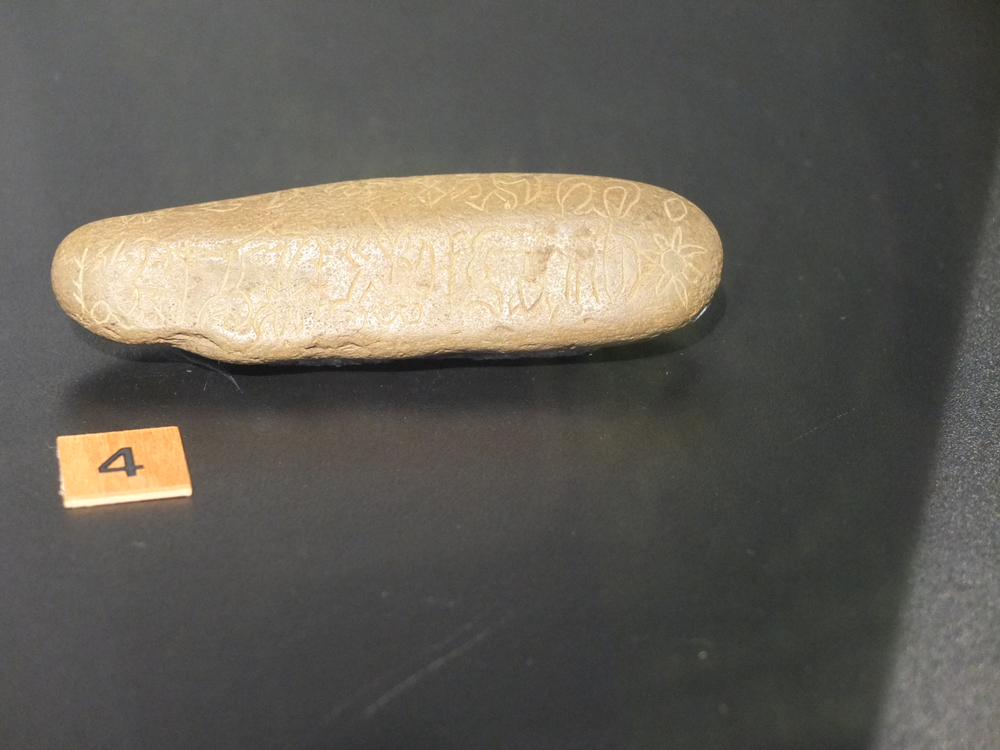 The Tale of the Fight

There are two main theories that attempt to explain the changes to the ecology and population of Rapa Nui, and both agree on one thing.

The first humans to arrive on Rapa Nui were Polynesian settlers, sometime between 800 to 1200 A.D. Oral traditions say that a spiritual leader in Old Polynesia saw himself as a bird god flying over the landscape of Rapa Nui, so they sent out an expedition to find the island the leader saw in that dream. The history of Rapa Nui after 1200 A.D is disappointing and grim, as recounted in Jared Diamond’s Collapse.

The island had a strict hierarchy. Leaders of the isnalnd’s tribes were direct descendants of the mythological figure and island’s legendary founder, Hotu Motu’a. These descendants prompted the islanders to begin building the massive moai. The moai were pulled along on two parallel tree trunks like a land sled. Palms trees, the only trees on the island taller than 15 meters, were crucial to constructing the moai. With the intensive moai construction, the number of palm trees was decimated.

After the trees fell, living conditions on Rapa Nui rapidly deteriorated. Clans fell into conflict with each other, while the loss of trees lowered rainfall, and the land became unsuitable for agriculture. Hunting exterminated all six native seabirds. With no wood to build boats, the islanders could not leave, and fish stocks around the coastline were rapidly depleted. With no source of meat, the story goes that the islanders turned to each other for the only source of protein. Cannibalism rapidly decimated the remaining population, with numbers declining from an estimated 30,000 to only 1,500 between 1200 and 1722.

The Tale of Love

The other, less bloody tale of Rapa Nui details the same ecological collapse. Although some of the trees were felled to build the moai, the bigger culprit of deforestation was something the humans brought with them, rather than the humans themselves. This explanation argues that Polynesian rats fed on palm seeds and saplings, preventing any new growth.

In the face of deteriorating environmental conditions, the islanders turned to cooperation, rather than cannibalism. They built incredible rock gardens, with fields covered in chipped rock. This rock slowly eroded in the wind, enriching the soil with nutrients and allowing food to grow. In this story, the population never exceeded 2,000 people. This small community was resilient, and worked together to make the newly desert island habitable. 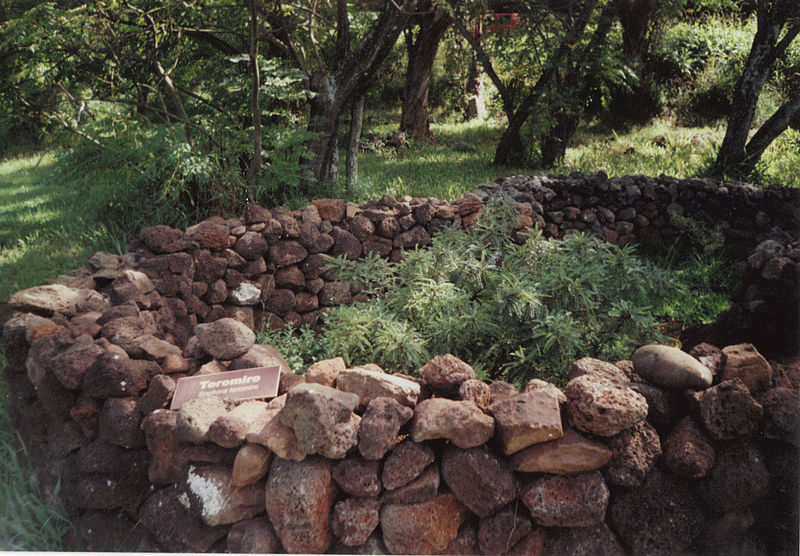 Both narratives agree again after 1722. The arrival of the first Europeans led to the outright massacre of islanders by guns, and an indirect massacre by smallpox and other germs. Indigenous Rapa Nui were kidnapped and sold into slavery. Fraught by conflict, the islanders turned against each other, toppling their idols. By 1830, only one moai remained standing. By 1855, only 30 native Rapa Nui remained, and all the indigenous islanders today are descendants of those 30.

Why is the real history of the island still shrouded in mystery?

Anthropology and history remain, at their heart, guesses, albeit very educated ones. Rapa Nui’s puzzling history has been painstakingly pieced together through centuries of research. One key missing element is the people themselves. Before oral histories could be pieced together and the rongorongo script deciphered, the island’s population suffered devastating blow after devastating blow.

Imagine only having snapshots of events in history, one every hundred years. From the photographs alone, you must determine what has taken place over those centuries. Researchers use “snapshots” like soil cores from deep in the Earth. Sediments in each layer allow us to understand what existed at each time period. Fossilized palm seeds with gnaw marks provide the clue that rats ate tree seeds, lowering their population. The magnitude of the moai statues offer clues as to how many people were needed to make them.

We may never know what exactly took place on Easter Island, but we can clearly see the fallout of ecological devastation. In the Anthropocene, Easter Island may well serve as a small-scale lesson to the disasters currently unfolding across the globe… and all those yet to come. 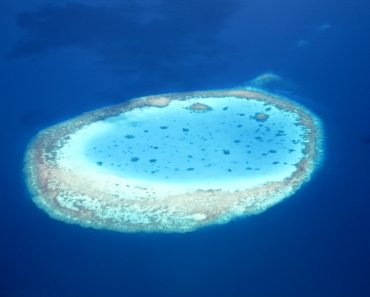