Home
Pure Sciences
Why Do You Hear a ‘Boom’ When an Aircraft Speeds by Overhead?

If you’ve ever noticed an aircraft flying at a high speed overhead, then you have also heard the ear-splitting boom that came along with that majestic sight.

Sometimes, when you hear the loud boom and look up at the sky to locate the aircraft that is producing the sound, you might not even see the aircraft, because by that time, it may already be far away.

The obvious question, of course, is what causes this loud boom when an aircraft flies by at a high speed? Let’s find out! 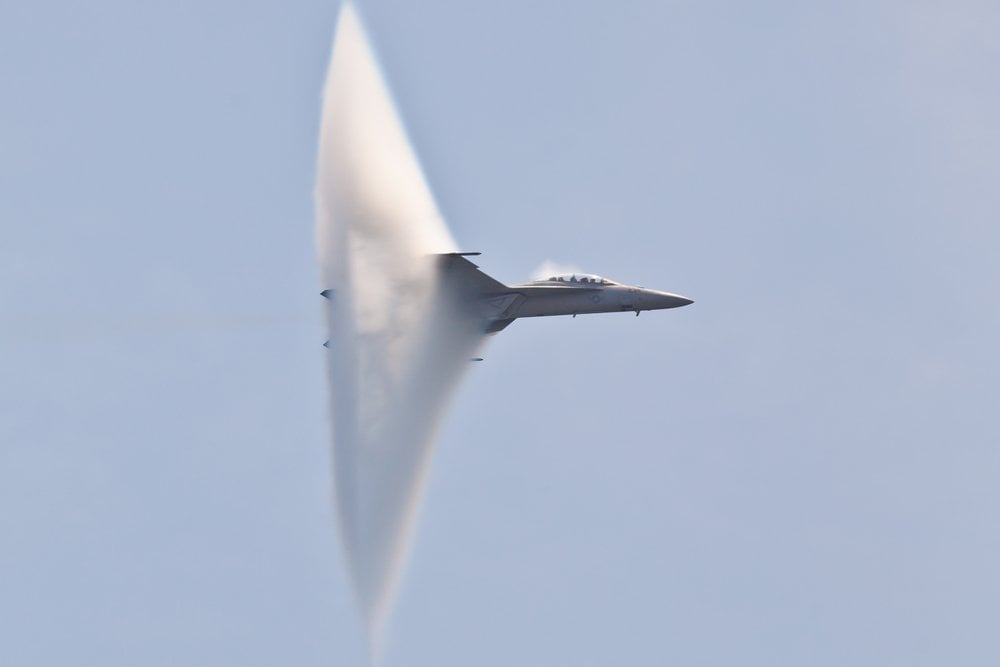 First things first, the loud boom that you hear is called a sonic boom. A sonic boom is the sound associated with the shock waves created by an object traveling through the air faster than the speed of sound. Essentially, it means that when the aircraft is traveling fast enough to break the sound barrier, i.e., travels faster than the speed of sound, then a boom will be heard. Basically, this phenomenon contains a lot of sound energy, which is why a sonic boom may sound like an explosion. For example, if you happen to be (although you should really try not to be) in the path of a bullet that has been fired from a gun and the bullet flies just above you, there is a good chance that you might hear a sonic boom. However, this is an example of a sonic boom at a miniature level.

Is This Only Something Humans Can Do?

In some cases, it has been found that this boom can be very harmful to people and animals, which begs the question: Is this something that only aircraft and bullets produce?

The answer is a definite No!

There are some animals that also use this concept of breaking the sound barrier to do all kinds of stuff, including attacking their prey and knocking them unconscious. Check out this video to learn more about sonic booms and which animals use this impressive phenomenon to their advantage.

The short URL of the present article is: http://sciabc.us/98tTU
Help us make this article better
Prev Article Next Article