“Shrooms”, “magic mushrooms”, “gold caps”, “mushies” and on and on. All of these are slang terms referring to a certain psychedelic mushroom. If you are familiar with these terms, then you might have guessed the particular mushroom I’m talking about…Psilocybin mushrooms. 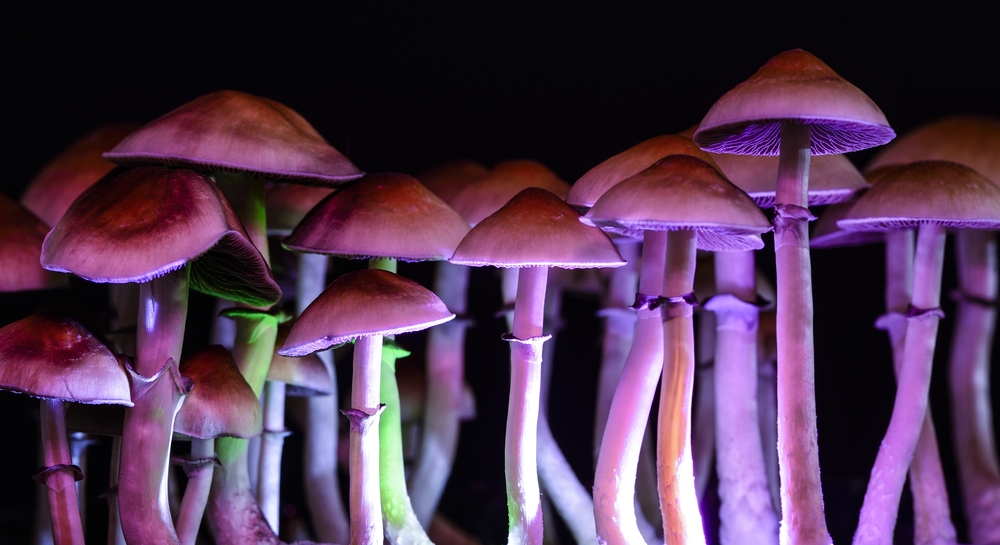 Psilocybin mushrooms can trigger hallucination, changes in mood and other decidedly trippy symptoms. Don’t be fooled by their ordinary appearance, as they are capable of making us go through some truly mind-altering experiences. Thus, it comes as no surprise that they are described as “magic” mushrooms.

What makes psilocybin a magical mushroom? How does it affect your brain and are they safe to consume?

Toadstools vs Mushrooms: Are They Different?
If you wish to buy/license this video, please write to us at admin@scienceabc.com.

The Magical Elements Of Mushroom

Psilocybe cubensis has been used by some cultures for centuries, like the native Mexican and American cultures. Magic mushrooms are consumed fresh or dried by either cooking or smoking them.

The reason behind the psychotropic (or magical) nature of the psilocybin mushroom is the presence of two tryptamine alkaloids: psilocybine and psilocin. 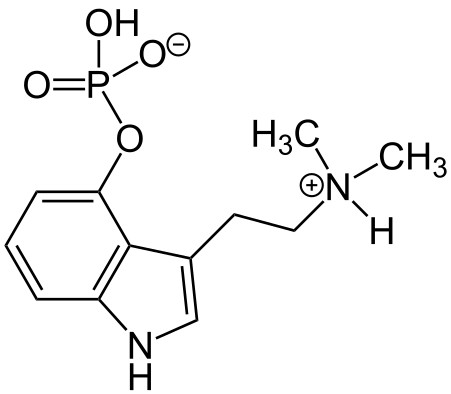 Psilocybine (4-phosphoryloxy-N,N-dimethyltryptamine) is the major psychedelic compound found in psilocybe mushrooms. Apart from being a hallucinogen, they also act as a serotonergic agonist. Serotonergic agonists are agents that have an affinity towards serotonin receptors, and can also mimic the effects of serotonin. They do so by stimulating the physiological activity at the cell receptors.

Serotonin is a hormone that stabilizes our mood and the feeling of well-being. A serotonergic agonist acts like antidepressants and anxiolytics (anti-anxiety drug). 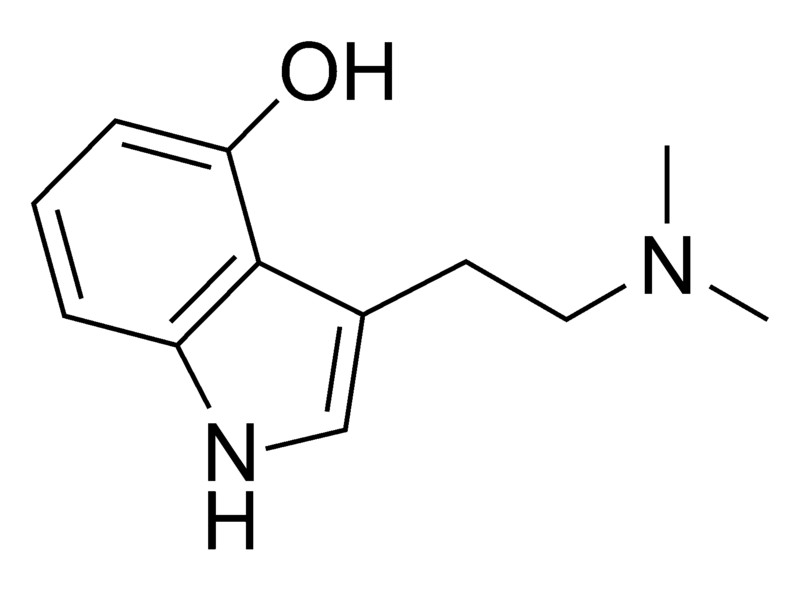 After ingesting the magic mushroom, the psilocybine acts as a prodrug. Meaning, it undergoes chemical changes due to our metabolic process to turn into a pharmacologically active drug called psilocin. Psilocin (4-Hydroxy-N,N-dimethyltryptamine) is present in the mushroom, but only in trace quantities. Just like psilocybine, it acts like a hallucinogen and a serotonergic agonist.

Apart from these two tryptamines, some species of psilocybe can have baeocystin and norbaeocystin. The amount of psilocybine in magic mushrooms ranges from 0.1-0.35%  and are mainly stored in the cap of the mushroom.

Also Read: How Do Some Mushrooms Glow In The Dark?

How Does It Affect Our Brain?

In terms of their chemical structure, both psilocybin and psilocin are similar to the serotonin 2A (5-HT2A) receptor. Additionally, psilocin binds with serotonin to produce a tripping effect, along with anti-depressant and anti-anxiety effects on our brain. 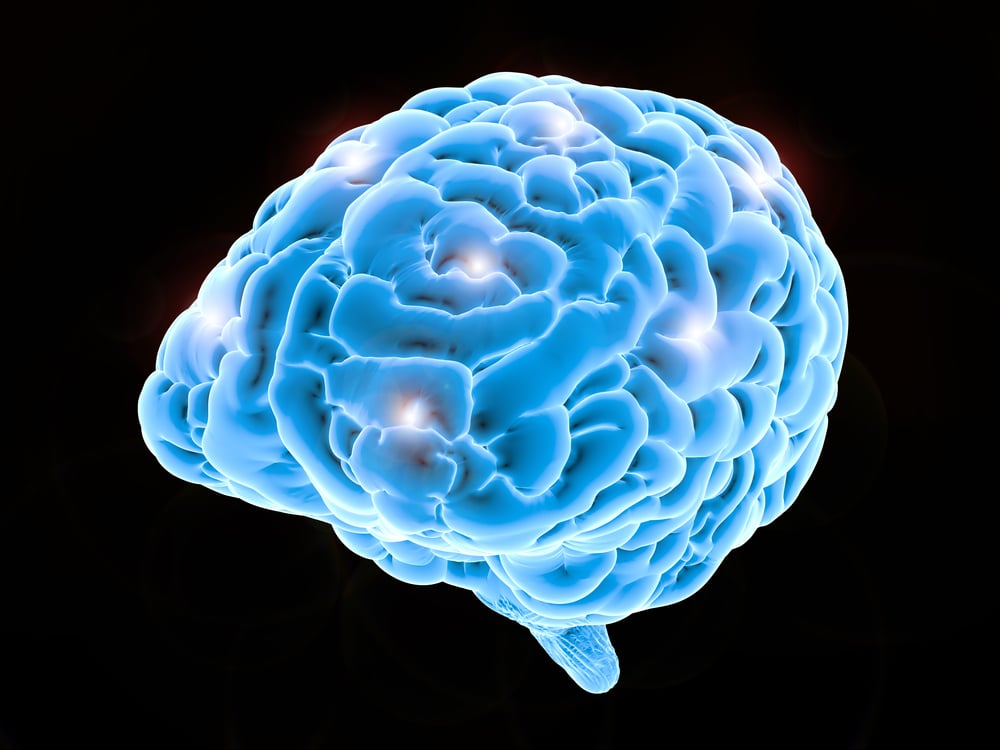 A study suggests that Psilocybin significantly decreases the neural activity in the claustrum. The claustrum is a thin sheet-like neuronal structure that connects the cortical and subcortical regions of the brain. Due to this lowered activity in the brain, the drug can successfully show its magical effects. The person goes through wild emotional, mystical and visual experiences.

The extent to which the magic mushrooms affect an individual depends on their body type (weight, metabolism power) and their level of tolerance to the hallucinogen. Apart from these, the concentration and the species of mushroom consumed also affects the experience.

It takes around 30-60 minutes for a detectable psychedelic effect from a low to moderate (2-10g) amount of psilocybin. However, the effects of the shrooms last for about 3 to 6 hours.

The tripping effect of the magic mushroom has a lot in common with LSD (Lysergic acid diethylamide), which is also a psychedelic drug that affects the nervous system to distort the perception of reality. The psychotropic effects of the mushroom range from feelings of relaxation, euphoria, seeing colors, patterns and optical illusions to giddiness, delusions, altered perception of time and real hallucinations. 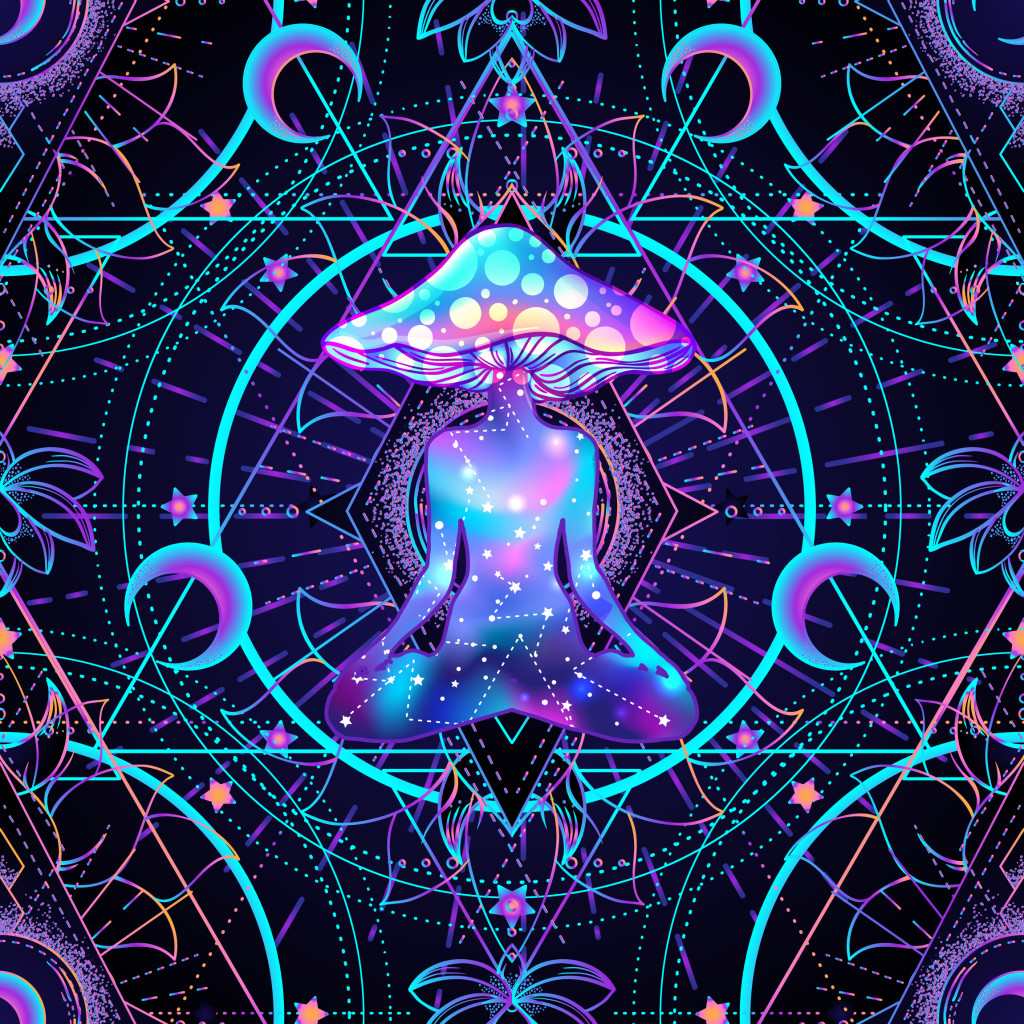 If these experiences seem adventurous to you, then let me tell you the not-so-adventurous side of this drug. All these exciting feelings may also be coupled with what people refer to as “bad trips”, when the substance is used under an uncontrolled setting, just for recreation. A bad trip may include feelings of restlessness, incoordination, fear, panic attacks, traumatic flashbacks, paranoia, short-term psychosis and tingling sensations. And to add to the misery, many people also experience nausea, dilation of their pupils, vomiting, headaches, chills and drowsiness. Still soun appealing?

At high doses, people can also have “mystical-type” experiences, which involve ego dissolution, the notion of self and a sense of connection with the universe. Such experiences can result in long-term changes in personality traits and towards a person’s overall life outlook.

Any form of drug that affects our nervous system and interferes with bodily functions carries some risk. However, as compared to other psychedelic drugs, psilocybe cubensis has low chronic toxicity, and is thus relatively harmless. Carrying out activities such as driving or swimming puts an individual at a higher risk of accidents.

Though rare, there is a threat of mushroom poisoning, which may lead to minor gastrointestinal illness, hypertension, liver failure, renal failure, bradycardia, and tachycardia.

Also Read: How Does Alcohol Change The Brain?

Though magic mushrooms are commonly used for recreational purposes, scientists believe that psilocybin may also help treat various mental health conditions. Researchers at the John Hopkins Medical Centre found that when psilocybin was given to patients with life-threatening cancer, it produced quick relief from depression and existential anxiety.

This psychedelic drug might be capable of something more than just providing a mind-altering experience. However, more research is required to confirm its effectiveness for a diverse range of ailments and to ensure the substance is safe to consume for a long period of time without causing any adverse side effects. 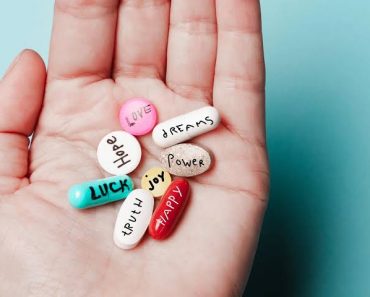