Catabolism is the process of breaking down complex molecules into smaller ones. This can be done through a variety of pathways, including glycolysis, the citric acid cycle, and oxidative deamination. These processes are necessary for the body to access the energy stored in food. Hormones play a key role in regulating these processes.

One of the most essential needs in life for human beings—and every other organism, for that matter—is the consumption and use of energy. If we think of our bodies as complex machines, it is only natural to assume that we need fuel to function. For humans, this energy comes in the form of the food we eat, but that is only the beginning of the energy cycle in our body. 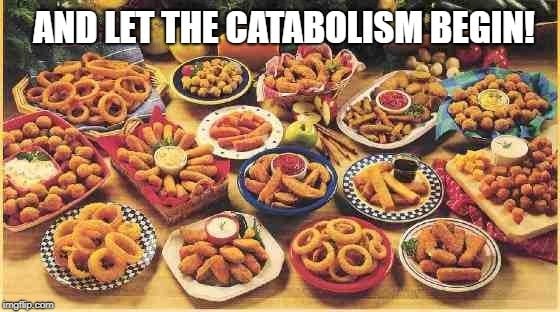 As you likely know, the word “metabolism” is a broad term that describes thousands of energy-generation and consumption processes within the body. Most of the things that happen in our body occur without any conscious control, and our “metabolism” is the silent hand guiding those essential processes. If you were to break the concept of metabolism in two, it would be divided into anabolism and catabolism, the former relating to the building of complex molecules from simple ones, and the latter describing the process of breaking complex molecules into smaller ones.

For the sake of simplicity, we will talk about catabolism from a human perspective, although all organisms have both catabolic and anabolic reactions to satisfy their energy needs. As mentioned above, in humans, our energy comes primarily from food, and the macromolecules in food—proteins, fats, nucleic acids and carbohydrates—must be broken down into simpler molecules through catabolic pathways (oxidized) or they can be used in other anabolic reactions.

Catabolism is therefore the catch-all term for the series of metabolic pathways that convert macromolecules to monomers or simpler molecules. These simpler molecules can be used as building blocks for other molecules that cells (and thus, organisms) need to operate, such as other proteins, glycogen and triglycerides. Some of these molecules will also simply be broken down into waste products, which is another way to access usable energy. 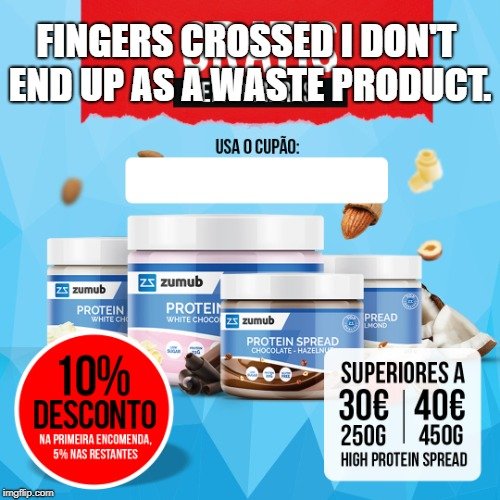 When waste products are created, typically through an oxidative reaction, a certain amount of energy is released (from the chemical bonds), which can be stored as adenosine triphosphate (ATP), the fundamental unit of energy currency within the body. While some of the energy in these catabolic reactions is lost as heat, the process is quite efficient, and forms the foundation upon which our metabolism is based.

As is true in anabolic processes, catabolic processes also require a number of hormones to occur. The main hormones involved in catabolism include glucagon, cortisol, adrenaline and cytokines. It is important to remember that all cellular and metabolic processes must be tightly regulated and controlled, so that resources aren’t wasted and cells are operating a high efficiency at all times.

Hormones are the signals for many of these processes. Released by various glands throughout the body, they tell organs, muscles and tissues what to do. For example, when you find yourself in a dangerous situation, your flight-or-fight response kicks in and cortisol and adrenaline are released into your bloodstream. This, in turn, will start a cascade of catabolic processes that will break down glycogen into glucose so the muscles have energy to function and speed up your heart. Many of the processes outlined below are controlled and regulated with hormones, which often act as the behavioral glue between what the brain demands and the body provides. 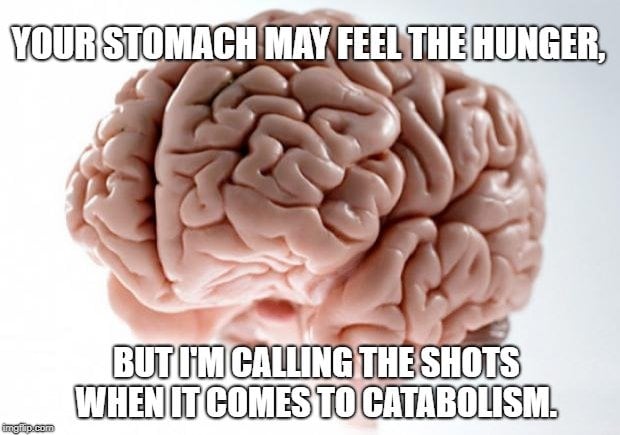 This is a very important catabolic process, as it is the process that breaks sugars (e.g., glucose) down into pyruvate, along with the production of ATP and NADH. Beginning with one glucose molecules, glycolysis is a 10-step reaction that will generate two pyruvate molecules as a product. Using a variety of enzymes, including kinase, mutase, dehydrogenase, isomerase and lyase, as well as the consumption of two ATP, this basic glucose molecule can be broken down into 2 pyruvate molecules, 2 NADH (which later be used for further ATP generation) and 4 ATP. Since two ATP were consumed during the energy consumption part of this process, the net gain of breaking down a glucose molecule is 2 ATP. If you want to learn about the individual reactions involved in glycolysis, check out the article here! 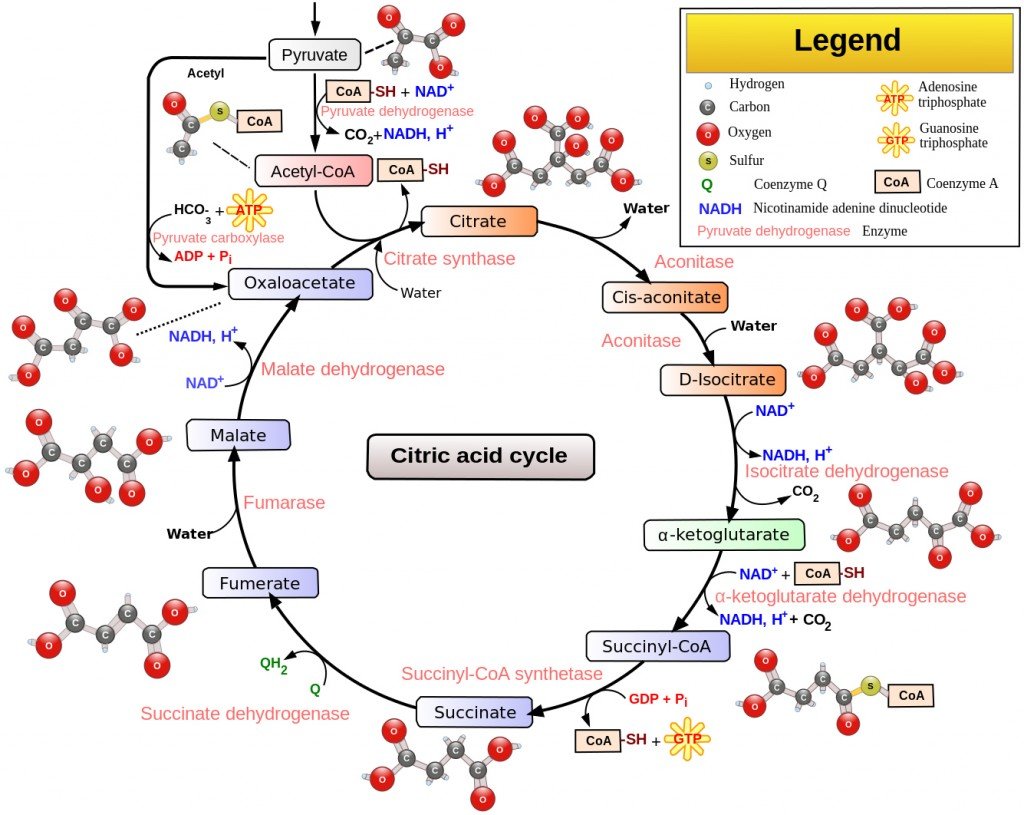 When it comes to breaking down proteins and amino acids, and accessing the energy within them, a lesser-known process called oxidative deamination is called for. Proteins are typically broken down and used as substrates for further molecular development (anabolic processes). However, when there is a lack of carbohydrates or normal sources of energy, the body will begin to break down proteins into their amino acids, through a process called proteolysis. Unlike other sources of energy, amino acids possess nitrogen, so a different catabolic process is required – oxidative deamination.

When the nitrogen groups are removed, a basic carbon skeleton is left behind, known as a ketoacid. Similar to a normal glucose molecule, a ketoacid can go into the Krebs Cycle to produce energy, or it can be further synthesized into a free fatty acid. Ammonia is a byproduct of this type of deamination, which is okay in small amounts, but high levels are toxic. The body counters this by converting the ammonia into urea in the liver, where it can be transferred from the livers to the kidneys and excreted in our urine.

Breaking down the fat stores of triglycerides stored in adipose tissue is another way of generating energy. Triglycerides consist of a glycero backbone, three fatty acid tails, and the three ester bonds that link the previous two components. The three ester bonds must be broken to release their energy, which is done through a hydrolysis reaction. In three separate steps, each of these bonds is broken. After each of the fatty acids is removed through the introduction of water (H2o), the final products include a glycerol molecule, two liberated fatty acids, and usable energy. The hormones that stimulate this process include cortisol, adrenaline and glucagon; insulin works against this process, stimulating an anabolic process that instead builds triglycerides. 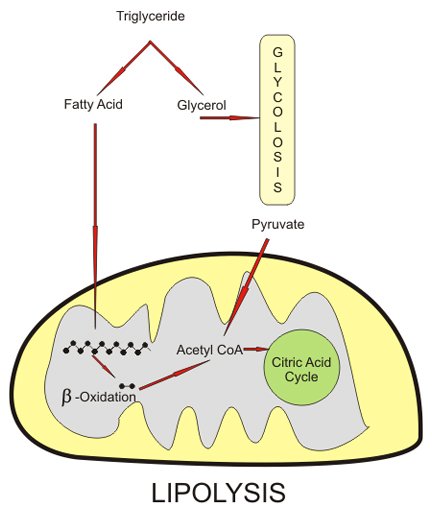 Although most people try to avoid the degradation of their muscle mass at all costs, it can often be difficult. Directly after a workout, or in the mornings following a long period without nutrient intake, the body may begin to catabolize muscle tissue because it is lacking the anabolic processes it needs to build more muscle tissue. This obviously sounds counterintuitive, but this transformation of tissue into energy is in response to not providing enough basic energy, either from protein or carbohydrate sources, to your body.

There are clearly many different ways that the body can produce usable energy and essential building blocks through catabolic processes. Understanding how each potential source of energy is handled and utilized by the body should encourage you to choose your foods wisely and ensure you keep your metabolism in tip-top shape.