“Molecular scissors” is another name for restriction enzymes. These enzymes come in two types and are responsible for cleaving the DNA at specific sequence locations.

What are scissors? As we all know, they are a common tool without which almost every arts and craft class would be incomplete. Whether it is paper or leather, scissors are the most common tools used around the world to cut things. However, what about molecular scissors? Believe it or not, without molecular scissors, the entire sphere of biotechnology would be nonexistent. It is only because of these molecular tools that we have been able to make game-changing developments, such as the advent of GMOs! 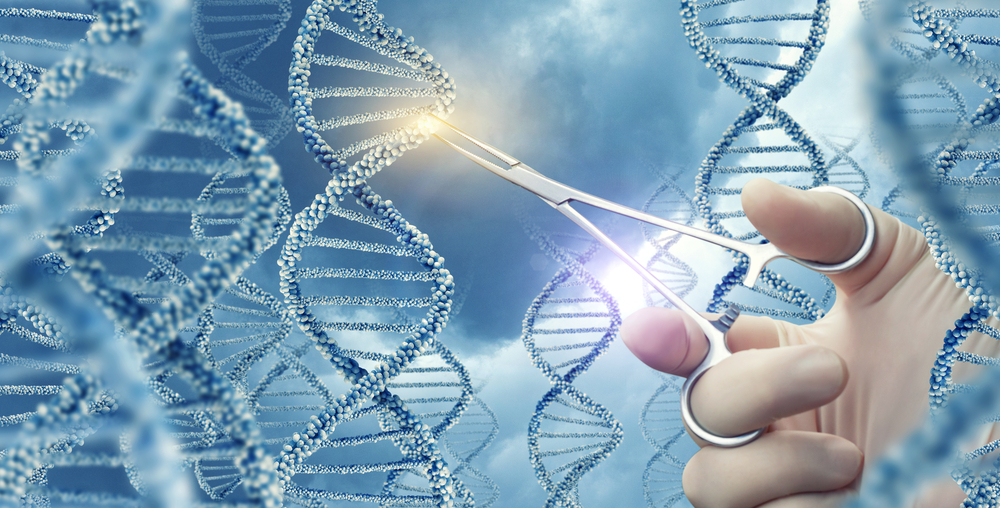 Molecular scissors is a common name for restriction enzymes. Restriction enzymes are types of protein that cut double-stranded DNA molecules at specific points. These enzymes are required for the manipulation of DNA. Even though these enzymes find their use in applied sciences, they are also naturally present in a wide variety of prokaryotes. As such, they contribute immensely to the ever-expanding science of molecular biology.

Gene manipulation is also known as “genetic engineering” or “genetic modification”. It relates to the direct manipulation of an organism’s genes with the aid of biotechnology. The technique is widely applicable for treating genetic diseases, producing non-toxic GMOs, and in the production of genetically modified animals that play essential roles in research. Genetic engineering also has significant applications in the field of medicine.

For instance, consider a plant that is susceptible to insect attacks. As soon as it is grows out of the ground, insects devour the entire crop, which results in significant losses. With the help of gene manipulation, the genome of this plant can be altered in such a way that when an insect attacks, the plant survives, but the insect is killed instead. Such modifications can also help in the realms of herbicide resistance, enhanced nutrition, and tolerance to environmental pressures in plants, among others. 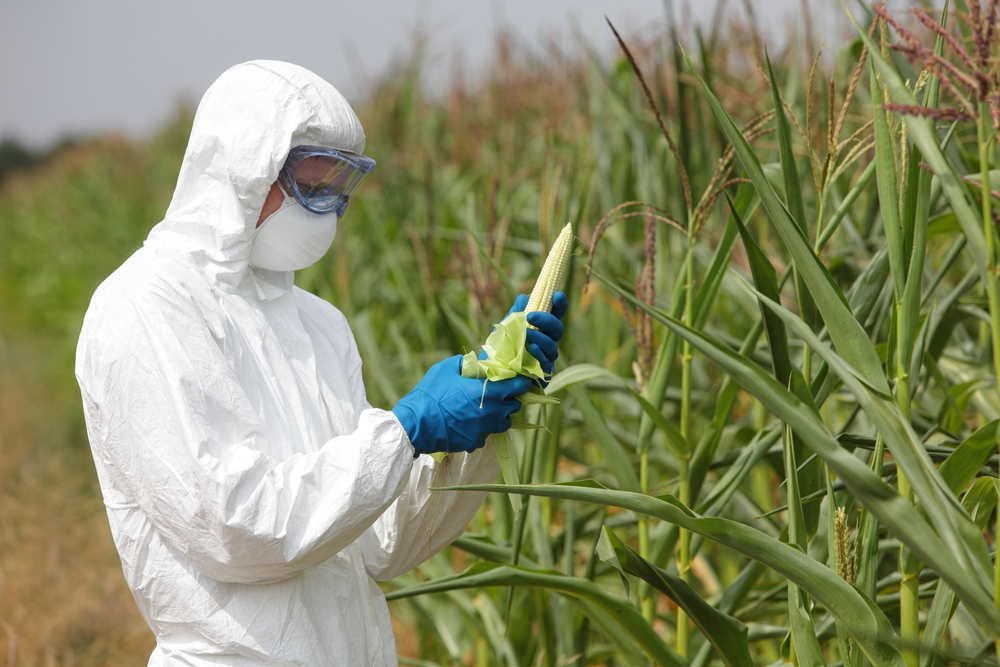 How Does Gene Manipulation Take Place?

To understand this properly, let’s take a look at how gene manipulation is practiced. Firstly, the DNA of the organism whose gene is to be altered is isolated. After isolating the DNA, the segment that corresponds to the quality we want to change is cut. For example, if a tomato plant is susceptible to viral attacks, its DNA is isolated, and the segment that corresponds to the response to the viral attack is cut.

In this section, at the empty space, another segment of DNA that is responsible for combatting the viral attack is added. With the help of gluing enzymes, the segment attaches itself to the original DNA strand. The DNA formed in this way is called recombinant DNA. At this point, it is injected inside the plant cells. These cells are then grown in a tissue culture, where they develop into new plants. We call them new because these plants are no longer susceptible to viral attacks!

Also Read: What Is CRISPR Technology?

We follow similar techniques when we need to alter other disadvantageous qualities of the plant. This is not only true for plants; animals have also been created using this technique. These animals are often used as subjects for pharmaceutical research.

What Are Molecular Scissors?

As mentioned above, molecular scissors help in snipping off segments of the DNA in order to manipulate the genome. Scientifically, they are referred to as restriction enzymes because they are specific for a specific sequence of DNA, known as a restriction site. More than 400 of these enzymes have been isolated from bacteria, which produce them naturally. These enzymes help bacteria protect themselves from any attacking viruses.

Moreover, the function of these restriction enzymes is utilized in biotechnological applications to produce disease resistance in both plants and animals. Brilliant, right? When a restriction enzyme cuts open a DNA fragment, it results in the formation of sticky ends on the broken DNA. These sticky ends are actually of great significance, considering that the foreign DNA must attach itself in exactly this place. 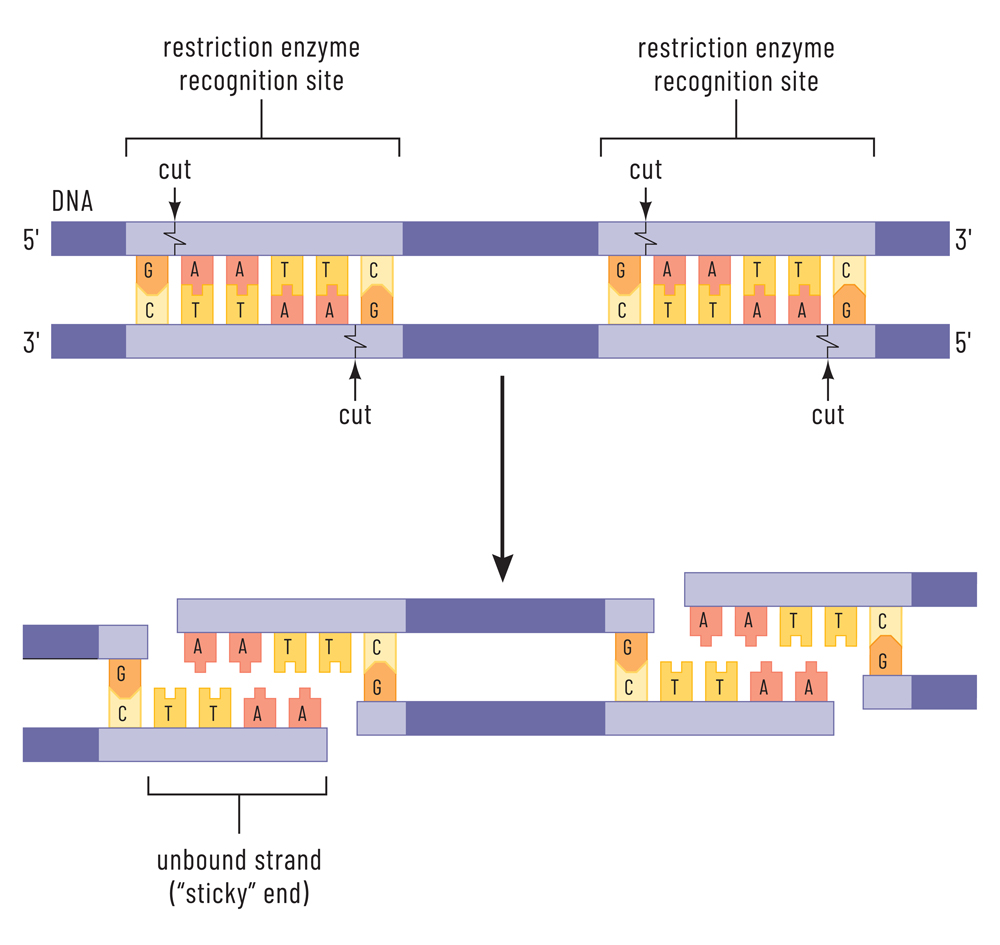 The foreign DNA is then glued into this broken space by another enzyme called DNA ligase. DNA ligase produces the bonds that complete the sugar-phosphate backbone of a proper DNA molecule or strand.

What Are Endonucleases And Exonucleases?

Restriction enzymes come in two types—endonucleases and exonucleases. Endonucleases cleave a specific DNA fragment in the center of the DNA. On the other hand, an exonuclease makes a cut from one of the ends. The former type of enzyme may result in the formation of blunt ends or sticky ends, whereas the latter will always give rise to sticky ends. However, endonucleases have particular importance in terms of blocking the entry of pathogens.

Even though gene manipulation has caused a controversial stir in recent times, it has proven to be a boon for people who have struggled with genetic diseases all their life. It has also proven to be a farmer’s friend, due to its application in agriculture. From pharmaceutical uses to industrial ones, restriction enzymes are everywhere. However, these are only a few instances of how these enigmatic enzymes are able to help us. Therefore, we obviously consider restriction enzymes as quite a bit more important complex than a regular pair of scissors you might find in a junk drawer. Don’t you agree? 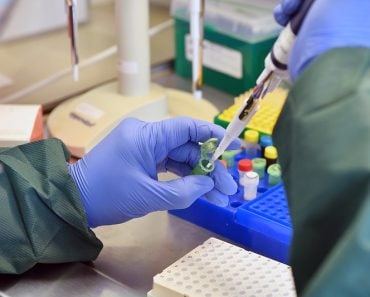