Yes, there is a limit to how hot an object can get. The hottest temperature that has ever been recorded is 4 trillion degrees Celsius.

It seems like we all miss the sun when it’s cold outside, even though we might hate it on hot summer days. Humans can only adapt to minor fluctuations in body temperature, which is why the weather is one of our favorite topics of conversation! During an average day of the year, our body temperature only changes by about 1 degree Celsius (roughly 2 degrees Fahrenheit) with the lowest temperature occurring during the night.

If the temperature is too high or too low, it can be lethal for warm-blooded species. If body temperature falls to 35°C or 95°F, it can result in hypothermia, while 40°C or 104°F leads to hyperthermia. However, most of us have nothing to worry about, since our surroundings rarely experience such broad temperature changes.

What Are The Hottest And Coldest Things In The Universe?
If you wish to buy/license this video, please write to us at admin@scienceabc.com.

Most people are pretty familiar with the concept of absolute zero, which is -273.15° C. It is also the lowest possible temperature that can be achieved, according to the laws of physics as we presently know them. This is because it’s the coldest that an entity can get when all of its heat energy has been sucked out of it. At this temperature (absolute zero), there is absolutely no motion, even at the subatomic level. Everything is frozen, even time. To put this in perspective, attempting to go below absolute zero would be like trying to get your car to go slower than completely stopped.

What about an absolute heat, however? What is the highest possible temperature an object can be?  Stopping all movement is one thing, but how do we measure maximum movement? How do we take energy up to infinity? Theoretically, it is possible, but theory isn’t necessarily what we observe in our physical reality. To put things in perspective once again, let’s look at how hot stuff can really get…

How Hot Is Really HOT?

The Earth: The hottest temperature ever recorded on Earth’s surface is 56.7°C (134°F), measured in 1913 at Death Valley in California, USA which is extremely far from the highest temperature possible in the universe.

The Sun: Obviously, the Sun is the first thing that pops into our head when we think about the hottest stuff in the universe – or at least our solar system. The temperature at its surface is around 5000°C  (9000°F), while at its core, the temperature can be as high as 15 million °C (27 million °F). To understand how hot that is, try to imagine if an iron ball could be kept at that temperature without melting. The heat from that ball would instantaneously kill every living thing within a 2000-kilometer radius! If that still isn’t hot enough for you, let’s look at some stars that are even hotter than our Sun.

Also Read: What Are The Hottest And Coldest Things In The Universe? 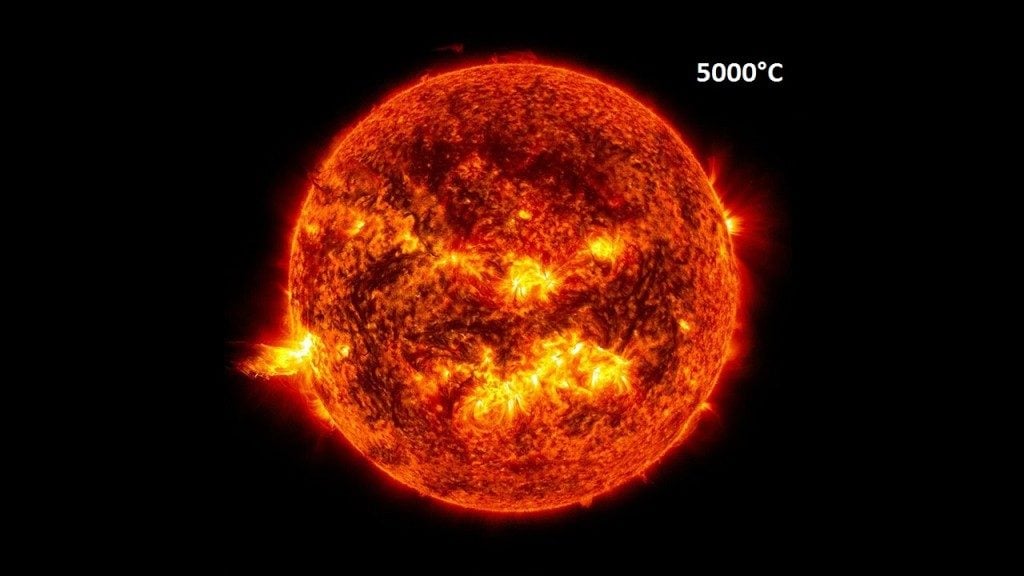 Other Celestial bodies:  A rather unimpressive white dwarf in the Red Spider Nebula shines at a temperature of 300,000°C which is more than 50 times hotter than the Sun’s surface. Even hotter than that is a ‘quasar’, where the center burns 100 times as much energy as the entirety of the Milky Way!  The gas around a quasar can reach temperatures of 80 million °C.

Some of the most violent events in the universe are the deaths of giant stars. These events are called supernovas and emit huge bursts of energy in the form of gamma rays. If one of these occurred close enough to Earth, it could essentially wipe out our world from existence, since it has a temperature exceeding 1 billion °C.

Subatomic Temperatures: Now, as me move up the temperature ladder, we need to come back to Earth. The hottest temperature that we have ever actually encountered is in the Large Hadron Collider. Based in Switzerland, this machine is used by scientists to observe the events occurring during high-speed collisions between atomic particles. When they smash gold particles together, for a split second, the temperature reaches 4 trillion°C, which is much higher than a Supernova explosion or a nuclear explosion! This temperature is high enough to melt even the subatomic particles into a soupy mess . 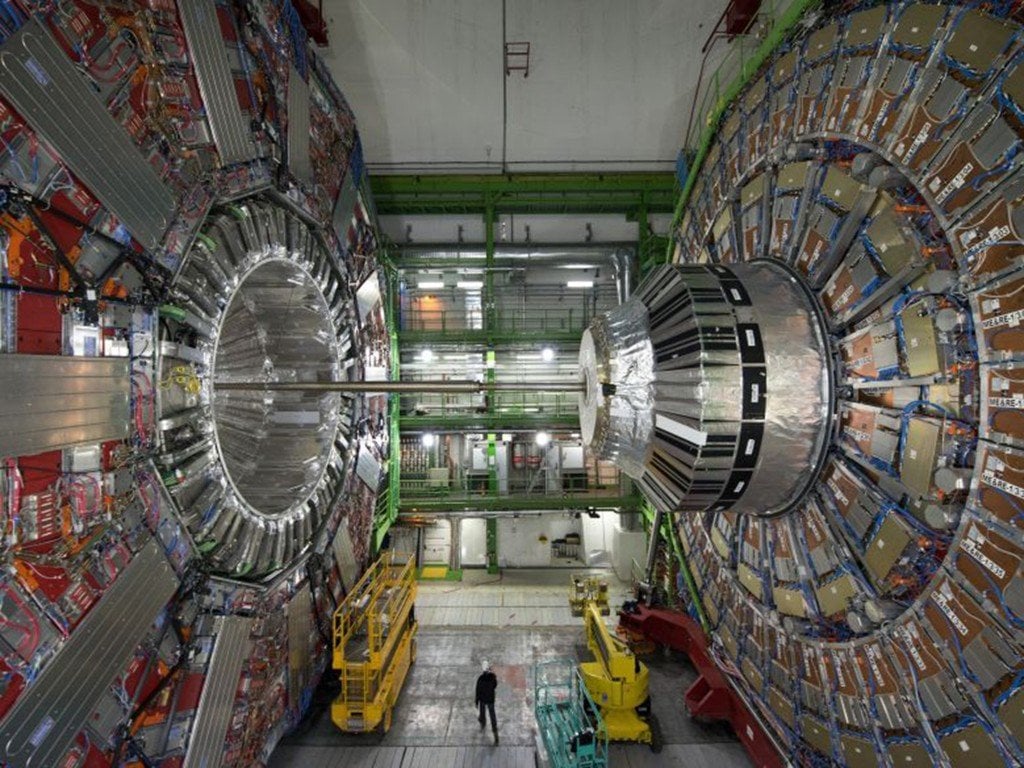 The Large Hadron Collider at CERN

In the Standard Model of the universe, the hottest possible temperature ever reached occurred a fraction of a second after the Big Bang. During that minuscule period of time, the emitted light only had a wavelength of 10^-35 meters. This length is called the Planck length and is the smallest measurable length in the Universe. Due to this small wavelength, the temperatures were as high as 10^32°C, which is called the Planck temperature and stands as the closest definition of an “absolute hot” that we currently have.

Also Read: Why Is Space Cold If There Are So Many Stars?

Beyond the Planck temperature being the hottest temperature ever theoretically reached in our universe, physicists hypothesize that at any temperature higher than the Planck standard, the gravitational forces of the affected particles would become so strong that they could create a black hole. A black hole that is created from energy, rather than matter, is called a ‘kugelblitz’. Our currently accepted conventional models of physics break down after this point, leaving many questions unanswered. 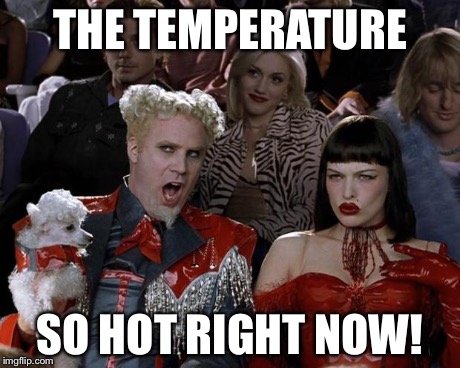 However, many scientists disagree with this model and believe that as we continue to learn about the subatomic behavior of matter, the maximum attainable temperature will continue to increase!