If it seems like “climate change”, “carbon emissions” and “renewable energy” are phrases that you’re hearing a lot more in recent years; there is a very good reason for that. Extreme weather events and the devastating effects of climate change are already becoming seasonal occurrences, and they show no sign of lessening.

Given the widely studied and verified correlation between carbon emissions and the rise in global temperature, which is pushing our climate to extremes, sources of renewable or low-carbon emission energy have become front-page news.

You may be familiar with the most common forms of renewable energy—wind, solar, biomass, hydroelectric and geothermal—but people often overlook nuclear energy as a viable path for our future energy needs.

There are a few good reasons for wariness surrounding nuclear energy production, but in terms of a renewable resource, where does it stand?

What Is Renewable Energy?

Before we can decide whether nuclear energy is renewable, we should have a clear definition of this term. A renewable energy source is one in which the resources required are renewable on a human timescale. In other words, these resources will not run out as we use them, as they are naturally replenished, or “unconsumed” in the process. 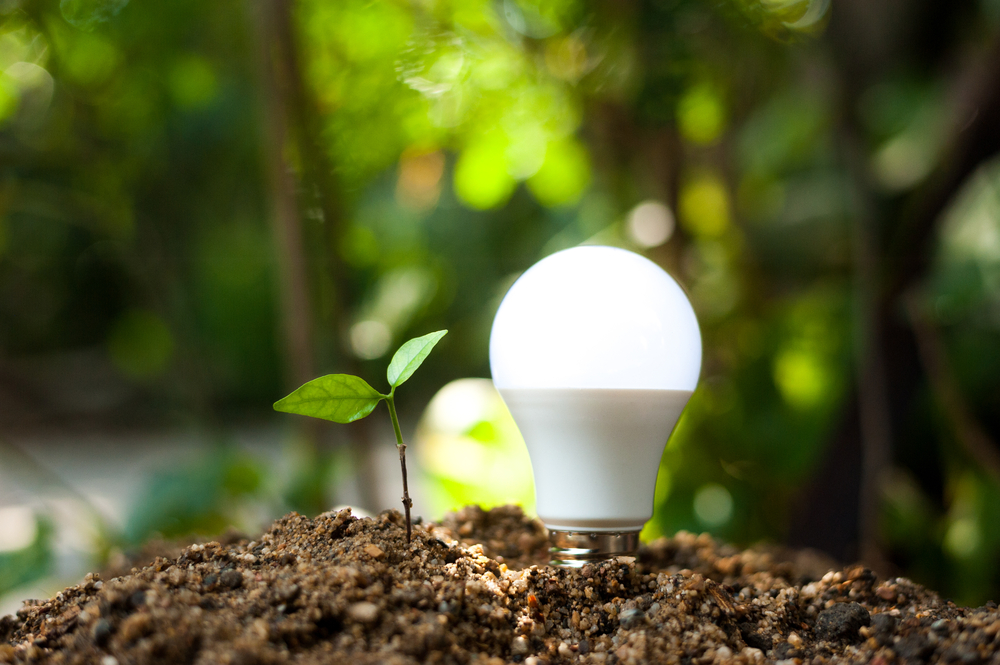 The most common examples of renewable resources include wind, sunlight, tides, waves, geothermal energy and biomass. We anticipate the sun to keep burning for at least another 5 billion years (at which point it will swallow the Earth), wind is a natural byproduct of heat in the atmosphere, tides are created by the moon, and our planet’s geothermal activity shows no signs of ceasing. Biomass energy processing relies on organic material, which currently grows in ample supply, and is not expected to run out. As you can see, all these sources of energy are either renewed rapidly or infinitely available, relative to humanity’s timescale.

Examples of non-renewable resources are resources that are not replenished at the same or greater speed at which they are consumed. This means that our supply is finite. Fossil fuels may have powered our planet’s industrial rise over the past two centuries, but coal, oil and natural gas take anywhere from 50-500 million years to form. Our tireless consumption of and deep reliance on these resources has not only led to a dramatic rise of carbon emissions and human-driven climate change, but also the need to identify and utilize renewable sources of energy with a smaller carbon footprint.

How Is Nuclear Energy Produced?

As you may have noticed, we didn’t include nuclear energy in either the renewable or non-renewable categories, as it seems to straddle this classification, as we will explain.

Nuclear energy is derived from the core of atoms, which release an incredible amount of energy (heat) and neutrons when they are split apart during the process of nuclear fission. The neutrons collide with other neutrons, thus splitting more atoms and releasing even more energy—a chain reaction. In most cases, the huge amounts of released heat are used to produce steam that spins turbines and generates electricity (boiling water reactor).

Also Read: What Is Nuclear Waste And How Do We Deal With It?

In the core of nuclear reactors are extremely dense uranium fuel pellets, yet only a fraction of the fuel potential is utilized in most nuclear plants. This results in significant amounts of nuclear waste, which must then be safely stored. However, in recent years, advances have been made in processes to recycle nuclear waste, essentially by feeding it back into the reactor to extract more of the potential energy. 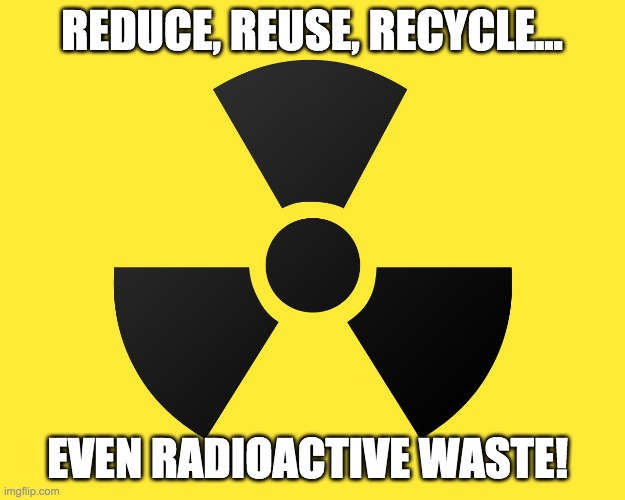 The process of recycling nuclear waste is currently quite expensive and challenging, involving careful chemical manipulation, and also produces a liquid form of nuclear waste. That being said, the end product of these recycling processes has a much shorter half-life than traditional nuclear waste (hundreds of years vs. millions of years!)

As mentioned before, the debate over whether nuclear energy should be considered renewable is ongoing, with valid points on both sides.

Those who claim this energy source is renewable cite a few main arguments—its low carbon and physical footprint, as well as the small amount of manageable (and potentially reusable) waste it produces. Producing nuclear energy does not directly generate any carbon emissions, unlike the consumption of fossil fuels. It is already the second-largest low-carbon energy source in the world, aside from hydroelectric power. The physical footprint of a nuclear power plant is also very small; these types of plants generate more energy per square foot of space than any other renewable resource. As opposed to the waste products of fossil fuel consumption—ash, slag and particulates—nuclear fuel waste is very small in size, due to the incredible density of nuclear fuel.

The other strong argument for nuclear energy as a renewable energy comes from the fact that it may not, in fact, be finite. At present, the amount of available uranium that has been extracted could be used—at its highest, recycled efficiency—for 1,000 years, but some experts claim that the amount of available uranium is exponentially larger than that. Although the expense currently makes it economically unviable, uranium can be extracted from seawater and other sources in massive quantities—theoretically enough to sustain the planet for billions of years. Furthermore, technology like breeder reactors—which output more fissile material than they consume—could create a surplus of nuclear resources that could be considered “renewable”.

On the opposing side, of those claiming that nuclear energy is non-renewable, there is the argument that we currently cannot extract all of the available uranium on the planet, despite likely future advances in extraction technology and cost-efficiency, so the resource is technically finite. Additionally, the waste produced through the generation of nuclear energy may be compact, but safe storage of this waste remains a valid concern, particularly given the half-life of Uranium-235 (the most common fuel type), which sits in the 700-million-year range when not recycled. Other renewable sources of energy have waste output or carbon emissions that can be managed or mitigated on a much shorter time scale.

Where The Debate Stands Today?

When it comes to the question of whether nuclear power is or should be considered a renewable source of energy, there remains no clear consensus, as technology advances every year, as does the planet’s imminent need for drastic solutions. Popular opinion regarding nuclear energy varies around the world, particularly in light of tragic events like the Chernobyl and Fukushima disasters.

The beginning of the Nuclear Age was largely marred by the threat—and limited use—of nuclear weapons and the destructive power of this technology. In conjunction with a scattering of nuclear meltdowns throughout the decades and the fear of this catastrophic power falling into the wrong hands, public opinion has typically leaned towards wariness of nuclear power. While some countries have poured investments into nuclear energy (e.g., France, the US), widespread public acceptance of nuclear energy is not global. In short, most people don’t want a nuclear power plant in their backyard, or even their zip code. 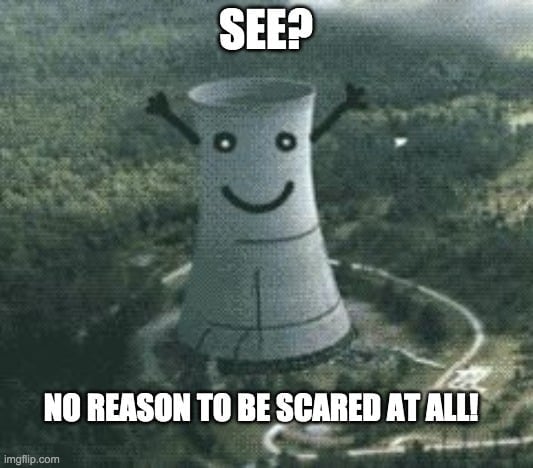 Although the advantages in terms of energetic efficiency, low-carbon footprint, and spatial needs are clear, there are still many strong arguments as to why nuclear energy should be handled with caution by countries around the world, despite the global outcry for a sustainable and green future.

As the adage claims, “We have the technology”, but the cost-effectiveness of advanced tools to ensure sustainability (e.g., breeder reactors), the widespread skepticism and fear towards nuclear power, and the unsolved problems of nuclear waste are undeniable. Until some of these fundamental obstacles towards nuclear energy proliferation are addressed, it will be hard to classify nuclear energy as a true renewable energy source.