DNA is the blueprint of life. It is the information on the basis of which all our cells function. When we read about cells and their functions, we come across terms such as proteins and enzymes (proteins that function as catalysts), but have you ever wondered how the cells know which protein to make? Or what the exact structure of the protein actually is? This is the job done by our DNA. It basically acts as a storage unit that keeps the sequence of amino acids for every protein in the form of nucleotide sequences (amino acids are the basic units that make up the protein and their sequence determines which protein it is!). You would better understand the process if you read through our article on DNA Replication, as it covers the structure and directionality of DNA. So give it a read here!

So how do you think our DNA will tell the cell about this sequence? By sending a message! No, not an SMS or Whatsapp text, but rather a message in the form of nucleotides. The sequence of these nucleotides is unique to each protein, but these nucleotides aren’t formed of DNA, they use RNA to do this. Also, unlike the DNA, this RNA sequence is single-stranded. Thanks to our creative minds, we named this RNA as mRNA, i.e., messenger RNA.

The process of producing mRNA sequences from DNA is known as Transcription. So let’s take a look at how this happens! The process of transcription can have multiple Polymerases on a single template and the transcription could take place for multiple rounds. This allows for a large number of mRNA to be created from a single template. Elongation also has a proofreading mechanism, which helps in replacing wrongly inserted nucleotides and keeping the sequence accurate! 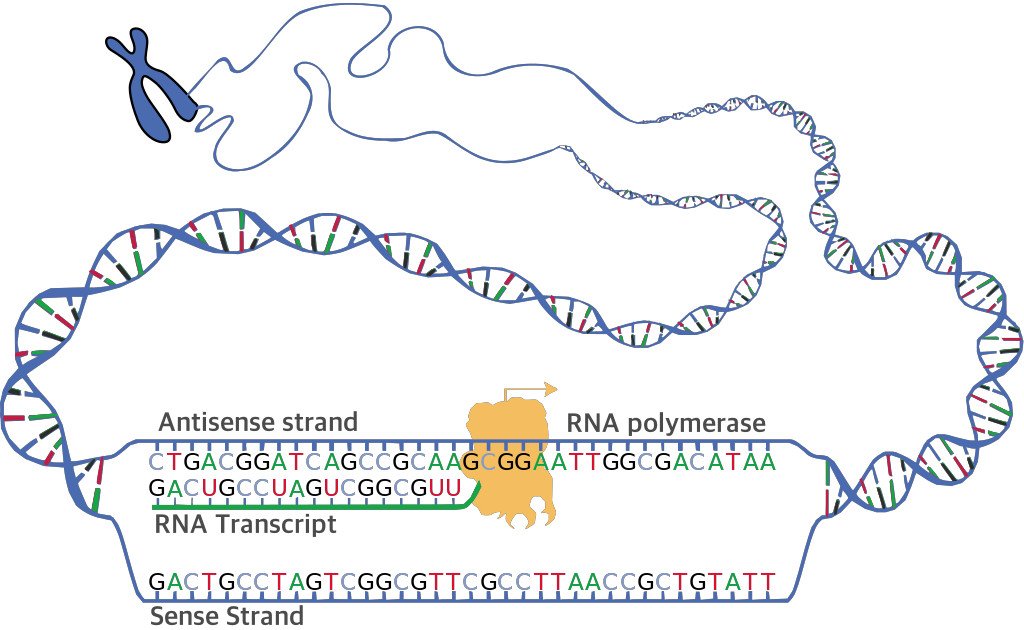 The termination has two types, the first is Rho-independent and the second is Rho-dependent (Rho factor is a protein). Let’s look at them one by one. There are some differences between how transcription occurs in eukaryotes and bacteria.