Magnets are things we are quite familiar with and they play an integral part in our daily life, even if we don’t realize it. Magnets are found in toys, but also represent an essential component of instruments that we need to survive in the modern world. However, just as all things wear down over time, so too does the strength of the magnet, but this wearing down is a beautiful phenomenon in and of itself. Before we get into this “wear down” process, let’s take a brief overview of magnets.

Overview of a magnet

A magnet may be defined as any object that exerts a magnetic field. These magnetic fields are invisible, but are most notable when they’re in the presence of iron or another magnet. Two underlying phenomena occur when a magnet is close to such a material; it either attracts or repels the object (provided it can interact magnetically). 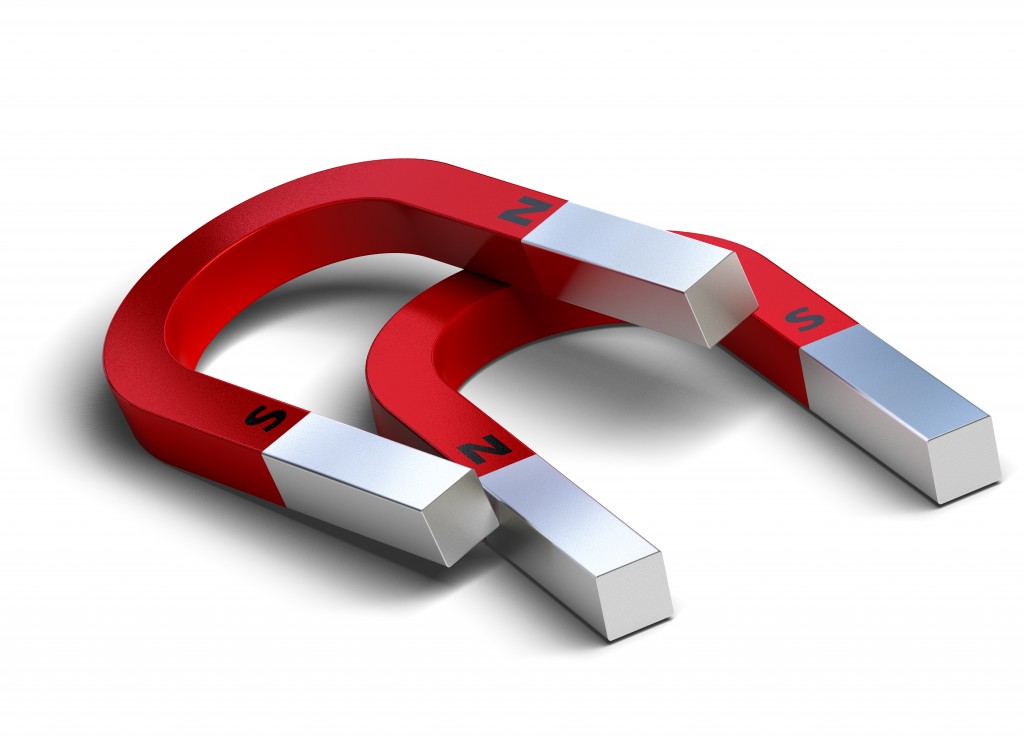 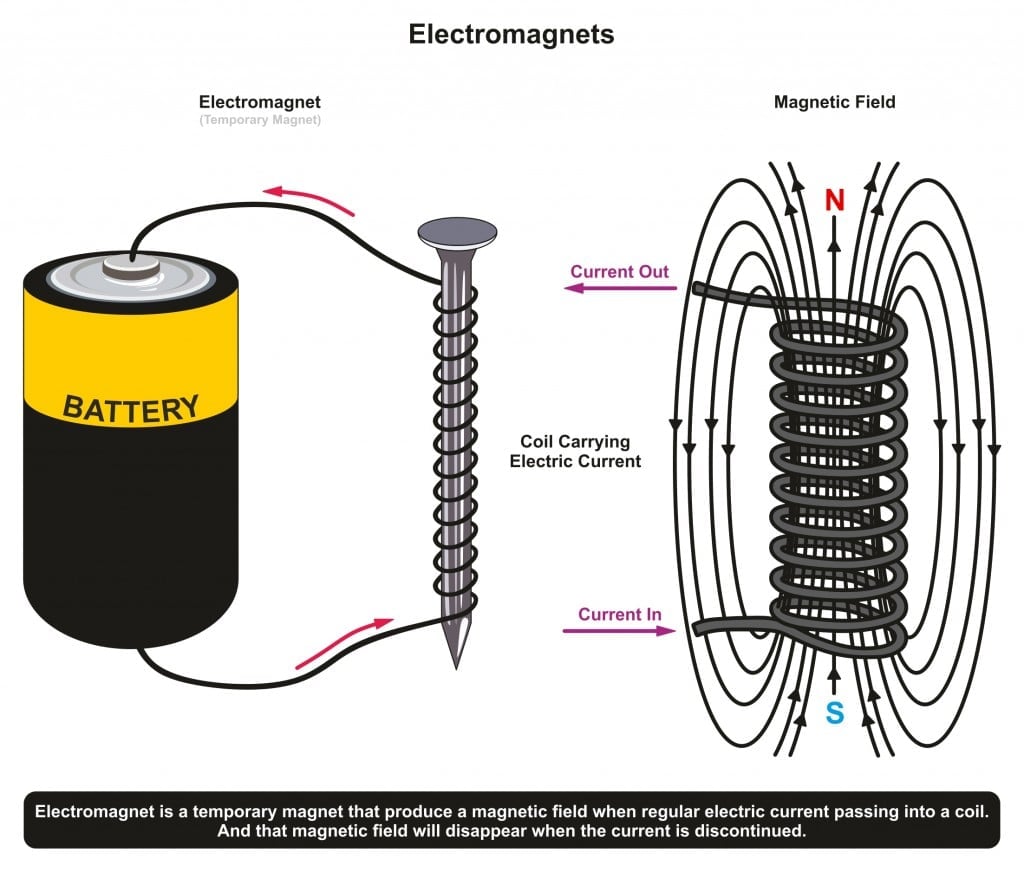 Even magnets come in different assortments and types. There are three main types of magnets, based on their component materials. 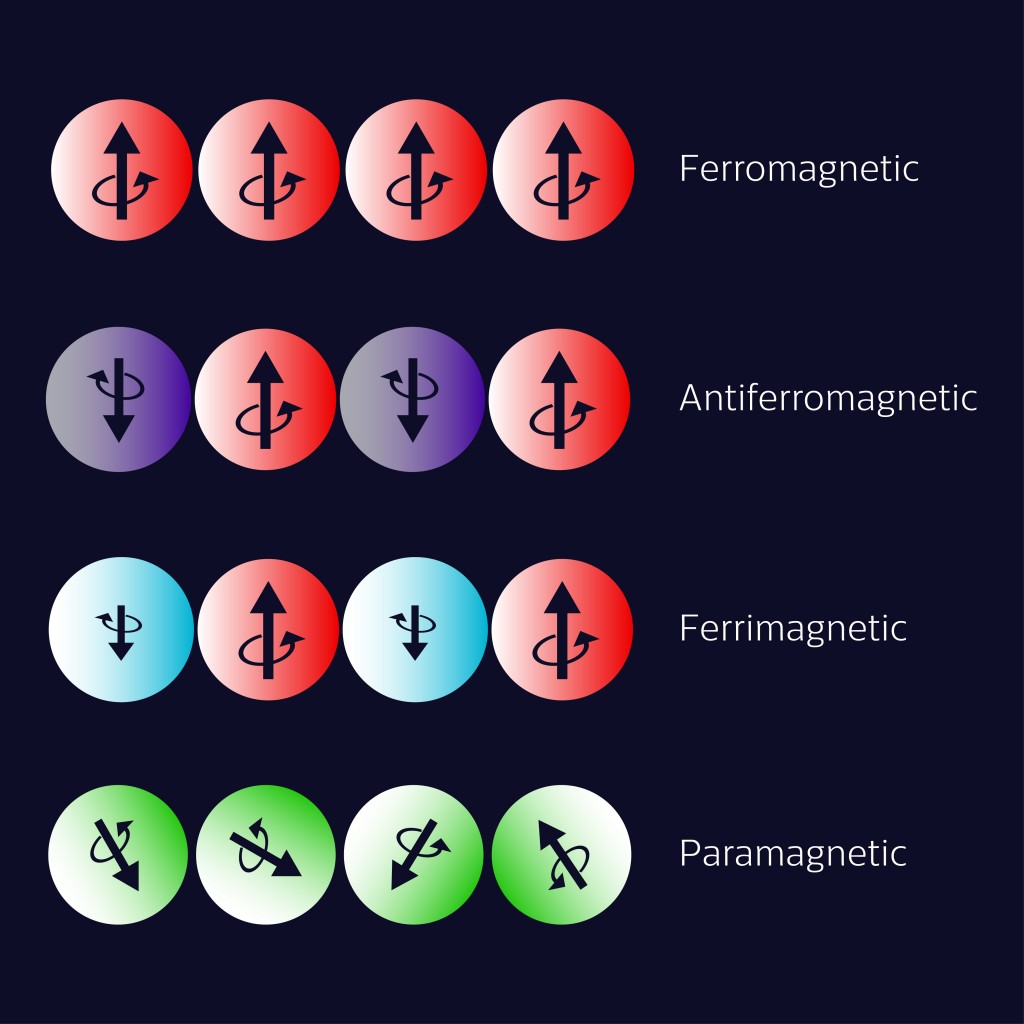 The second type of magnetic material is paramagnetic material. This classification includes substances like aluminum, platinum and oxygen, to name a few. These elements are weakly attracted to either pole of a magnet in their natural state. The magnetic attraction exhibited by these elements is extremely feeble. Their magnetic fields can only be detected by keen instruments or a powerful magnet.

The life cycle of a magnet’s magnetism (sounds weird) can be mapped out by what is known as a hysteresis curve or cycle. The hysteresis curve has another name, known as the B-H curve. The B stands for the magnetization of the material, while the H stands for the applied magnetic flux intensity. The B-H curve is the curve characteristic of the magnetic properties of a material, element or alloy. It tells you how the material responds to an external magnetic field and is a critical piece of information when designing magnetic circuits. In the plot below it shows that vacuum has an H of 800 At/m creates a B of 1 mT.  With a sheet steel core, an H of 800 At/m has a B of 1.2 T, representing a considerable increase in B for the same H!  The hysteresis comes into play when the material has been magnetized.  The B within the material does not return to what it was before but is instead dependent on the history of its magnetization. 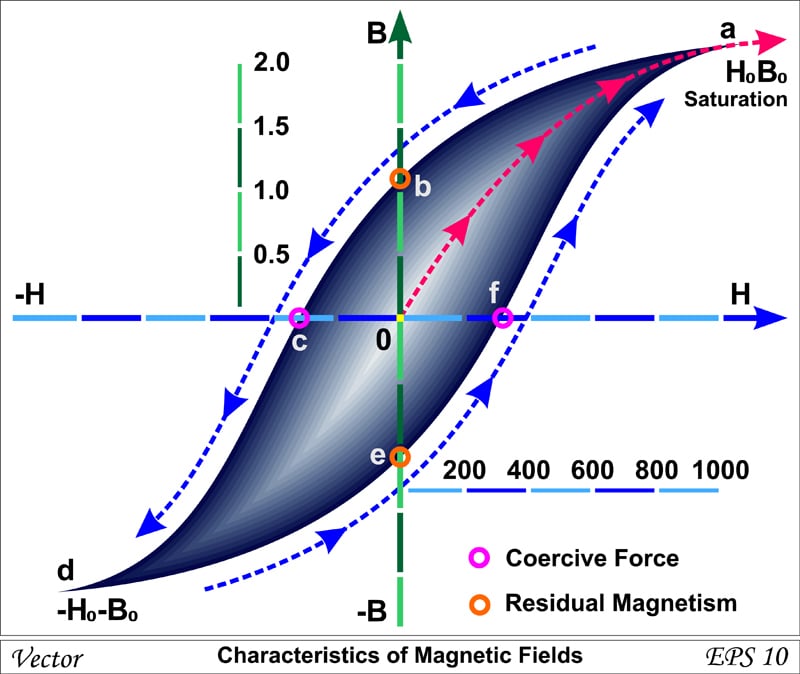 Over time or due to a strong opposing magnetic force, a magnet may experience something known as a hysteresis loss. This is also known by other names, such as iron loss or copper loss, and it’s always a constant. The magnetizing force works against the internal friction of the molecules of the magnet, producing heat. This energy, which is wasted in the form of heat, due to hysteresis, is called Hysteresis Loss.

In conclusion, even if there are other factors, such as mechanical stress or temperature, that lead to demagnetization, hysteresis loss is the primary reason for the loss in magnetization for most permanent magnets applied in daily use.