The Lycurgus cup is an ancient Roman drinking cup that exhibits dichroism due to the presence of nanoparticles.

See the animation below. Isn’t it baffling to watch? The ball turns green when it bounces against the box, but turns red if it goes through it. How is that possible? And why? Is something like this possible in real life?

What if I told you that an object similar to this does exist? However, there will be no need to throw any balls, since it is the incident light that will be changing color. The object we are about to explore is famously called ‘The Lycurgus Cup’.

The Lycurgus Cup is an ancient Roman drinking cup made of glass that dates back to the 4th century AD. The most fascinating thing about this cup is that it exhibits dichroism. That is, the cup looks green when exposed to reflected light and red in the presence of transmitted light.

It is a Diatretum or a cage cup, consisting of an inner beaker and an outer decoration cage that stands out from the body. The cup is 15.9 cm in height and around 13 cm in width. 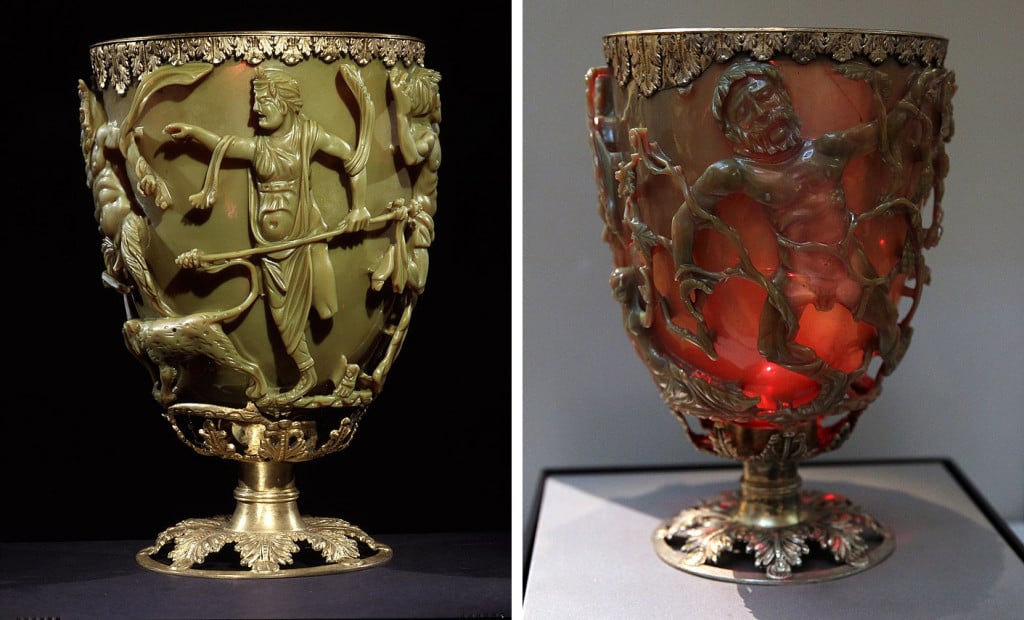 Why does the Lycurgus Cup change color?

The dichroic effect of the cup is due to the presence of gold and silver nanoparticles. 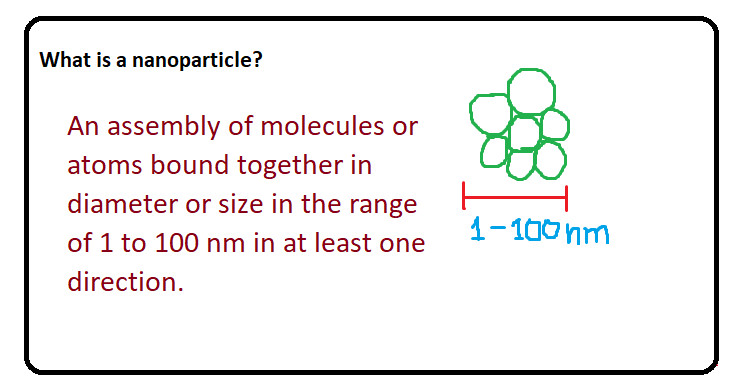 Yes! You read that right. This cup is a great example of how nanotechnology has been a part of our lives from the very beginning and how it was used to complete great craftsmanship even in the earliest days of civilization.

After analyzing the cup using an Atomic Force Microscope, the composition of nanoparticles present in the cup was determined, with their size ranging up to 100 nm. 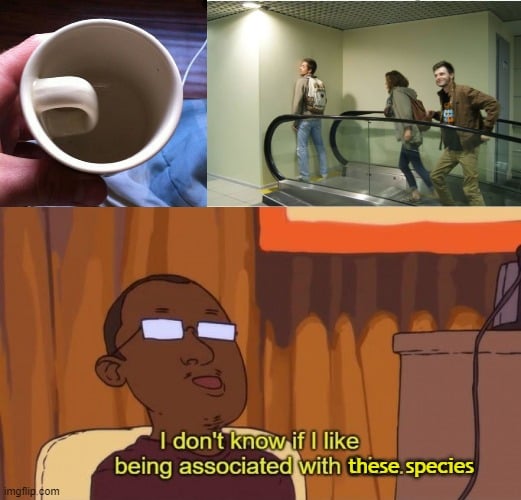 We are well aware that gold is gold in color and silver is silver in color, but why do these cups exhibit red and green colors instead? Those are two completely different colors from the shades they normally exhibit.

This is where the beauty of Nanoparticles comes in.

As the size and shape of a material’s particles decrease, there are significant changes in their optical properties. The optical and electronic properties of nanoparticles strongly depend on their size, shape, and aggregation state. The color they exhibit is due to a phenomenon called Surface Plasmon Resonance. Before jumping directly into SPR, let’s learn about a few related terms and concepts through a simple analogy.

Let’s imagine a classroom scenario. We know how the tables are arranged and how students are made to sit in their respective places, but not all students obey this rule. Some love to roam around the class, and seem to always be at a higher energy level.

Some compliant students might try to bring the roaming students back to their original place, but their efforts are in vain. A strict teacher might contain them for a while, but only a teacher with the same vibe and energy as they are will be able to truly impart knowledge in a way they can understand and absorb. 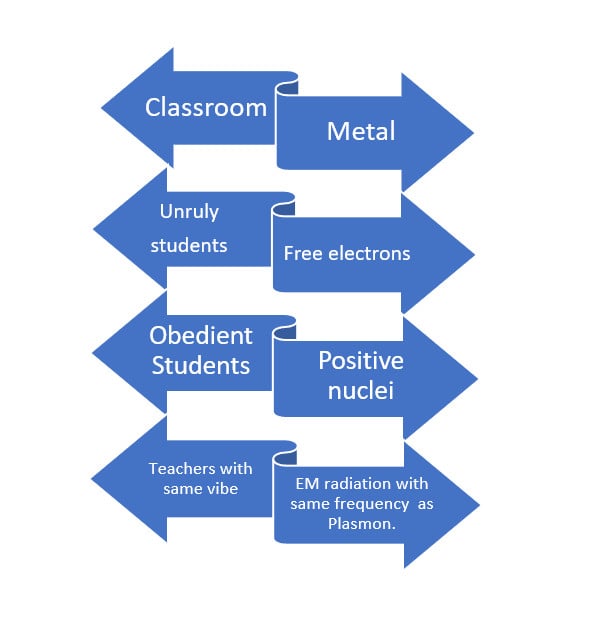 Comparing a Classroom with the Drude model of metal

According to the Drude model, metals were considered to be made of fixed positive ions, from which several free electrons were detached. By definition, this forms a plasma.

Let’s assume we have one such single positive nuclei and a detached electron. 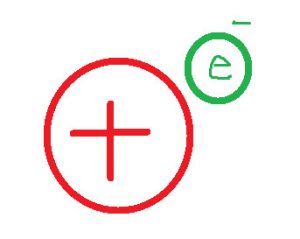 At these frequencies, the enhanced absorption of EM radiation takes place.

When the frequency of the incident light matches the plasma frequency, resonance occurs. This can be referred to as Surface Plasmon Resonance. 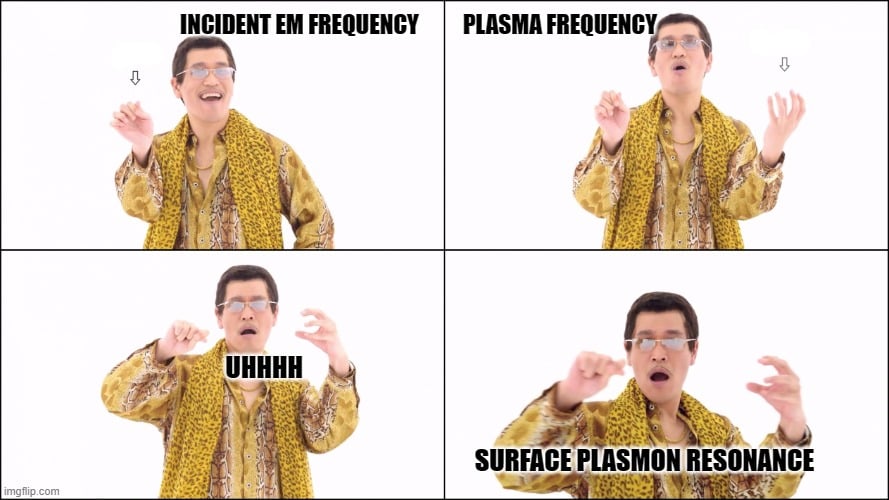 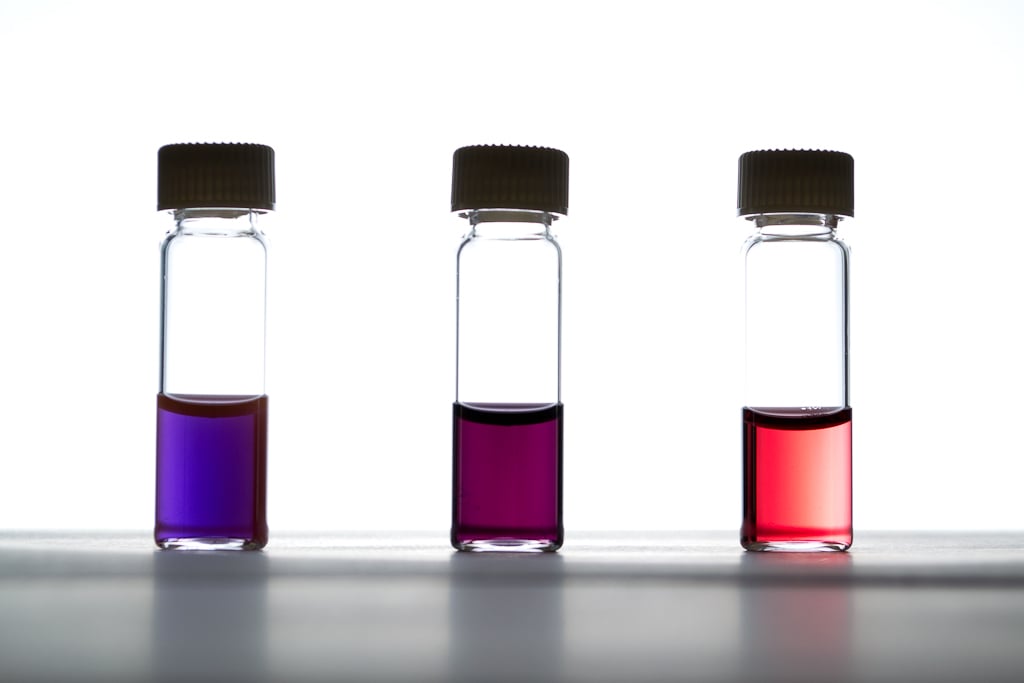 The story depicted in the cup

Another captivating feature of the Lycurgus Cup is its outer decoration. It is intricately carved and depicts the story of king Lycurgus being punished for his crime against Dionysus.

Lycurgus, the king of Thrace, had begun attacking innocent people. When he heard that Dionysus, God of wine and ecstasy, was crossing through his land, he tried to capture him. Dionysus escaped, so Lycurgus captures his nymphs instead. One such Nymph was called Ambrosia.

The captured Ambrosia pleads to mother earth for help. She comes back as the vine and entangles Lycurgus, making him a target for the other nymphs to punish him. Zeus intervenes and saves Lycurgus, but as a punishment for his merciless acts, Zeus turns Lycurgus into a blind wanderer.

The cup shows Lycurgus being entangled by a vine with Ambrosia pleading by their side.

The Lycurgus Cup has not only aesthetically drawn people towards it for centuries, but it has also inspired new technologies. One such technological discovery is the nano LCA. It is a plasmonic sensor that can be used in the detection of biomolecules.