Recently, I was reading the famous novel To Kill A Mockingbird by the late author Harper Lee; in that book is a memorable reference to a knothole in a tree. In the book, the brother-sister duo of Jem and Scout discover a few items (including a small box containing coins, a ball of twine, two figures carved from soap, an entire pack of gum, a spelling medal, and a pocket watch) hidden in the knothole of a tree. 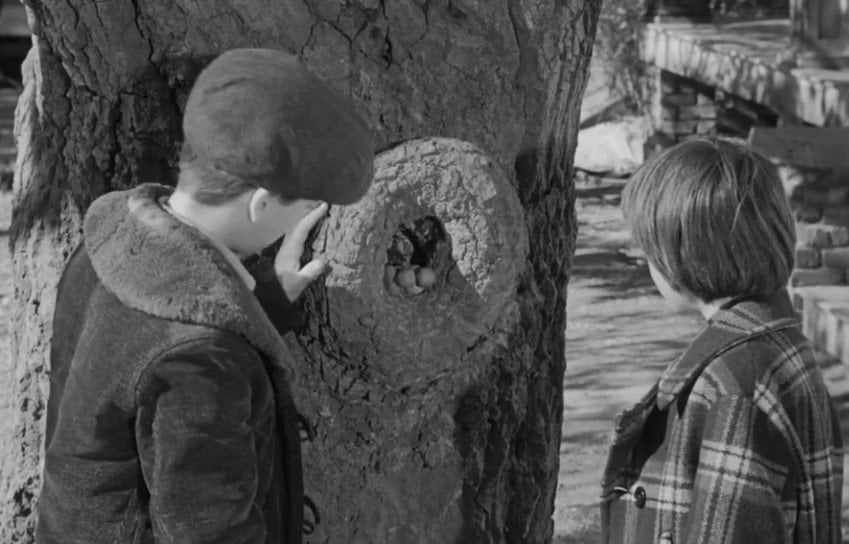 I’ve always been fascinated by knotholes that form on tree trunks; they are nifty and fascinating details that, for some reason, don’t seem to make much sense! Have you ever given it any thought: how do knots form on tree trunks?

Tree trunks are basically solid, right? So how do such knots, which may appear like lumps or holes, appear on the trunk?

Knots are broken off/cut limbs or sprout branches that reveal exposed wood, either sound or rotten. In simple words, these are common blemishes in trees, which are known to often cause holes or lumps within the trunk of the tree in question. 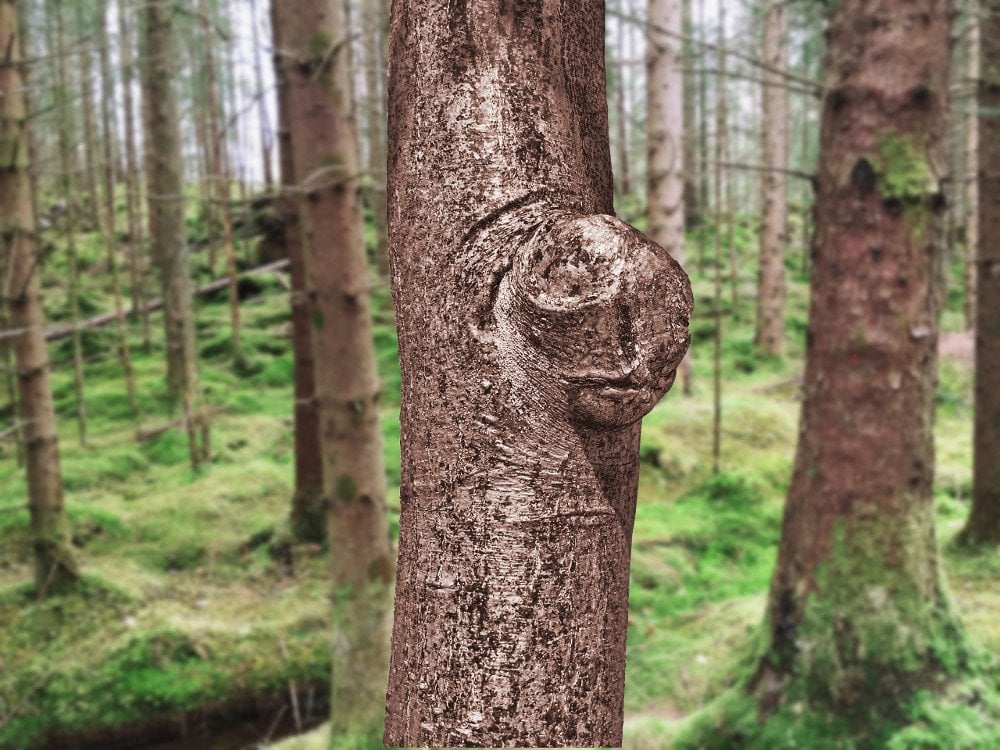 A knot on a tree trunk (Photo Credit: Pixabay)

How are knots formed on tree trunks?

One of the primary reasons behind the formation of knots is the natural growth of the tree. As a tree continues to grow, its lower branches tend to die off and their bases may become overgrown and enclosed by subsequent layer of trunk wood. This leads to the formation of an imperfection in the tree trunk that we refer to as a knot. So, you could say that the knots in wood appear in places where branches once were. Let me briefly explain how a typical knot forms on the trunk of a tree: you see, as a tree grows, its trunk naturally gets bigger too (i.e., its circumference increases). It so happens that the continuously growing trunk overtakes the branches that sprout out from its own surface. As a result, knots form around these branches, and trunk material continues to build up as the tree expands further. The wood in the knot is usually very tough (even harder than the surrounding wood), and therefore, forms a hard bulge around the branch emerging from its center. It is important to understand that the dead branch may not be attached to the trunk wood, except at its base. Also, a knot on the surface of a branch (or log) of a tree always represents a knot in the wood beneath it. Sometimes, knots cause the formation of holes in the wood.

It should be noted that not all knots are formed as a result of the natural growth of the tree; some are also formed due to injuries to the tree (such knots are called ‘loose knots’) or fungal infections, which can spread to other trees as well. There’s even an infection known as the ‘black knot’ disease, which causes rampant knot formation in some trees and is considered harmful for trees. Knots are known to affect the technical properties of the wood. They are pretty hard to cut through themselves, but also reduce the local strength of the wood that surrounds them. However, they don’t necessarily affect the stiffness of structural timber, as elastic strength and stiffness are more dependent on the sound wood than upon localized defects.

Knots are not always bad though; they are often exploited for visual effect. In some cases, knots on trunks add to the aesthetic appeal of the planks that are sawn from those trees. 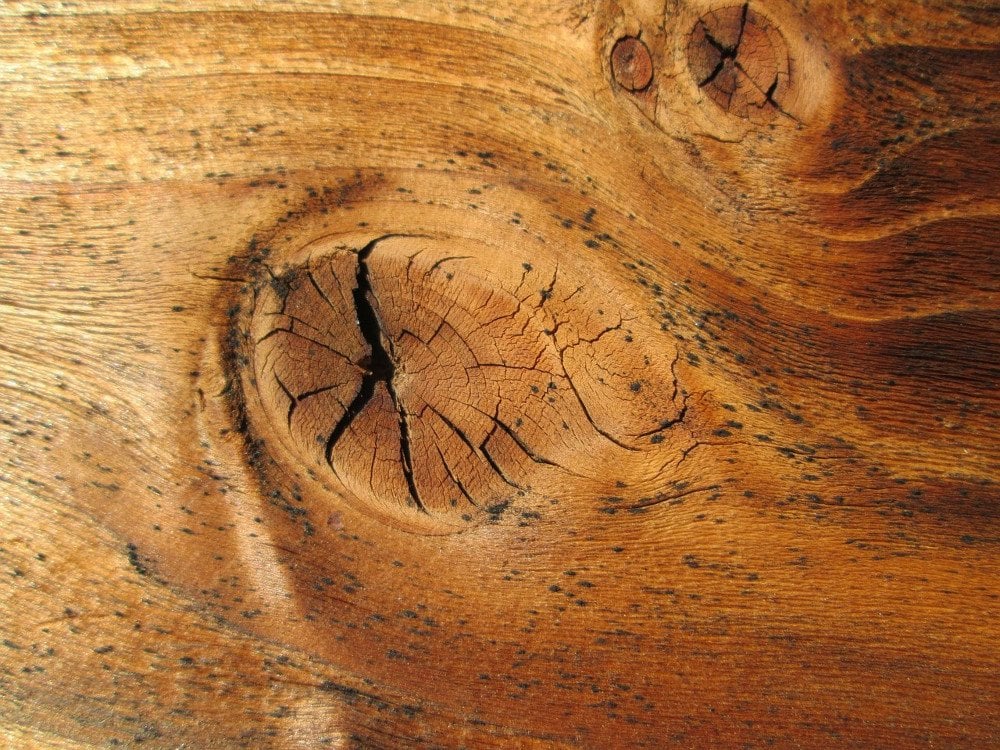 In a plank that is cut longitudinally, a knot appears as a roughly circular “solid” (usually darker) piece of wood around which the grain (‘grain’ refers to the pattern resulting from the longitudinal arrangement of wood fibers) of the rest of the wood “flows” (parts and rejoins).

Thus, knots might compromise the local strength of the wood, but they also add to the aesthetic appeal of wooden furniture.