Home
Nature
How Does A Photon Accelerate To The Speed Of Light So Quickly?

Not only does a photon literally pop into existence out of sheer nothingness, but it also, as soon as it’s born, bolts away at 300 million meters per second. No, it doesn’t accelerate, it either doesn’t exist or it does, and if it does, it’s always racing at the speed of light, until it re-plunges into nothingness when it is absorbed.

The Birth of a Photon

In a published ScienceABC article, the birth of a photon was explained as follows:

Electrons reside inside atoms in different energy levels. When we excite electrons by, for example, in the case of a bulb, heating the tungsten atoms, we elevate them to higher energy levels. However, nature seeks stability; electrons abhor climbing to higher levels. To achieve stability, electrons descend back to their original or even lower levels. When an electron makes this downward leap, the atom emits a photon. As millions and billions of electrons simultaneously descend to lower levels, the tungsten unleashes a massive torrent of photons.

So, basically, light or a photon is born when an electron transitions from a higher energy level to a lower energy level. However, the writer then asks:

If you were to peek inside an atom, would you find a hidden army of uncountable photons, ready to ambush on the electron’s command?

Well, no. The electron jumps to a lower energy level because it craves stability, and to achieve that, it must lose the energy that forced it to climb in the first place. As the article explains:

The universe, unlike in the case of heat energy, cannot squander this organized energy; it must put the extra energy to some use. The result is the instantaneous creation of a photon; it literally pops into existence out of sheer nothing, whatever that is. 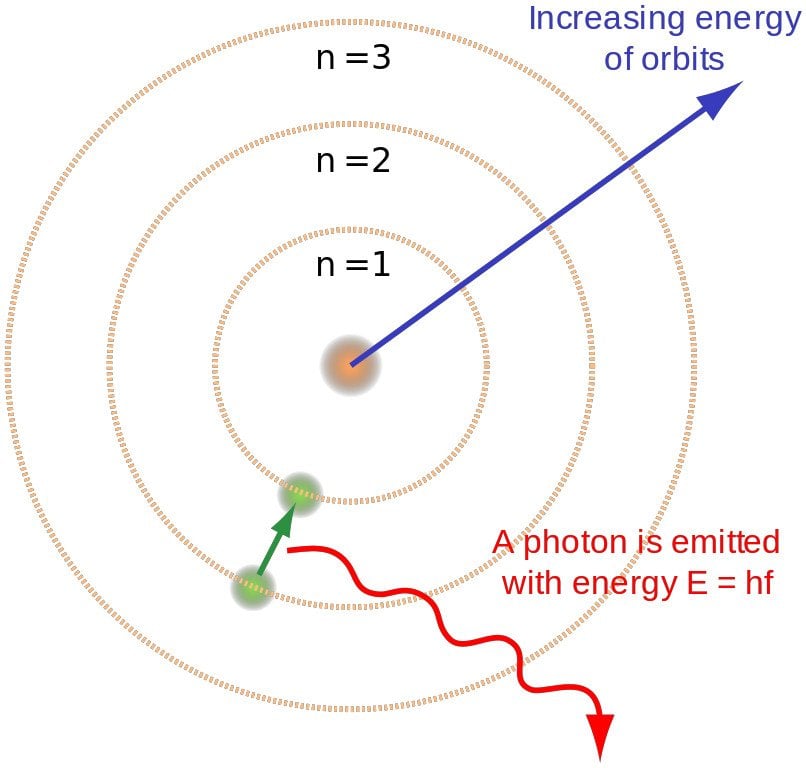 The emitted photon just happens to travel or is already traveling at 300 million meters per second. It doesn’t accelerate from 0 m/s to 300 million m/s instantaneously. Some might attribute this eccentricity to a photon’s utter lack of mass, but this is not true. When a free neutron eventually decays to a proton, creating an electron and an anti-neutrino in the process, also out of sheer nothingness, by the way, the electron emitted is consistently observed to be already traveling at a fixed velocity. It doesn’t accelerate, despite possessing mass. So, what in the world is going on?

A better understanding is attained when we look at a photon – and an electron, for that matter – not as a rigid orb, not as a particle but as a wave, like a ripple in a pond.

Photon as a Wave 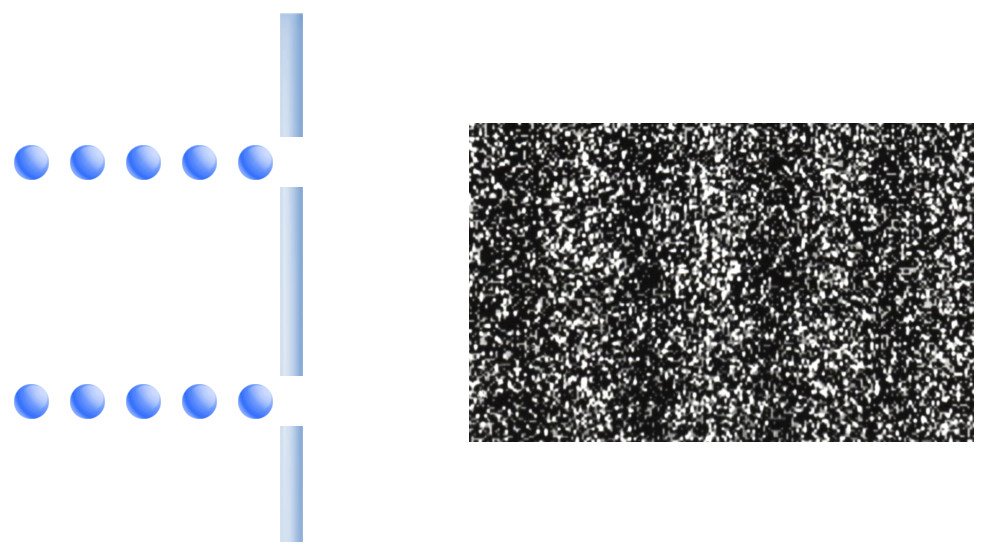 Electrons behaving like waves as they, after being launched through two slits, draw an interference pattern, the very fingerprint of waves, on a screen ahead of them. If you find this absurd, don’t worry, you’re not alone. The absurdity arises from the fact that we tend to mistake quantum mechanical particles for everyday objects of mass m, which when subjected to a force F, are accelerated by a m/s². Quantum mechanical particles, however, are anything but everyday objects; they are unlike anything we’ve yet encountered. Even the Nobel prize winner and one of the most brilliant minds of the last century, Richard Feynman, despite being a pioneer of Quantum Electrodynamics (QED), mused that: “If you think you understand quantum mechanics, you don’t understand quantum mechanics.”

The short URL of the present article is: http://sciabc.us/9FIsX
Help us make this article better
Prev Article Next Article
About the Author: 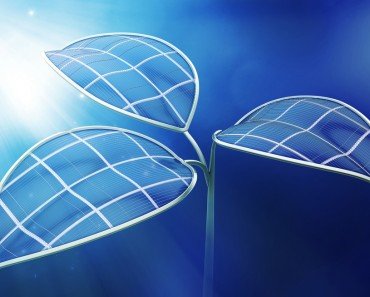