Have you ever wondered how the Eye of Sauron, the bad guy from the popular Lord of the Rings movie franchise, could extend his gaze over all of Middle Earth and create such havoc? It may have been because of that sinister, slit-shaped pupil of the flaming eye! I’m sure that the creators used the slit pupil for aesthetic purposes or to personify evil, but in reality, creatures on this planet have different pupil shapes for more reasons than aesthetics.

The common shape categories of eye pupils in the animal kingdom include circular, vertical and horizontal. An ecological advantage could be the reason why different shapes of pupils exist. Humans, birds, and big cats like lions, tigers and cougars have circular pupils, whereas smaller cats, snakes, and crocodiles have vertical slit pupils. Grazing animals, such as cattle, sheep and goats have horizontal slit pupils. To understand what advantage the shapes of pupils pose for an animal, we first need to understand the basic function of pupils. 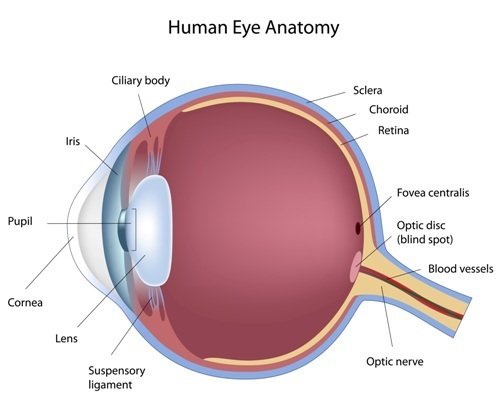 At the center of your eye is a colored globe called the iris. The black hole right at the center of the iris is called the pupil. The pupil takes in light, which helps to form an image on the retina at the back of the eye. The pupil and iris contract and expand in order to control the amount of light that falls on the retina. Under different lighting conditions, the pupil adjusts itself to maintain visibility. For example, in low lighting, the pupil expands to let in more light. Some animals are nocturnal, like owls, others are awake only during the day, and some are active both day and night, like cats. One reason that animals have different shaped pupils is to be able to see at their preferred time of day. However, it seems that controlling illumination levels is not the only reason for the difference in shape.

Another reason for modified shapes of pupils in different species is pure survival advantage. According to whether an animal is a predator or a prey, they need a visual system that aids them in their foraging activities. Each pupil shape has different attributes related to these two domains: illumination and ecological niche. 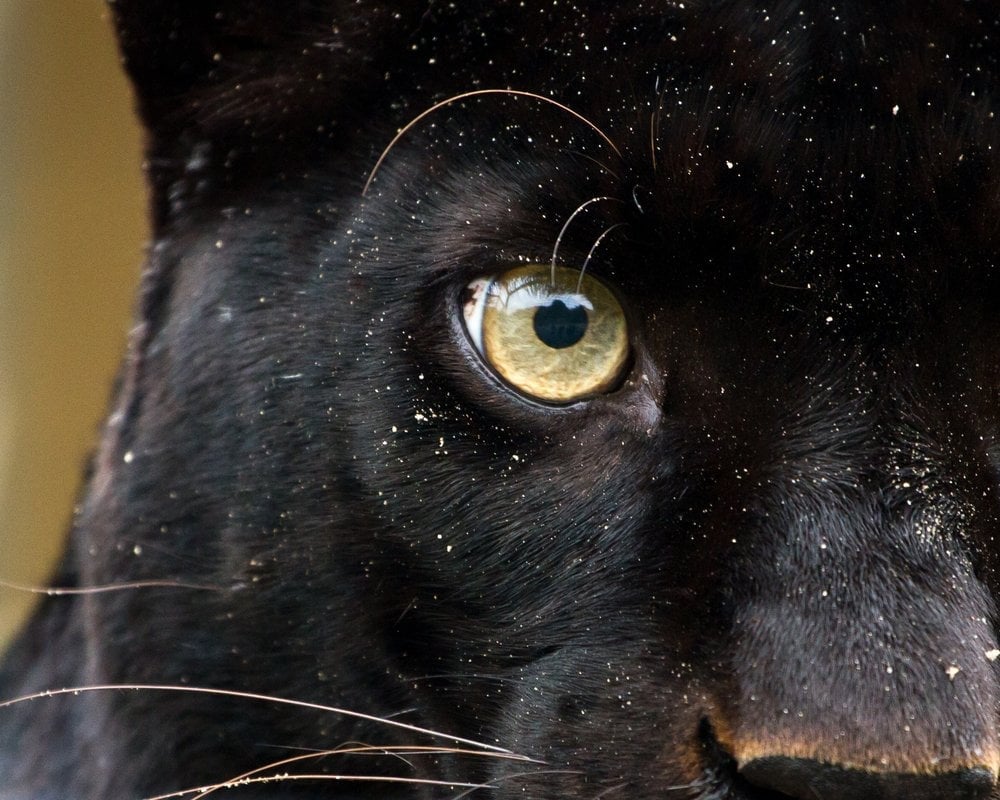 Also Read: Can Animals Have A Third Eye?

These are the normal circular holes we commonly see in the center of human irises. Since humans are typically daytime creatures and are not commonly exposed to the dark for extended periods, it is enough for us to have pupils that dilate and contract, allowing us to see at both bright and relatively low illumination levels. The minimal diameter of the human pupil is 2 to 4 mm, while the maximal diameter (dilation) is 3 to 8 mm. Other animals with circular pupils are also mostly predators, such as tigers, wolves, and dogs, who tend to hunt in low light conditions, but predominantly during the day. Also, these animals are preyed upon by other animals, so their visual systems do not need to be adapted to help them flee. The pupils of these animals, although circular, are still more powerful than human eyes, as they can contract and dilate more drastically than in humans. 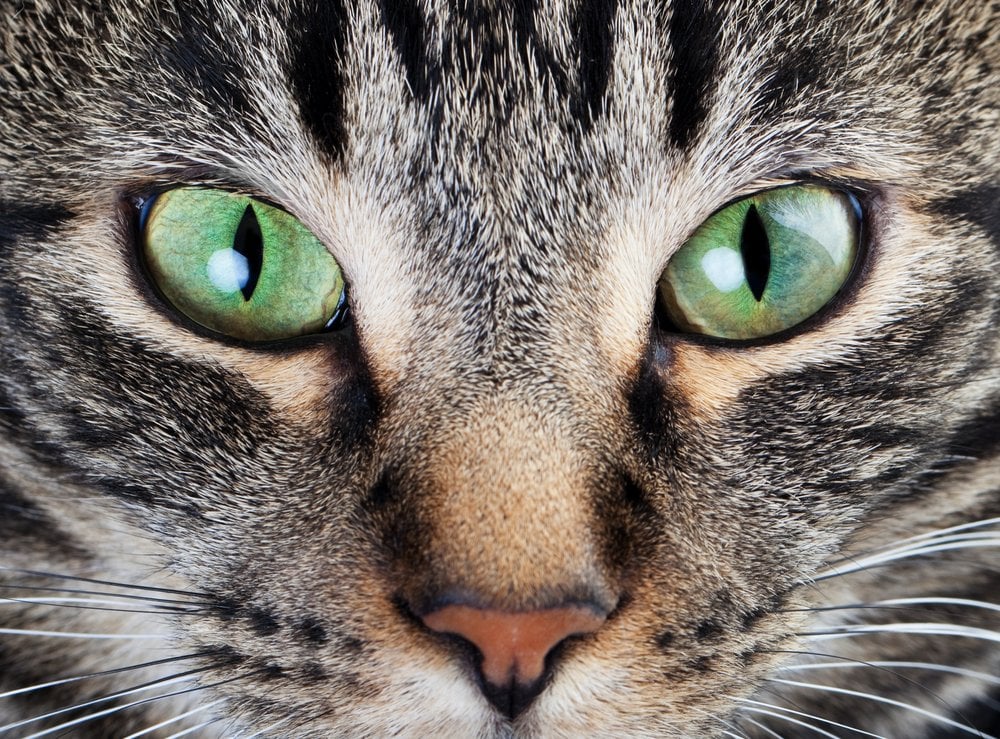 Elongated slit pupils afford a greater amount of dilation and contraction, due to the involvement of two additional muscles in these mechanisms that circular pupils do not possess. More flexibility helps animals with vertical pupils to see better in the dark, even with minimal amounts of illumination, as their pupils are able to significantly expand.  They also prevent these animals from getting dazzled by bright lights, as their pupils can turn to narrow slits, greatly reducing the amount of light entering the eye. Such vertical slit pupils are commonly found among those animals whose hunting activities are restricted to very low levels of illumination. Nocturnal animals, such as cats, snakes, and foxes, possess these elongated pupils. Vertical pupils also increase the acuity of judging distances and reducing blur, which helps predators gauge the exact distance between them and their prey. 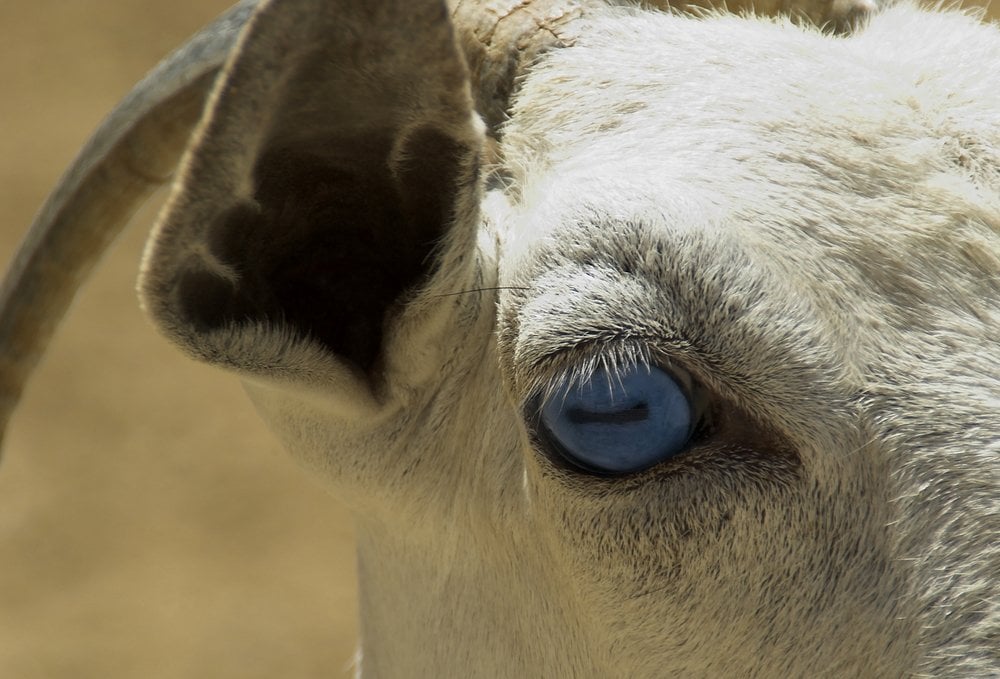 Most grazing or herbivorous animals, including deer, goats, and sheep, have almost square or rectangular slit pupils, and are also normally the animals that are preyed upon. They mostly have laterally placed eyes (on the sides of their head), which gives them panoramic vision. These rectangular pupils, along with the lateral placement of their eyes, gives these animals about a 320- to 340-degree field of vision, as compared to cats, who can only see about 200 degrees around, and humans, who can only see in a 180-degree field. 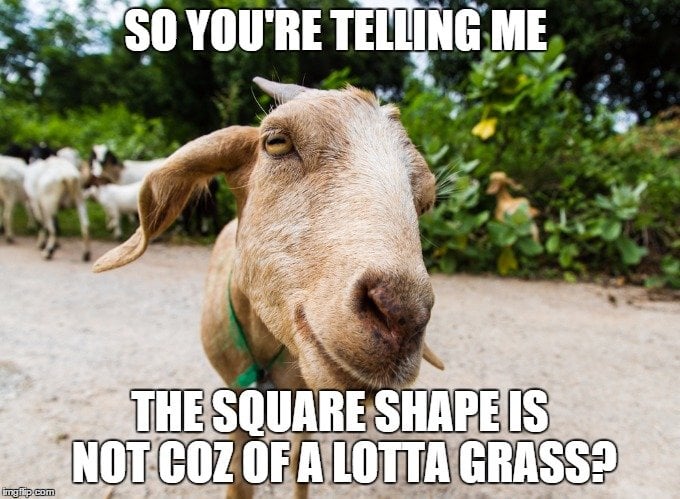 This particular orientation of the pupil is parallel to the ground and limits the amount of sunlight hitting the eye from above, thus preventing them from being blinded by light. These animals also need to see from the corners of their eyes to detect predators and quickly decide on a trajectory to take while fleeing, which is afforded by the rectangular shape. Eyes of grazing animals can rotate about 50 degrees, so the horizontal orientation parallel to the ground is maintained, even if they bend over in order to graze.

Nature truly seems to take an equal opportunity stance when it comes to the evolution of pupils!