The chances of curing cancer are looking better and better as researchers and scientists continue to make progress. While cancer is a complicated disease that can manifest in many different ways, we are slowly but surely understanding it better and finding more effective ways to treat it. There is still a long way to go, but the progress that has been made gives us hope that we will eventually find a cure for cancer.

As human beings, we have accepted that death is a natural part of life, but staying healthy and protecting ourselves against disease is still one of our top priorities. While there are a seemingly endless amount of ways to get ill or endanger your life, there are a few “big name” killers out there that are responsible for a large proportion of death.

No, shark attacks and drowning in bathtubs don’t make that top-tier list, but you’re probably quite familiar with some of the names… heart disease, car accidents, HIV/AIDS, and of course… CANCER! It seems like cancer has become a worldwide epidemic, with dozens of varieties that all seem more lethal than the last. With billions of dollars in cancer research being spent every year, have we made any progress?

More specifically, will we ever find a cure for cancer?

Cancer – Has it Always Been Around?

It seems like cancer is getting worse, or at least we hear about it much more often. There are a few reasons for this, including the fact that people are living longer and that our ability to recognize cancer in its many forms has improved. However, cancer is far from a “modern” disease. For more than 4,000 years, human beings have been aware of cancer, and the earliest medical references to cancer-like symptoms date back to ancient Egypt. About 2,400 years ago, Hippocrates described the illness with the Greek word carcinos, which is where the modern term of carcinogen, a primary cause of cancer, comes from. The presence of tumors was also detected thousands of years ago, but one thing is consistent in all these major texts – there was no known cure.

In some ways, we are just as mystified and frightened by cancer today as they were, because it can seemingly strike anyone at any time.

There are also those who point to the increase in cancer-causing materials and practices in modern life – ranging from carcinogens in the air as a result of fossil fuel burning to behavioral issues like smoking, drinking, obesity, and suntanning.

The percentage of the global population that suffers from cancer is likely higher today than in ancient times, due to behavior like Kramer’s, but the important thing to remember is that people have been suffering from and recognizing cancer for millennia. Unfortunately, they have been just as stymied at finding a cure.

In terms of cancer going even further back, scientists have discovered that hydra – small, coral polyps that have been around for hundreds of millions of years, develop tumors that are very similar to humans. This suggests that cancer might be an unavoidable evolutionary glitch that is present in many living cells and species. The thing is, we have cured countless diseases, from diptheria and malaria to polio and pertussis, so why is cancer so different from other diseases?

Well, to fully dive into this topic, we need a basic understanding of cancer, so here’s a little course I call Cancer 101. While some people think of cancer as genetic, the presence of cancer in your family is not the main indicator of whether you’ll have it. Cancer is caused by cell mutation, more simply explained as copying errors when cells are duplicated and the genes are copied. These errors mean that the new cells stop functioning normally and cannot perform their function. Now, these errors occur when we make new cells, which is necessary when we damage the cells that we have. This is where our own behavior comes into play, as well as the presence of carcinogens in our diet/environment and free radicals in our body. When we damage cells with smoking, drinking, excessive strain from obesity or other chronic diseases, those cells need to be replaced, and when you’re copying 3 billion pieces of information every time a cell splits, mistakes are bound to happen.

However, it seems impossible that thousands of scientists and researchers over the course of thousands of years haven’t found a way to solve these copying errors, but things are slightly more complicated than that…

Cancer mainly begins in those cells that are responsible for repairing particular areas of our bodies. When damage is detected, progenitor cells work to replace those damaged cells with healthy ones. However, if those progenitor cells have mutated and then begin to proliferate (copy themselves and grow), they might continue dividing, expanding into a tumor, and never receive the signal to stop! Apoptosis is “automatic cell death”, which happens to some cells that have genetic mistakes, but cancerous cells manage to evade this destructive process, so the mutation can continue to exist. Each mutation that can lead to cancer is different, because they will occur in different tissues of different organ systems, and have mutated in unique ways. Also, the environmental causes for every individual will be slightly different, so a customized approach is required for almost every person. This why cancer can manifest in so many different parts of the body, and why there is not one universal cure for every type of cancer.

Is There Any Hope?

Fortunately, while we aren’t able to say that we’ve “cured cancer”, there have been amazing advancements in recent years. In fact, for some of the simpler forms of cancer (or ones that we understand better), we do have very reliable treatments and “cures”, but there is an endless variety of cancers, even within the same form. For example, not every liver cancer or breast cancer behaves or responds the same, so “targeted therapies” have become very important in recent years. As we gather more and more data about cancer, we find that we are able to recognize symptoms earlier, aggressively treat those symptoms sooner, and have more success at pushing cancer into remission. Improvements in methodology are also improving the quality and length of life of cancer patients. Refining the treatment methods also means reducing side effects of the often intense therapies and treatments. Chemotherapy and targeted therapeutics are getting better all the time, and protecting nearby healthy cells more effectively than ever before.

The problem is, the plasticity of cancer cells means that they can morph and change and adapt to hostile conditions. Essentially, once cancer has taken hold in the body, it can spread (or metastasize) to other organs and tissues, so custom-designed drugs (targeted therapeutics) might not continue to work. However, progress is definitely moving in the right direction, and cancer survival rates continue to climb. From supercharging the immune system to designing one-of-a-kind drugs for individual patients, we may not be able to ever cure cancer, but we’re certainly not giving up! 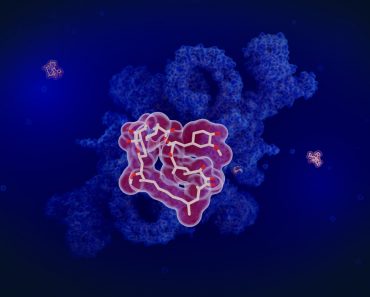