Most of you have likely heard that air bubbles can be a pain if they enter the body, specifically in the bloodstream. While they aren’t always as dangerous as they are made out to be, they can cause or contribute to some pretty tragic consequences, including death.

Our blood carries oxygen normally, so it has the capacity to bear some amount of air entering the blood vessels. This air is carried to the lungs, where it is absorbed or exchanged. However, it is not always rendered harmless by our body. Sometimes it can cause blockages in our blood vessels, some major, and others not quite so dangerous. None the less, it is something that should be avoided, especially during surgeries and other medical procedures that involve any form of cutting and opening the body. During such procedures, there is always the risk of air bubbles entering the body, a condition known as air embolism. So how do surgeons and doctors prevent such occurrences?

Quite a number of procedures risk the entry of air bubbles into the bloodstream, from something as simple as an injection to surgeries, organ transplants, etc. During injections, doctors and nurses often squirt a bit of the liquid into the air after the tapping the syringe. This is done to release any air bubbles, should they have entered the syringe. 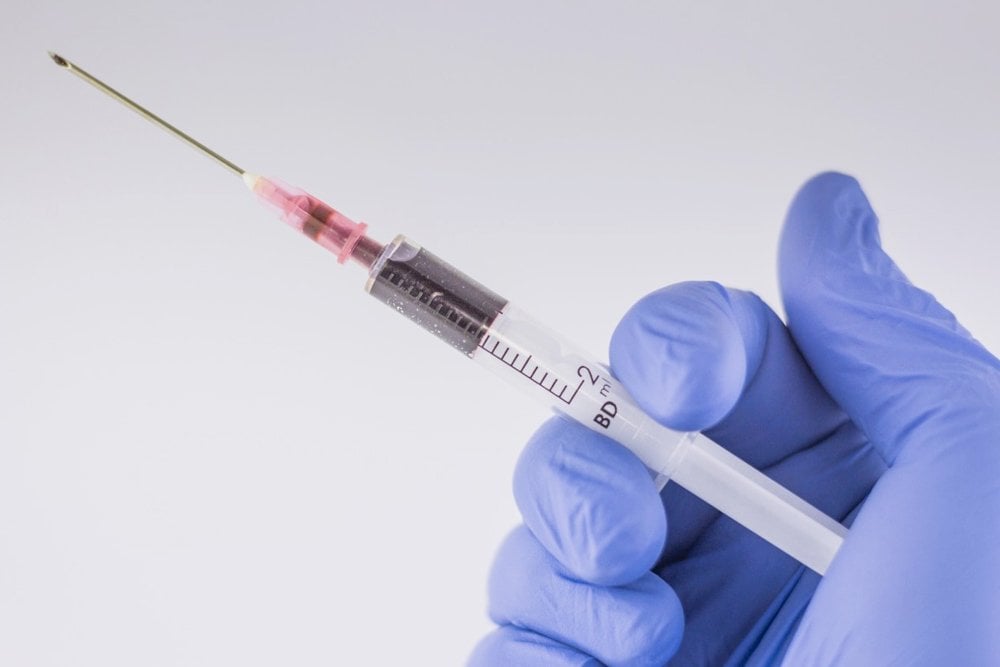 Doctors ensure that there is no air bubble in the syringe before an infection (Photo Credit : PxHere)

Even the insertion and removal of catheters involves a certain amount of risk. Keeping the patient in specific positions reduces the risk of air embolisms. Another factor that plays a role in this is the stage of the pumping heart. As the heart completes a full cycle of pumping blood, there is a difference in the pressure at various stages. Therefore, inserting the catheter during a specific stage, or rather inducing the pressure of certain stages reduces the risk of air bubbles entering. This method of controlling or affecting the pressure of blood is also commonly used in other procedures. The details of the positions used and the methods of controlling the blood pressure are rather detailed and complicated.

Another factor that helps is hydration. A well-hydrated person has been proven to have a lower chance of developing embolisms. During organ transplants, a new practice has been adopted. When the organ is transplanted, all the blood vessels and nerves need to be reattached. Surgeons first reattach the arteries. These are the blood vessels that carry blood to the various organs. Once these are attached, the veins are attached. In this way, they let the blood itself wash away any stray air or gas bubbles that could have entered the bloodstream or the organ.

Air embolisms can be a nasty business, so care must be taken during any kind of procedure that involves opening up the body and exposing internal areas to oxygen.