Sometimes, there is nothing better after a hard day than a cold beer or a soothing glass of wine. Around the world, billions of people have consumed alcohol at one point in their lives or another, and it stands as one of the oldest beverages known to mankind. In fact, most scholars believe that alcohol in the form of fermented drinks has been around for nearly 9,000 years! 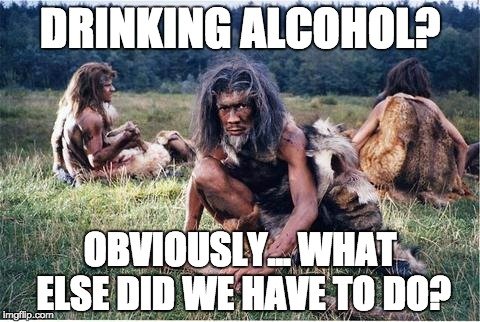 Another ancient obsession is staying in shape and looking good, which can be difficult to do when you’re pouring calories into your body in the form of alcohol. The debate over whether alcohol can make you gain weight, and whether some types are better than others, has been raging for centuries, so what’s the truth?

Well… it’s actually a bit more complicated than a simple Yes or No answer.

Most people are not under the impression that alcohol is calorie-free or a health “booster”, but many of them don’t realize that the calories are not the only problem when it comes to consuming alcohol. Calories derived from alcohol are not the same as those calories you might get from other carbohydrates or energy sources. The body is unable to store the calories that we derive from alcohol, so the body must immediately turn its attention to using those calories, rather than storing them as energy for later.

This may sound good at first, but that means that your body’s metabolism effectively stops when you’re drinking alcohol, and dedicates its attention to breaking down the calories from booze first. If you’ve just eaten a large meal, the calories from that are much more likely to be stored by the body as fat, since they cannot be properly broken down. Unfortunately, being “drunk” often leads to ravenous hunger, which compounds the problem even further.

Essentially, any calorie or fat-burning that was going on in your body will stop rather suddenly, and this is particularly true for the belly, where fat burning falls to almost zero. This may explain the tendency for people to develop a beer belly when alcohol is made into one of their primary food groups.

That being said, it is not a bad idea to eat while drinking, or after drinking. This will not only slow the absorption of alcohol into the body, but it can also help with increasing the feeling of fullness. Food in the stomach can also balance the blood-sugar levels in the body, keeping the metabolism functioning at a low level, even when alcohol is present in the system.

Not only does alcohol slow down your metabolism, but it also provides far more concentrated calories than other carbohydrates and proteins – nearly twice as many per gram! Alcohol also fills the body up less than food, making it easier to consume large quantities (and therefore large amounts of calories) without feeling “full”, per se. Most people know enough to stop eating when their stomach tells them to, but when it comes to alcohol, one or two drinks can easily turn into four or five, which may be far more calories than you expected to intake, and far more time when your metabolism is essentially put on pause. 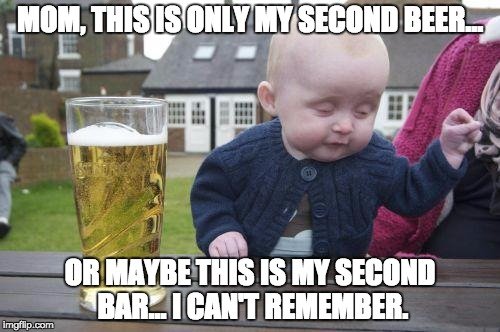 Consuming alcohol also does damage to your internal organs, such as the stomach, liver and kidneys, adding strain to those systems and making your fat-burning processes and metabolism less efficient. Over time, this damage can significantly impact your ability to burn fat effectively, leading to weight gain and adipose fat deposition. Finally, alcohol can negatively interfere with hormone production in the body, including testosterone, which is essential for muscle function and development, as well as the stimulation of the metabolism. By compromising testosterone production, alcohol makes it even harder to burn fat and lose weight.

Not only does the alcohol itself contribute to your weight gain by delivering concentrated calories that the body must burn immediately, but it can also negatively affect your dietary choices. Some people opt to forego a meal in exchange for a night of cheeky drinking, but the carbohydrate-rich alcohol is filled with simple sugars, which break down, but then your body crashes due to blood sugar fluctuations. This results in midnight raids of the pantry for sweets and other “junk”, none of which is doing any good for your figure.

By its very nature, alcohol also helps to remove inhibitions, so it’s easier to break those promises to yourself and eat another plate of pizza if it’s within arms’ reach. It is important not to only consider the direct effects of alcohol on your weight, but also by how it can affect your behavior and decisions.

One choice that you can control is the type of alcoholic drinks you choose to imbibe. Fruity cocktails with many different ingredients tend to pack in a lot more calories and sugars, and are also easy to drink quickly, with the flavor of the alcohol thoroughly masked. For example, your average Pina Colada (9-10 ounces) may contain up to 500 calories in a single cocktail! Pints of darker beer, such as stouts or ales, tend to have fewer calories than their “paler” counterparts, but that is still between 170 and 200 calories per pint. Light beer can often drop that calorie count to around 100 calories per 12 ounces.

Wine, on the other hand, tends to be even lower in calories, and white wine has slightly fewer calories than red wine, about 120 for a 5-ounce glass. A standard shot of hard liquor can even be under 100 calories, so a straight whiskey with soda water may be your best bet at the bar. Mixing that whiskey with Coke, however, could add another 200 calories to the drink, making it just as bad as a fancy tropical cocktail.

A standard glass of champagne (4 ounces) may have less than 90 calories, but unlike some of these other drinks, it is so light and bubbly that it’s very difficult to become “full” on champagne, making it easy to keep filling up that glass, especially when there’s a reason to celebrate.

So No Alcohol = Weight Loss?

Low to moderate alcohol consumption is not necessarily going to make you “fat”, but you need to consider the caloric value of your drinks and compensate for that within your diet. In fact, many studies have argued that one alcoholic drink per day can improve HDL cholesterol levels and improve heart health, particularly in the form of red wine, which also includes tannins and resveratrol – powerful antioxidants that can protect human health. 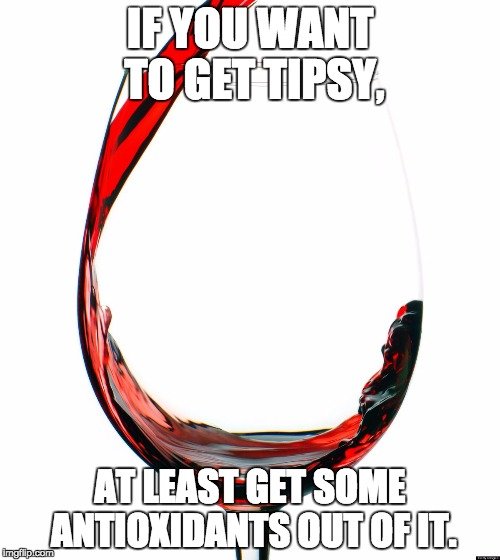 Ultimately, alcohol is going to remain an important social and cultural lubricant, but if you want to watch your weight and prevent a beer belly, you should follow a few simple rules:

Drinking alcohol may be a fun part of modern culture and certain social circles, but if you want to stay healthy, toned and happy as you age, only consume alcohol in moderation. Alcohol is a very powerful chemical, so if you think that you’re struggling with alcohol addiction, speak to a professional immediately and seek out help!