The density of the substance and the arrangement of carbon atoms in diamond is what makes it so hard. Extreme temperatures and pressure are contributing factors during the formation process.

Diamonds are often associated with luxury and grandeur, but have you ever wondered where the first diamond was found?

It was in India!


The first diamond was discovered around the 4th century BC. Up until the 18th century, it was widely believed that India was the only place where diamonds could be found. When the diamond mines in India were no longer productive, however, the search for alternative supply sources began. A small deposit was discovered in Brazil in the early 18th century.

Even so, there was not enough supply to meet the demands of the world market. The mesmerizing fact to remember is that these deposits had already been in place for around 990 million years. 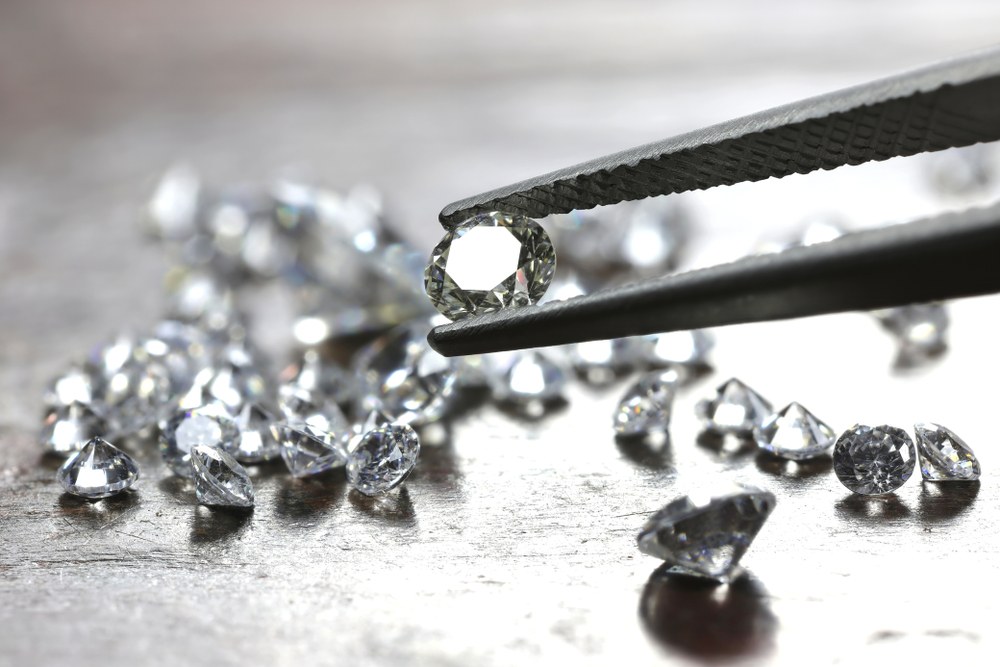 Diamonds were highly valued soon after they were discovered due to their brilliance, extreme hardness, and the fact that they could shape metal and bend light. People began wearing diamonds as jewelry, using them as instruments for cutting, wearing them as talismans to ward off evil, and utilizing them to protect themselves in combat. People in the Dark Ages also believed that eating a diamond would make them immune to disease and help them recover from wounds faster!

You might assume that diamonds are colorless gemstones, but that’s not true!

Diamonds may be found in every color of the rainbow, sometimes referred to as the VIBGYOR colors, and the look of each color tone is distinctively different. The most difficult colors to find are blue, green, orange, and red diamonds.

Rare and beautiful things have always captivated people’s attention. Diamonds maintain their reputation as the most expensive and gorgeous piece of jewelry that one can purchase.

However, the value of diamonds is based on much more than just their aesthetic appeal.

They are valued more than any other gem due to their one-of-a-kind characteristics. Some of these characteristics lead to the use of diamonds in a wide range of industries.

Industries? Aren’t diamonds famous for being delicate and sophisticated?

Well, believe it or not, diamonds are one of the hardest substances on Earth, and are used for many different purposes in the modern world, aside from just being a unique stone. From their use as a tool to remove cataracts from the human eye to their use by beauticians to give you wrinkle-free skin, diamonds do it all. Diamonds are also used in the automobile industry to polish glass and sharpen drill bits. 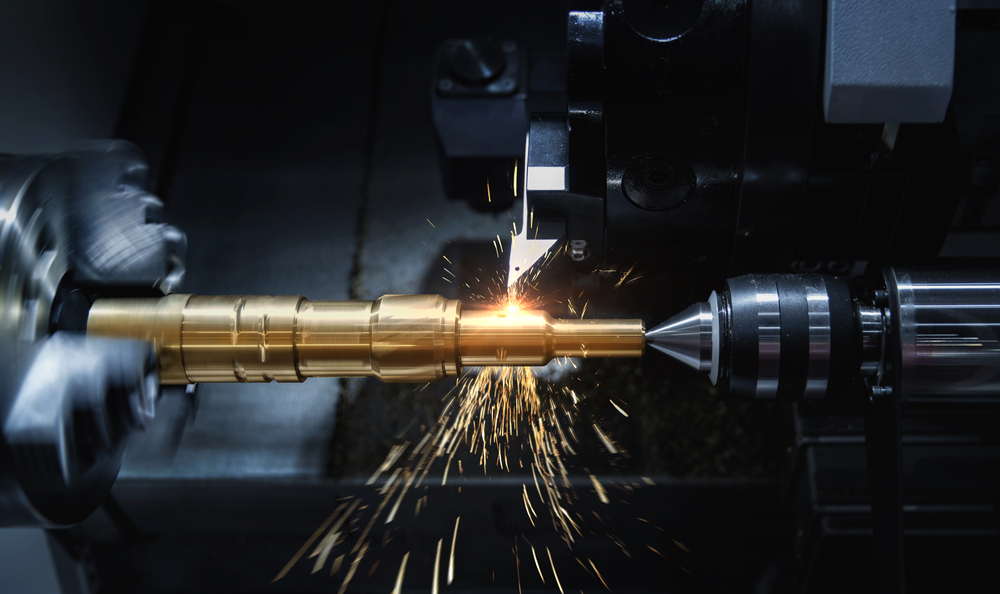 Industrial use of diamond: usage as a cutting tool (Photo Credit : AnnaStills/Shutterstock)

Diamonds are a natural substance that have been proven to have the highest level of hardness. On the Mohs scale, diamonds get a perfect 10 out of 10. In 1812, German geologist and mineralogist Friedrich Mohs developed the Mohs scale to measure the degree of a mineral’s brittleness. Because of their incredible hardness, another diamond is the only item capable of scratching a diamond.

The fact that diamonds are made of pure carbon—the same element as coal—is perhaps the most amusing fact about them. One is so expensive that wars have been fought over it, while the other is merely appreciated if we think about it in monetary and energy production terms. 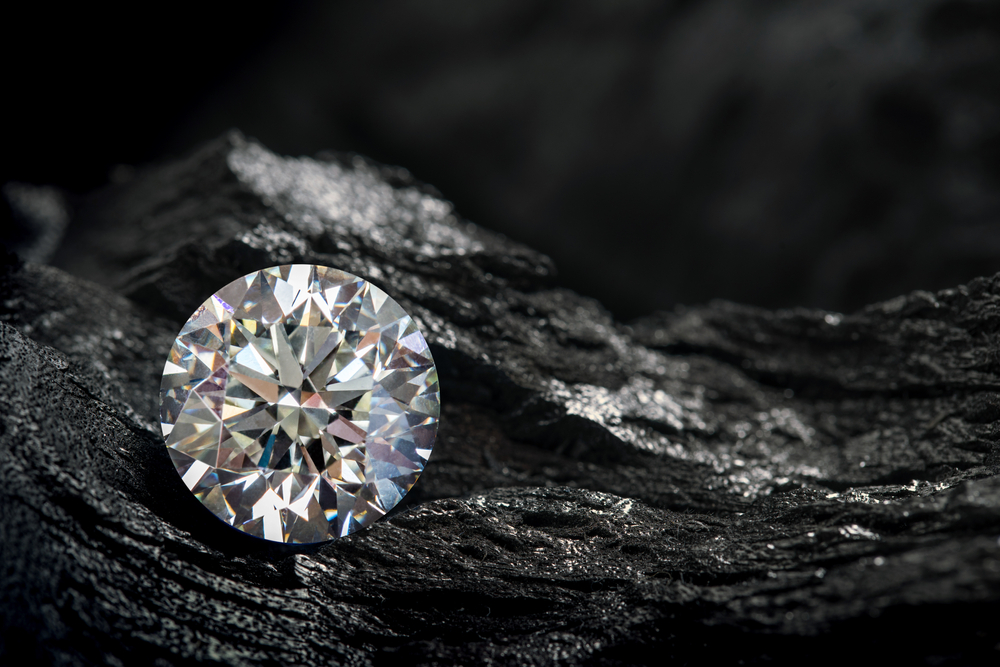 Why did Mohs Declare the Diamond to be a Perfect 10?

Quite simply, the density and arrangement of the carbon atoms. The main reason why diamonds are so hard is the carbon density in the diamonds.

Diamonds have a very high specific gravity. Diamond has a density of 1.76 × 1023 atomic numbers per unit volume at normal temperature!

A diamond that is roughly one one-thousandth of a cubic centimeter in size contains around two sextillion carbon atoms. This figure corresponds to the number of sand grains on all the world’s beaches. No other material has atoms in such close bonding with one another. One can deduce how tightly packed this substance truly is.

Furthermore, carbon is subjected to tremendous heat and pressure for a very long period before transforming into diamonds. This carbon requires a depth of about 150 to 200 kilometers, deep in the Earth’s mantle, to transform into a precious stone one day. However, that “one day” can take 1 to 3.3 billion years to arrive!

Extreme heat and pressure cause the molecules of a diamond to rearrange themselves into an arrangement that prevents them from moving; this is called covalent bonding. Because these molecules are packed so close to one another, they can establish a strong bond, which contributes to the diamond’s resilience.

Moreover, a diamond is a naturally occurring mineral almost entirely composed of crystalline forms of the element carbon. It has a cubic structure per the isometric system. An isometric crystal structure refers to the fact that the carbon atoms in a diamond are connected in approximately the same way, regardless of the direction from which the crystal is viewed.

The hardness of this substance is the reason it is so extensively used in the industrial sector. A substance so hard, yet the epitome of delicacy… nature is indeed miraculous.