Varnishing is a long-standing practice in both oil and acrylic painting in which a resinous or oil-based substance is spread thinly and evenly over the surface of the completed painting. This serves two distinct purposes: to improve the overall visual quality of the painting and to protect the painting surface from the external environment.

Think back to the last time you were walking through an art museum, specifically an exhibit that featured the old masters, or paintings from antiquity. Many of them were likely dulled by time, and their colors were darkened, making it difficult to make out the minute details.

However, a few of the paintings in the gallery likely popped in your vision, with more vibrant colors and defined features, as though they had been painted far more recently. Yet, when you looked at the placard beside the painting, it would likely be just as old as the dark, seemingly ancient paintings around it.

What you were noticing was that some paintings were freshly varnished, while others were not. If you have ever seen a 400-year-old Caravaggio painting that seemed to leap off the canvas, then you understand one of the primary benefits of varnishing, a practice that dates back, in some form, thousands of years.

Before you can understand the benefits of varnishing in terms of fine art, you must begin by having a clear vision of varnish itself. Over time, many different substances have been used as varnish, but generally speaking, varnish is derived from natural or synthetic resins that dry clear and evenly when spread thinly over paint. There is a wide variety of varnish options on the market, including those that will provide a matte or gloss finish.

The earliest evidence of a “varnish” being applied to fine art is in ancient wall paintings of Greece and Rome, in which wax has been discovered on some of the larger wall frescos. While this was a rudimentary approach to protecting the art, it accomplished the basic goal of any varnish—establish a protective layer between the art and the external environment.

Centuries later, as the Renaissance flourished and the popularity/patronage of fine art soared, the desire to preserve and protect paintings became prevalent. Painters of the time used a range of substances, including egg whites, insect excrement and tree resin to spread over the top of their finished paintings. Depending on the substance that was used, the final effect could be quite dramatically different, and the same remains true today based on the type of varnish an artist chooses.

The Renaissance artists employing such techniques may not have understood the long-term benefits of applying such varnish to their work, but they probably saw the immediate benefits, namely a more vibrant work of art!

While varnish was made from organic sources for centuries, synthetic varnishes are now widely available, though they don’t necessarily have the same qualities as their natural cousins. Artists choose their varnish very carefully, depending on the expected longevity and placement of the work, the type of paint they’re using, and even the style of painting they employ. Some artists refuse to varnish their work altogether, leaving their work exposed to the elements, or framing them behind glass instead! 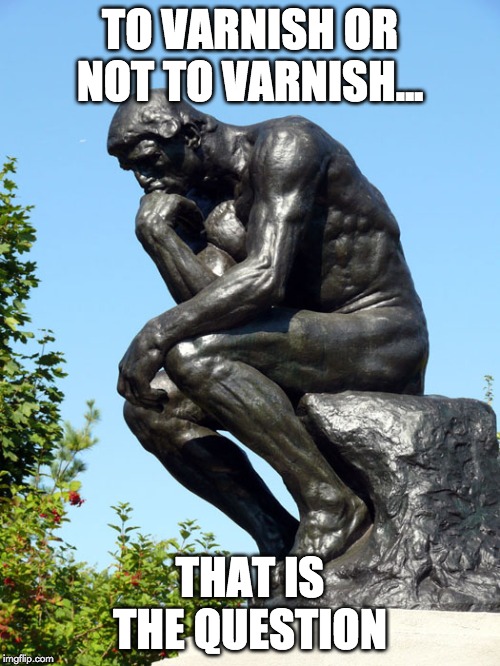 While not every artist chooses to use varnish, the benefits are undeniable, in most cases. The two primary benefits, as mentioned at the top of this article, include protecting the painting from the outside elements and improving the visual aesthetic of the painting itself.

Applying a thin layer of varnish to the top of a painting means that you are essentially coating the oil or acrylic in a harmless resin that will block any dirt, dust, grime or smoke from landing on and embedding in the paint surface. Removing this dirt years or centuries later would damage the painting itself.

However, a varnish can be carefully removed (we highly recommend that only trained art restorers do this), thus removing the layer of dirt and dust along with it. A few decades or centuries later, a new varnish can then be applied over the original exposed paint surface, which has been restored to its bright and vibrant former glory.

Dirt has a way of nestling into the cracks and small pores of paintings, changing their appearance forever, but varnish is extremely thin and clear, preventing the most minute details of a painting from being obscured by time.

Obviously, when a layer of varnish (and dirt) is removed from a painting, it improves the brightness and clarity of the painting, which is a long-term aesthetic benefit of this practice, but in the short term, varnishing also makes a painting pop. Applying a resin or oil-based layer to the painting will increase the refraction of light above the painted surfaces, making the colors more apparent and defined.

Furthermore, a varnish can even out the surface of the painting, providing a unified matte or glossy appearance, depending on each artist’s preference. Gloss varnish is known to increase the sense of depth in a painting, and also saturates dry paint areas.

A matte varnish can be very striking, but also lightens some of the darkest areas of a painting. Gloss paintings may also have to deal with glare and refection, based on how it is lit/hung, whereas matte varnishes don’t face the same challenges.

Clearly, there are pros and cons to every type of varnish, but the ability to enhance the aesthetic quality and counteract some of the natural aspects of oil and acrylic paint (i.e., fading over time as it fully dries) is a huge reason why artists embrace this practice.

Despite all these positive aspects of varnishing, it is not appropriate on certain types of painting. Gouache, watercolor and hand-drawn work should not be varnished, as these mediums do not provide enough of a layer between the canvas/paper and the varnish.

Essentially, the varnish will soak into the canvas and mix with the paint or watercolor itself, making it impossible to remove without damaging the painted surface. Oil and acrylic are traditionally safe for varnishing because they effectively block the canvas or paper, so the varnish merely sits on top like a protective layer, not an integrated element of the paint itself. 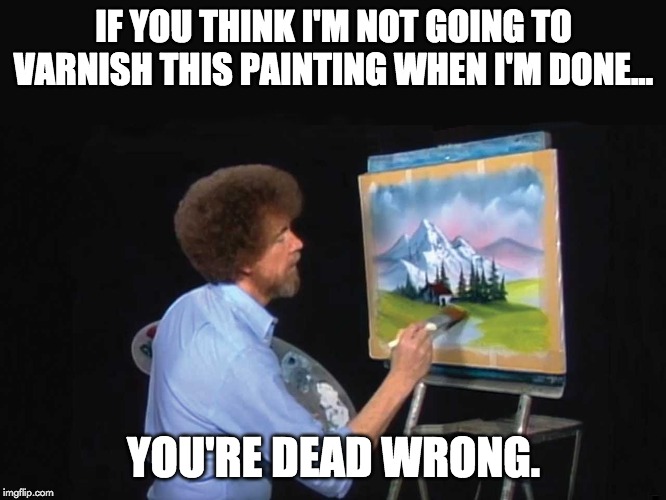 Even some acrylic painters have their complaints about varnish. Some acrylic paints are soluble in the same solvents used to remove the varnish, so using too much of this solvent can begin to damage the work below. A trained restorer knows what types of varnish removers are safest, and also understands the delicacy of this process, but amateurs shouldn’t try this at home!

Also, the varnish itself will begin to darken over time, not only due to exposure to dirt and dust. Organic varnishes have a tendency to yellow faster than synthetic varnishes, but the former are often preferred for a softer and warmer aesthetic.

There are plenty of options out there for artists who want to varnish their paintings and help them stand the test of time. The varnish you choose depends on the visual effect you want to create, so try a number of them until you find what suits your style best. Remember, in a few centuries, when an art restorer is bringing one of your paintings back to colorful life, you’ll be happy you took the extra step and put a varnish on your work! 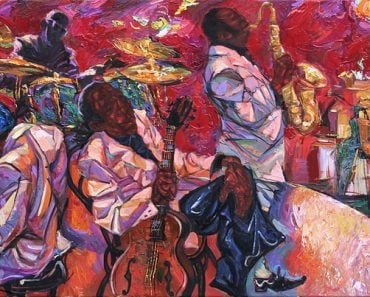