The geologic time scale pieces together the history of Earth like a “calendar”. It unifies on a single scale the period starting with the creation of the planet and the present moment.

Your best friend’s birthday is next month. Your winter vacation starts next week, and you missed your dentist’s appointment yesterday. How do you remember all these important dates in your life?

You use a calendar! You mark all the dates according to your preference and organize your time accordingly.

Now consider a geologist who is working with data that occurred millions of years ago. The calendar we use today might not be a suitable choice to mark all the episodes of the geological past. Think about the inconvenience of marking the appearance of single-celled organisms and the extinction of dinosaurs on the same calendar!

The need to organize geological history and correlate geological events on a global scale gave rise to the geologic time scale. International committees now decide which divisions of geologic time are officially recognized.

The GTS (Geological Time Scale) divides Earth’s history according to the various types of life that existed at different points since the planet’s formation.

What is the basis of the Geological Time Scale (GTS)?

The earliest geologists used simple principles to date the rock stratum. Danish physician Nicholas Steno (1638- 1687) explained how the location of a rock layer can be useful to show the relative age of that layer. He developed three key ideas that serve as the cornerstone of the contemporary science of stratigraphy.

William Smith realized in 1793 that fossils may be an extremely powerful tool for determining the relative ages of sedimentary strata. He named his famous theory the “principle of faunal succession”. 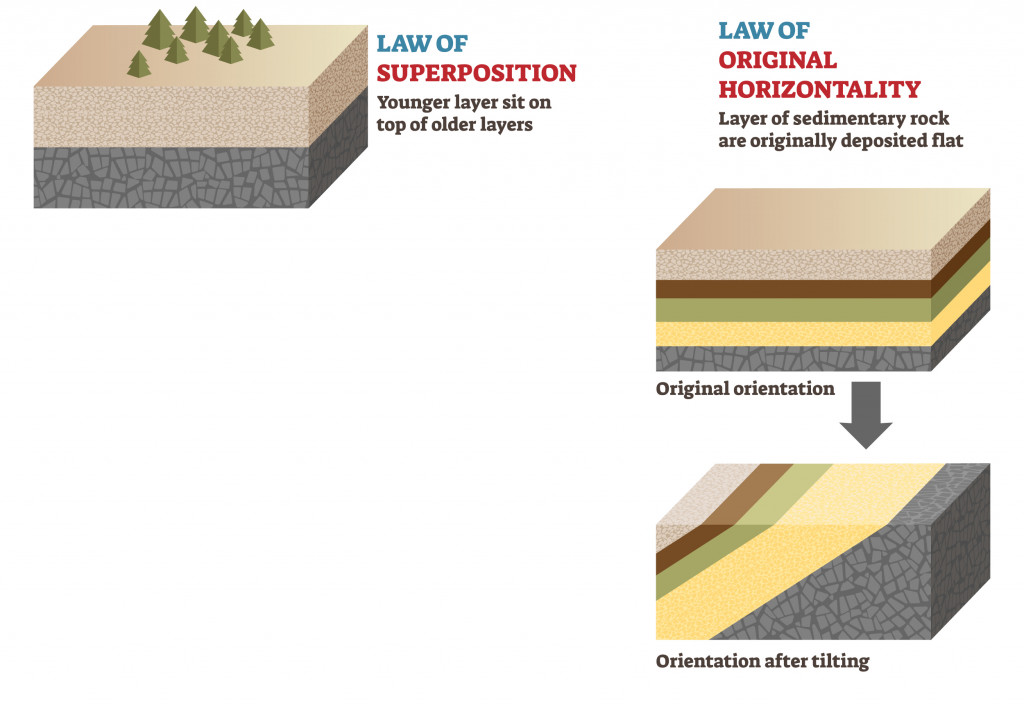 Later, the publication of Charles Darwin’s Origin of Species in 1859 was instrumental in providing a strong theoretical foundation for paleontology. Geologists came to understand that the fossils found in each sedimentary layer must represent the species flourishing during that deposit formation. Because organisms develop gradually through time, this laid the foundation of the first GTS.

How is the GTS divided?

Geological time is divided into discrete and comprehensible pieces of time.

The eras are the fundamental divisions of the GTS. The origin of the word “zoic” is “zoo,” which means animal. The three identified eras are the Paleozoic Era, which contains rock records of ancient life, the Mesozoic for middle life, and the Cenozoic, representing newer life forms. These divisions show significant shifts in the makeup of ancient fauna, with each era distinguished by the dominance of a certain animal group.

The larger Eras are broken down even further into periods, and these periods are split into smaller Epochs, which further split into ages. This is done according to significant modifications found in the living forms. 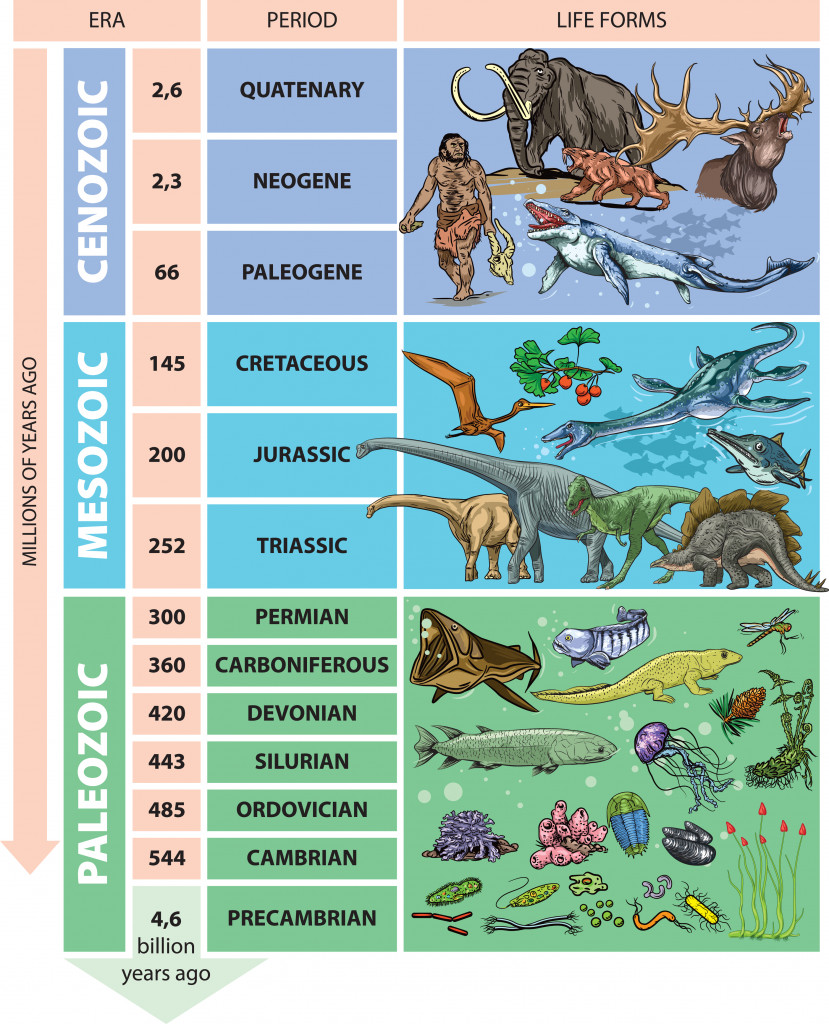 An eon is the division of the geologic time scale greater than the era. It was developed to depict the rich history of Precambrian time. It is based on the isotopic ages of meteorites and terrestrial rocks. Four eons are currently accepted. The Haden eon marks the formation of Earth about 4.56 billion years ago. The Archean and Proterozoic Eons are the other two divisions.

The hierarchy of the GTS comprises eons, eras, periods, epochs, and ages, from largest to smallest.

What marks the boundaries of the GTS?

The boundaries of various divisions of the GTS represent major mass extinctions. They reflect the brief time interval in which many species simply vanished from the fossil record and were later followed by the emergence of several new species.

For example, the Permian-Triassic boundary marks the extinction episode known as the “Great Dying,” which happened 251.4 million years ago. It has been described as the “mother of mass extinctions” because it is the only known event to wipe out species of insects, as well as up to 96% of marine species and 70% of terrestrial vertebrates.

Another event of great importance falls at the Cretaceous-Tertiary (K/T) boundary. This signals the start of the Tertiary Period and the Cenozoic Era, and the end of the Cretaceous period and the Mesozoic era, about 65.5 million years ago. The last of the dinosaurs perished, along with two-thirds of all other species on Earth as the result of the massive asteroid strike at Chicxulub.

Where do we lie?

We are witnessing the Holocene epoch of the Neogene period in the Cenozoic era. Holocene means “completely new”. The Holocene contains all of documented human history, including the rise and demise of every civilization you’ve ever heard of. Some experts argue that the Holocene epoch is over, and that we are now living in the Anthropocene epoch.
The current and critical loss of biodiversity at the global level due to human interference has already been referred to as the Anthropocene extinction—the sixth of the greatest mass extinctions.
The geological time scale not only reflects the past, but also connects us to the great history of our planet and makes us realize that we are indeed living in the midst of history today!