While all plant-based milks are more environmentally friendly than dairy milk, they also have their own individual vices. Producing almond milk requires a lot of water, oat and soy take up a lot of land and cause deforestation, while rice production leads to many greenhouse gas emissions, among other things.

Gone are the days when dairy milk was the only type of milk available for our morning cereal. Over the past decade, the milk industry has seen the rise of various plant-based milks, from the more conventional coconut and oat milk to slightly more unique walnut and hemp milk. The global plant-based milk industry is estimated to be worth more than $16 billion.

These plant based milks are primarily marketed on two fronts. First, it is claimed that they are more nutritional than regular dairy milk, and second, manufacturers brand them as environmentally friendly. The first claim is unquestionably true and backed by nutritionists, but the claim of being environmentally friendly requires a more thorough inspection.

Dairy milk is definitely damaging to the environment, but what about plant-based milks? How environmentally friendly are they? (Photo Credit : Rimma Bondarenko/Shutterstock)

Let’s start off with the most detrimental type—almond milk.

Almond Milk: How Is Almond Milk Bad For The Environment?

While that may seem like a good conversion ratio, wait until you hear how much water it takes to grow 1 kilo of almonds.

To put this into perspective, an average human drinks about 0.5 gallons (2 liters) of water every day. To sum this all up… to make a single gallon of almond milk, about 1,012 gallons of water is needed, which is enough to extinguish the thirst of more than 2,000 humans! 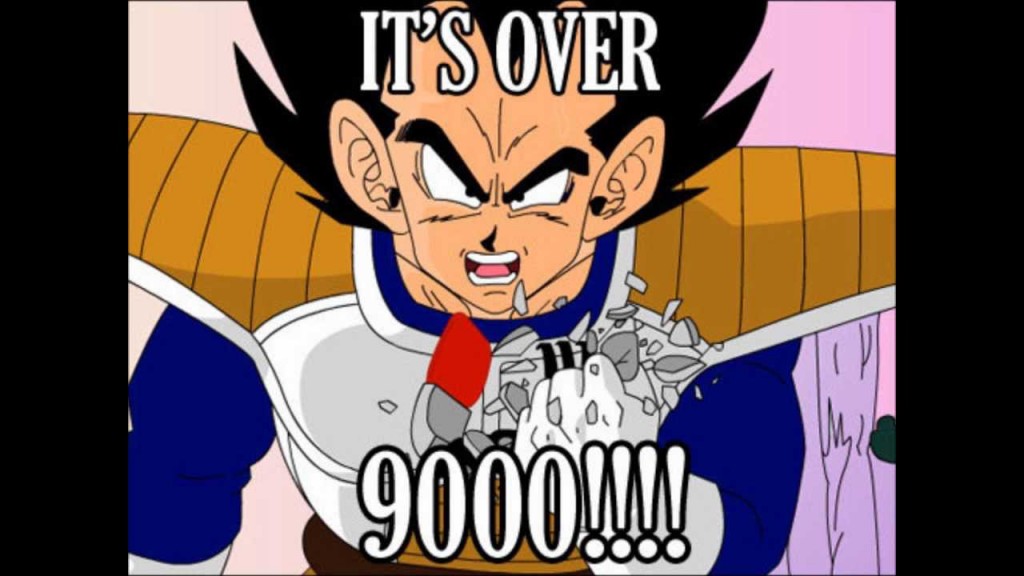 How much water is required to produce 10 gallons of almond milk? Over 9000!!

The numbers become even more menacing when we weigh in the water status of California. It is one of the most populated states and a major agricultural producer. As of 2018, 80% of the world’s almond produce came from California. However, it has been experiencing persistent droughts in recent years. The years from 2011 to 2014 were some of the driest years ever recorded, prompting strict water-restriction measures.

Also Read: How Can Being Vegan Save The Environment?

These droughts and the immense amount of water required to grow almonds prevent almond milk from being an environmentally friendly alternative.

Rice milk and almond milk are both cut from the same cloth, as they both require a significant amount of water. However, rice milk surpasses almond milk in terms of the greenhouse gases emitted per liter of milk produced.

To cultivate rice, the paddy fields need to be flooded with water. Not only does this cause fertilizer/pesticides to run off into nearby water bodies, but it’s also home to anaerobic microorganisms. These include organisms like fermentative bacteria and methanogenic archaea. The metabolic processes going on in their bodies produce methane as a byproduct. Some of these methanogens make use of atmospheric carbon dioxide to generate ATP as they reduce it to methane.

Methane is considered the second-most harmful greenhouse gas after carbon dioxide. Apart from methane, rice cultivation also emits another greenhouse gas called nitrous oxide (commonly known as laughing gas). Research indicates that for 200g of rice milk, about 0.23 kilograms of greenhouse gases are emitted, which is second only to dairy milk.

The amount of greenhouse gases emitted per glass of rice milk produced, coupled with the amount of water required and the danger of pesticide runoff into nearby water bodies, which can be fatal to human and animal life, does raise the question of its environmentally friendly nature.

Soy milk is one of the most widely consumed plant based milks, alongside almond milk. While it may not consume as much water as almond milk and rice milk, it does take up a lot of land in the wrong places. Soy milk is derived from the legume variety of soya bean. The majority of the world’s soybeans are grown in South American countries, such as Brazil and Argentina. Vast lands of the Amazon rainforest in Brazil are deforested for the purpose of cultivating soybeans. The same goes for forests in Argentina.

Along with being the cause behind major deforestation in some countries, the greenhouse gas emitted per glass of soy milk is also greater than almond milk. 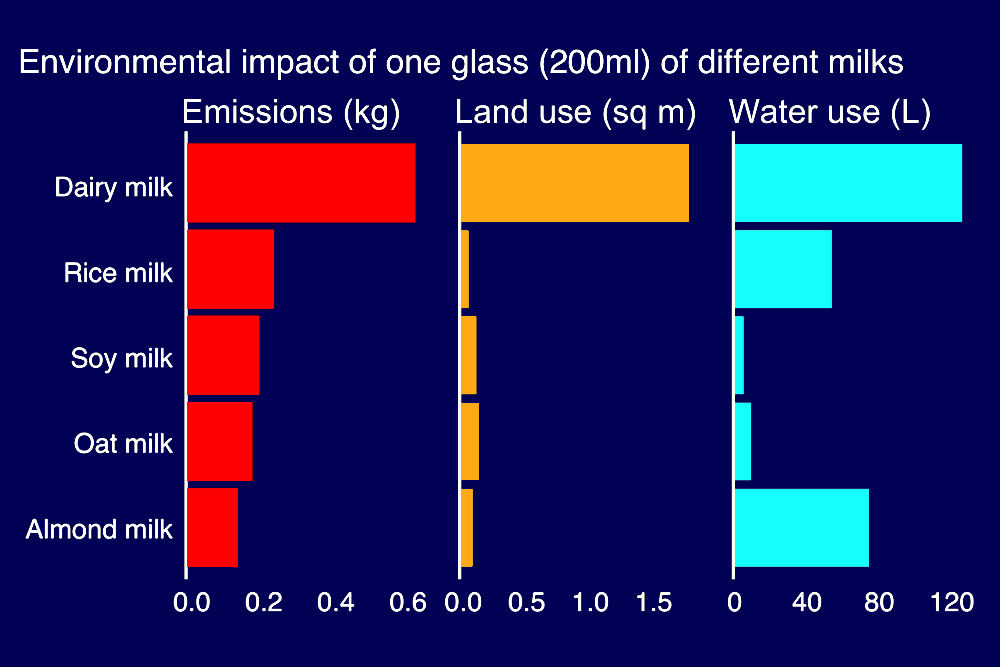 A single liter of soy milk requires roughly 300 liters of water and takes up 1.15 square meters of land to grow.

The production of oat milk has the same environmental vices as soy milk. Each glass of oat milk may lead to fewer overall greenhouse gas emissions, it does take up slightly more land and water than soy milk.

Also Read: A1 And A2 Cow Milk: Is There A Difference?

While all of the above-discussed milk types have their own environmental vices, none is more damaging than dairy milk. It surpasses all other plant-based milks in terms of the amount of water required, land usage and total greenhouse gas emissions per 200g of dairy milk. It takes roughly 131 liters of water and 1.81 m2 of land to obtain 200g of dairy milk. Coupled with 0.62 kg of emitted greenhouse gases, this makes dairy milk the least environmentally friendly option of all available types of milk.

So… which is the most environmentally friendly plant-based milk? There’s no definite answer, but all of them are better than dairy milk, making it worth switching for the sake of a better future and the longevity of our Earth.