The inner ear converts sound vibrations to electrical impulses. The auditory cortex processes and correlates these impulses to generate a memory.

You know the feeling you get when a song reminds you of someone, or the time when you absolutely didn’t know a certain song, but could still hum the tune? How are you able to recall all of that?

Obviously, our brain is why we have so much audio content stored, but how does that sound get recorded? Especially with the perfect frequency and pitch, remembered just the way you heard it! Sometimes, all of these audio recordings also have visuals accompanying them! Come to think of it, it’s kind of like a movie—a movie going on in your brain! 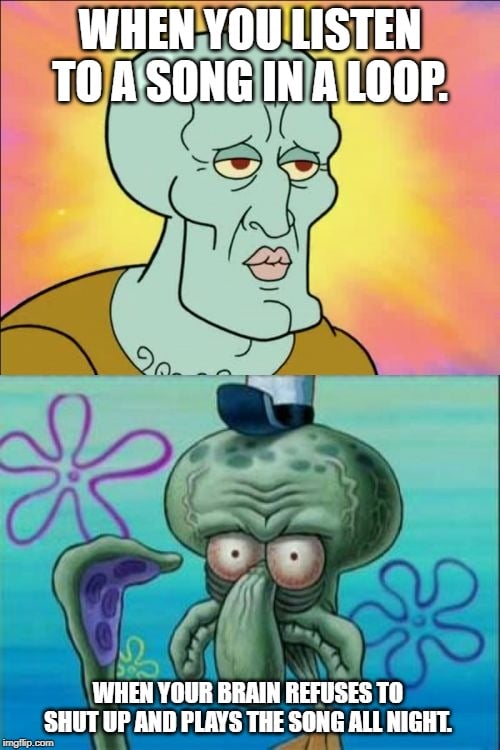 How Does The Brain ‘Hear’ Sound?

Our body is basically a transceiver. The body receives certain signals from the sensory organs and reacts accordingly. The sensory organs function as transducers, meaning that they convert the physical sensations into electrical impulses that travel through a network of neurons and reach the brain, which is the microprocessor of the body. The brain has different areas that are tasked with functions and responses and the neural networks ensure that information reaches the right area.  If the neural wiring is messed up, then there is some serious trouble!

For sound to reach the brain, it must travel through the ear, get converted into an electrical signal, and reach the auditory cortex of the brain for processing. This process is not as easy as it sounds!! (Pun intended) 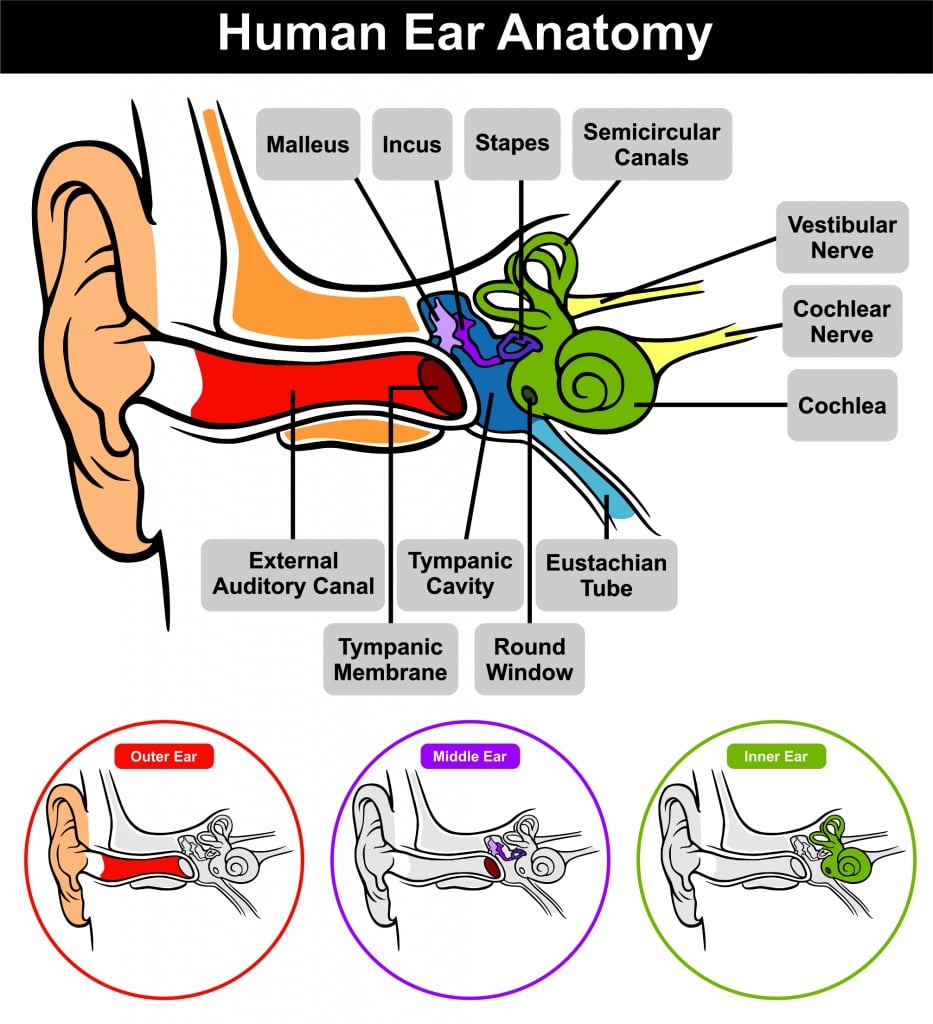 As can be seen in the figure, there are three major parts of the ear:

How Does Sound Travel Through The Ear To The Brain?

If you observe the cochlea carefully, you will see a coiled structure. This coil is known as ‘Corti’. It has specific hair cells that perform this task of converting signals.  Now, these hair cells have what is known as ‘stereocilia’ trapped between two membranes—the lower one from where these hair stick out is the basilar membranes and the membrane above these hair cells is the tectorial membrane.

When sound vibrations hit the eardrum and subsequently the corti, the lower basilar membrane also vibrates, which makes these stereocilia dance. This intense dance routine disturbs both the membranes, which cause the stereocilia to bend and accommodate the changes. Due to this change in orientation, there are changes in the hair cells.

If you observe the hair cell structure, it will be seen that the cell connects to multiple nerves that connect to the brain. Now, when the stereocilia bend due to the vibrations, the cell membrane opens up, which allows the calcium and potassium ions to enter the cell. These cause depolarization, i.e., a shift in the electric charge distribution, due to which potential is generated. This generated potential is the electrical impulse that travels through the nerves to the brain.

What Happens In The Brain?

The electrical impulse reaches the part of the brain that can decipher and process this input. Sounds are processed in the auditory cortex of the brain. Neurons in the auditory cortex are arranged in a spectrum, which means that the neurons responding to low frequencies are bundled at one end and neurons able to process high-frequency sounds are on the other end of the spectrum.

There are also areas in the auditory cortex that identify the pitch or the distance of the source of the sound. After all this extensive processing, the brain deciphers the sound and its implications and relates the inputs of other sensory organs to the sound.

You know how you feel sad when you hear a certain song or experience the chills when you hear someone crying in pain? The brain basically correlates the information from all the sense organs and helps you feel and express emotions.

How Does The Brain Recall?

The brain, as we know, is a neural network. Information travels through different pathways at varying frequencies. Some pathways are more used than others and these are often stored in the memory. Whenever there are impulses running through the widely used paths of the brain, the previously stored information is realized. The associations formed previously are refreshed, which is what helps you relive the memory.

Simply put, the brain replays whatever happened when there is an impulse in the respective pathway.

Interestingly, these pathways are useless if the transducers, i.e., the sense organs, stop working. The hair cells of the cochlea are not regenerative and once they lose their ability to bend, they cannot convert the vibrations into electrical impulses. The destruction of these cells causes a loss of hearing in people. Noise above the threshold frequency is the primary reason for the deformation of these cells. People who have hearing issues must be trained to hear with a device. The training is for a person to become comfortable with the artificial organ, as well as for the brain, so that it starts receiving signals from unused pathways.

Hearing, as you now know, is a complicated task—at least for the brain. After the long and tedious process of filtering the sound, the vibrations of the eardrum, the dance of the stereocilia, and the subsequent polarization and depolarization of hair cells, one small impulse is finally generated that zooms through the neurons, informing the brain that your ear has caught something. The brain, being the supercomputer that it is, finds out all it can about the sound—its pitch, location, frequency, and a hundred other details every single time!

Also Read: How Do We Filter Out Certain Sounds? 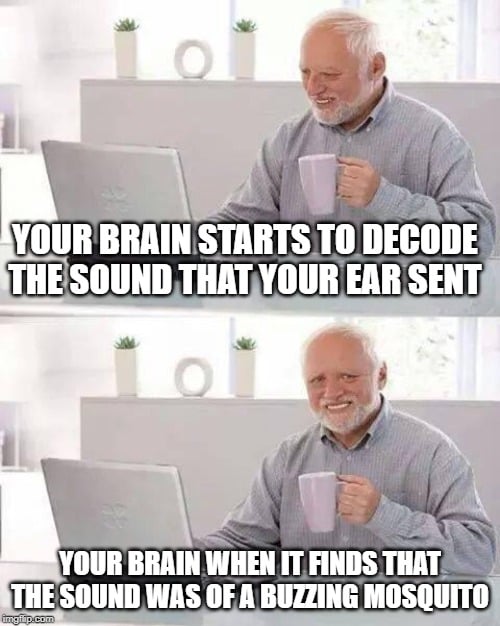 So, the next time you hear a song and a sudden memory resurfaces, you’ll know that what took approximately 1,000 words for me to describe happened in only a fraction of second, all thanks to your amazingly powerful brain!