Home
Eye Openers
Did The Apple Fall On Newton’s Head?

Well, here is your answer. You can leave now. Shortest article ever, huh?

Still hanging around? Fortunately for you, the real story is so much more interesting than an apple falling on a stylized 17th century wig.

It all began with a fateful meeting of three great minds in a coffeehouse somewhere in London. Edmond Halley, Robert Hooke and Christopher Wren were sitting together, contemplating the motion of planets. It was known that planets orbited the Sun in an elliptical orbit. The planets also travelled slower the farther you went away from the Sun.

The three were confounded as to why the planet would move as such. Maybe there was a mathematical law to their motion? Wren offered a generous prize of 40 shillings to anyone who could solve this.

Robert Hooke claimed he had already calculated the outcome. The other two were excited. Hooke’s intelligence was not something to be underestimated. His interests knew no bounds. He discovered the cell by observing it through his own invention, the compound microscope. He improved on the telescope. He designed to rebuild London after the Great Fire. Using coiled spring, he derived the law of elasticity. Halley especially couldn’t wait to see Hooke’s papers.

You must have heard of Halley’s comet, haven’t you? The comet was named to commemorate him – a cartographer who mapped the Southern Hemisphere, a professor of geometry in Oxford, and an inventor of the deep sea diving bell, the weather map and the actuarial table. He wrote extensively on magnetism, tides, and also surprisingly enough, opium. Ironically, the one thing he didn’t do was anything in regards to the comet named after him.

But Halley was up for disappointment. Hooke didn’t deliver on his promise for months to come. Annoyed, Halley took the problem to the queer scientist living surreptitiously at the Trinity College. This oddball of a professor had invented the reflecting telescope and had solved central questions about the nature of light, all before the age of 22. Frustrated with the limitations of conventional mathematics, he invented an entirely new form of math- Calculus. He had laid the foundation of spectroscopy. His name was Sir Isaac Newton.

And he was cowardly hiding out in Cambridge because of his squabble with Hooke years ago. Hooke and Newton: Now look what you have dooone

In 1684, Halley visited the reclusive Newton. When Halley put forward the problem, Newton stated, ‘Why, I have already calculated it’. Struck with joy, Halley asked for his calculation. But well, Newton had lost the academic papers. Yup. The man had absentmindedly lost some of the most valuable mathematical formulae ever created. Newton had summed up laws of motion in neat mathematics, not just for Earth but for the entire cosmos. Flabbergasted at the elegance of Newton’s calculation, Halley convinced him to write an entire book regarding it. Thus, the Principia was born. And the world of science has never been the same since.

THE PRINCIPIA VS. THE HISTORY OF FISHES

It wasn’t easy, though. If it hadn’t been for Halley’s resilience, the Principia would have never seen the light of day. Newton was a famously difficult prickly person. He refused to write the third volume because Hooke, yet again, demanded that it was he who had discovered gravity first. Hooke had a history of taking credit for ideas not his own, and Newton was his favourite subject for torment. Still did not produce any document to prove it, though. Safe to say, Hooke was the king of false claims. Nonetheless, Halley somehow managed to convince Newton to write the third volume. But a greater struggle was waiting for Halley.

The Royal Society of London refused to print the Principia. You see, the Royal Society blew up its entire annual budget on the History of Fishes- a book that unsurprisingly didn’t live up to their financial expectation. But Halley was a determined man. He edited and printed copies of the Principia at his own expense.

To make matters worse, the Society informed him that it could no longer afford to pay his annual £50. Instead, he would be paid in the copies of- wait for it- The History of Fishes.

But Halley persevered! And we should thank him for doing so. I wonder if Wren paid him his well-deserved 40 shillings though! Halley is so done with the drama

The short URL of the present article is: http://sciabc.us/cvyG9
Help us make this article better
Prev Article Next Article
About the Author: 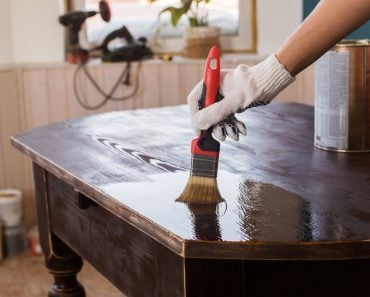