Fungi are eukaryotic organisms that belong to the Fungi kingdom, one of the five major classifications of life. There are an estimated 3-4 million species of fungi, but less than 150,000 have been classified and studied. Fungi make up a critical part of ecosystems around the world, and are essential for the nutrient cycle.

If you’ve ever taken a relaxing stroll through a dense forest, you will have noticed the wide variety of plants, ranging from mosses and vines to shrubs, bushes and trees. However, plants aren’t the only living things that populate the natural places of the world. There is an entire other kingdom of organisms that are more closely related to animals than plants, although they are more similar in appearance to the latter. Although they are not studied nearly as intensely as animals and plants, Fungi make up a critical part of ecosystems around the world, and deserve just as much attention! 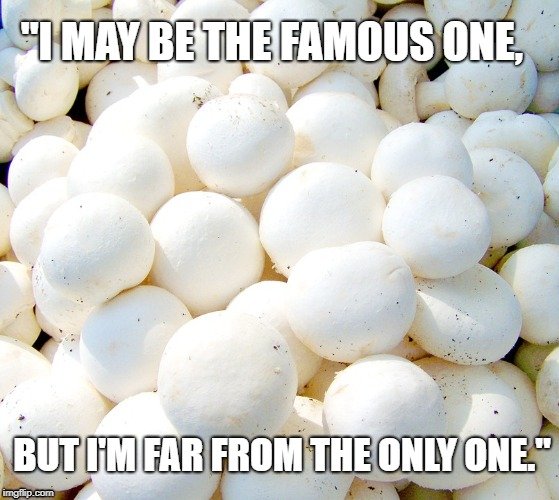 Why Do Touch-Me-Not (Mimosa Pudica) Leaves Close When Touched?

Fungi are the eukaryotic organisms belonging to the Fungi kingdom, one of the five major classifications of life on this planet. Some of the most commonly recognized types of fungi include mushrooms, yeasts and molds. Some fungi are edible and readily accessible, while others are poisonous, microscopic or extremely rare. There are an estimated 3-4 million species of fungi, but less than 150,000 have been classified and studied. At this point in the kingdom’s taxonomic progress, there are seven main phyla of fungi: Ascomycota, Basidiomycota, Blastocladiomycota, Neocallimastigomycota, Glomeromycota, Microsporidia and Chitridiomycota.

As mentioned, fungi may have some resemblance to plants, and were in fact categorized as such for a long time, but they actually have more in common with animals. First and foremost, fungi do not photosynthesize, meaning that they cannot produce their own food through the absorption of the sun’s energy. Instead, they absorb the necessary nutrients from their surroundings and environment through the use of digestive enzymes, similar to animals and their digestive processes. This also serves a very important purpose in the world, as fungi are the only organism that can break down the tough lignin of trees. Without fungi, all the leaves that fell from the trees, as well as the trees themselves, would simply remain where they fell! 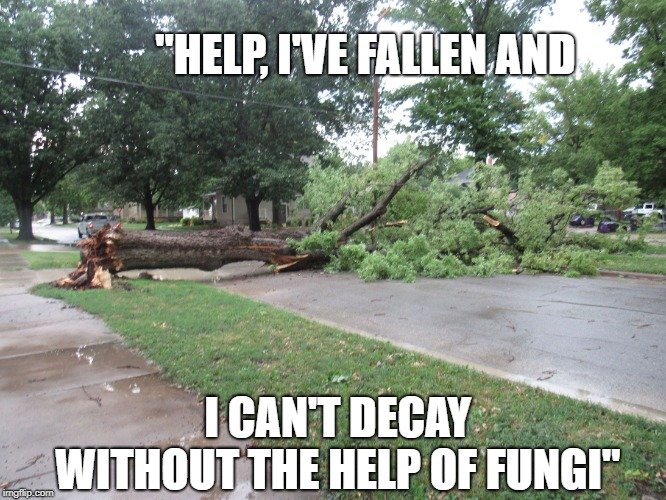 Most fungi are located in soil or dead/decaying matter, which is where they harvest their food (from other organic matter). You can often find examples of these organisms on fallen trees, but they can also form symbiotic relationships with plants and animals, in which both the fungi and the other organism will both benefit. Unlike animals, which have the freedom to move under their own power, fungi are not nearly as mobile, relying on growth to spread to new areas. However, there are some species that demonstrate minor levels of mobility, namely through airborne or waterborne spores.

Due to fungi’s inconspicuous nature, and their preference for “hidden” ecosystems, you may not notice these organisms as you pass by them on your forest stroll, but if they are a species that generates fruiting bodies, i.e., mushrooms, they are much easier to spot!

As mentioned above, there are seven main phyla in the Fungi kingdom, some of which you may recognize, but others that you may have never heard of or seen before!

Ascomycota – This group is often referred to as “sac fungi” and include truffles – one of the most expensive foods on Earth! This division of fungi tend to have bright and vividly colored fruiting bodies, which may signal that they are dangerous and should not be consumed!

Basidiomycota – All mushrooms and toadstools belong to this classification, which is the largest and most well-known phyla of fungi. Most of these fungi are located beneath the ground, making them hard to see, but the fruiting bodies rise above the soil (e.g., mushrooms). Blastocladiomycota – These are soil-dwelling fungus that rarely appear aboveground, and absorb debris and organic matter of all kinds. Some examples of this phyla include plant parasites that affect everything from chitin and cellulose to keratin and pollen.

Neocallimastigomycota – These fungi live in the digestive tract of certain animals, helping to break down grass and other organic matter. This fungi is best known for their presence in the bodies of sheep, who lack the enzymes to break down grass, their main food source.

Glomeromycota – This is a small and highly specialized group of fungi that form symbiotic relationships with liverworts.

Microsporidia – These are microscopic, single-celled fungi that form parasitic relationships with beetles and other small insects.

Chitridiomycota – These are some of the oldest forms of fungi, and are known to digest some of the toughest proteins, such as chitin, cellulose and lignin.

Many of the basic characteristics of fungi were explained above, but there are a few other aspects of this kingdom that make it so unique, and decidedly different from plants and animals.

In this form of reproduction, when hyphae are separated from the rest of the mycelium, it can develop into a new, independently functioning fungi. This can happen either accidentally or on purpose. Some of the other forms of vegetative reproduction include budding, rhizomorphs and fission. In budding, parent cells form a smaller bud that eventually is squeezed off and separated. In fission, a single cell divides into two identical individuals. Sclerotia is another form of vegetative reproduction that involves a hardy, long-lived cushion of the mycelium that can remain dormant for months or years until the conditions for growth are optimal.

Once a mycelium grows to a large enough size, it will produce a sporangia – a structure designed to release spores. Spores are the main tool of asexual reproduction and are reproductive cells with a thick cell wall. These spores can come in hundred of different shapes and sizes, and have adapted many ways to survive once they are released. Spores can be either endogenous (produced internally) or exogenous (produced externally). Some spores can live for months or years before the normal life cycle of the fungus can begin again. Some fungi can only reproduce asexually, through the release of such spores, while other fungi can reproduce both asexually and sexually. 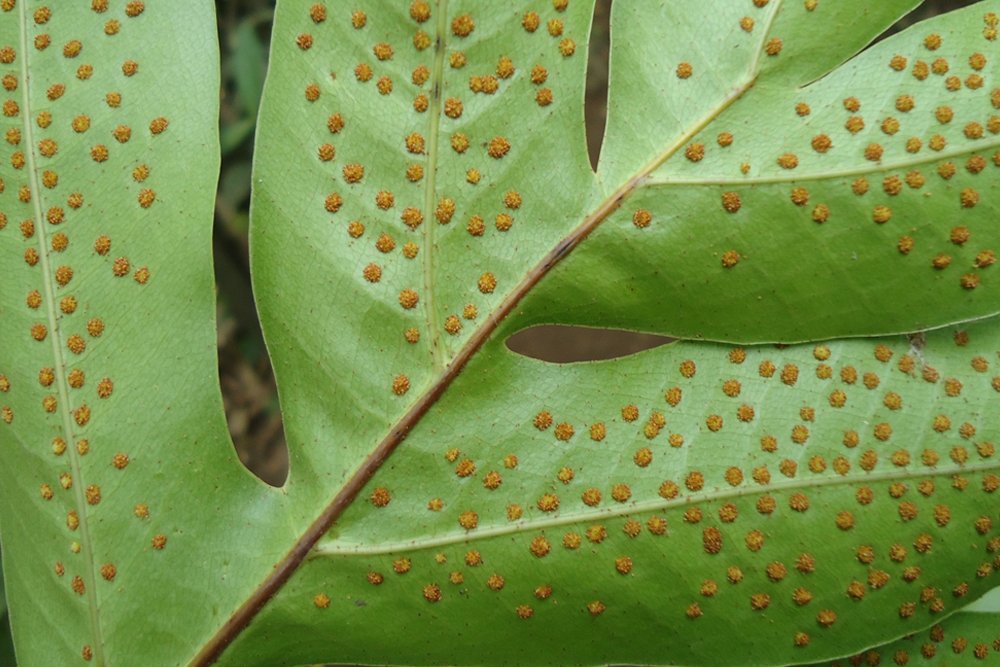 There are two phases in the life cycle of a sexually reproducing fungi – haploid and diploid. The gametes of fungi are haploid, but they become diploid during sexual fusion. Fungi don’t have traditional sex organs, but they are said to be of different “strains”, i.e., male and female. When both of these strains exist on the same mycelium, sexual reproduction can occur in which the antherozoids (male) fuse with the eggs (female). In some other cases, the male and female gametangia (the sac of cells where the gametes are produced) will completely fuse together during the process of fertilization.

The reproductive methods of fungi are diverse and vary widely across different phyla, and also exceed the bounds of this article. Suffice to say that fungi have many ways to ensure their own survival, and have adapted brilliantly over the past 1.5 billion years.

A Final Word of Warning

While some mushrooms are edible, and many others are brightly colored and attractive, there are hundreds of potentially dangerous or deadly varieties of fungi in the world. If you are foraging for wild mushrooms, be extremely careful about what types of mushrooms you pick. Carrying a mushroom foraging book is a good start, but it is always best to consult an expert before eating mushrooms you have picked from the wild. Side effects can range from mild stomach upset or vomiting to psychotropic effects, seizures and even death! Fungi are essential and fascinating organisms, but they must be treated with respect!