Aside from normal geographic/seasonal cycles and climate change, human beings are also largely to blame for the fires in California.

Whether you live in the United States of America or not, you likely heard about the terrible wildfires that ravaged California in 2018, burning a total of more than 1.8 million acres of land by the end of the fire season. With the Amazon currently on fire at a historic and terrifying scale, massive wildfires are once more on people’s mind, as are thoughts and ideas about how to prevent such catastrophes in the future.

In the past century of record-keeping in California, the past 20 years have hosted 9 of the worst 10 fires (in terms of acreage and property damage), so this problem is clearly getting worse, and the time for solutions is now. While we know how dangerous fire can be, understanding the reasons behind these fires is integral to preventing them in the future.

While the Amazon fires are largely started intentionally, as a means of land-clearing for additional agriculture and livestock use, the savage fires in California are often started by accident, or by natural causes, so the two situations are notably different. The question remains—why are the fires getting larger and more frequent?

This may seem like a straightforward question, but the answer is significantly more complex, as there are various factors that work together to create the perfect storm for a fiery Californian summer. Fire itself is quite simple, requiring only fuel (wood), oxygen, and a spark, but there is a big difference between a small blaze and one that destroys millions of trees and costs billions in damage.

To begin with, California has an ideal ecosystem to be hit hard with fires, and it traditionally has experienced a higher rate of fire than other parts of the country. After moderate to high levels of rain in the winter and spring, things heat up in California, and the vegetation begins to dry up. The longer the region goes without rain, the drier the vegetation becomes, essentially becoming tinder.

While this is a natural cycle in areas prone to fires, higher temperatures and longer dry spells in recent decades have led to more frequent and severe fires, because there is simply more dry fuel for the fires to feed on.

Climate change is one of the major talking points around the world at the moment, as we are seeing a stark increase in severe natural disasters, aberrant weather and rising global temperatures. Even a rise of a few degrees, on average, per summer in California puts the state at an even higher risk of major fires.

The fires of 2018 followed a long period of drought in California, so despite the good amounts of rainfall the previous year, the vegetation hadn’t full rehydrated, making it susceptible to huge fires. Unless climate change is mitigated, there is a good chance that these gigantic fires will continue. 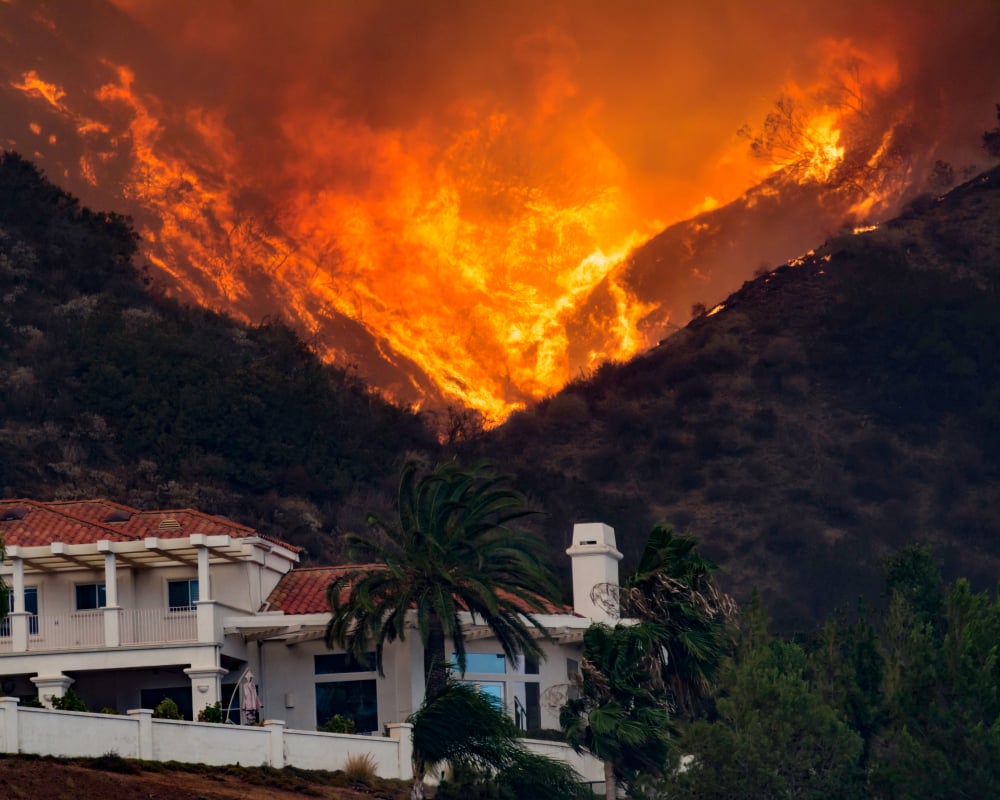 Aside from normal geographic/seasonal cycles and climate change, human beings are also largely to blame for the fires in California. For hundreds of thousands of years, fires were only caused by lightning, that being the only natural source of “fire” that could ignite the vegetation.

However, California is now home to roughly 40 million people, many of whom live in close proximity or direct adjacency to the great outdoors (read: potential kindling). Everything from a stray tossed cigarette to an overheating car can cause a spark to catch and a fire to spread. More than 80% of wildfires are believed to begin as the result of human activity.

The two largest fires in California last year were both started accidentally from the smallest of manmade sparks. Combine careless behavior with close proximity to nature, along with densely populated areas where fires can engulf dozens of homes in a matter of hours, and you have a recipe for disaster.

Finally, the factor that most people don’t consider is humanity’s disruption of the natural cycle. As mentioned, fires have always been a part of nature, and are seen as necessary for new growth and the “evolution” of a forested area.

Basically, when a fire races through a forest, it can clear away old undergrowth and brush, stimulate certain species’ seeds to germinate, and maintain a balance. Fire prevention and fire-fighting policies have been in place in California for more than a century, effectively preventing the spread of these “natural” fires. This means that large amounts of vegetation have accumulated in some areas, rather than being “thinned out”.

While fighting fires seems like a good thing (and it often is), the preventative policies in place have made some areas veritable time bombs for wildfires, with the dense vegetation giving fires nearly unlimited fuel, making them very difficult to combat.

What Can Be Done?

With so many overlapping factors increasing the severity and frequency of California’s wildfires, it seems hopeless to reverse the trend, and yet… 2019 has been one of the most fire-free years in the past decade. In fact, the number of acreage burned by wildfires is down by more than 90% from 2018 (at the time of writing this article. Fingers crossed!).

The dramatic drop from 2018 to 2019 can be attributed to a few things, namely controlled fires, cooler weather and more hydration. Setting a controlled fire is a practice that is widely used around the world, as a way to mimic the natural fires that “thin out” a region of vegetation. In a controlled fire, the blaze is set and closely monitored, often in consideration of upcoming weather and wind patterns, as well as nearby human settlements.

This defensive tactic makes it more difficult for fires to rage out of control, by reducing the amount of available fuel, while also stimulating new growth in the fire areas. This is not a perfect system, as can be seen in some countries (like Brazil right now), where controlled blazes on a large scale can quickly spiral out of control due to poor regulation and oversight. 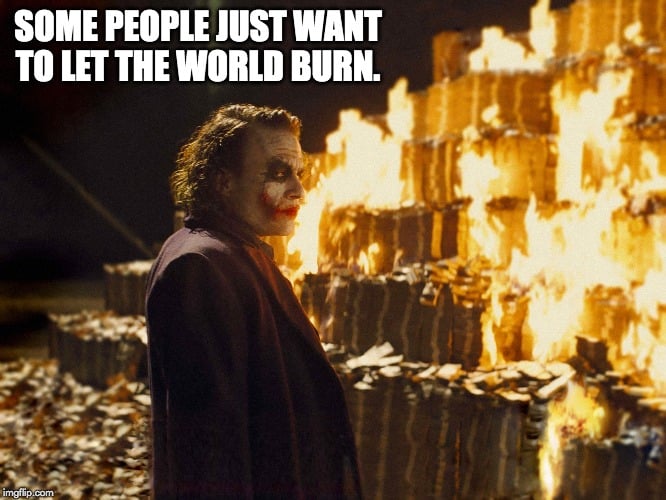 The cooler weather of the 2019 summer has also helped reduce the acreage destroyed by fire this year in comparison to the devastating fire season of 2018. Cooler weather means that the vegetation dries out more slowly, making it less liable to spark and catch. This cool weather is combined with the gradual return of moisture to the ground of California. After such a seemingly interminable drought (2011-early 2019), the plants have finally regained some of their hydration, making them hardier and less akin to kindling.

In terms of what can continue to be done in the future, there are some long-term ideas. While California already has some of the strictest property laws and residential building codes, areas where fires regularly start should probably be left behind, and more fire-resistant domiciles should be built elsewhere, in places that are more easily defensible. Adding population centers to the equation of wildfire-fighting complicates the tactics that can be used and the logistics of the defense.

Climate change is a global problem that will gradually begin to affect every aspect of life, so mitigating the effects of this crisis and working to reverse or minimize the results is essential. All of the pre-emptive controlled fires and real estate relocation won’t help if the temperature continues to rise and California turns into a searing wasteland of endless kindling.

Human beings are beginning to comprehensively understand the problems (and frankly, caused most of them), so it now lies with us to find the solutions.