Astronomers have observed many galaxies across the universe, most of which can be categorized, but they have also discovered a few unusual ones along the way!

In the mid-1920s, Edwin Hubble, while observing some objects termed nebulae, realized that most of them had stars and were actually outside our galaxy. From then on, humans have made massive strides in understanding the different kinds of galaxies out there and how they evolve.

While galaxy hunting was taking place over the course of decades, astronomers categorized certain kinds of galaxies as ‘peculiar’ galaxies. 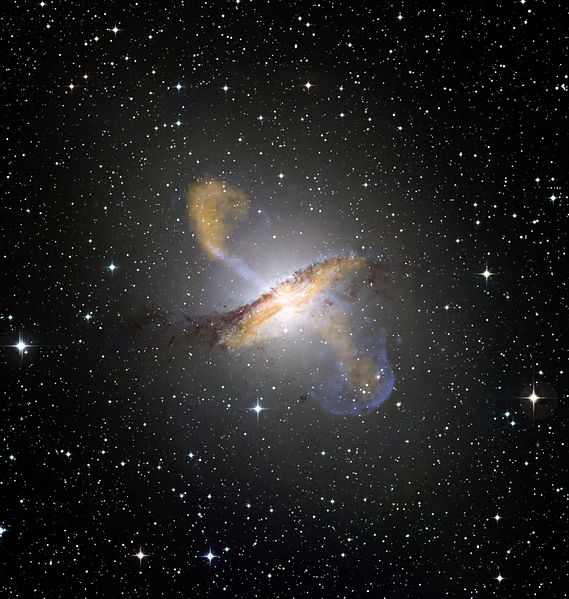 This is an image of the Peculiar galaxy Centaurus A. The image is obtained from the European Southern Observatory. (Photo Credit : ESO/Wikimedia Commons)

If someone asks you what galaxies are, and if you have some astronomy background, a mental picture of a disk filled with gas and stars would most likely come to mind.

So, what’s so special about peculiar galaxies that earned them their own category? Also, why has it been tagged “peculiar”?

Galaxies are generally classified using a system known as the Hubble classification or the Hubble sequence. In this, regular galaxies are categorized based on their shapes: elliptical, lenticular, spiral, and irregular. 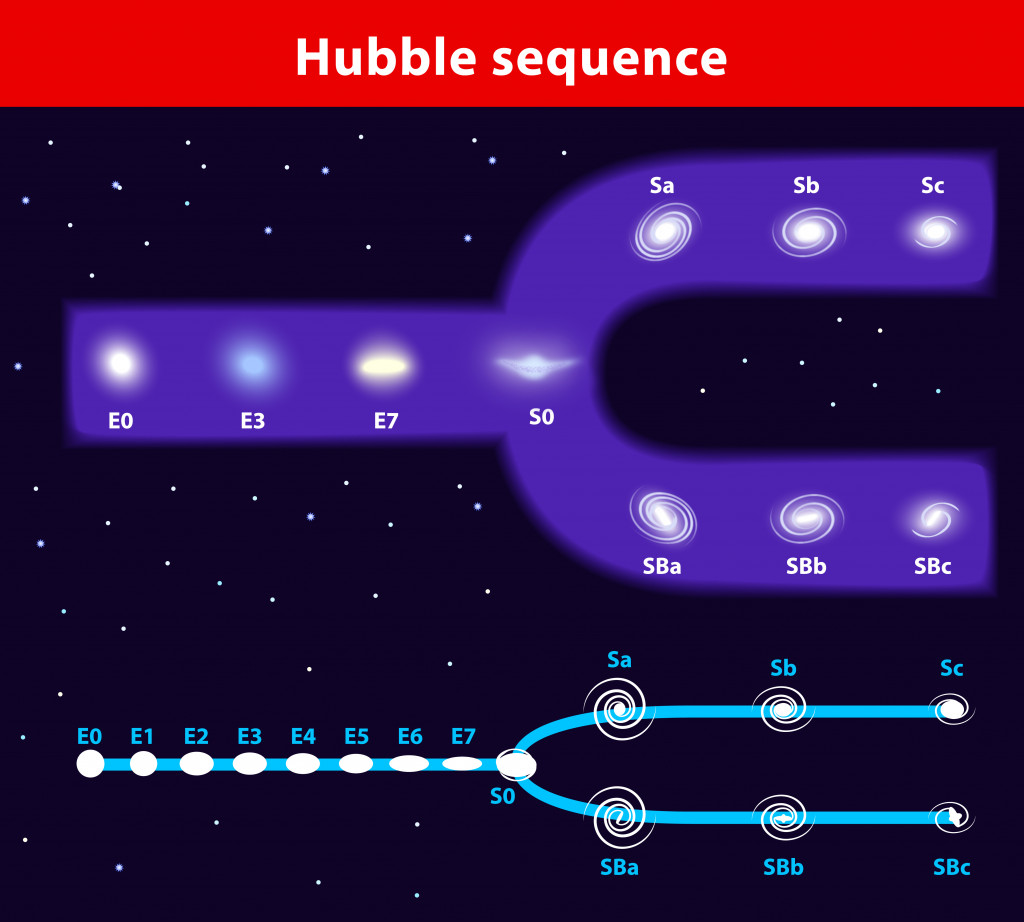 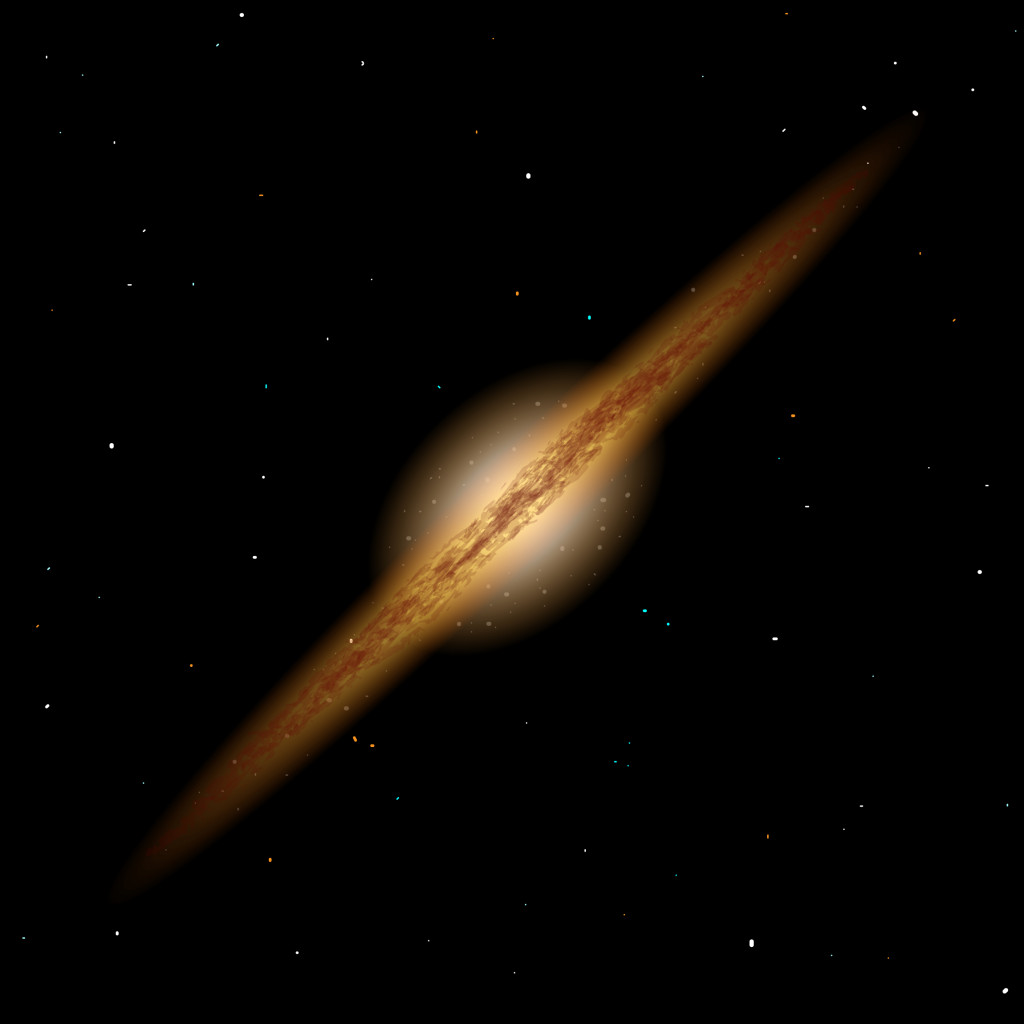 This is an illustration of how lenticular galaxies would look from the side. (Photo Credit : Blue bee/Shutterstock)

Now, what about peculiar galaxies? One could say that galaxies that don’t fit into any of the categories in the Hubble sequence could be one such galaxy. However, it also looks like the Hubble sequence seems to have covered all kinds of possible configurations and shapes that a galaxy may have.

It turns out that there are some exceptions. When Halton Arp, an American astronomer well known for his work on peculiar and interacting galaxies, was trying to understand galaxies with spiral arms, he eventually created a list of galaxies that did not really fit into the Hubble sequence. This was called The Atlas of Peculiar Galaxies.

Arp, in his atlas, lists and provides photographs of about 330 galaxies that he felt were peculiar. He then divided these galaxies into four major groups, depending on their characteristics, along with a fifth group containing six galaxies, which he named Miscellaneous. According to Arp, these peculiarities could appear as distortions in the observed morphologies of such galaxies. 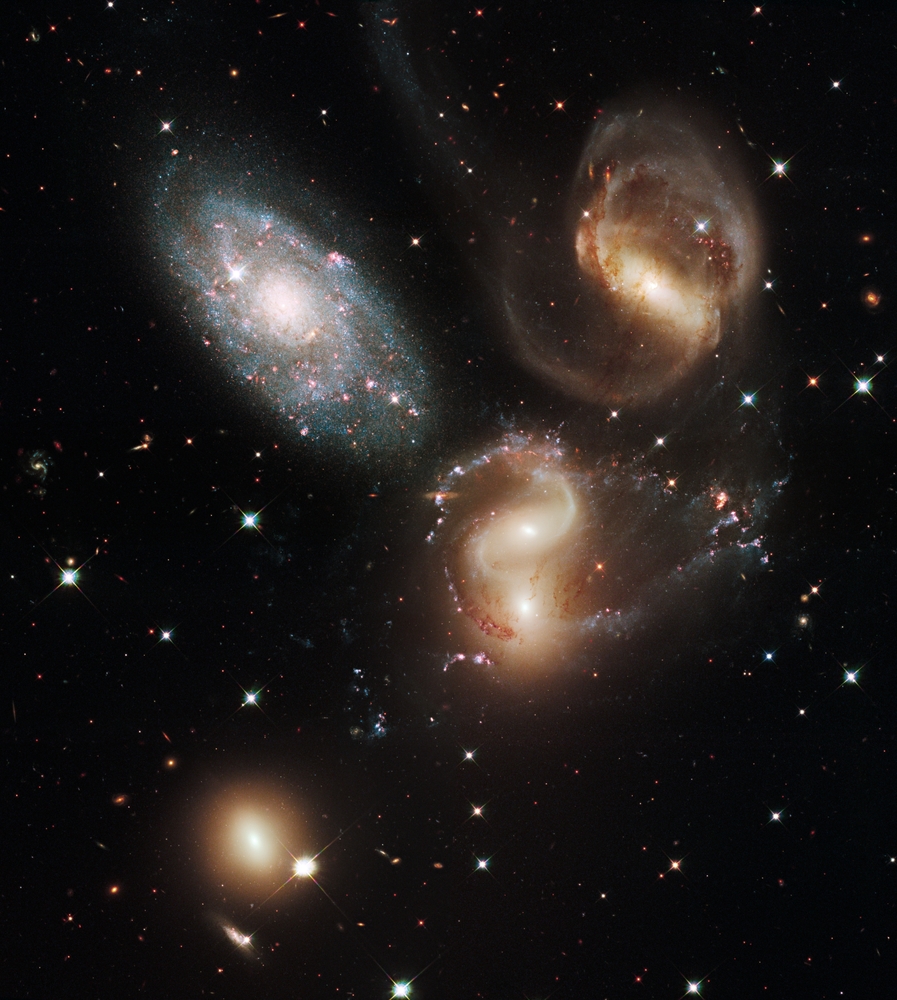 This is an image of the Stephan’s Quintet. Four of the galaxies in this group heavily interact with each other, with two of them presently in the process undergoing collision. A strict interpretation would imply that these are all peculiar galaxies. (Photo Credit : Claudio Caridi/Shutterstock)

Using observations from the Hubble Space Telescope, several astronomers reported that the percentage of peculiar galaxies was significantly higher at further distances, but the interpretation of what constituted them was subjective and varied from one astronomer to another. Thus, there arose a need to develop an objective definition for such galaxies.

In 1996, A. Naim and O. Lahav tried to put forward some parameters on what could constitute a peculiar galaxy. In their study, they noted the subjective nature of classifications based on their features.

However, they pointed out that these definitions could often lead to confusion, as they depend on individual observers. Additionally, there are a large number of galaxy images, making visual classification far less feasible. They attempted to develop a more robust definition that uses quantitative parameters that could describe peculiarities. 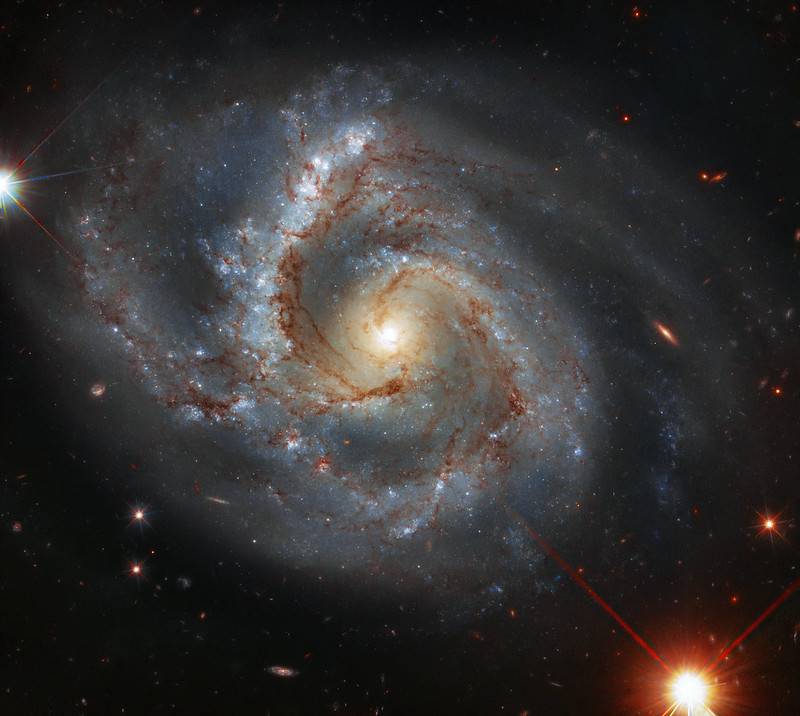 An image of one of the galaxies listed in Arp’s atlas. Designated as NGC 7678, the galaxy does look like a normal spiral at first glance. However, Arp deemed it was peculiar since one of its arms was significantly brighter and bigger than the rest. (Photo Credit : flickr)

Another way was by measuring the light concentration index and the asymmetry index. The disparity between the values of these quantities for normal and peculiar galaxies can give us the extent of peculiarities. In both cases, we see that comparisons with normal galaxies are involved.

Naim and Lahav did try to quantify the extent of peculiarity in their 1996 study, but one of their main conclusions was that such peculiarities usually arise as asymmetries and irregularities. These can be strong in some galaxies, but very subtle in others. The line between normal and peculiar galaxies is not sharp, and the extent of deviation is as fundamental as the deviations themselves.

Another effort towards quantitative description was by Lior Shamir and John Wallin in 2014. Here, they used the data obtained from the Sloan Digital Sky Survey (SDSS) and developed an algorithm that could automatically detect peculiar galaxies. 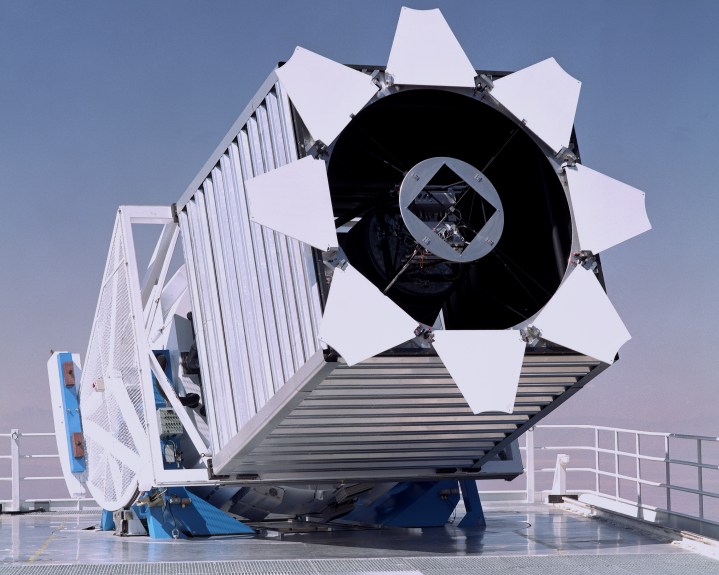 The algorithm could not differentiate between background noise and actual galaxies. Also, some of the galaxies detected by the algorithm did not show any peculiarity. Despite that, it did accurately identify around 500 candidates as peculiar galaxies, which were then grouped depending on their morphology.

There has also been some discussion about connections between peculiar galaxies and active galactic nuclei (AGNs). AGNs are galaxies whose centers are much more luminous than the rest of the galaxy. While earlier surveys were not very clear on this, recent surveys and the Hubble Space Telescope indicate that peculiar galaxies tend to have a more active nucleus. 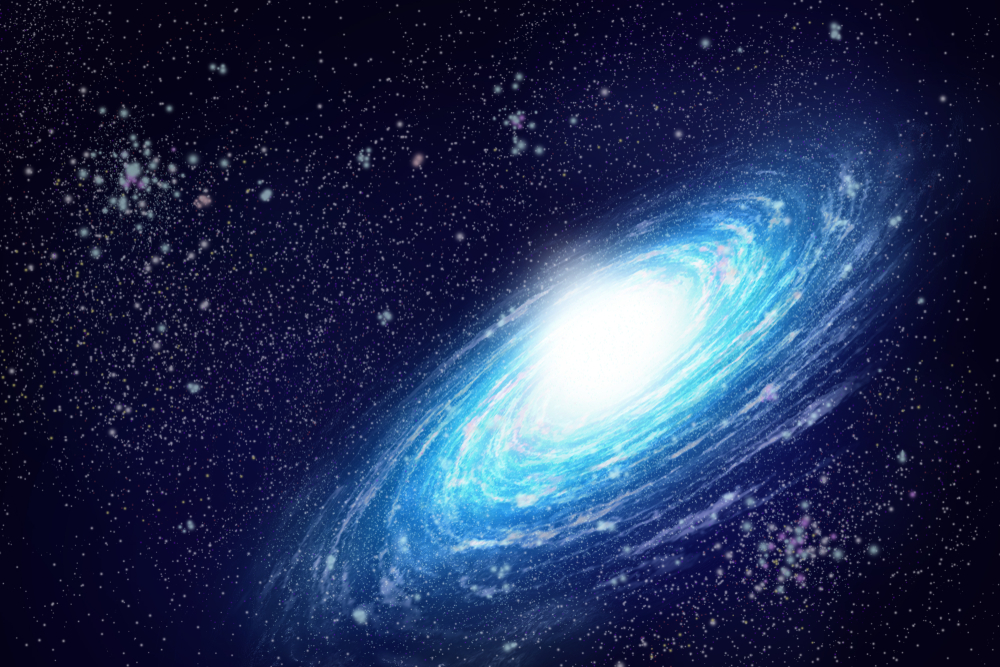 An illustration of what an active galactic nucleus could look like. Here, the galaxy’s center is significantly brighter than the rest of the galaxy. (Photo Credit : aroundworld/Shutterstock)

Other properties of Peculiar galaxies

Some studies and observations imply that star formation in peculiar galaxies is more atypical than in normal galaxies. One study indicated that such anomalous star formation rates are either due to galaxies interacting or colliding with each other.

The environment of peculiar galaxies is generally quite violent. Since those galaxies may eject jets of matter or interact with other galaxies, there will be major changes in their properties, particularly their morphologies. These changes appear as deviations from what we usually observe, thus making it a peculiar galaxy.

With so much dynamic interaction and gas and matter getting pushed and pulled around in peculiar galaxies, one consequence is usually enhanced star formation rate. Another effect of galaxies interacting with each other is increased nuclear activity. 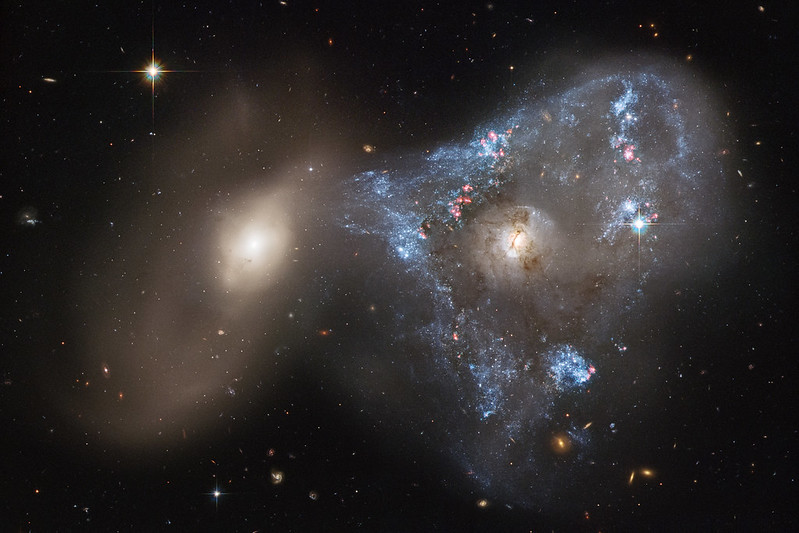 This is an image obtained from the Hubble Space Telescope of the ‘Space Triangle’, a result of a head-on collision between two galaxies. Designated as Arp 143, the distorted galaxy on the right has shown an increase in star formation rates (Photo Credit : flickr)

Given these points above, it seems clear that disparities between peculiar and normal galaxies exist. While determining the extent of the distortions is intuitive-based and observer-dependent, there is a generalized agreement as to what would constitute a peculiar galaxy: interacting galaxies, galaxies with optical jets, merging galaxies, and so on.

Thus, it’s neat to say that there are peculiarities to peculiar galaxies. Understanding their formation and characteristic properties will give us a lot of insight into the evolution of such objects. It implies that different galaxies were formed in distinctive ways. This Universe is truly remarkable for its diversity in terms of galaxies and every other celestial object we have discovered so far!