The conditions are perfect not for the growth of bacteria, but rather a form of fungus. The sour smell of improperly dried clothes is caused by a fungus called mildew.

The thick, sour smell exuding from wet clothes that haven’t been adequately dried is definitely a pet peeve for many people, but have you ever wondered why clothes freshly purged of dirt and perfumed by detergents end up stinky? Isn’t that counter-intuitive? Let’s check out the reasons one at a time.

Why Do Damp Clothes Often Smell?
If you wish to buy/license this video, please write to us at admin@scienceabc.com.

According to Mary Johnson, principal scientist at Procter & Gamble, over two-thirds of laundry dirt comes from the secretions of the outer body, namely in the forms of sweat and sebum. Sebum is the oily waxy substance that you feel on your skin. It is secreted naturally and acts as a waterproofing shield—preventing the leakage of water from the body. However, it can also be to blame as the culprit for stinky clothes that aren’t washed or dried properly.

If not removed during the wash, these natural oils hunker down in the fiber of the cloth. Also, sebum by nature is very sticky and attracts other odor-causing dirt elements that accentuate the stench.

This seems to be a paradox, but washing machines are also one of the chief suspects behind malodorous clothing! The dark and damp interior of washing machines makes it a breeding ground for mildew and other odor-causing bacteria that can end up clinging to the fabric. Additionally, with higher levels of sebum, the migration of mildew and bacteria to clothes happens even faster. 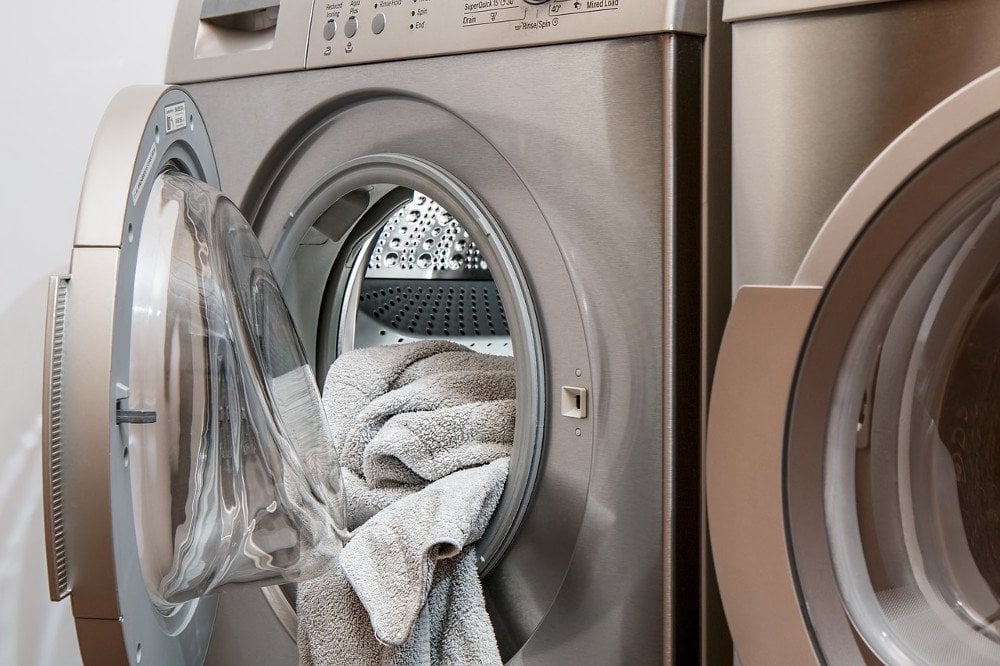 Mildew and bacteria from the species of Corynebacterium and Staphylococcus react with sweat, skin cells and various other gland secretions to produce volatile organic compounds. It is these compounds that produce the nauseating odor some clothes can develop. These compounds cling to our clothes and make them stink. Usually, this problem occurs whenever there is a build-up of dust, dirt, detergent remnants, and limescale inside the machine. 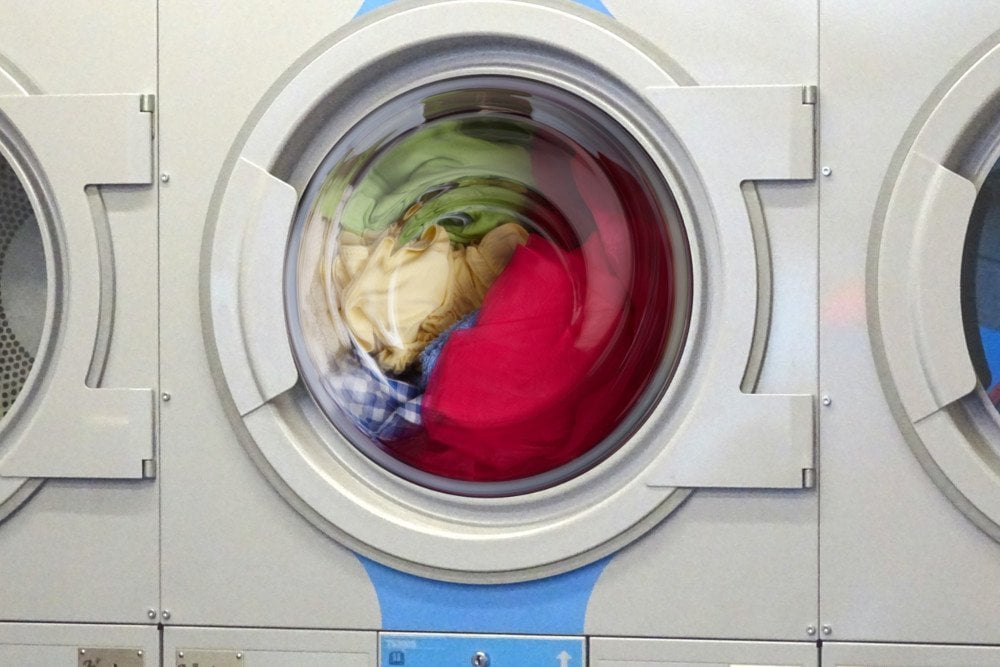 Clearly, it’s very important to maintain high levels of hygiene while using the washing machine, such as regularly wiping the door clean and cleaning out the detergent drawer from time to time. Also, you should do regular maintenance and interior cleaning of the washing machine.

Washing laundry at higher temperatures melts sebum and kills most of the odor-causing bacteria. Unfortunately, most of the clothes we wear today are made of artificial or synthetic fibers, which are not designed to withstand higher wash temperatures. They require cold washing for the removal of stains. Thus, sebum and mildew survive because we generally use cold water for washing. The way out of this problem is to use clothes made of natural fibers like pure cotton so that they can be washed thoroughly, even at a higher temperature, and don’t exude any stinky odors after the wash.

Detergent can also be blamed for the pungent smell coming from damp or not completely dried clothes. The problem is actually that the majority of our laundry today is made of synthetic or blended fabric, but detergent was and largely still is designed for natural fabric. The main focus of detergent is stain removal, rather than odor removal. It was tacitly assumed that the higher water temperature would take care of it. But a higher wash temperature is detrimental to the fabric, which is mostly made of artificial or synthetic fiber! So, it’s a Catch-22! Also Read: Why Do Dogs Stink When They Are Wet?

Besides the nature of detergent, the quantity of detergent you use can also impact the aroma. Generally, many of us feel that a higher quantity of chemical detergent would knock off the bacteria and other such microbes that cause bad odors. However, in reality, that’s counterproductive, and you may have noticed that detergents seldom market themselves as being antibacterial. Overloading laundry with detergent causes a buildup of suds, which then hang on to the laundry. Instead of lifting away the bacteria, they simply trap them into the fabric. If these bacteria get damp under favorable conditions, they multiply and soon become the source of the pungent odor.

Also, according to Johnson, principal scientist at P&G, many detergents don’t do any better than water when it comes to removing malodorous particles. In fact, those detergents claiming to deliver a perfume-like scent to your laundry are simply masking the bad odor. So long as this ‘perfume’ works, you might not smell the bad odor, but as perfume begins to fade out, bad odors become noticeable once again.

Finally, the answer to why damp clothes smell bad is in the question itself…. because they’re “damp”! 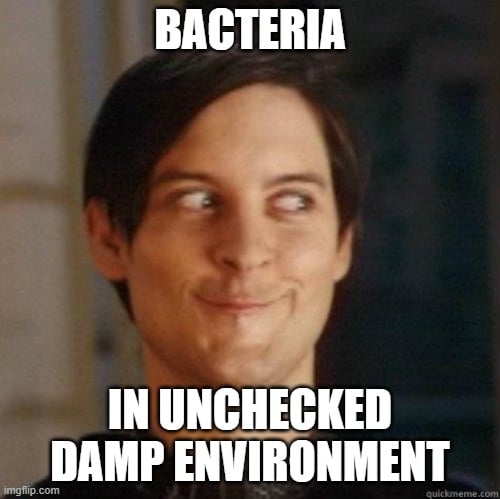 Many of the fibers used in the textile industry essentially serve as food for microorganisms. It might sound a little exaggerated, but what you’re wearing could be similar to a fruit salad for mold. The reason they’re generally unable to wreak havoc is because there is constant physical agitation on the fabric during the wash.

However, if you leave laundry in the damp environment of the washing machine unchecked for too long, it serves as a breeding ground for these microbes to survive and reproduce.

As we said earlier, these microbes will later react with bodily secretions like sweat to generate volatile organic compounds—a major generator of the nauseating odor.

5 Tips To Get Rid Of The Mildew Smell

The thing about mold spores is that they are present in the air and ‘house’ themselves on surfaces if they find sufficient moisture to sustain. For instance, it’s quite common for damp clothes stored in the basement to stink quickly. The presence of more than average moisture in the basement signifies that repairs or additional insulation are needed to prevent the buildup of excessive moisture.

Also Read: Why Does Spraying Deodorant On Socks Make Them Stink Even More?

Other than that, let’s look at some of the best practices you can follow to get rid of your clothes’ foul smell or at least keep it to a minimum:

How much do you know about clothes and their smell?