Yawns are contagious because they are linked to empathy. When we see another person yawn, our brain’s mirror-neuron system is activated, and our bodies spontaneously generate a yawn in response.

Imagine watching a movie with a group of friends late at night. All of you are lounging on a couch, staring at one of your favorite classic action flicks, but from the corner of your eye, you see someone open their mouth wide and spontaneously yawn. Even if you aren’t particularly tired, the sight of that person yawning stirs an uncontrollable reaction in you. Before you know it, your jaw is stretching open in a yawn of your own!

Since time immemorial, people have been mystified by this social behavior, but the explanation for this phenomenon has always been a bit of a mystery. So, why do yawns seem so contagious?

It might surprise you to know that it has nothing to do with being tired, at least not directly. First of all, we should understand what a yawn really is.

The Science Of A Yawn

Quite simply, a yawn is a large inhalation of breath, accompanied by a stretching of the eardrums, and followed by a subsequent exhalation. Yawns are reflexes, which means that our bodies perform these actions without any conscious choice. Most people can force themselves to yawn, but it is very difficult to fight the urge to yawn once it sneaks up on you.

A number of physiological changes occur when we yawn, which may shed some light on why it happens in the first place. Your abdominal muscles will flex, and the lungs will expand with the large inhalation of air, forcing the diaphragm down. Your body returns to a neutral state once the air is blown out. However, aside from giving us a large gulp of air, what is the actual purpose and cause?

Many people instantly associate yawning with being bored or tired, Therefore, it is a common assertion that yawning is a way to prevent us from nodding off. For many years, people believed that yawning delivered a burst of oxygen to the brain and bloodstream, fighting against the urge to sleep and waking us up. While that sounds like a logical explanation, it isn’t true, as studies haven’t shown an increase in bloodstream oxygen levels following a yawn.

That answer isn’t too far off, however. The crucial purpose of yawning does lie in the air that your body inhales, just not the oxygen specifically. The prevailing theory relates to the cooling effect that air can have on the brain. Given that the brain is the most metabolically active organ, it also tends to generate the most heat. The human body likes to self-regulate and keep temperature at a standard level. 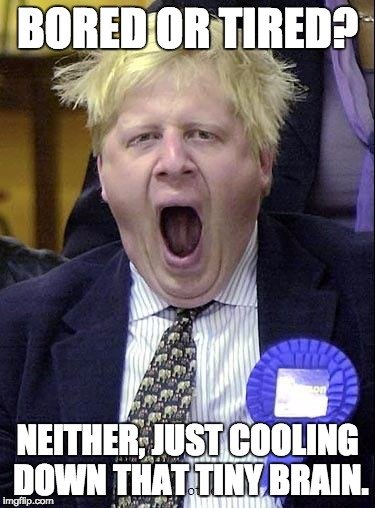 When our bodies are hot, standing in front of a fan can be a quick fix, and the brain is the same way. When we yawn, we pull in cool air through the nasal and oral cavities, and that air comes in contact with all of the blood vessels in those densely packed areas. Many of those blood vessels carry blood directly to the brain, and the surge of air cools the blood, and thus the brain.

Research has shown that our brains are at their hottest right before we fall asleep, and immediately after we wake up. Unsurprisingly, those are the two times when yawns are most common: before you drift off to sleep and in the groggy morning hours before your first cup of coffee. It makes sense that most people associate yawning with being sleepy, but that’s clearly just not the case.

But Why Are Yawns Contagious?

The contagious yawn phenomenon is the second part of this wide-mouth mystery, and the aspect that mystifies people the most. As it turns out, yawning isn’t something invented by humans, and it is far from unique to our species. Yawning has been observed in many other species, including dogs, cats, chimpanzees and a wide range of other mammals – even tigers!

What this tells us is that yawning is an evolutionary adaptation, and something that human beings have likely been doing for millions of years. Since it is such a universal phenomenon, it must be something fairly useful or beneficial for survival. While there is no hard and fast “truth” to the contagious nature of yawning, the best guess is that it is a means of unconscious communication for others – a trigger that has been imprinted on the brain.

Basically, if the surrounding conditions for one person cause them to yawn, and you are close enough to see it happen, then there is a good chance you are experiencing the same conditions, and should similarly cool your brain down.

All of this yawning behavior is linked to an inherent aspect of our humanity: empathy. The ability to emotionally relate to another person is powerful, and is the foundation of many personal interactions and relationships. When we see another person yawn, our brain’s mirror-neuron system is activated, and our bodies spontaneously generate a yawn in response. It is a way of connecting a group; throughout evolutionary history, it likely helped groups  function efficiently and increase their chances of survival.

This connection to empathy also explains a rather disturbing area of study regarding yawning. A number of studies have been done on psychopaths and sociopaths, two types of people who have little or no empathy for others. The research showed that many of them do not yawn when another person yawns in the room, or when they are shown a picture/video of someone yawning. 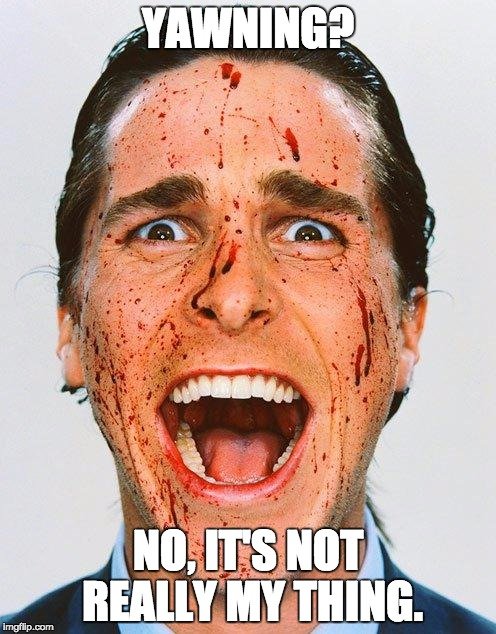 Also Read: Why Do You Go Deaf When You Yawn?

This psychopathic study strengthened the emphatic argument for yawning. It has now become the primary theory behind this unusual phenomenon that we all experience from time to time.

Armed with this knowledge, next time you let loose a big yawn on the subway or at dinner, check out who replies with a yawn of their own. It’s always good to know that you aren’t spending too much time with sociopaths, and you can all cool down your brains together! 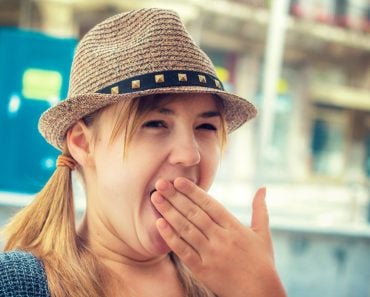