BCG vaccine is used to prevent TB, however, it isn’t always effective. While there is no solid proof, there are a number of theories to explain this.

Recently, I paid a visit to my friend who was suffering from Tuberculosis. Having just been informed that he was going to make a full recovery, it was definitely a good day. However, there was the shadow of a cloud on that otherwise sunny day. It surprised me that people still suffered from TB, even when there was a vaccine for it, a vaccine that is actively administered in countries where the disease is widespread.

If the whole purpose of a vaccine is to prevent a disease, with at least a 95% success rate, why is TB still rampant in certain places?

Tuberculosis claims the lives of over a million people all over the world each year. It is a pulmonary infection, but it can affect other parts of the body too. Caused by the organism Mycobacterium tuberculosis (MTB), an infection may not always lead to the manifestation of this disease. A huge number of people have latent TB, i.e., they may be infected by the organism, but their immune system has managed to keep it under control. Currently, about one-third of the world’s population is said to be infected with MTB, but only some of them show symptoms. However, in times of weakened immunity, they may develop the disease. Currently, the only available vaccine for TB is Bacillus Calmette-Guérin (BCG). It is the live, attenuated strain of Mycobacterium bovis. It is a percutaneous vaccine that is usually given to children, or at-risk adults.

The vaccine has a variable efficiency of 0% to 80% in adults, as compared to other vaccines’ efficacy (the smallpox vaccine is 98% effective)

Even though TB has been around since antiquity, it is surprising that there is not a better vaccine for it. Although it was first used on humans in 1921, it did not gain the public vote until after World War II (1939-1945). The vaccine is very effective against tuberculosis meningitis in children, but its efficacy decreases for pulmonary tuberculosis.

There have been a number of theories to explain this inefficiency, but there is no solid proof to support any of them. Theories for the Inefficiency of the Tuberculosis Vaccine

Numerous experiments have been performed to determine the cause of the inefficiency of the vaccine, but there has been no confirmed finding. Certain studies contradict the results of other studies, although due to the range of factors that can play a role, none of the studies can technically be dubbed as “wrong”.

Some scientists believe that the main reason for the inefficiency can be attributed to the fact that that strain used to make the vaccine is the bovine (Mycobacterium bovis) strain. However, the main disease-causing organism in humans is Mycobacterium tuberculosis. Due to this, the vaccine may not sufficiently equip the human body to fight off all infection varieties. Another belief is that the vaccine is administered by injecting it into the skin, whereas the infection occurs through the inhalation of bacteria. This may also result in a weakened immune reaction to the actual infection. When the vaccine was first devised, the strain was sent to a number of laboratories. Differences in the growing procedures resulted in different strains being cultured across the world. This may be another cause for the inefficiency, as different vaccine strains might be effective against different forms of the infectious strains. Apart from genetic variations in the vaccine strain, some researchers believe that the effectiveness of the vaccine is also affected by genetic variation in the population to which it is administered.

Another popular theory is the block hypothesis. Apart from MBT, there are other strains of Mycobacterium that are not infectious. It is believed that previous exposure to these non-infectious strains can affect the effectiveness of the vaccine. This is because exposure to the non-infectious strains causes a non-specific immune response in the body. When the person is then vaccinated, the body doesn’t see much difference in the antibodies created due to the vaccine versus the pre-existing antibodies; therefore, the body doesn’t produce them on a large scale, i.e., the effect of the vaccine is blocked. A study conducted in 2016 suggests that the main reason for the inefficiency of the BCG vaccine is the time it takes for the body to respond to the infection, rather than the strength of the vaccine itself. Vaccines are based on the concept that pre-exposure to the infectious agent prepares the body for an attack. Therefore, on the next encounter, the body can quickly produce the required antibodies. However, in this case, even though the body has had previous exposure to the bacteria, the immune reaction doesn’t start for 10-12 days, the reason for which is unknown. This gives the bacteria plenty of time to multiply and spread, thus causing an infection.

The BCG vaccine is currently the best option available, especially in countries like India and areas of Africa, where TB is commonly found. It is, however, not a compulsion in countries like the USA. This is because the instances of TB infection are few and scattered in those places.

Until the actual reason behind the low efficiency of the vaccine is fully understood, it is not easy to develop a better vaccine. Currently, about 15 new vaccines are under trial for TB. These might fare better than BCG vaccine. but until then, the BCG vaccine is our best shot at getting rid of TB, and it will continue to be used around the world. 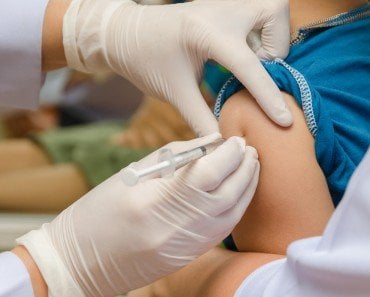