Respirators work by physically filtering the air or by reacting the contaminated air with a substance that removes or neutralizes the harmful chemicals within it.

Have you watched the popular American TV show Breaking Bad? The lead characters of the show are often shown working in chemistry labs, wearing respirators that basically cover their entire face. 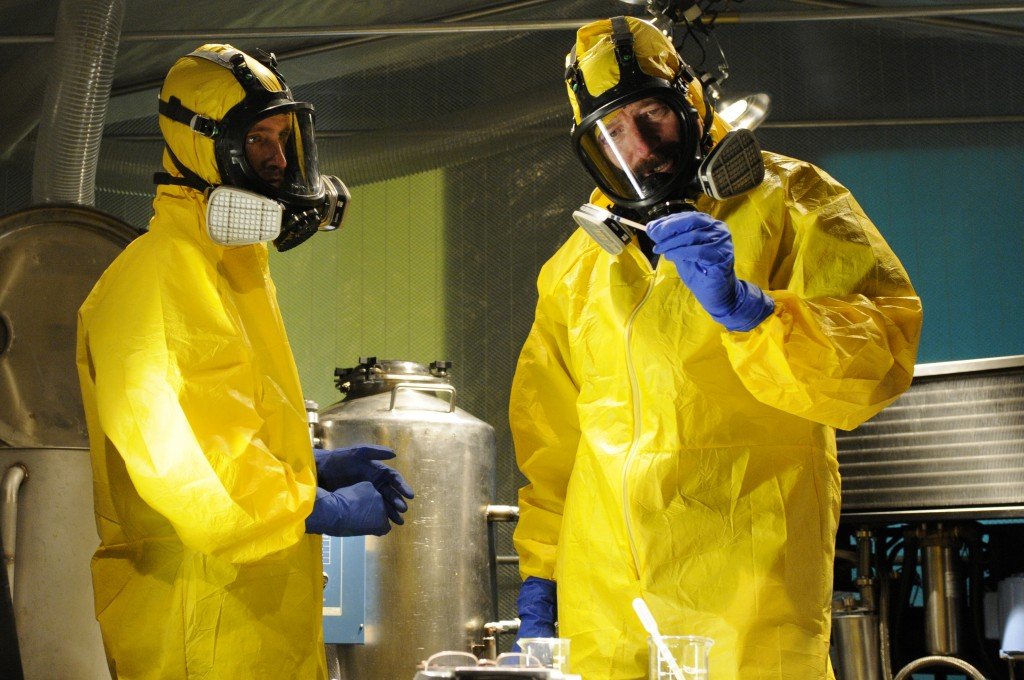 The lead characters of the show Breaking Bad always wore respirators while working in their lab. (Photo Credit : halloweeninspiration)

There are many movies and TV shows that depict people donning respirators before entering a “contaminated” area. In fact, respirators are not so uncommon, even in real life: firefighters wear a special type of respirator when entering sites that still have a lot of smoke and soot. Chemists wear them in the laboratory and even elite security forces wear respirators before going into the “target area”, if they are expecting chemical threats.

I must admit, the first time I saw people putting on respirators in a contaminated environment, I couldn’t figure out how those little mask-like items worked. I mean, I understood that the respirators could cover their nose and face and protect them from external injuries, but they still had to breathe in the same contaminated environment, right? As in, the air they breathed still contained those impurities and harmful gases, so how did the respirators protect them from all that harmful smoke?

What is a respirator?

A respirator is a device you can use to protect yourself from inhaling harmful or even poisonous substances (e.g., dangerous gases that contain ‘bad’ chemicals). Any device that can do that could be theoretically referred to as a respirator. 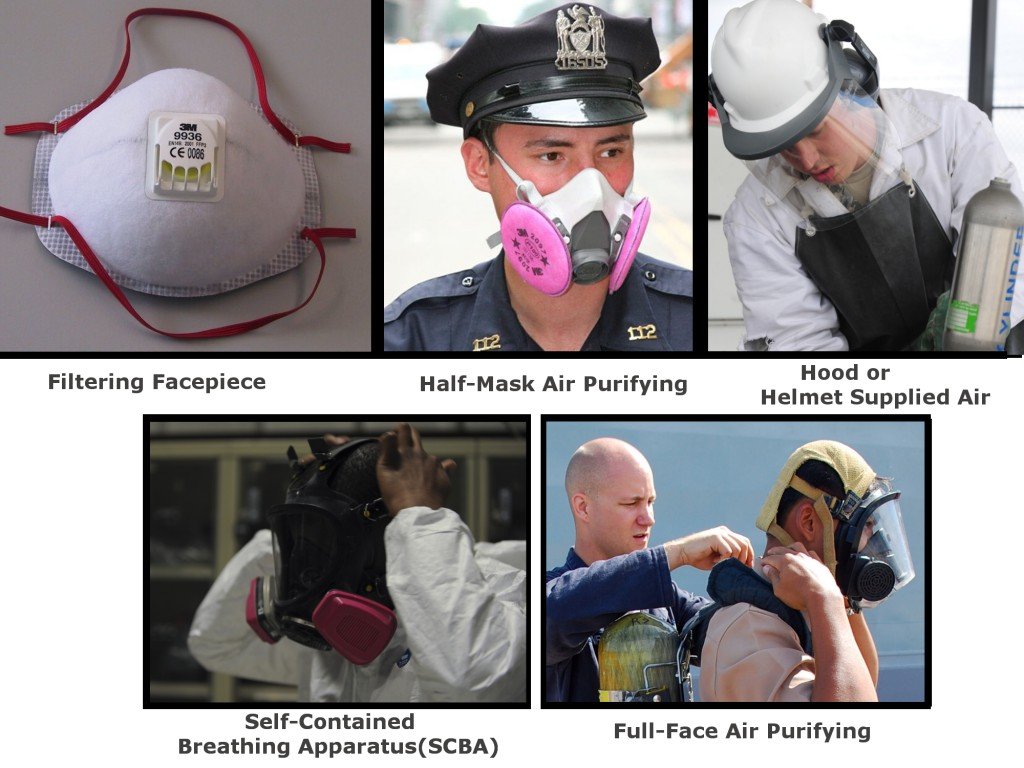 Respirators come in different shapes and sizes and are appropriate for different settings. The second part of that sentence is the really important part. You don’t want to use a gas mask designed for stopping dust in a place filled with harmful gases, because it would be absolutely useless and would potentially put your life in danger.

How do respirators work?

There are two ways to make contaminated air breathable: 1) physically filtering the air, and 2) reacting the contaminated air with a substance that removes or neutralizes the harmful chemicals within it. There’s also a third way, wherein you could carry your own oxygen supply when entering a contaminated zone, but we’re only going to discuss techniques to filter air using respirators. 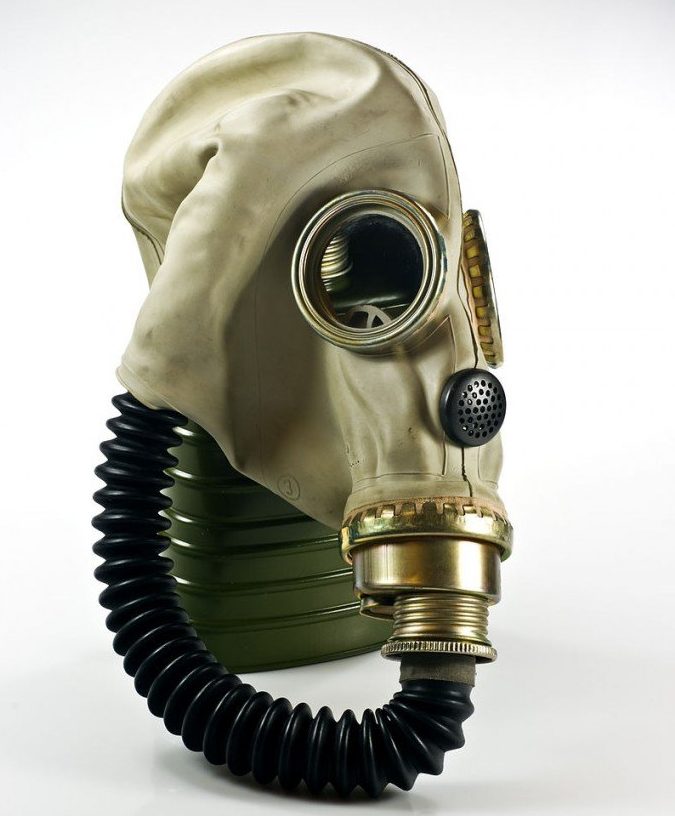 A Polish MUA Gas Mask. Used from the 1970’s to the 1980’s and was replaced by the Polish MP-4 gas mask. (Photo Credit : Nikodem Nijaki/Wikimedia Commons)

Consider dusty air, for example. The gas mask that would be required to breathe in such a setting would contain a paper filter that could physically prevent dust particles from entering through the mask (to gain access to the nose or mouth of the wearer). Paper filters have very small holes that let only oxygen pass through and block all unwanted particles (e.g., dust, smoke, soot particles etc.).

It’s important to note that such a basic mask will be absolutely useless in the presence of toxic gases. 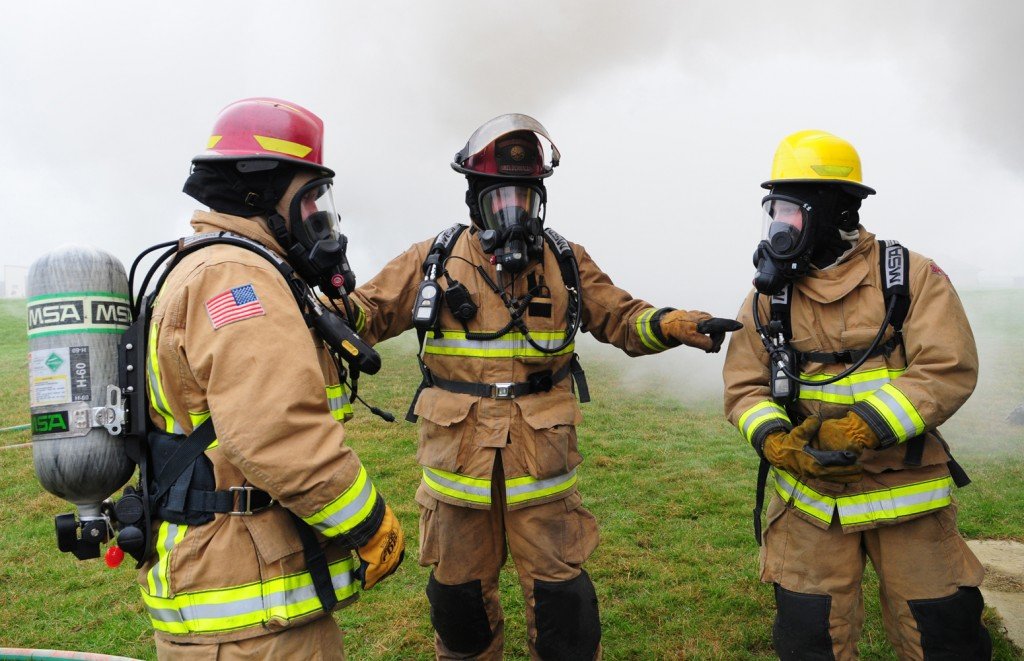 These types of respirators—called a Self-Contained Breathing Apparatus (SCBA)—are usually worn by firefighters on a mission. Such respirators use their own air tank to supply clean air, so the wearer doesn’t have to worry about filters at all. (Photo Credit : defense)

Activated charcoal is another very common choice for filters in respirators, as each particle or granule of carbon offers a large surface area where pollutant particles can get trapped and adsorbed.

Imagine filtering rocks out of sand… if you have a filter with pores that are big enough to let sand pass through, but are small enough to block rocks, filtering the rocks out of the sand would be easy, right? That’s exactly what these types of filters do—they let oxygen molecules pass through and block bigger pollutant particles.

Such filters are quite effective at filtering out acidic gases, such as chlorine, and particles like sediment and volatile organic compounds. Activated carbon filtering is even used in cigarette filters! 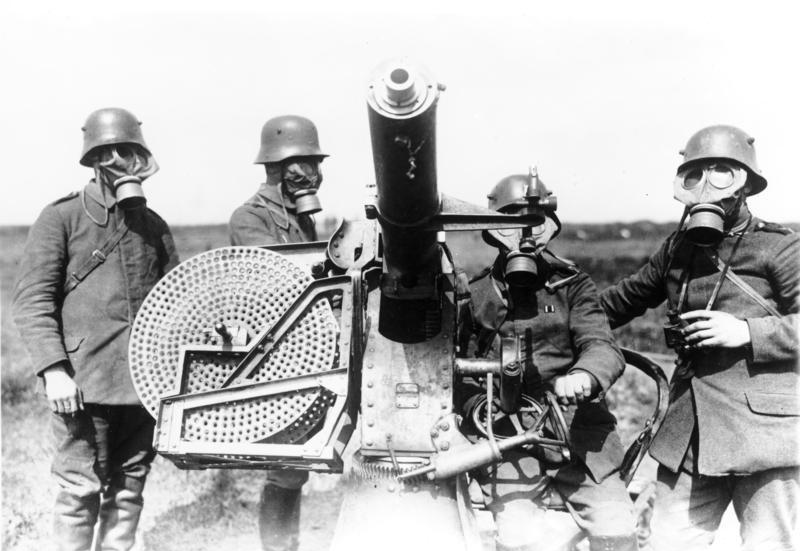 German soldiers with gas masks, 1915. In the rudimentary gas masks used in the first world war, it was found that wood charcoal was a good absorbent of poison gases. (Photo Credit : German Federal Archive / Wikimedia Commons)

The other and relatively more sophisticated way of being able to breathe in a contaminated setting is by using a respirator whose filters contain a substance that could react with the ‘bad’ chemical (present in the contaminated air) and neutralize it.

For instance, a respirator with calcium oxide will bind with carbon dioxide (i.e., the pollutant) present in the air and turn it into a different product. This way, all the harmful carbon dioxide will be removed and the user will be able to breathe in the contaminated environment.

Then again, this sort of respirator would be absolutely useless against chlorine or mustard gas. That’s why it’s VERY IMPORTANT to check what kind of contamination setting a particular respirator will be effective in, as entering a ‘bad air’ zone wearing the wrong kind of respirator is tantamount to not wearing one at all!