Can you remember back to lunchtime during your school days? For me, my lunch bag would contain a peanut butter and jelly sandwich, an apple, a bag of chips and a room temperature Capri Sun. I still remember the envy I had for those kids who would pull out a thermos from their bag and begin slurping up warm soup or drinking ice-cold juice. All of my food tended to be the same temperature, and my parents refused to buy me a thermos, insisting that I would lose it (they were probably right).

The apparent magic of a thermos has perplexed me for many years, but I have also learned an interesting fact from various thermos-loving friends. In short, their thermoses are better at keeping cold liquids cold than they are at keeping hot liquids hot. Why is that?

What is a Thermos?

Before we can understand its intricacies, let’s take a broad look at thermoses to have a clearer idea of the subject. A thermos is any container that is able to keep liquids either hot or cold, thanks to a double-walled design featuring a vacuum.

More formally known as a vacuum flask, this invention has been around since the end of the 19th century, when researcher Sir James Dewar stumbled upon it in the course of his study of cryogenics. Dewar placed two brass flasks inside of one another, and joined them at the neck. The air that became trapped between the two flasks in a thermos can be removed or evacuated, creating a vacuum inside the space.

Without any air to facilitate heat transfer, liquid placed in the inner flask will be isolated from the exterior conditions, and will thus be able to retain its temperature more effectively. Although this was a rudimentary version of a thermos, and only offered a partial vacuum, it was a huge breakthrough. 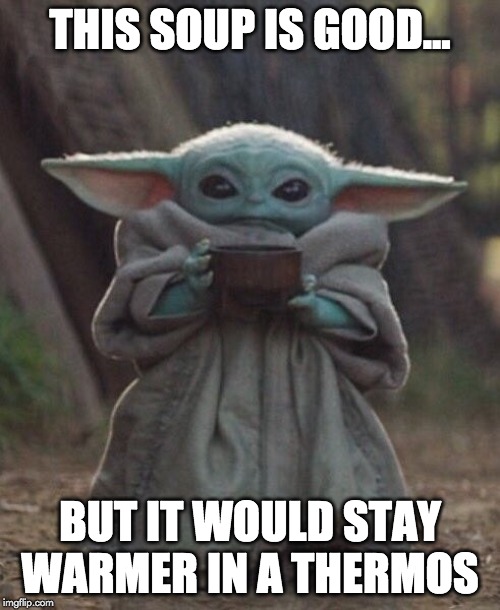 Basically, whether you put steaming hot soup or ice-cold water in the thermos, the vacuum bubble surrounding the inner flask will keep the temperature stable for an extended period of time. The best thermoses on the market claim to keep items cold or hot for two days, and up to 10 days if the liquid is iced! While thermos efficiency has certainly improved over the years, people still claim that liquids cool off before they warm up, a claim that is directly related to heat transfer.

Heat Transfer in a Thermos

Energy is created by the vibrational movement of atoms and molecules, and this energy can be transferred. When this transfer of energy occurs as a result of a temperature difference, it is called heat energy. In the case of differing temperatures, heat energy flows from a hot object to a cold object.

As mentioned above, a vacuum flask is able to prevent or minimize heat transfer between the exterior environment and the liquid inside the thermos. Why does this matter? Because heat transfer is a key part of thermal engineering and thermodynamics, and it occurs all across the universe! Heat transfer is how heat energy is transferred between objects, whether that is a convection stove boiling a pot of water, the sun heating the planet or a campfire warming a marshmallow!

When it comes to the contents of a thermos and the exterior environment, heat transfer is significantly delayed by the vacuum layer. If it was filled with hot soup, the heat energy from the interior flask would try to heat up the colder gas molecules in the space between, which could then pass that heat energy to the outer flask wall and the exterior environment temperature, which would be colder than the hot soup.

However, there is no gas in the vacuum space, so that transfer of heat energy does not readily occur. Similarly, if the inner flask is filled with ice water, the warmth of the outer environment will warm the flask, but there are no air molecules to transfer that heat energy across to the inner flask wall, and thus the cold water stays cold!

So Why Are Thermoses Better At Keeping Things Cold? 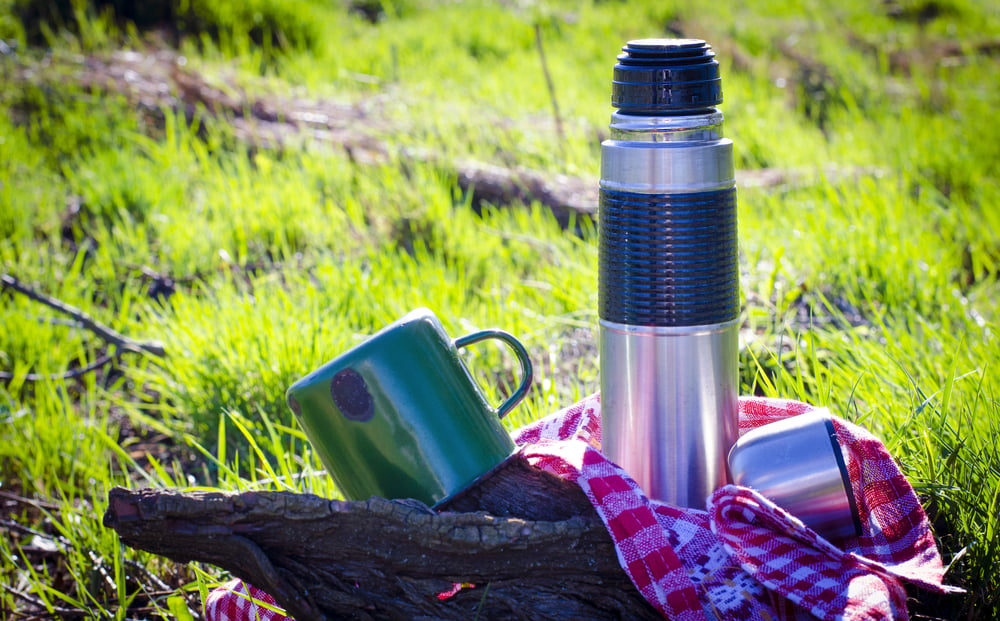 Thus, the difference between room temperature and a thermos of an ice-cold drink is much smaller than the difference between room temperature and a thermos of hot soup off the stove. Now, a thermos is far from perfect, and some heat is gradually lost. Every time you open the thermos, for example, a significant amount of heat transfer will occur (i.e., your coffee will cool or your water will warm). However, a larger amount of energy will be transferred between coffee and the cooler air, due to the larger difference in temperature. A smaller amount of energy will transfer between the cold water and the warmer air, due to their smaller difference in temperature. 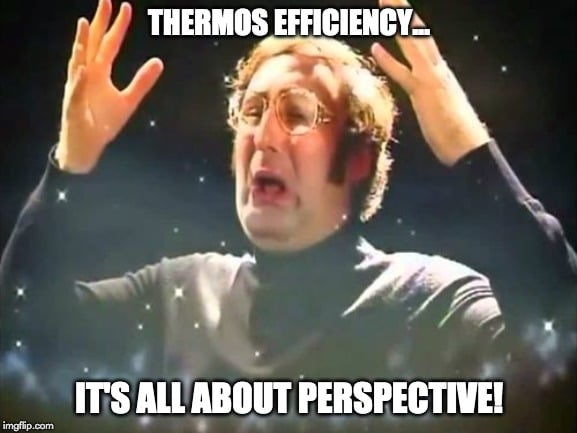 The reason that thermoses seem more effective at keeping things chilled than warm is our perception of the temperature change. Hot liquids (i.e., coffee and soup) are prepared considerably hotter than room temperature, whereas a cold drink is much closer to room temperature. As heat transfer occurs, we are simply more aware of the difference in heat energy as hot liquids change. A good way to avoid disappointment is to consume the contents of your thermos immediately upon opening it for the very first time, before heat energy has a chance to make its moves!