The Tour de France is anything but easy to win. However, knowing when to draft & when to break off will definitely give you the upper hand.

Riding a bike for the first time is one of the most frightening and liberating moments of one’s life. Just imagine yourself on a bike, riding around your favorite city. The wind resists your moment, yet you continue slicing your way through, tearing the wind apart and sailing down the road, refreshed and free. You dodge and dip your way through heavy traffic, feeling invincible on two wheels.

That’s how I always felt when riding my bike, until I learned about the legendary and grueling bicycle race, the Tour de France. That’s when I realized that the heavenly act of riding a bicycle can also be hellish! I may never compete in that race, but I’m here to share some valuable, science-based tips on how you might not only participate, but even win! Winning the Tour de France is no easy feat. The participants are required to cover more than 3500 km over the course of 23 days. (Photo Credit : Natursports/ Shutterstock)

History Of the Tour De France

Considered the most prestigious cycling event in the world, the Tour de France was the result of a desperate attempt to boost the sales of a local sports newspaper, L’auto. The paper was struggling to sell copies, so in 1903, Geo Lefevre, a cycling journalist, suggested that Henri Desgranges—the newspaper’s editor—to organize the first-ever Tour de France race. He said in subsequent interviews that he suggested a six-day race round France only because he could think of nothing else to say.

The inaugural race consisted of riding a total of 2400 kilometers across the country of France in a period of 19 days. The race was so successful that the newspaper L’Auto continued organizing it every year. New routes and legs were added to the course, in order to make it more challenging for the participants and fun for the viewers. Within 5 years, by 1908, L’auto had doubled its sales. In 1910, Alphonso Steines, a writer for L’Auto, suggested a new challenge—the Tourmalet—a merciless 19 km uphill climb. Octave Lapize, a French cyclist, was the first rider to successfully finish the climb, and upon reaching the summit, Octave called the organizers ‘assassins’. A statue of Octave Lapize struggling to breathe was placed atop the Tourmalet after he became the first person to finish the climb. (Photo Credit : Ander Dylan/ Shutterstock)

The Tour de France is now a UCI World Tour event, meaning that only UCI pro teams can participate, along with some teams invited by the organizers.

The Tour de France has been organized every year since its inception, breaking tradition only during the two World Wars. New climbs, stages, rules, and regulations have been added as the race developed a global audience. This year’s Tour de France is a 23-day event, with 21 day-long stages. The race now requires participants to cover a total of 3500 kilometers in 23 days. To give you some perspective, 3500 km is equivalent to the distance between New York and Las Vegas! The official map displaying the 21 stages to be completed in 23 days of Tour de France 2019. (Photo Credit : Babelia/Wikimedia Commons)

Seven of the 30 climbs this year are placed in the most difficult category, including the Tourmalet. These climbs are where this year’s race will ultimately be lost or won.

How To Win the Tour de France?

The route of the race may change every year, but the format stays the same. The cyclist with the lowest cumulative time across the 21 stages is crowned the Winner. Thus, it becomes important for the teams to strategize well and know when to ride in groups, when to break off, when to cruise and when to accelerate. A cyclist’s individual triumph is often the result of their selfless teammates. For simplicity’s sake, the entire race can be divided into two parts: the comparatively easy, long, flat and hilly stages—and then the tormenting climbs.

The flat regions are generally fast-paced sections stretching through the French countryside, and can be as long as 200 km. During the flat stages, cyclists often prefer to ride in a formation called a Peloton. This image of the cyclists, with their colorful jerseys riding in a tight formation, forms a living kaleidoscope on wheels. It is this image of the Peloton moving through the picturesque countryside that makes the Tour De France one of the most beautiful sporting events in the world. The multi-colored jerseys of the participants riding against the backdrop of France’s countryside makes the Tour De France one of the most beautiful sporting events. This formation of the riders is called the Peloton. (Photo Credit : tempisch/ Shutterstock)

Apart from making for great pictures for the press, the Peloton also helps riders conserve energy. The Peloton reduces drag by shifting shape to counter winds coming from different directions. At high speeds, most of a rider’s energy is spent pedaling against wind resistance. By hiding behind another rider, the drag (wind resistance) experienced by the cyclist is reduced, which reduces the amount of energy required to pedal forward. This technique is known as drafting. The riders drafting behind others experience 15-20% less wind resistance than those in the front. (Photo Credit : hrynchak/ Shutterstock)

A rider in the front of the Peloton generates approximately 300 watts of power. In comparison, a rider cycling a few paces behind him would need to generate only 240 watts of power to move at the same speed. The rider at the back generates 20% less power than the leader of the Peloton, but will still reach the finish line at nearly the same time. This is why you see some of the best cyclists hanging back, while their team members do much of the hard work at the front.

This saved energy (up to 20%!) will come in quite handy during the final stretch of a stage. This is often when the team’s best cyclist breaks away from the Peloton and accelerates like a madman. Good teammates help the best cyclist of the team save his energy for the most difficult part of the race. Yes, you guessed it—the Climbs.

When the cyclists start riding uphill, they slow down considerably. Wind resistance is a far smaller threat now, but gravity becomes the new enemy to conquer. During the flat stages, gravity doesn’t challenge the riders, but on an uphill climb, it feels like gravity seriously powers up.

Gravity affects all the riders in the same way, whether it is someone at the front of the Peloton or firmly stuck in the middle. Essentially, every rider is on their own. Drafting behind other team members becomes impossible, so every rider must generate an extraordinary amount of power to keep pace with the others.

Let’s talk numbers, shall we?

In the 2010 Tour de France, Danish cyclist Chris Anker Sorenson was leading the pack. His average power output for the final climb was around 410 watts. Sorenson actually peaked at an astounding 590 watts. The rest of the riders of the Peloton found it harder to keep up such a pace and the formation broke up. Weaker riders cracked and slipped in the standings, but Chris Horner, an American cyclist several places behind Sorenson, was generating the same power as him.

The climbs are where some of the most memorable and dramatic moments of the Tour are seen. This is precisely when some of the best riders switch from drafting to relying on their own strength and fortitude to move forward.

The 2019 Tour de France is dubbed the ‘Highest in History’. The race has already concluded and Colombian cyclist, Eagen Bernal, emerged as the victor. The information provided in this article revolve around the basic strategies employed by anyone who sets out to win the Tour de France.

That being said, knowing these strategies alone won’t help you win the most prestigious cycling event in the world, although they will give you an upper hand when talking about the Tour de France with your friends. Winning or merely completing the race takes an incredible amount of hard work, persistence, consistency, and endurance. As Jacques Anquetil, five-time winner of the Tour De France once said: 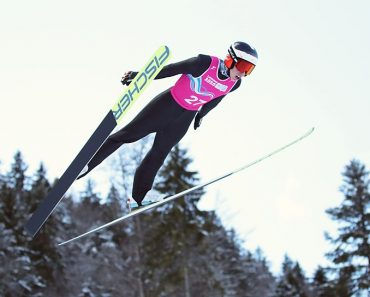