Home
Sports
The Science Behind Free Kicks: How Do Soccer Players Turn The Ball In Mid-Air?

Around the world, football is known as ‘the beautiful game’, so it comes as no surprise that it is the most popular sport in the world. Recently, we have seen a generation of new legends in football who have thrilled us with their skills, trickery, dribbling and grace on the field.

However, there is nothing like the art of the free kick, particularly the sight of the ball soaring over the wall of defenders and ending up inside the net after beating the goalkeeper.

How do Beckham, Ronaldinho, and Messi manage to curve the path of the ball in mid-air? This results in a pressure imbalance and the ball moves towards the side with increased drag, which has lower pressure, thus resulting in the curving of the ball – just out of the reach of the goalkeeper’s fingertips. Cristiano Ronaldo, who has revolutionized the modern free kick, tries to hit the ball with as little spin as possible. When the ball is hit without spin, it is more susceptible to movements in the air. Also, if there are specks of mud or grass on the ball, its movement becomes unpredictable, making it harder for the goalkeeper to save.

The short URL of the present article is: http://sciabc.us/pYzBU
Help us make this article better
Prev Article Next Article 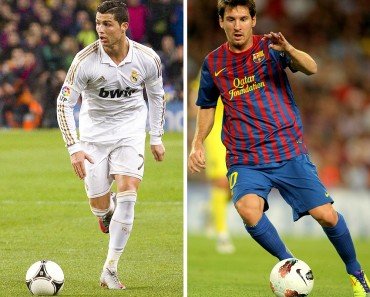