It turns out that these automatic thoughts could be a suggestion from the primordial human psyche to the conscious mind.

Imagine this… you’ve come home after a long day at work and are sitting in front of your laptop with some chai in your hand, a soft blanket by your feet, all set for a nice warm evening. In that moment, your laptop starts to take its sweet time powering up. Out of nowhere, an image of you smashing the laptop against the wall flashes before your eyes. You get startled about where the image came from. It goes away in nearly the same breath, so you continue to sip your chai and wait.

Sound familiar? Have you experienced this once or twice when you were feeling frustrated? Well, don’t fret, as you’re definitely not alone here. It happens to the best of us, but why does it happen? And how do we stop ourselves from feeling this way? 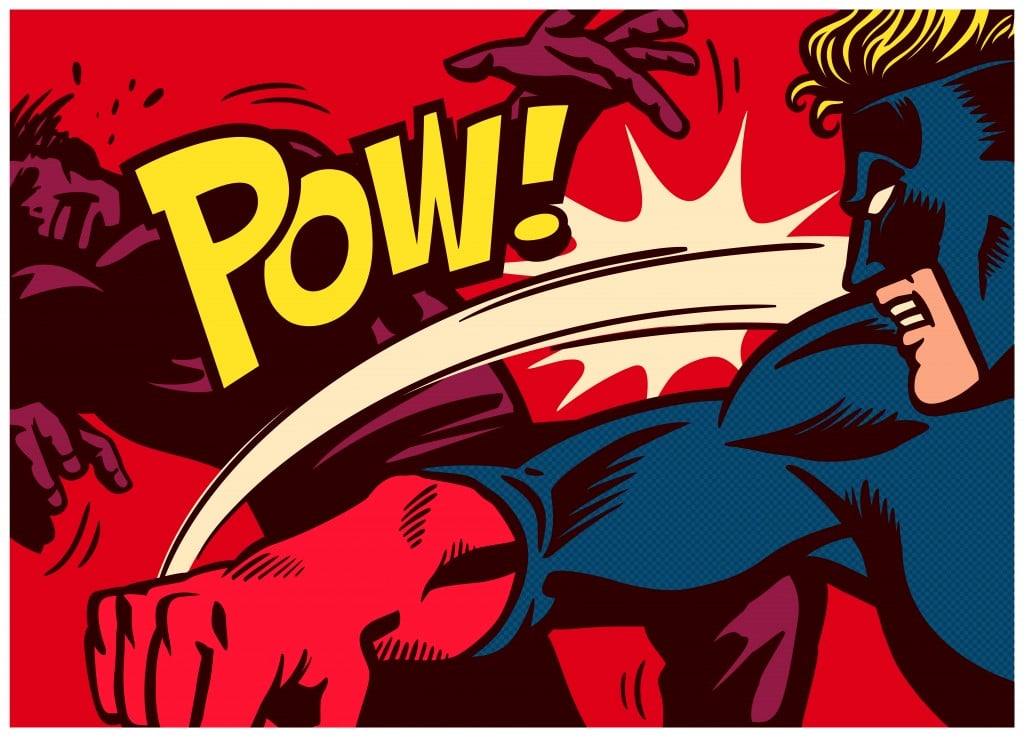 Ever had one of those times where you really wanted to go home, but the other person just wouldn’t stop talking?! (Photo Credit : durantelallera/ Shutterstock)

Of the various perspectives that can offer explanations, Sigmund Freud, the father of psychoanalysis, had one of the most compelling ones. Before we look at why we experience these emotions, it’s beneficial to look into the ABCs of psychoanalysis.

Psychoanalysis and the idea of personality

Freud, famous for his concept of the psychosexual stages of development, also put forth a famous explanation of personality. In Freud’s view, the human psyche, or the personality, consists of the conscious mind, the preconscious and the unconscious mind. The conscious mind, as the name suggests, allows us to constantly process the world around us, and is accessible to us whenever we want. The preconscious is the collection of experiences and memories that we had. Although it was not consciously available, it was always accessible when we needed it. Then came the unconscious mind, hidden away and waiting in the darkness to creep up on us when we least expect it, e.g., “a slip of tongue”.

This unconscious mind was seen as being largely responsible for the thoughts that we have. So, to explain it better, let’s assume our mind looked like an iceberg. This iceberg was divided into three parts: the super ego, the ego (the two more visible parts of the iceberg), and the id (the huge chunk of iceberg hidden beneath the water).

The id is the first part of the personality to develop, right when we’re wee little babies. It’s largely made of impulses. It screams for its needs to be satisfied immediately. It seeks to avoid pain and be happy all day long. It can also go to any extent for this need to be gratified. It is primitive and selfish.

Next develops the ego, the ego is the part that helps us reason and act rationally. It operates with accordance to the reality and environment around it. It evaluates the situation and see what an appropriate response would be. It sees how best to give the id what it wants.

The last to develop is the superego. This develops largely from the people we grow up with. As children, we are constantly told by our parents about what is right and wrong. As we grow up, this external rules and regulations slowly becomes internalized, and we begin to monitor ourselves. We eventually develop our own morals and ideals and constantly check if our actions are in sync with these ideals.

The super ego is a part of our psyche that is like an overly strict principal; its standards are too high. The id, on the other hand, is like little baby—it wants what it wants, when it wants. The ego is stuck somewhere between the two. It tries to mediate and gratify the needs of the id in a subtle way. What often happens is that these three don’t always get along. When they have misunderstandings, we feel “anxious”. The purpose of this anxiety is to let us know that all is not well. When the id and the super ego fight, it causes fear of one’s conscience. When we have a flash of aggressive thought, it could simply be one of the id’s primitive suggestions. 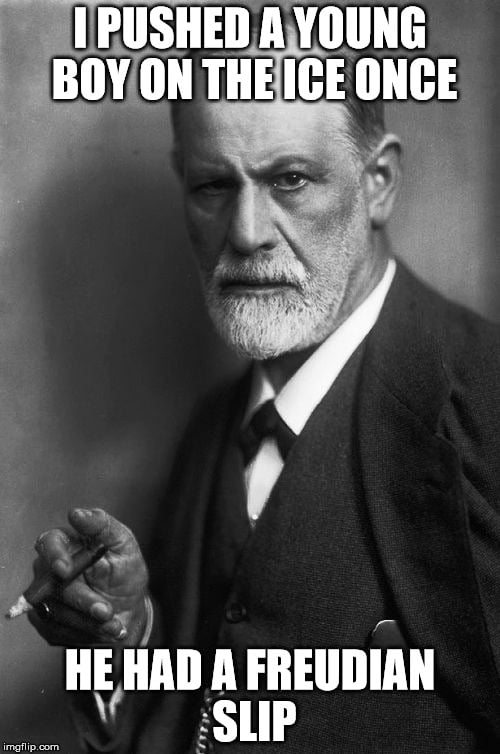 Freud demonstrating what happens if your ego is on a holiday

Dealing with these thoughts

It often happens, that these forbidden thoughts that we have, the super ego makes sure that we feel a lot of guilt and shame. The level of guilt largely depends on how rigid the super ego is. If our parents were rather strict (authoritarian parenting), or if we were from a superstitious or inflexible religious/ cultural background, the amount of guilt associated is tremendous. The ego, on spying these negative emotions, feels threatened, and immediately dismisses this thought.

It always helps to observe the thought and let it pass, accept that a thought is just a thought and not the commandment one has to act on. After all, aggression is instinctual. The more we beat ourselves up about why we had such a thought, more is the distress. Another way of dealing with it, is to share it with some one that you trust. It’s most likely that they’ll relate to this as they might have experienced similar distressing thoughts. And the last, is to laugh about it. Humour is a great way to make anything distressing into something funny like how Professor Lupin taught the students in Defense Against the Dark Arts class to face their fear by turning the boggart into something hilarious.

A scary professor or a dynamic grandma?

Another extreme to it will be when these thoughts become compulsive, we pay so much attention to it that it starts to control and take over our lives. Then it turns into a full-fledged disorder whose most prominent feature is intrusive thinking. Individuals who go through obsessive-compulsive disorder, have unrelenting thoughts of aggression, sexual desires, or even death. These themes vary from person to person. When faced with a situation like this, it is better to consult a therapist and a psychiatrist.

Another extreme is when these thoughts do occur, and the individual is completely unperturbed by them. This kind of behaviour in its extremity would be characteristic trait of anti-social personality disorder, better known as sociopathy. If you looked at a serial killer lacking any remorse after multiple crimes it is the lack of ability to feel guilt, and hence a poorly developed super ego.

Lastly, these thoughts of violence are normal. We all have the capacity and capability to be aggressive, as it’s in our genes, we see it on television, and it seems to be all around us. It’s an adaptive response that facilitates the fittest of us to survive and procreate. However, the biggest question is, do you react to these thoughts? Do you carry them out? Because that’s when it becomes a problem. Until then, it is what it is—just a thought!