Have you ever had to babysit a child? If so, then you know how difficult it is to get them to sit still in one place. You gradually get hungry, sleepy and bone-tired, yet they never seem to want to stop playing and catch a breath. It can be a nightmare to get them to sleep! How children play changes as they grow. An infant explores objects using his body by sucking or touching and progresses to other activities, such as throwing. The child then starts to manipulate materials to create different objects, such as building stuff with Legos or sometimes even pretending that one object is something else, for example, a cubby house becomes a rocket ship!

Kids continuously observe the world around them and imitate others through role play. They sometimes play the role of a teacher instructing dolls about colors, or sometimes they become a cop on a mission to catch a dangerous thief! Slowly, they learn to follow the rules of various games, building an understanding of the purpose of those rules as they grow older.

Why do kids play?

There are many theories about why kids play, so let’s take a look at them!

Adults spend a lot of energy to earn their bread. They provide food and nutrition to children, who do no such work. Kids therefore accumulate energy and always have a surplus of it. They often become restless if they sit in one place for too long. Playing helps to release this surplus energy and maintain a healthy balance.

Kids frequently come across tasks that are relatively new to them. They are constantly learning and get tired from the constant bombardment of new information. They use play as a form of relaxation to tackle the accumulated fatigue from so many unfamiliar cognitive activities. It is similar to how adults often play sports to relax from their daily stress. This theory sees play as a rehearsal for later survival. It helps children practice behaviors and skills that will be useful in the later stages of life, through team work and role playing activities.

Sometimes, kids use play to cope with changes in their immediate future or the present, which could include preparation for moving, going to school, entering the next stages of development, etc. Playing lets kids practice real-life scenarios in a safe, risk-free environment so that they’re better equipped when faced with reality. Have you noticed how kids often play games involving hunting, chasing, hiding and searching? This theory suggests that re-enacting activities from history is intrinsically rewarding. They recapitulate certain activities of the primitive man. This may explain why they play with pebbles, throw stones, scribble on walls and trees and build toy huts.

Kids express their emotions through play. This theory goes a bit further and suggests that play acts as an outlet for the negative emotions pent-up inside children.

The primitive impulses cannot be adequately expressed due to our refined ways of life. Play helps to release anger, pride, the need to fight, gregariousness and other such seemingly negative emotions through activities that, while not uncivilized, are expressions of our primitive instincts. This theory is very similar to the surplus energy theory mentioned above. The only difference is that this theory describes the release of psychic energy, while the latter talks about releasing excess physical energy.

Is play good or bad?

Over time, play has been given an unimportant place, making it a priority subordinate to work. Work or academic performance is valued as a necessity that provides a material basis for life, whereas play is often seen as frivolous. It is, however, clear from the above theories that children learn a lot from play and it helps them develop as a person, both emotionally and intellectually. A good balance between the two would be perfect! Adequate amounts of play is extremely important for the overall development of a child. Playing outdoors, especially, is critical for a child’s health and success. Children of this generation spend a large amount of time indoors interacting with electronic devices. Other reasons for a lack of outdoor play include concerns about sun exposure, an emphasis on academic achievements, and the lack of safe outdoor spaces to play.

Playing outside helps kids in the following ways:

Sunshine – Our bodies need sun exposure to make vitamin D, which plays a crucial role in many bodily processes, from bone development to the functioning of the immune system. It is also important for healthy sleep and the regulation of our mood. Some sunshine every day makes sure our bodies work at their very best! Exercise – Kids require a minimum of an hour of active play each day. Playing outdoors serves as a good encouragement for kids to get this daily dose of movement.

Executive function – Kids learn many skills that help them learn to plan, prioritize, troubleshoot and negotiate. Children must be encouraged to get creative, make their own games and solve problems. Playing outside presents many opportunities to practice these skills.

Taking risks – Playing outdoors makes kids leave their comfort zone and take more risks. It teaches them to go out and make new friends, climb trees, ride bicycles, etc. It teaches them that losing a match doesn’t mean you should stop playing. It teaches them the invaluable lessons of failure. In addition to taking risks, children also learn to weigh risks and conclude whether they are worth taking. This serves as a huge skill advancement that helps them throughout their lives. Kids learn to get out of their comfort zone and take risks through playing outdoors. (Photo Credit: Pixabay)

Socialization – Kids inculcate the virtues of sharing, co-operation and working together by playing outdoors. They learn how to treat other people by observing and interacting in unstructured settings, most of which cannot be learnt in very structured settings, such as schools.

Appreciation of nature – Walking in the woods, digging in the soil, making sandcastles, climbing a hill or staring at the shapes of clouds is not only refreshing, but also brings one closer to reality. Since children are the future of this world, appreciating nature will also help them better protect it.

So try it. Send your kids to play outside, or better yet, join them!

The short URL of the present article is: http://sciabc.us/NN6Vi
Help us make this article better
Prev Article Next Article
About the Author: 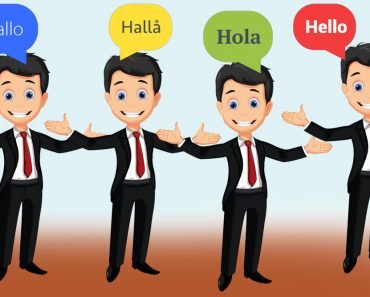 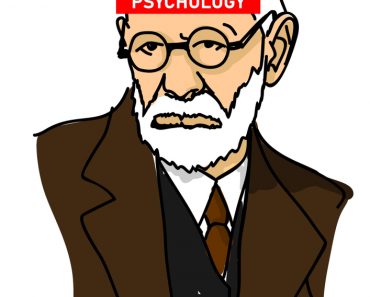