Marilyn vos Savant was named the person with the highest IQ in the world by Guinness World Records from 1986 to 1989.

We often refer to people who are extremely intelligent as ‘a genius’, ‘bright’, ‘sharp’ or ‘savant’, among other things. A savant is someone who is exceptionally learned, can wrestle seemingly complicated concepts with ease, and holds a firm grasp on the way the world works.

Apart from already having the word in her name, Marilyn vos Savant embodies such a definition. She was ranked the person with the ‘Highest IQ’ by Guinness World Records from 1986 to 1989, but showed signs of her high intelligence from childhood. Let’s take a look at the life, rise to fame and unfortunate controversies surrounding the legendary Marilyn vos Savant!

Marilyn was a bright kid for her age. She took an IQ test when she was only 10 years old and displayed the cognitive ability of a 22-year-old. Born on August 11, 1946, in St. Louis, Missouri as Marilyn Mach, she had a rather unremarkable childhood, and was born into a family of coal miners (both her grandfathers having worked as miners).

By complete coincidence, both her maternal grandfather and paternal grandmother had the surname Savant. Her mother inherited her father’s surname Von Savant, which she adopted for herself, foreshadowing her popularity and eventual title as having the highest IQ in the world. 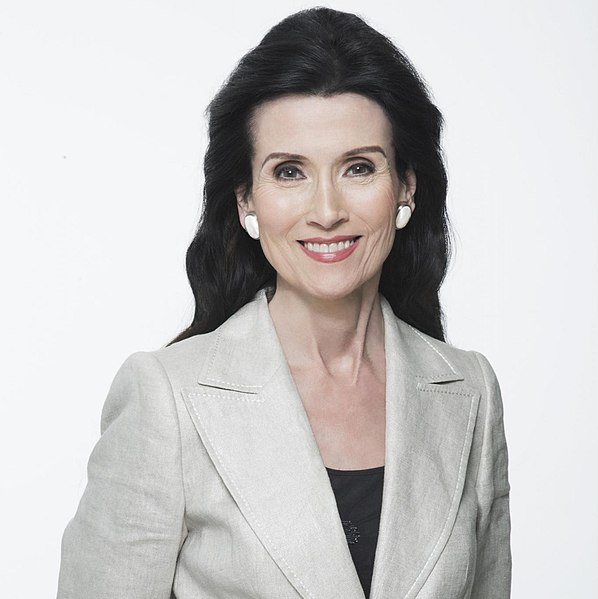 As a student, Marilyn was brilliant in science and math, but also had a deep interest in writing. She wrote clips under a pseudonym for a local magazine while helping her father out in his store. Counterintuitively, she didn’t pursue further studies in an Ivy League college. Instead, she attended Meramec Community College, and later studied philosophy at Washington University in St. Louis. She dropped out after 2 years and later joined her family’s investment business.

Highest IQ in the world

Marilyn rose to immense popularity after the 1986 Guinness Book of World Records was released, which gave her the title of ‘Highest IQ’ in the world. She held that title for three years in a row, boasting a remarkable IQ of 228, and entered the Guinness World Records Hall of Fame in 1988.

She took two IQ tests to earn the title—the Stanford-Binet test and the Mega Test. Stanford-Binet is a cognitive ability test that is used to gauge intellectual deficiencies in children. It measures one’s aptitude in verbal and non-verbal abilities through five categories of knowledge, visual-spatial processing, fluid reasoning, working memory, and qualitative reasoning. The Mega Test was published by Hoeflin in 1985 as a general intelligence test to distinguish top-tier savants. Needless to say, she scored high on both tests.

These tests do have their drawbacks and have been widely criticized for not being an accurate yardstick for a person’s IQ. The Guinness World Records scrapped the category of ‘Highest IQ’ altogether after 1990, owing to the questions over the tests’ accuracy. However, this didn’t deter Marilyn’s popularity, as her image of being the smartest person in the world had already been cemented.

With a legendary reputation intact, she moved to New York to pursue her ambition of becoming a writer.

Ask Marilyn and tirades of controversies

Even before moving to New York, Marilyn wrote columns for magazines and newspapers. She jointly wrote a cover in the New York magazine with her husband Robert Jarvik, who is something of a savant himself and invented the Jarvik-7 artificial heart. Her popularity earned her notable—albeit awkward—spots on major Late Night shows.

After moving to New York, she began writing a column for Parade magazine, which did a cover on her as the smartest person in the world and garnered lots of positive attention. Her column was named ‘Ask Marilyn’, where readers asked various scientific, logical and puzzle-related questions for Marilyn to answer.

However, her journey has not been free of controversies. She has been the frequent target of sexist attacks based on the answers given in her column. The most famous one was the ‘Monty Hall’ problem, which was posed by one of her readers.

The Monty Hall problem is popular today, but was very obscure a couple decades ago. The question asked to Marilyn assumes a context like the setup of Let’s Make a Deal, in which there are three doors to select from—one containing a car and the other two containing goats. The host asks the player to select one door and then opens one of the remaining doors, which reveals a goat. Now, the host asks the player to either stick with his initial choice or switch to another door. What should the player do to ensure he selects the car? 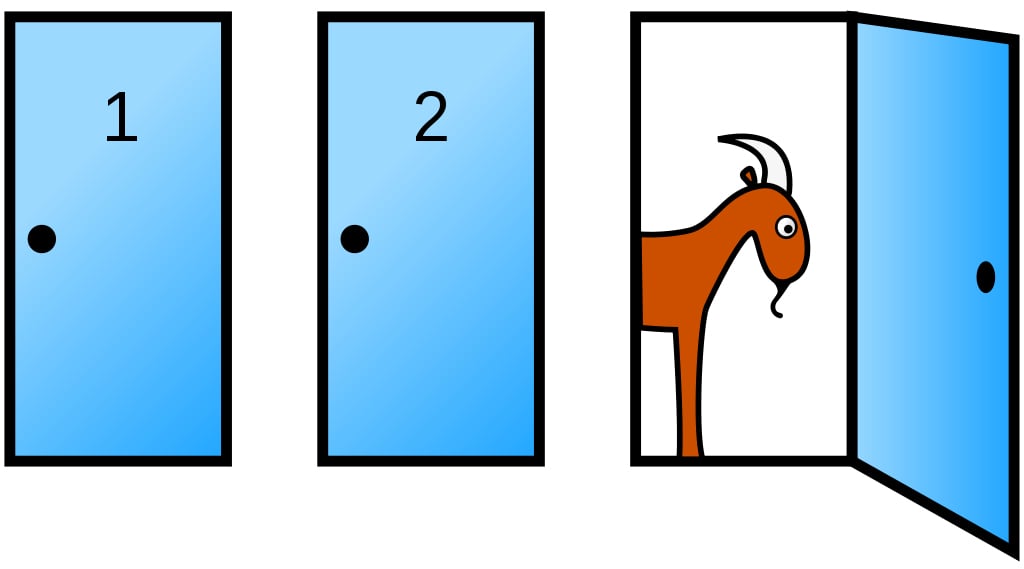 The question is a probability problem. When the game begins and the player selects a door, he has a 1/3 chance of being successful. 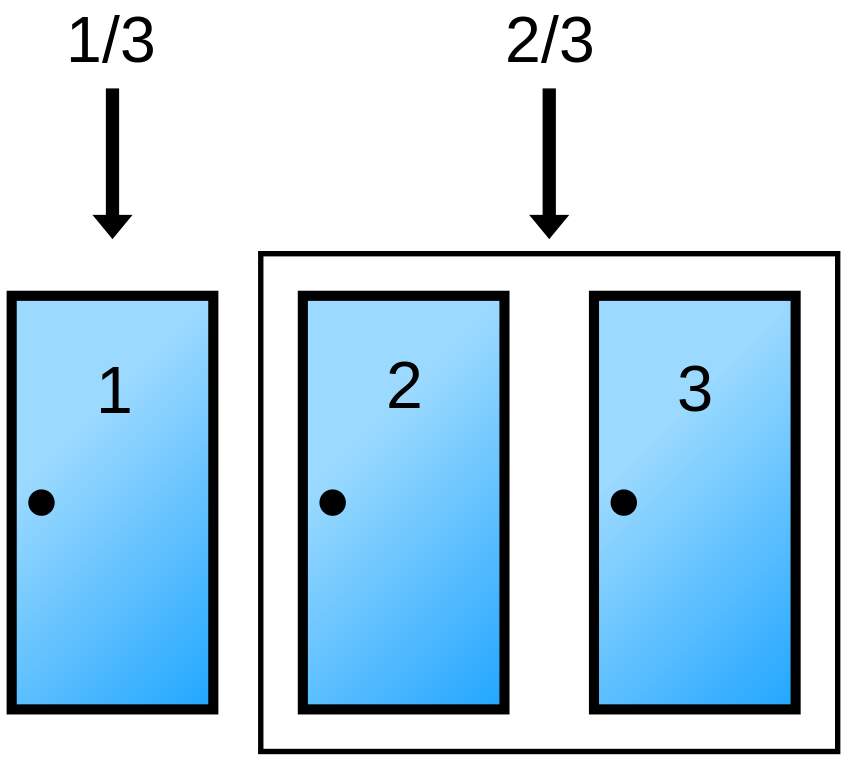 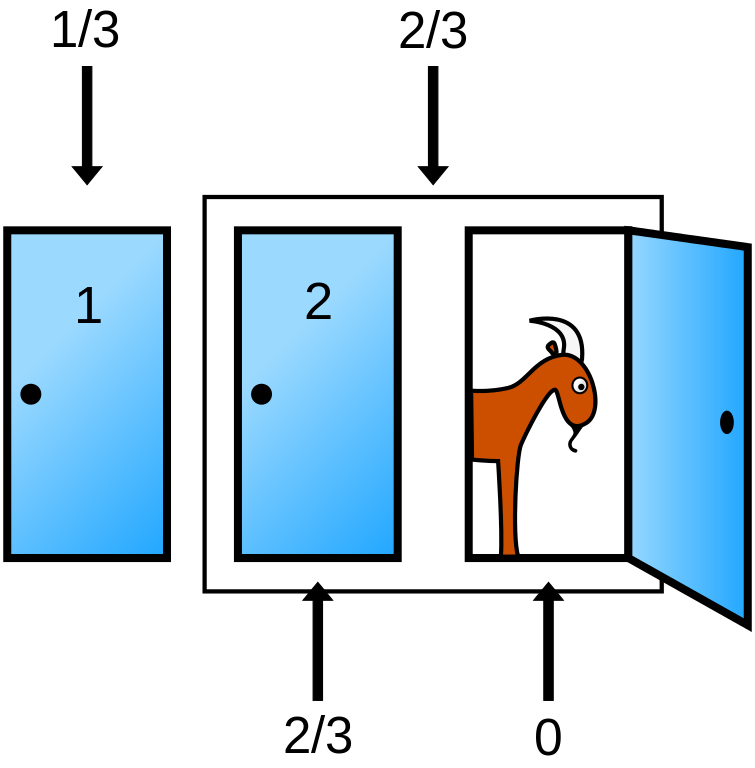 The host opens a door, and the odds for the two sets don’t change, but the odds move to 0 for the open door and 2/3 for the closed door. (Photo Credit : Cepheus/Wikimedia Commons)

Marilyn explained her logic and choice to switch her guess. Her answer was met with massive backlash not just from the average person, but also university professors who called her reasoning completely flawed. She even received nasty letters from senior professors, such as Scott Smith, Ph.D. of University of Florida, who wrote,

“You blew it, and you blew it big! Since you seem to have difficulty grasping the basic principle at work here, I’ll explain. After the host reveals a goat, you now have a one-in-two chance of being correct. Whether you change your selection or not, the odds are the same. There is enough mathematical illiteracy in this country, and we don’t need the world’s highest IQ propagating more. Shame!”

In subsequent columns, she explains her logic more clearly and although the answer is still debated to this day, it was accepted that she was correct in her assessment. The professor soon realized his mistake and issued an apology, but the column experienced a number of controversies, some of which continue to this day.

Although she has gotten used to backlash from people about her IQ test, Marilyn herself believes that IQ is by no means a concrete measure of how smart a person is. In an interview, she says, “When we call upon experts we hear them say whatever it is they have to say, but that doesn’t mean they have any analytical ability, that doesn’t mean they have the ability to process the information at hand — that’s really more what intelligence is.”

Marilyn serves as a board member of the National Council on Economic Education. She also serves as an advisory board member for the National Association for Gifted Children and the National Women’s History Museum. The ‘Ask Marilyn” column is still active and popular, so if you have a brain-teaser for someone once claimed to be the smartest woman in the world, send it her way!