The blitzkrieg strategy was a complete success in the early years of the war. It allowed the German forces to quickly overrun the Allied forces in a series of surprise attacks. However, the strategy eventually failed as the Allied forces began to catch on and adapt their own strategies to counter the German blitzkrieg. Additionally, the strategy began to fail as the German forces ran into logistical difficulties, such as in the campaign against the Soviet Union.

Between 1939 and 1941, in the midst of the Second World War, the German armed forces launched a series of offensive attacks that left the Allied forces grappling for some semblance of control. The Allied strategies, based on prior experiences, seemed to fail magnificently, creating the potent threat of an Axis victory.

How did the clearly outnumbered German Wehrmacht (combined military forces) manage to outsmart its enemies? Furthermore, why did the war not end on a favorable note for the Third Reich and its Axis coalition?

The German military employed the ‘Blitzkrieg’ strategy in the Second World War. It used a combination of military technology and an unexpected scale of offensive maneuvers to derail its enemies’ campaign, proving to be deadly as a military strategy and psychologically devastating. It was also called a ‘Lightning War’ and perfectly mimicked all the qualities of a typical bolt of lightning—incredibly swift, unpredictable, and overpowering. 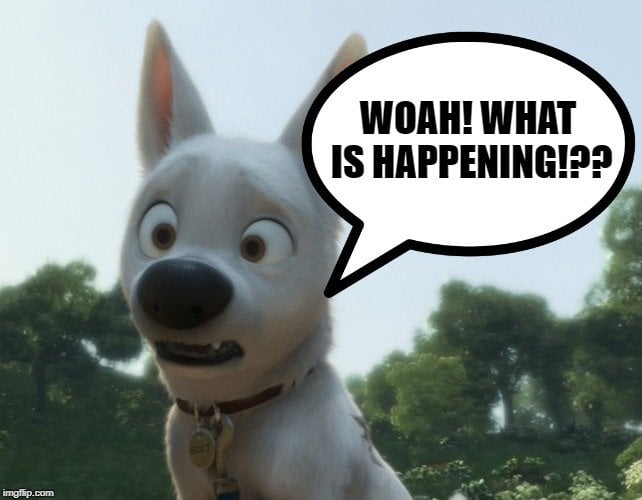 This military strategy involved concentrated attacks with weapons and forces localized in narrow pockets. Enemy retaliation was disbanded and disorganization was systematically created among their ranks. Reinforcements on the opponents’ side were also stopped from flowing in. The lightning war ideology and organization resulted in massive victories to the German side, with less time spent, lowered cost and a minimal loss of personnel on their part.

The remarkable mix of modern offensive ammunition, communication technology and warfare strategies used were successful in the fruition of German dictator Adolf Hitler’s military goals. Radio communication ensured that the numerous troops of the Wehrmacht attacked simultaneously and functioned as a well-oiled machine. These forces included the Heer (army), the Kriegsmarine (navy) and the Luftwaffe (air force). Attacks on opponents were led by the ‘Panzer’ division, composed of armored forces and tanks, followed by the infantry. The Luftwaffe was a supporting entity that cut off enemy reinforcements with dive-bombers. This elaborate strategy involved breaching deep into enemy territory through the flank, where an offensive would be the least expected. 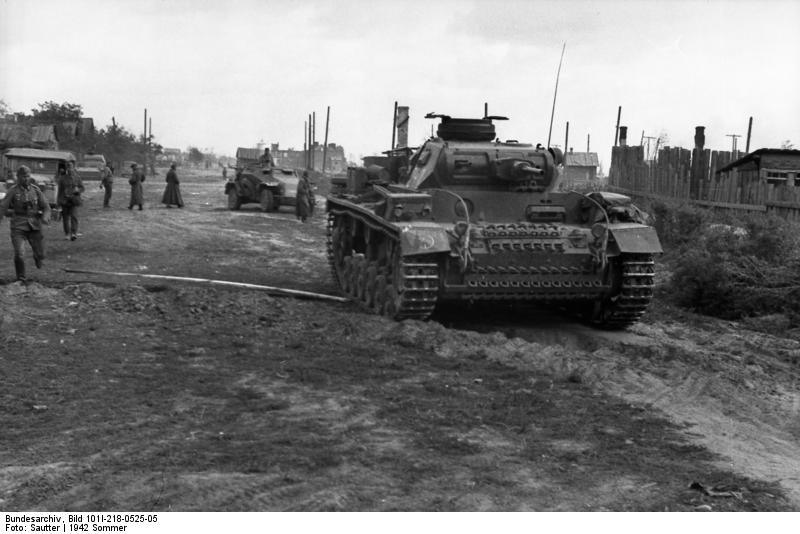 Although this strategy took the military world by storm, it was far from novel. It was based on the improvisation of previously used plans, both successful and foiled. This precedent was the ‘Schlieffen Plan’, devised during World War 1 in 1914 against the French. It acknowledged the lack of resources and counted on the speed of maneuvers, attacking at the flank, and quick-footed decision making as ways to overcome the numerical imbalance. The plan also involved enabling commanders to make aggressive decisions without bureaucratic approval. Altogether, the technique was termed ‘Bewegungskrieg’, meaning ‘war of maneuver’.

Fast-forward to 1939 and the plan found its application in Germany’s invasion of Poland on September 1, 1939. It was magnified in scale with the heavy use of tanks, motor vehicles, radios and aircraft. Soldiers like Heinz Guderian realized the lethal effect that these arms, paired with their tactical strategy, could have in creating disorganization. The strategy encouraged decentralization, not just among the commanders, but also among the lower ranks. Hence, individual platoons were equipped for swift attacks and the improvisation of plans, if required. 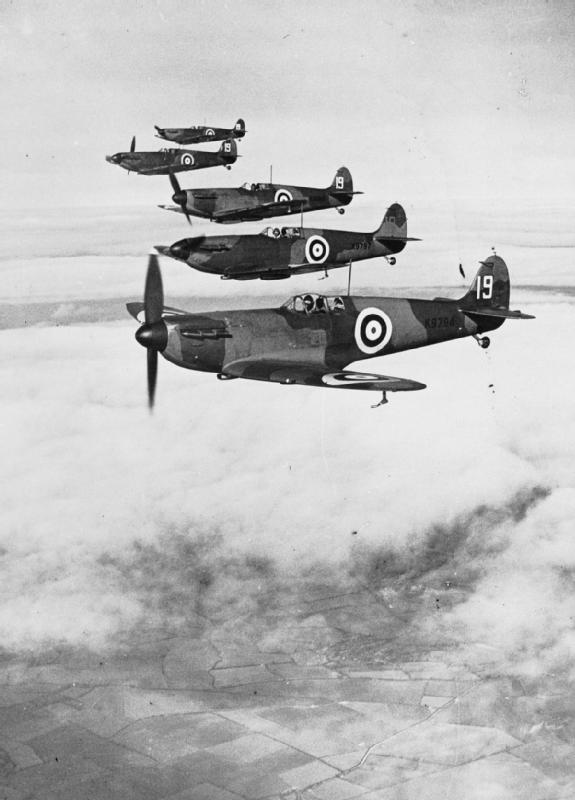 The Allies outnumbered the Axis forces in their battalions of tanks and aircraft, but they pushed these to the sidelines. Instead, they prepared for another attritional war, like the trench warfare of World War 1, where the first defense that wore the other down would be the victor. The sudden offensive intensity caught them unawares. This was a massive swing in the German war strategy, as compared to the indecisive trench warfare of the preceding war. This stemmed, in part, from the many restrictions placed on Germany by the Treaty of Versailles. 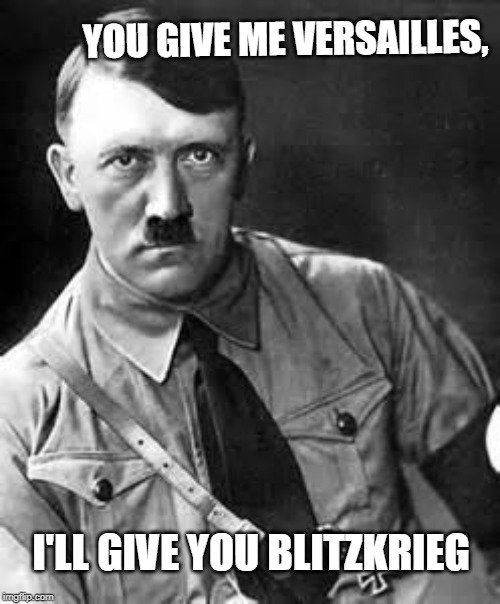 After their defeat by their Allied counterparts in 1918, the German military forces were placed under a restrictive limit of 100,000 volunteer troops. Many clauses cut down on their ability to develop a modern armory and recruit soldiers. The 1930s saw a burgeoning of Adolf Hitler’s aggressive expansion policies and German rearmament. Functioning under severe limitations, Germany compensated for it in other ways and bounced back with a growing measure of aggression that reached its peak in 1939.

The term ‘Blitzkrieg’, derived from the German words ‘Blitz’ (lightning) and ‘krieg’ (war), was actually coined by Allied analysts in describing the German rampage in Poland. It first appeared in an English publication, Time magazine, on September 25, 1939.

Also Read: What Was The Battle Of Dunkirk?

From 1939 to 1941, the Allies were in for some major blitzkrieg surprises, beginning with Poland’s invasion by Germany in 1939.

German Invasion Of Poland In 1939

This invasion, meant to act as a shove to make the Britain-France alliance concede to a peace offer, snowballed into the commencement of World War 2. Germany breached its pact with the Soviet Union concerning Poland with an unprecedented attack. It breached Polish lines through Prussia in the north and Slovakia in the south, and simultaneously conducted bombing raids in Warsaw.

Gale, from the ‘Hunger Games’ series, came up with a devious plan to scare a large group of people into close quarters with one bomb, and then follow it with another that kills them once they are grouped together. A similar strategy could be observed in Germany’s air raids, except it was done to cut off military reinforcements by terrorizing civilians and pushing them out onto the roads. 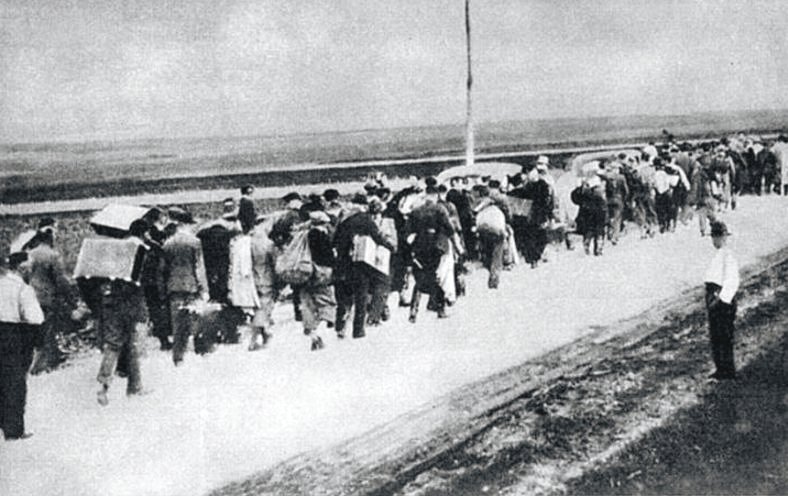 German forces charged through with their armored divisions and dive-bombers, trapping the Polish against the German border. The French forces deployed to help were prepared for defensive probing at the fringes and awaited British help. They were rendered helpless with the Germans’ stunning offensive that blew holes in all their defenses.

German Invasion Of France In 1940

A gang of thieves distracts law enforcement agencies’ attention away from their target by staging a robbery elsewhere, and then attacks the agencies at their most vulnerable point.

This was basically how Germany blindsided the Allies with its invasion of France in 1940. The invasion of the ‘Low countries’, as it was named, left the Allies scrambling and clueless. The French were prepared for a protracted defensive battle at the heavily protected Maginot line, the Franco-Belgian border. They had relegated their assembly of 3500 tanks to a secondary position, focusing instead on their artillery and infantry. 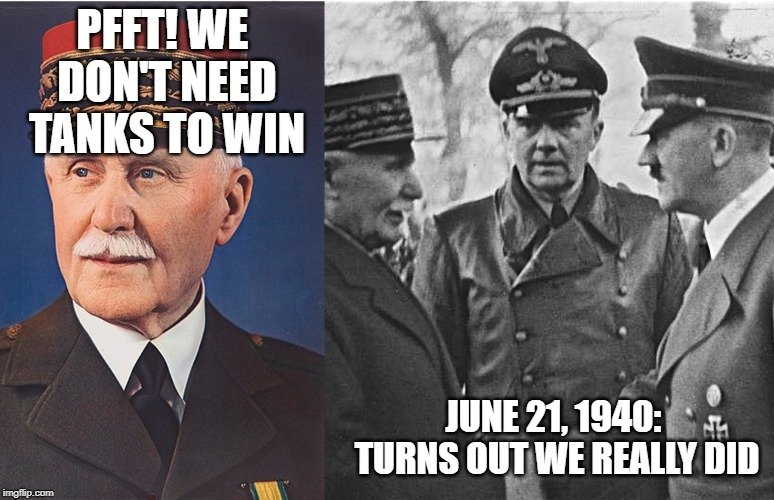 The German attack in the Netherlands and Belgium caught the French off guard. The Allied reinforcements were deployed there, which is when the Germans thrust into France through the vulnerable Ardennes forest, empowered by their Lightning war practices.

In June 1940, France signed over three-fifths of its territory to Germany in the very railway coach where the latter had accepted defeat after the First World War.

Why Did The Blitzkrieg Strategy Fail?

The German Blitzkrieg-led campaign drove back the Soviet forces to the gates of Moscow in 1941, after the suffering of many losses. By November 1942, a second offensive was launched. It pushed the Wehrmacht to the east side of the Volga river and the city of Stalingrad. A massive Soviet counteroffensive, coupled with the extreme winter, led to Germany’s defeat in its attack on the Soviet Union. At the same time, it also declared war against the United States of America. The simultaneous confrontation with two formidable forces subsequently took its toll.

This was the first of a series of losses that led to Germany’s ultimate defeat.

Also Read: What Was The Cold War And How Did It Start?

The isolation of the Kriegsmarine due to a hierarchy in the Wehrmacht was also a catalyst in the defeat. The navy was the black sh(ee)ip of the Wehrmacht. Little regard was paid to its modernization or the optimal use of Germany’s naval capabilities. The campaign against Great Britain failed, as the country was protected by the English Channel and the Royal Navy. The addition of the USA to the equation tipped the scales in the Allied direction. The lack of coordination among its three arms led to the failure of the Wehrmacht’s strategy in the later phases of the war.

Such a lightning-fast rise and tremendous fall from glory!