Home
Humans
Why Should Cranes Be Handled With Care?

Recently, in a deadly accident in Mecca, a city considered to be one of the holiest on the planet, many people tragically lost their lives when a crane toppled over. In addition to the loss of life, there was also a considerable loss of property. The accident involved the actions of human beings and one of the most common (and useful) machines that our society has ever developed – a crane. At least 107 people were killed when the crane toppled over at Mecca’s Grand Mosque (Source: http://www.scmp.com)

Given that a crane is supposed to lift heavy objects off the ground, it is only reasonable to ensure that the geometry and structure of a crane are accurately designed to account for any imbalance to the highest possible degree.

A crawler crane – one that can be moved around on a pair of tank-like treads – consists of four basic parts: superstructure, boom, mast, and cables. How Does it Work?

Imagine that you have to lift a massive stone that weighs 20 tons. As long as the stone is held close to the superstructure, everything is fine. However, the moment you start extending the weight away from the superstructure, the crane undergoes immense pressure, so it needs an equally mighty force to hold it upright.

When working with so many powerful forces, it is essential that all these forces are balanced against each other; a technique called “counter-weighting” is used to achieve this. Superstructures are loaded with massive weights of steel and concrete in order to do this. Also, crawler cranes have extendable feet, called outriggers, which further help to balance the weight equally. Despite all these preventative measures, it is crucial that the ground on which the crawler crane is positioned is flat and firm. Cranes are incredibly heavy all by themselves, and already put an enormous amount of strain on the ground, let alone when they are operating with serious loads. This is why you need to make sure that the ground is resilient enough to hold the crane upright. At times, it may be that the ground appears significantly firm, but if there has been any rain in the area within the past day or two, it is not ideal ground on which to position a crane. The ground must be firm enough to support the crane

The Role of Wind

Atmospheric conditions, especially wind, play a very important role in the operation, or rather the disruption in the operation, of cranes. When loads have to occasionally be taken very high off the ground, they will experience much stronger winds at that height. Also, when a crane is operating in an urban area that contains many tall structures, one must be careful about the channeling effect of wind.

When wind blows freely, without any obstacles, it doesn’t pose much of a threat. However, when the flow of wind is hindered by tall structures, it has to pass through much smaller spaces between building. This makes the wind blow faster than it would in an open area, which explains why during crane operations in cities, extra precautions should be taken to offset this effect.

Applications for cranes are diverse and far-reaching on every continent, but we can’t just assume that one of our most valuable tools will always do what we want. These are powerful structures operating under the laws of physics, just like everything else, so we need to make sure that the right precautions are in place before we operate them.

The short URL of the present article is: http://sciabc.us/wtCQvq
Help us make this article better
Prev Article Next Article
About the Author: 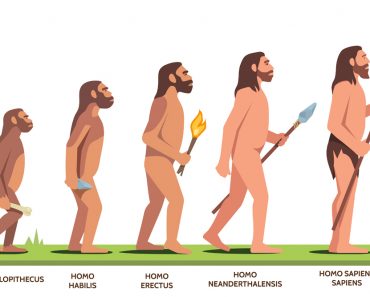