Home
Pure Sciences
Why Doesn’t A Room Get Brighter The Longer The Lights Stay On?

If you paid attention during your science class when the teacher explained the basics of optics, you already know that light is made up of millions of extremely tiny (as in, “invisible-to-the-naked-eye” tiny) particles known as photons. These are the fundamental particles that carry all types of electromagnetic radiation, including radio waves, UV rays, microwaves and, of course, visible light.

So, when you switch on a lamp inside a room, it instantly emits millions upon millions of photons that scatter in every direction, instantaneously illuminating every part of the room. 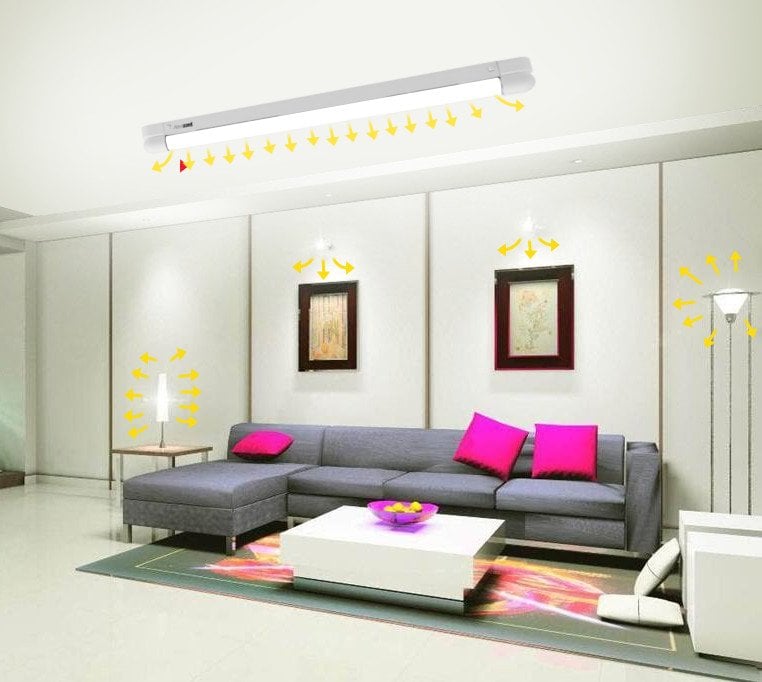 Since countless photons are constantly emitted as long as the lamp stays switched on, it stands to reason that the room receives a continuous, unending supply of photons. This, in turn, should result in a constant increase in the degree of illumination in the room, i.e., the room should get brighter and brighter as the light shines. However, as we all know, that doesn’t really happen. The question is…. why not?

Why doesn’t a room get brighter the longer a light source shines in it?

The room does get brighter and brighter, but only up to a certain point.

Yes, that’s correct. When you switch on a lamp within a room, the room does get increasingly bright initially, but that only continues to happen until a certain point is reached (within a fraction of a second). Beyond that, the room doesn’t get any brighter. The reason that a well-lit room doesn’t get increasingly bright, despite a continuous influx of new photons from the light source, is because existing photons are perpetually being absorbed by the stuff that’s present inside the room, including the furniture, walls and other objects. In fact, even human bodies absorb a fraction of the photons that strike them.

As long as the lamp is glowing, the room will have a constant supply of photons. Of the countless photons that strike an object (say, a table) kept inside the room, some will be absorbed, while others will get reflected and lose a certain amount of energy in the process. These reflected photons will strike something else in the room and lose a bit more energy. Basically, a photon continues bouncing off objects until it’s completely absorbed by something

As such, absorbed photons do heat things up, albeit by a negligible amount. This is because, when these photons are absorbed by objects, their energy is converted into heat energy, which is used to heat up the object the photons strike. Thus, a room with a light bulb on doesn’t get increasingly bright, but it does get slightly warmer. You may have noticed, therefore, that very well-lit rooms, if not properly air-conditioned or ventilated, are usually a bit warm. No matter how highly reflective the walls of a room are, or, in other words, how low their absorption is (as long as it’s not zero), there will be a brief moment of time during which the room gets brighter, but as soon as the equilibrium stage is reached (i.e., when the same amount of photons are being emitted by the light and absorbed by the walls), then the room will stop getting any brighter.

Even if you had a room stocked with mirrors (mirrors so good that they absorbed only 0.001% of the light after each bounce), all the photons present in the room would still be completely absorbed in microseconds, thanks to the blistering speed at which photons travel!

In a nutshell, a room with a light source doesn’t get brighter the longer light shines in it because photons get absorbed within the room and heat things up ever so slightly.

The short URL of the present article is: http://sciabc.us/oEWTe
Help us make this article better
Prev Article Next Article
About the Author: