The oldest solid material found on Earth landed here 51 years ago. Since then, it has provided us with glimpses of what the solar system and our home looked like in its infancy.

The year 1969 was quite a remarkable one for humans as a species. It was the year Neil Armstrong uttered those immortal words, “This is one small step for man, one giant leap for mankind”. However, just two months after the moon landing, Earth had a visitor from space.

The 28th of September 1969 was a Sunday, and the residents in the town of Murchison, Australia were getting ready for church. Around 10:48 am people started observing a bright orange fireball with a blue smoky trail plummeting towards the ground. A few minutes later, a sonic boom resounded in the area as pieces of the meteorite crashed to earth. Don’t worry… no one was injured aside from the hayshed roof of a barn.

The Murchison meteorite’s arrival pushed scientists forward in terms of understanding our past and gave us deeper insight into the question: Did life’s chemical building blocks evolve on Earth? Or did they hitchhike a ride from one of these visitors from space?

Grains As Old As Time

The stardust grains found inside the Murchison meteorite are the oldest solid material found on Earth. Some of the grains are 7 billion years old (whereas our sun is only 4.6 B years old). The meteorite is believed to have formed during an episode of enhanced star formation. 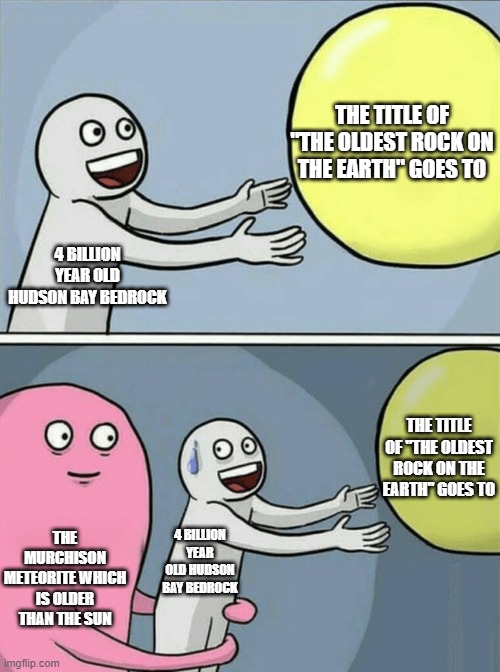 Since meteorites aren’t formed in a day, they grow in size over time as they wander in space. The ingredient sources of our meteorites include stars, supernovae, and other extraterrestrial bodies. The age of the grains in the Murchison meteorite range from 7 billion years to a few hundred million years old.

The Murchison meteorite belongs to a category of carbonaceous chondrites since its composition includes 2% Carbon (quite rare for meteorites) and tiny silicate globules called chondrules. The grains in this meteorite are held together by a sticky organic substance that smells like rotten peanut butter. 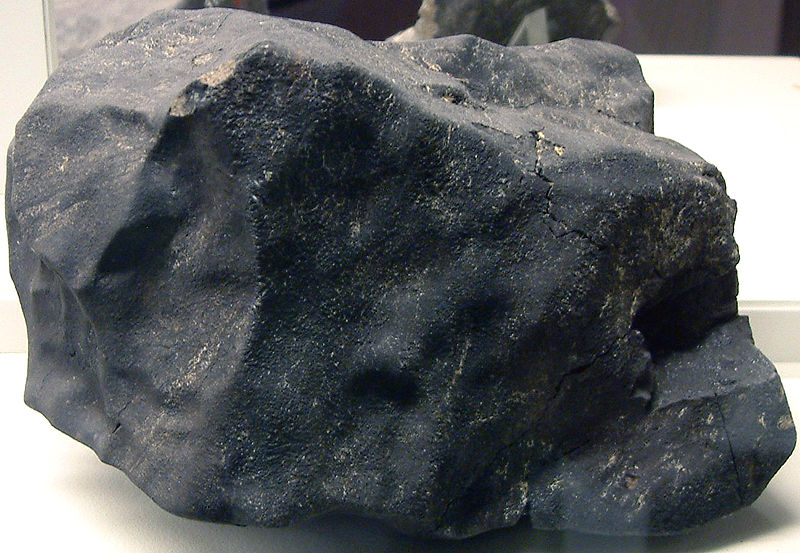 Chondrites are made of the first solids to have condensed from the remnants of a gas cloud. The gas cloud is made of stardust responsible for the formation of our own solar system. Chondrites are considered the most pristine and rare space rocks, due to their minimum exposure to extreme heat.

They still hold information about the birth of our sun, unlike others, which tend to lose evidence due to chemical changes caused by heat.

How Do We Know It’s Older Than The Sun?

The celestial spaces are filled with galactic cosmic rays.

The stardust made up of silicon carbide sometimes interact with those high-energy rays of the cosmos. This causes the Si to split into isotopes of Neon(Ne) and Helium(He). The generation of the He and Ne as a result of cosmic rays follows a particular rate, and scientists can take advantage of this trait to calculate age.

Scientists in a laboratory extract the silicon carbide chondrules/grains from a meteorite. Those are then placed in a mass spectrometer (MS). The MS heats the grains to a temperature where it starts releasing the gas trapped in the grains. Isotopic analysis of the gas that is released helps to pinpoint if they were generated due to cosmic ray interaction or not.

Calculating the number of isotopic Ne molecules allow scientists to calculate the age of meteorite materials.

Meteorites are the cheapest manner of space exploration, as they come to us! This rare carbonaceous chondrite provides us with evidence of complex carbon materials somewhere out in the universe.

Also Read: How Was The Moon Formed? 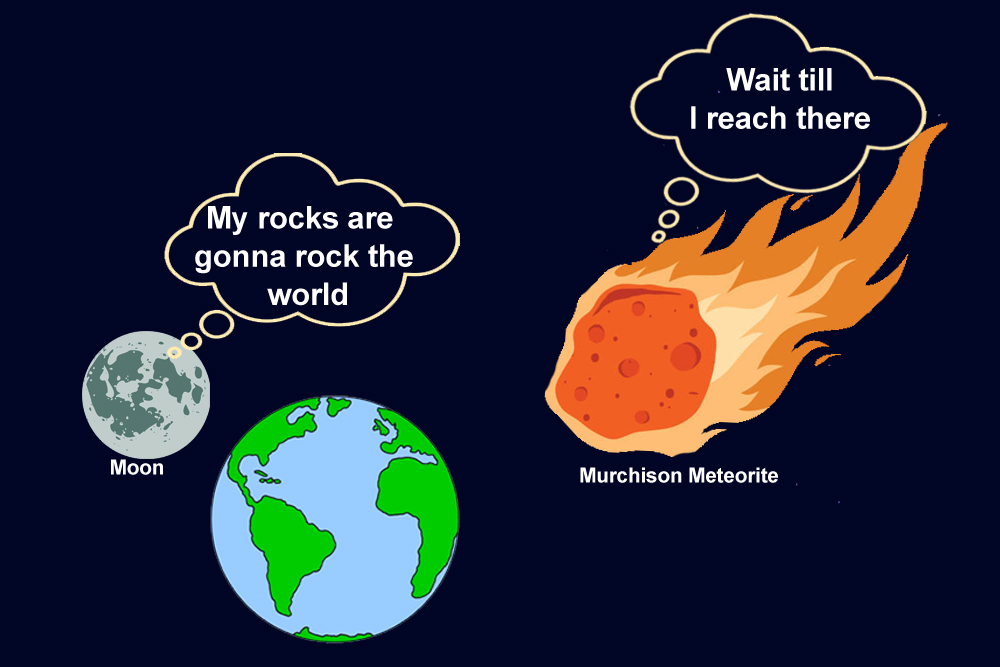 Fortunately for us, this meteorite reached scientists while fresh and fuming (it was still releasing gases when it reached the University of Melbourne) and didn’t suffer any terrestrial contamination. Due to its auspicious arrival time, it was studied by NASA and other institutes alongside the freshly acquired lunar rocks.

Initial studies into the meteorite disclosed the presence of some biochemically important molecules, like amino acids (building blocks of life). Glycine, alanine, proline, valine, and 4 other essential amino acids were found in the meteorite… but with a catch.

The amino acids present in the meteorites were in a racemic mixture (a mixture of left and right-handed molecules), unlike life, which prefers only left-handed amino acids.

No, the amino acid molecules don’t have hands… Imagine your right hand to be the structure of an organic molecule and its mirror image, the left hand, is another. When you try to superimpose them on top of each other, you can still see the thumbs poking out in different directions. Even though both hands consist of identical palm and fingers, their orientations are not identical. They are the same, yet different. 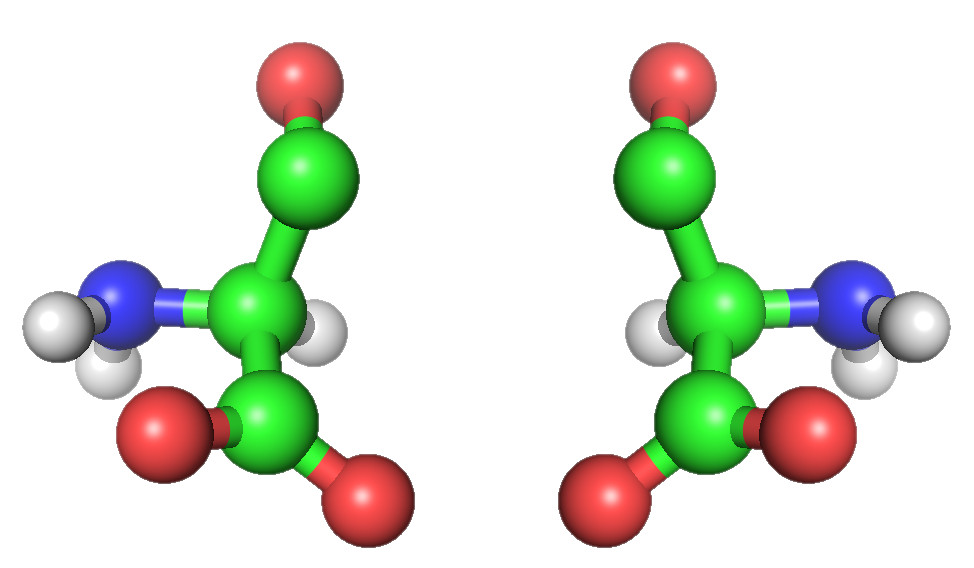 Similarly, some complex organic molecules have the same molecular formula, but different connectivities, and are called chiral molecules. They are differentiated by “handedness”. Now, back to what’s in the meteorite.

After 50 years of looking into the meteorite, researchers finally found something sweet. The meteorite harbors complex sugar and polyols that are the basic components of DNA and RNA. Bio-essential sugars like dihydroxyacetone (precursor to a body enzyme) and glycerol (helps in building cell membrane), ribose (a component of DNA) were all found in the meteorite.

This discovery was quite a big deal for chemists and biologists, as the sugar chemistry of extraterrestrial objects could be the missing link when it comes to tracing down which organic materials were present when life began to bloom.

How Does It Help Us Understand The Origin Of Life?

Some scientists believe that the elements most crucial to life, such as C, O, N, S, and H, were delivered to Earth when space rocks bombarded the otherwise lifeless planet a few billion years ago, when it was a violent mess.

This idea was sparked by the Miller-Urey experiment, which kickstarted the world of prebiotic chemistry. This is a field of study that tries to understand the chemical evolution that led to the formation of complex biological matter from simple molecules.

In 1952, Stanley Miller and his professor Harold Urey set up an experiment to simulate the environment of the young earth when life began to blossom. In their apparatus, they recreated an ocean full of primordial soup (a mixture containing gases and chemicals that gave rise to complex life-building chemicals). 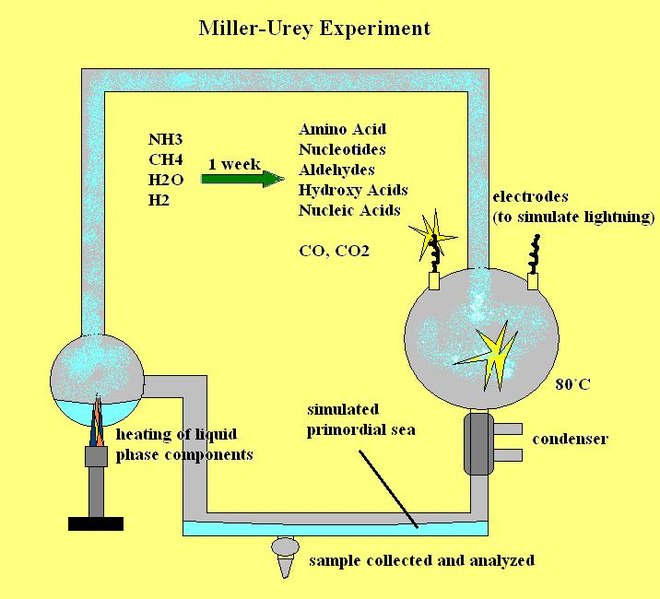 The mixture was heated and exposed to light to simulate the sun and geothermal heat. With occasional sparks of electricity to mimic thunder. After a few days of running the apparatus, the ocean started turning dark in color. Testing the mixture revealed the presence of many complex chemicals, a few of which were amino acids.

Miller updated his apparatus in 1972 and obtained coded amino acids and other proteins. A few of these were later identified in the Murchison meteorite. These findings ignited the curiosity of those experts trying to trace back the lost history of young Earth’s chemistry.

Also Read: How Was The Earth Formed?

The Murchison meteorite is like a time capsule, one that helps us understand the behavior of the sun in its infancy, as well as the chemical conditions that prevailed during the formation of the solar system.

Thousands of years of civilization and we’re still clueless about how simple chemistry turned into self-repairing and self-reproducing complex biology. These ancient black rocks could help us get closer to finding out those answers. The closer we look, the more we uncover what we don’t know. As Carl Sagan once said: “The cosmos is within us. We are made of star-stuff. We are a way for the universe to know itself.”