Home
Pure Sciences
What Makes Ice So Good To Skate On?

There are a number of sports that put the action in different and sometimes risky places. For example, consider the game of polo, which is played while riding on the back of a horse, or rugby, where players continually slam into each other. We’re particularly interested in the game of ice hockey, which is very similar to field hockey, with the major difference being that players have to maneuver on ice instead of solid ground. Have you ever wondered why players are able to slide over ice so gracefully? Why isn’t the game played on some other surface, such as glass or asphalt? What makes ice such an ideal material to skate on?

The property of ice that makes it ideal for sliding has piqued the interest of researchers for a long time now, and a number of claims have been made about the sliding properties of ice. According to one of those hypotheses, it was believed that the pressure created by players sliding on ice slightly melts the upper surface to make it slippery. This is aided by the frictional force between the skates and the surface of the ice, which generates heat and in turn melts some of the ice. While this claim does seem legitimate, arguing that the lubricated surface is what makes ice slippery, it is not entirely correct. As studies conducted in recent years have shown, the pressure exerted by skates and the puck is not adequate to impart the required energy to slide around so smoothly. The Actual Reason Behind Ice’s Slippery Side

Gabor Somorjai, a professor at the Lawrence Berkeley National Laboratory, has performed a number of studies related to ice and its chemical properties. According to him, ice has a “quasi-fluid layer” that is inherently slippery in nature. All types of ice have this layer, even ice at -129 degrees Celsius (-200 degrees Fahrenheit).

Somorjai says that, while it is true that pressure and friction can melt ice and make it slippery, in the game of hockey, the pressure is not significant enough to liquify it. He claims that ice does not need to be melted to be slippery; in fact, it already has a slippery layer on its surface. This ‘quasi-fluid’ layer’s thickness can vary depending on the temperature. At temperatures below -157 degrees Celsius (-197 degrees Fahrenheit), this layer is one molecule thick. As the temperature increases and the ice is warmed, the depth of that slippery layer increases, thus making skaters ‘slice’ through more layers, producing more friction, and making it more difficult to skate as fast with the same amount of effort. On the other hand, more layers will also soften the surface of the ice, making it easier for figure skaters, who tend to skate on warmer ice.

In other words, you don’t have to melt the ice in order to skate on it; it will be slippery all by itself without you doing anything to make it so. Consider this a gift from mother nature – who is clearly an ice hockey fan!

The short URL of the present article is: http://sciabc.us/vieTx
Help us make this article better
Prev Article Next Article
About the Author: 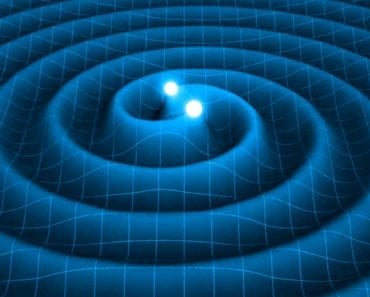