Genomic imprinting is a phenomenon in which only one gene is expressed, either from your mother or from your father, while the other is suppressed. This can happen in a number of ways, one of which is DNA methylation, wherein methyl groups attach to certain nucleotides on a DNA strands, acting as a label for that gene to not be expressed. Any alteration in the transcription of DNA or chromatin that is inherited is called epigenetics, which can happen naturally or artificially.

As you likely already know, children inherit genes from their parents; this is the fundamental way in which genetic traits are passed on between generations. In the vast majority of cases, children inherit one set of genes from their mother and one from their father. When these genes undergo recombination, the alleles reconstitute and a unique genetic expression is generated. However, in some cases, only one gene is expressed—and an instance of genomic imprinting occurs. 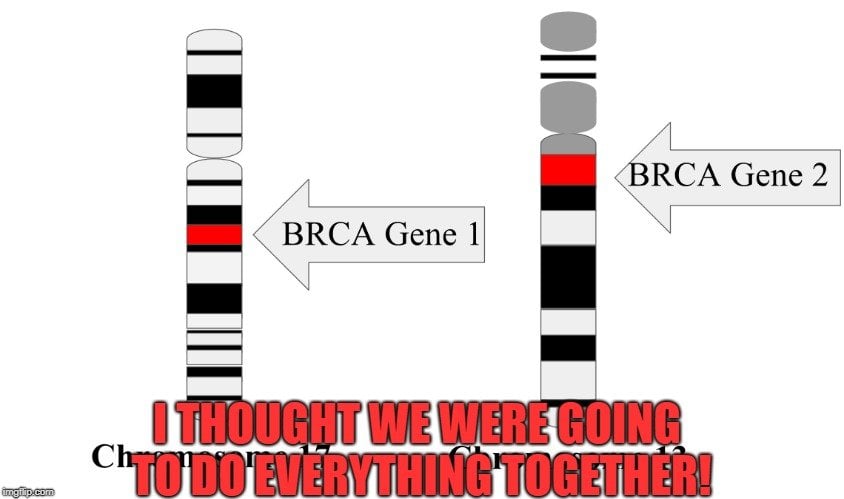 The intricacies of this genetic phenomenon are very interesting, as are the potential repercussions when genomic imprinting does not occur in an accurate fashion.

What is Genomic Imprinting?

Suppressing gene expression is done in a number of ways, one of which is DNA methylation, wherein methyl groups attach to certain nucleotides on a DNA strands, acting as a label for that gene to not be expressed. When a gene is imprinted, it means that it will not be transcribed, and will therefore not be expressed. More importantly, that “label” of methyl groups on the specific gene will be passed on to the subsequent chromosomes following gametogenesis, ensuring that the gene remains imprinted.

Genomic imprinting is our DNA’s method of regulating transcription, and essentially keeping genes turned on or off across multiple generations. Any alteration in the transcription of DNA or chromatin that is inherited is called epigenetics, which can happen naturally or artificially.

The reason that epigenetics exist, particularly in higher eukaryotes, remains hotly debated, but it makes sense from a reproductive perspective. If some genes were turned on or off, it may result in more or less desirable sexual characteristics, which could improve one’s chance of reproduction and the transmission of genes. As natural selection ran its course, those groups with specific imprinted genes that improved their sexual characteristics would have increased fitness. So, while it doesn’t necessarily make sense for the body to carry around a set of genes that is permanently turned off, in the course of evolution, it is easier to flip a switch than make the switch disappear.

The Danger of Genomic Imprinting 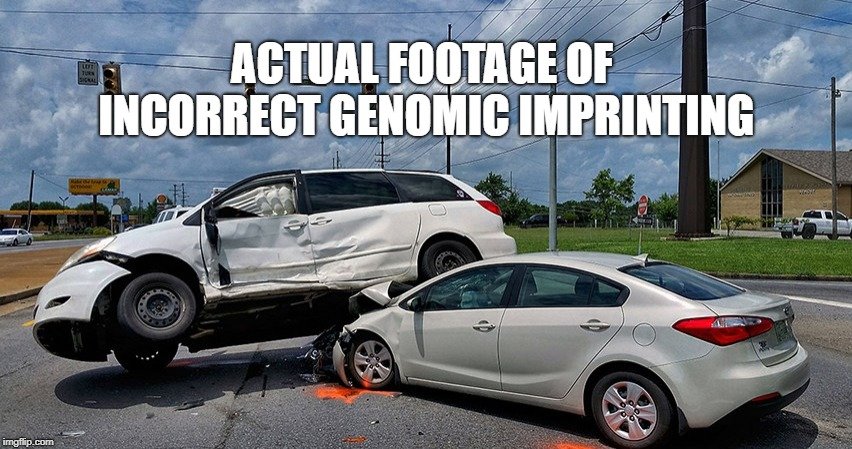 Two of the main examples of diseases linked to genomic imprinting errors are Prader-Willi Syndrome and Angelman Syndrome. Both of these conditions are linked to defects on the same imprinted region of chromosome 15. Multiple genes on the egg are imprinted, while at least one gene is imprinted on the sperm. Imprinting errors—or deletions—resulting in two active or two inactive genes can lead to significant developmental disabilities, cognitive issues, obesity, cancer and other dangerous side effects. Prader-Willi occurs when the copy of the gene from the father is missing, or when there are two maternal copies of the gene. Angelman Syndrome is the opposite, in which the copy of the maternal gene is missing, or when there are two paternal genes. Lacking the correct amount of active genes in these cases can lead to depression, uncontrollable laughter, learning disabilities, compulsive eating and jerky movements.

The trouble with genomic imprinting, of course, is that it remains strictly outside of our control. In other words, there is no way to improve the process of DNA transcription to ensure that errors in genomic imprinting don’t occur. That being said, there are ways to protect ourselves against dangerous epigenetic mutations. Essentially, since there is only one copy of these genes present/active in our body, they are particularly susceptible to mutations. Environmental signals like diet, hormones, activity and toxin levels can all affect the imprinting of these genes, so taking care of your body and being aware of environmental factors can help you lower the risk of these dangerous epimutations.