Clemmensen’s reduction is a chemical reaction used to reduce aldehydes and ketones to simple hydrocarbons. The reaction proceeds via a carbanion intermediate. The carbonyl compound is finely chopped to increase the reaction surface area, after which it is heated on a flame. The heat of the flame and the catalyst used provide the necessary activation energy for the reaction. Amalgamated zinc is used as the catalyst in this reaction.

Organic compounds are found all around us and form the essential substances used in daily life. You will be amazed by the amount of organic chemistry going around you on a regular basis, even at this very moment! Among the list of these life-supporting molecules is one very important species known as carbonyl compounds.

Carbonyls are majorly constituted by two classes of compounds—aldehydes and ketones. These organic molecules undergo numerous reactions, including reduction reactions, such as Clemmensen’s reduction. This article explores the reaction in detail.

What are aldehydes and ketones?

Aldehydes and ketones are organic compounds that have the carbonyl group incorporated in them. A carbonyl group is one in which two of the four valences of a carbon atom are satisfied by the double bond with an oxygen atom. It is the other two valences of the carbon that decide whether it is an aldehyde or a ketone. Aldehydes and ketones are found in a wide variety in nature, and many of them are also synthesized artificially. An aldehyde is a compound with a carbonyl group at the end. In aldehydes, one side of the carbonyl functional group is satisfied by a hydrogen atom, while an alkyl group fills the other side. Alkyl groups are nothing but simple compounds of carbon. The aldehyde group is also known as a formyl or methanol group. 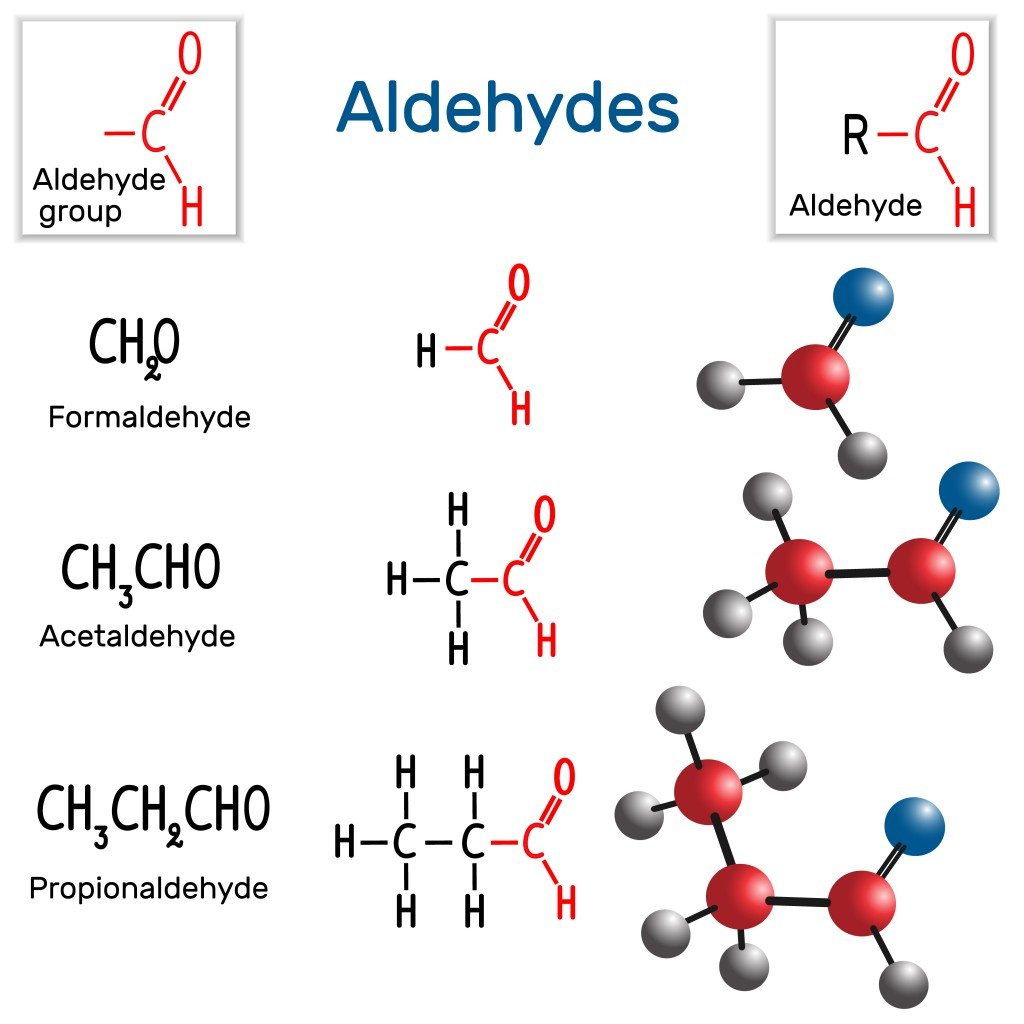 Vanillin (found in Vanilla), cinnamaldehyde (from cinnamon bark) and benzaldehyde (found in almonds) are some of the most commonly found natural aldehydes.

Ketones are carbonyl compounds in which both the remaining valences of the carbonyl functional group are satisfied by alkyls. As a result, these compounds are heavier and denser than aldehydes.

Camphor, R-carvone (from spearmint oil) and z-jasmone (found in jasmine) are some commonly occurring natural ketones. 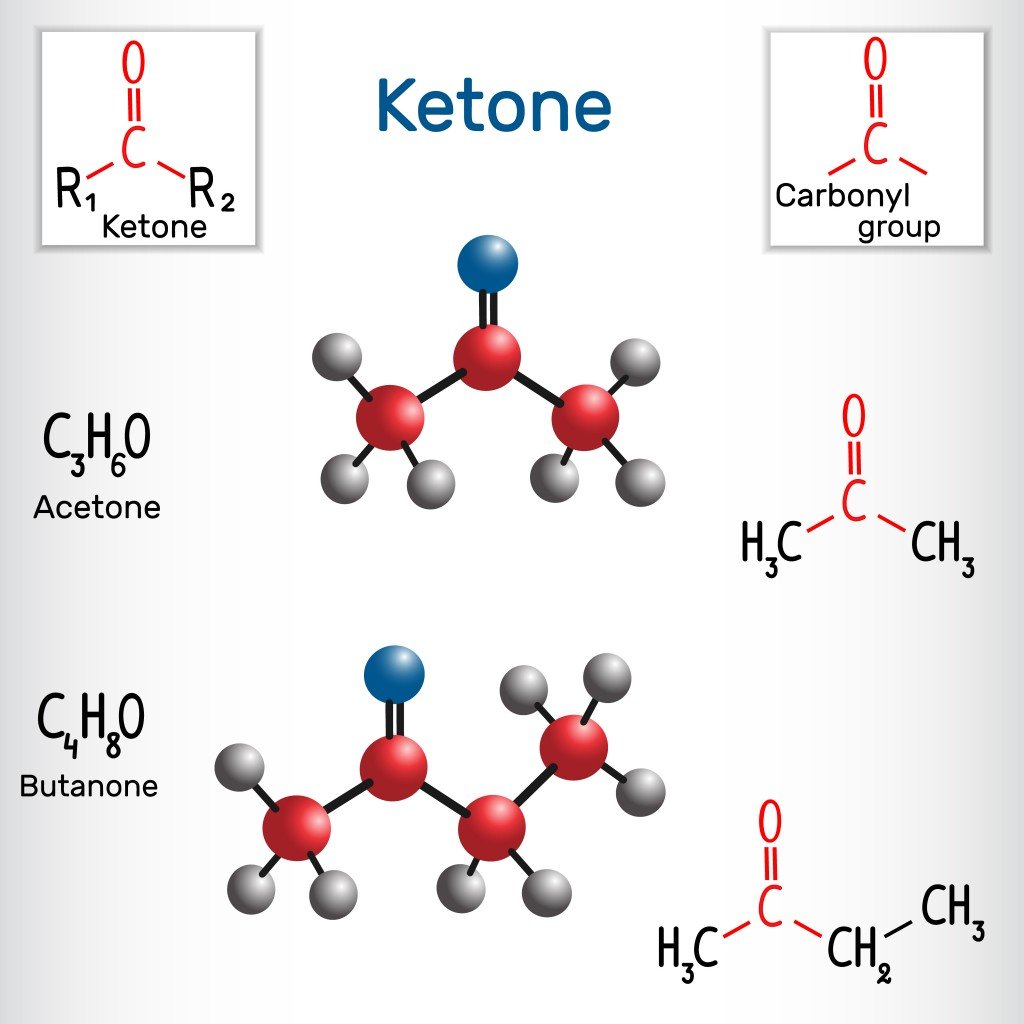 Clemmensen’s reduction is a chemical reaction used to reduce aldehydes and ketones to simple hydrocarbons. One might wonder… what does reduction mean here?

The carbonyl compound is finely chopped to increase the reaction surface area, after which it is heated on a flame. The heat of the flame and the catalyst used provide the necessary activation energy for the reaction. Activation energy is the minimum amount of energy required to be supplied to start a chemical reaction.

Why is amalgamated zinc used as a catalyst?

Amalgamated zinc is Zinc dissolved in mercury, and is used as a catalyst in this reaction. Powdered Zinc or chunks of the metal cannot be used to directly catalyze the reduction, as they are not activated enough. The adition of mercury to the Zinc evenly distributes the metal throughout the amalgam, increasing the rate of reaction and also raising the activation energy of Zinc to a level necessary for the progress of the reaction.

Also, pure Zinc would quickly react with the hydrochloric acid present, forming zinc chloride and releasing stable hydrogen gas that would quickly escape the reaction zone. However, when this reaction proceeds with zinc amalgam, the individual hydrogen molecules formed by the reaction of HCL with zinc remain in a reactive state (sometimes called “nascent hydrogen”) and react with the carbonyl compound (ketone or aldehyde) to initiate the reduction reaction.

Mechanism of the process

The reaction mechanism of Clemmensen’s reduction is still debatable on certain levels, but a majority of the scientific community accepts the following mechanism.

The reduction is thought to proceed by the protonation (addition of a hydrogen ion) of the carbonyl functional group on the surface of the Zn metal, leading to the formation of an organozinc intermediate (A). Further protonation of this intermediate results in the removal of a molecule of water, and a stepwise electron transfer from here leads to the formation of an organometallic carbanion. Carbanions are organic species with an excess electron, which makes them highly unstable (short-lived) and therefore reactive.

The carbanion immediately combines with a proton to form alkyl zinc ions, which further accept a proton to yield the final product, an alkane. In the case of cyclic organic molecules, such as benzaldehyde, the reaction follows a similar path proceeding via a carbene or carbenoid intermediate. The resulting product can be cyclic or open-chain.

Precautions to be taken during Clemmensen’s reduction

Clemmensen’s reduction is not suitable for substances sensitive to acids. If the reactant molecule incorporates an acid-sensitive group, such as the hydroxyl group (-OH), the hydrogen ions will attack them instead of attacking the carbonyl group, resulting in the failure of the reaction.

Again, this operation cannot be utilized in reducing carboxylic acids, as the proton will not attack the reactive carbon of the acid group. Instead, soda-lime can be used for the same purpose.