Nonsense mutations are point mutations that result in the presence of a stop codon in the mRNA sequence, causing the release of a short protein into the system.

During my school days, eating in class was a thrilling experience. You had to time your move perfectly so that you would take a bite of your food precisely when the teacher looked away.

One of the main reasons for being so careful was that we dreaded the punishment we’d receive if we were caught. We would have to write the statement, ‘I will not eat in class’ 100 times! However, that didn’t stop us from eating in class; the fear of the punishment made the task even more challenging.

Many times, while writing the statement over and over, I ended up making a mistake towards. Instead of writing, “I will not eat in class”, I skipped one word and the next few lines read “I will eat in class”!

Obviously, the teacher didn’t think that was very funny, and had me rewrite those errors.

One mistake or an omission from the original statement rendered the sentence meaningless, or at least gave it a very different meaning. Take our own genetic system, for example, specifically the concept of DNA. Deoxyribonucleic acid or DNA, commonly known as the blueprint of life, is present in the nucleus of every cell in a person’s body.

DNA is made of nucleotide sequences called gene codes, the main players in protein formation. They contain all the commands or guidelines required for an organism to grow, develop, survive and replicate. On a similar note, a mistake or alteration that occurs in a DNA sequence is called a mutation.

What is a mutation?

Our DNA is composed of 4 nucleotide bases, namely adenine (A), cytosine (C), thymine (T) and guanine (G). DNA is a double helix where A pairs with T and C pairs with G with the help of hydrogen bonds. The information present in the 4 nucleotide bases of DNA is passed on to future generations. 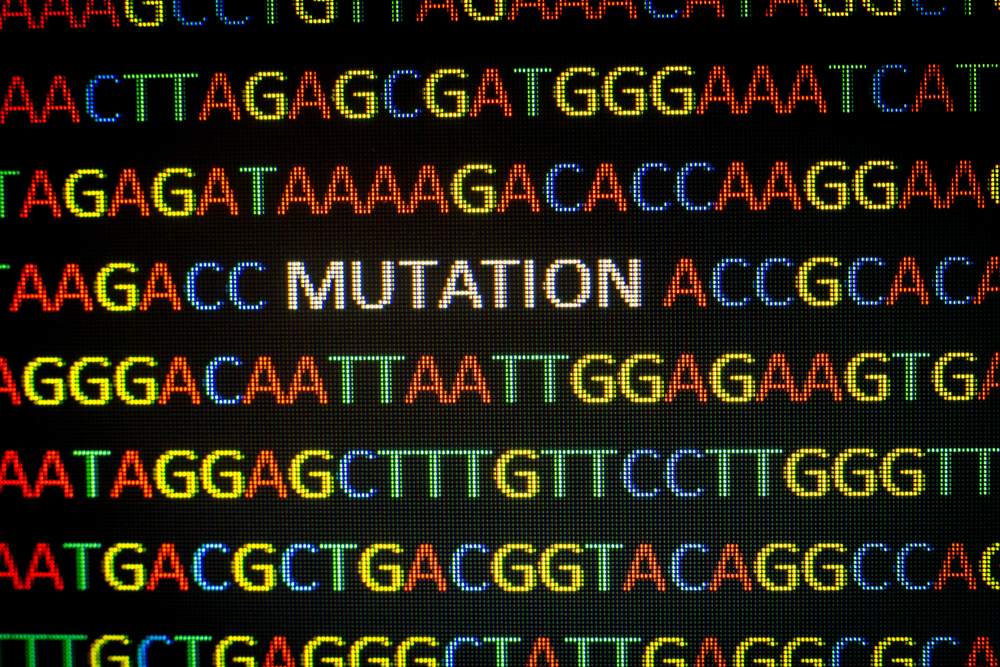 DNA contains genes, which are sequences of nucleotides arranged in a particular manner to give us an end product—a protein. Proteins are made of different amino acids linked together to form a long chain. The final effect of a mutation will be seen in the protein product.

Nonsense mutation is called a point mutation, as there is a change in a single nucleotide base. The mutation results in the presence of a stop codon in the gene sequence, which causes premature termination of the protein.

The presence of any of the 4 combinations signals the system that the amino acid in the protein chain will be proline. There are 3 unique codons that signal the termination of the protein chain synthesis, namely UGA, UAA and UAG. They are commonly called stop codons or nonsense codons. 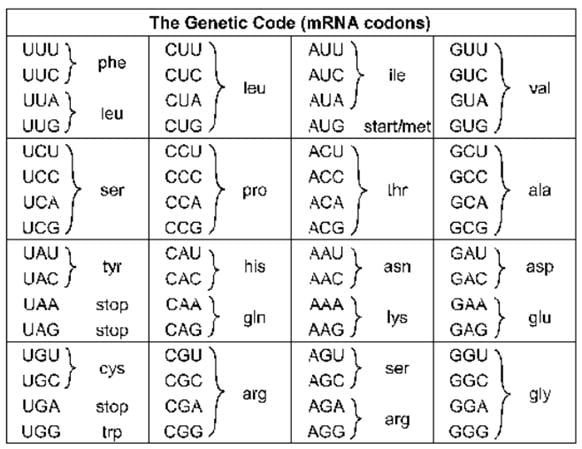 Now, the next question that may come to mind is: where did the U come from? To answer this, we need to talk about the foundational elements of molecular biology.

What is the central dogma of molecular biology?

The process from DNA to functional protein is not as simple as it may seem; for easy understanding, the concept of central dogma needs to be tackled first. Central dogma is a two-step process, including the transcription of DNA to RNA and the translation of RNA to proteins.

Firstly, DNA undergoes a process called replication in order to make a large number of copies of itself; each strand of DNA further takes part in transcription and translation. Transcription takes place in the nucleus of the cell. After transcription, the mRNA enters the cytoplasm, which is the thick outer liquid that fills the rest of the cell. mRNA interacts with tRNA so that translation can take place. After translation, the protein product is released into the cytoplasm. 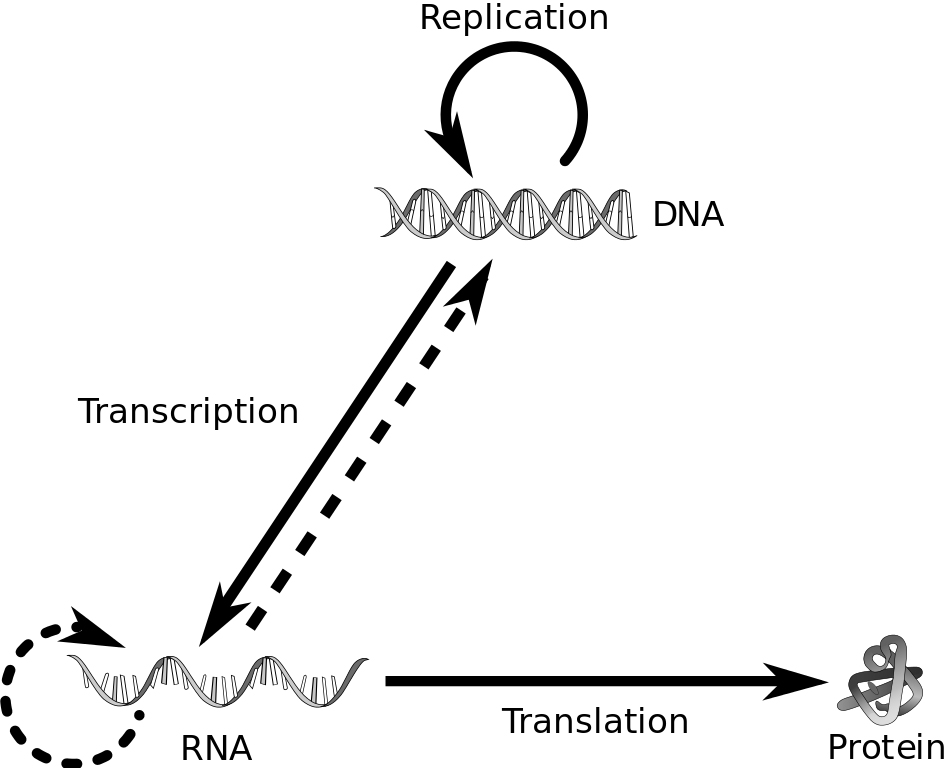 While applying to college, we’re required to produce a transcript of all our educational qualifications. Similarly, in order to reach the next level of becoming a protein molecule, DNA also applies for a “transcript”. To do so, DNA interacts with another molecule called an enzyme, RNA polymerase, to speed things up.

The enzyme is responsible for simplifying the data on the DNA molecule into a single-stranded RNA molecule. The resultant is an intermediate product called the messenger RNA (mRNA), where RNA stands for Ribonucleic acid. RNA contains 4 nucleotides, just like DNA: adenine (A), cytosine (C) and guanine (G), but instead of thymine (T), RNA contains uracil (U).

Therefore, the codons in mRNA contain a U nucleotide instead of a T nucleotide. In DNA, A pairs with T, while in RNA, U pairs with A nucleotides.

A long strand of RNA with 4 nucleotide bases wouldn’t make any sense if we aren’t able to translate it. The tRNA or the transfer RNA is the translation machine for proteins. The t-RNA recognizes the triplet codons and translates them to their corresponding amino acids. Translation continues until the tRNA interacts with a stop codon. This results in the release of the protein into the cytoplasm of the cell. 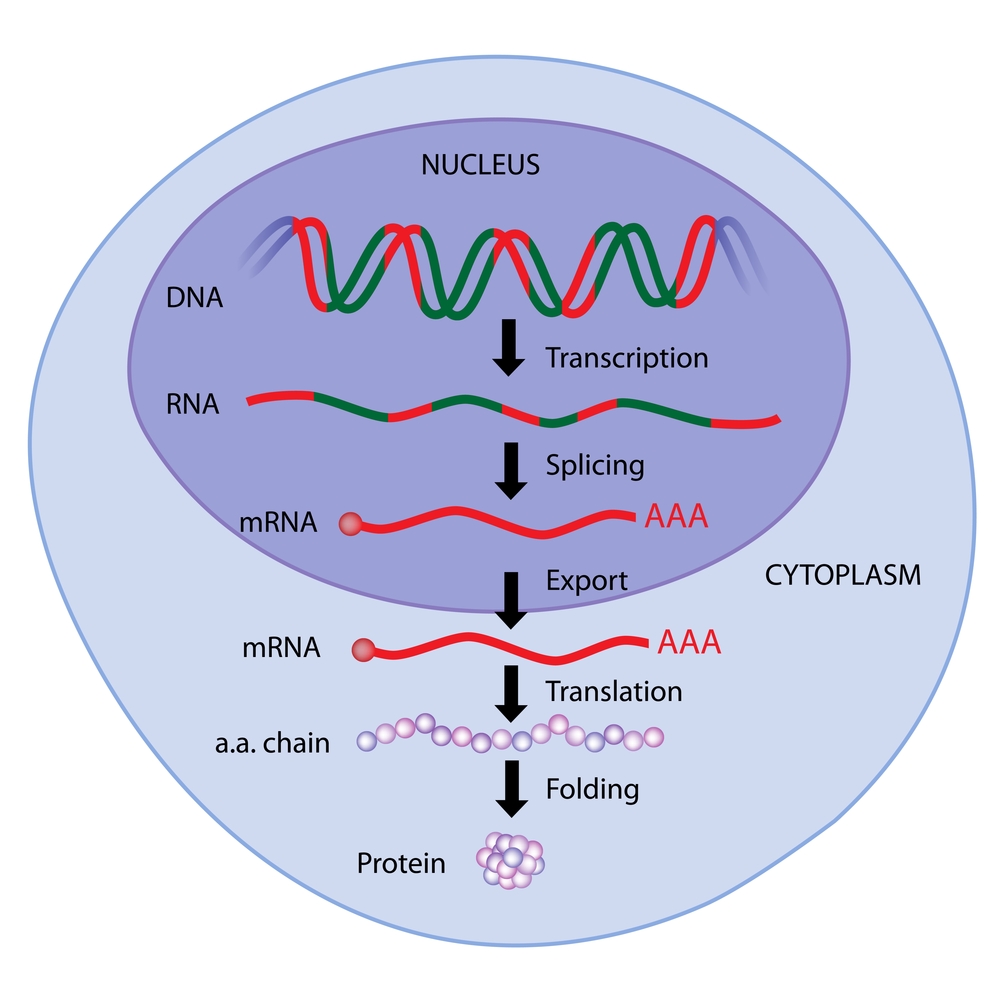 The specificity and precision with which the t-RNA recognizes the codons goes beyond the imagination. A slight change in any of the nucleotide bases during transcription can cause a completely new amino acid to enter the picture. This is exactly what happens in the case of a nonsense mutation.

What is a nonsense mutation?

Mutations can occur in the body for a variety of reasons, including the environment, ultraviolet light, or an error in the nucleotide sequence of the DNA molecule. A mutation that gives rise to a nonsense or stop codon in the mRNA transcript is called a nonsense mutation.

A nonsense mutation is a point mutation where a single nucleotide is replaced by another nucleotide. The new sequence codes for a stop signal, which causes the amino acid formation to stop prematurely. This releases a shortened protein that might function differently.

The tRNA translates any codon triplet without rectifying the previous mistake. In the case of a nonsense mutation, the nucleotide change always codes for a stop codon. The stop codons UAG, UGA or UAA signal the tRNA to halt protein synthesis and the protein will then be prematurely released from the t-RNA machinery. This shortened protein sequence may get degraded by the cell due to its untimely release and lack of appropriate function.

It is important to note that mutations occurring in the body are random and cannot be attributed to a single reason. Sometimes, mutations lead to variety in our DNA, while at other times the end product might be somewhat undesirable. Most often, the result of a nonsense mutation is a non-functional protein, but whatever the case may be, mutations help us appreciate the level of sophistication with which our DNA is made.