Home
Pure Sciences
What Are Cephalopods?

There are more than 8.5 million identified species on Earth, millions more that remain unfound, and tens of millions that have come and gone in the long history of our planet. Many are unremarkable, barely distinguishable from other related species, or they represent an unsurprising step forward in a long path of natural selection. However, there are some species and taxonomic divisions that stand out among the crowd; their evolution and abilities often seem inexplicable, and their mysterious nature continues to intrigue biologists and experts across the world. You may not know the name “cephalopod”, but you will certainly recognize this group of organisms, even if you don’t think of them as being exceptional examples of nature’s creativity!

Cephalopods are a class of mollusks that are most famously represented by octopuses, squid and nautilus. Rising into prominence about 450 million years ago, during the Ordovician Period, these creatures evolved from the rest of the Mollusca class in a number of fascinating ways. They are most notably characterized by bilateral symmetry in their body, as well as tentacles or arms, and a prominent, well-defined head. There are more than 800 species of this marine class, but they are extremely diverse, displaying impressive adaptability to their ecosystems, as well as a number of highly advanced organ systems that make them unique among invertebrates.

Cephalopods have been the subject of fascination in global cultures for thousands of years, and have made their way into folklore and literature around the world. This is primarily linked to octopuses and giant squid, which are some of the most mysterious and elusive creatures of the deep. However, in academic circles, cephalopods are also the subject of extensive study because, as one researcher put it, “they are an island of intelligence in the sea of invertebrates”. Aside from their intelligence, their other organ systems and evolutionary adaptations are some of the most incredible in the natural world.

Perhaps the most iconic aspect of certain cephalopods is their eye, which is arguably just as complex as the vertebrate eye—like humans—with a few notable differences. The cephalopod has often been held up as an example of convergent evolution, since similar complexity in an adaptation developed in separate species and demonstrates similar functions. Unlike vertebrates, however, the cephalopod eye—particularly in octopuses—moves its lens in order to focus, rather than changing shape, which is the case for vertebrates.  Furthermore, in cephalopods, the nerve fibers of the eye are routed behind the retina, rather than in front of it. Thus, no light is blocked and cephalopods lack a blind spot, which arguably gives them better vision than humans. That being said, it is believed that most cephalopods cannot see in color, but the manner in which they absorb light in their eyes may allow them to differentiate blurriness in the same way that humans navigate color. A handful of researchers have studied the manner of light absorption in the cones of cephalopods and found that they don’t narrow and focus light into a point—like humans—but instead blow light out into its component wavelengths. When these individual wavelengths fall on the retinal fibers, the cephalopods are able to distinguish some semblance of color, especially pure and clear colors, such as yellows and blues.

Another group of experts have argued that some cephalopods (e.g., squid and octopus) possess unique retina-like cells on their tentacles, allowing them to “see” with their arms! This is one reason hypothesized as to why octopuses are able to blend into their surroundings so effectively; this natural camouflage may be controlled through their decentralized nervous system, which is distributed throughout their eight limbs, meaning that they have countless “ocular organs”—or at least some of the most interesting eyes in the sea!

What Do Cephalopods Eat?

One of the most important factors that can influence natural selection is food availability. Many cephalopods live in remote parts of the ocean, and have relatively isolated lives, unlike so many other marine animals that move in pods or schools. As a result of this, finding food can often be a challenge for these organisms. Fortunately, they are extremely proficient carnivorous hunters, and primarily feed on fish, mollusks, crustaceans and gastropods. They have a number of adaptations that have made them some of the best hunters in the depths.

All cephalopods possess a sharp beak, make of the same keratinous material as a bird’s beak, which is ideal for crunching through hard outer shells of crabs and clams, as well as tearing flesh from fish and other prey. Squids and octopuses have eight arms, which are often mistakenly called tentacles, while cuttlefish do have two tentacles, in addition to eight arms, and nautilus can have up to 90 tentacles. Varying species have suckers, hooks or glue-like substances on their arms/tentacles that can powerfully latch onto prey, and slowly move the meal towards the beaked mouth. In some parts of the world, cephalopods are also informally known as inkfish, because they are able to squirt a jet of black ink into the water in order to disorient prey, making them easier to attack. However, this ink is also an effective defense mechanism, and can confuse predators while cephalopods make a hasty escape.

To begin with, cephalopods have demonstrated the ability to use tools, including manmade materials they find in their ecosystems, such as empty cans or other detritus. Smaller octopuses often use natural tools as well, like coconut shells or evacuated clam shells to hide from predators. Closely linked to using tools is their ability to “play”, something rarely seen in nature. If you introduce a foreign object to an octopus tank, they demonstrate curiosity, moving it around, examining it, and eventually playing with it, shooting it with ink or trying to throw it out of the water. As is the case with humans, this level of intelligence is directly linked to the nervous system and brain of cephalopods. They possess the largest brain-to-body size ratio of invertebrates, and in squids and octopuses, their nervous system is also decentralized. Basically, there are large ganglia (clusters of neurons) at the base of each arm/tentacle, as well as their main brain. Having the ganglia linked to each arm enable the arms themselves to think and move independently, providing the creatures with extreme agility and mobility, as well as control while hunting or defending themselves. Some researchers have also suggested that the tentacles can “see”, which allows certain cephalopods to camouflage themselves remarkably quickly and effectively, matching colors very precisely, despite the vision in their main eye being largely limited to black and white.

A final interesting aspect of their intelligence is their possession of distinct personalities. Some cephalopods demonstrate personality traits such as shyness, mischief, and boredom. Cephalopods need to be stimulated, and will seek out activity to avoid being sedentary or bored. They also show higher-level defensive mechanisms, such as deceptive tricks (i.e., ink jets). Much of this intelligence is chalked up to food scarcity, and the need for intelligence to outsmart and secure the limited food resources that are available in many of their natural habitats.

How Do Cephalopods Move?

When you first look at a cephalopod, i.e., a squid, cuttlefish, octopus or nautilus, it is not always immediately apparent how they can move, since they lack traditional tails and fins. For octopuses and squids, they are able to form their body into a wing-like shape to catch currents in the water and move slowly, or they can crawl along the sea floor or coral reefs with the help of their arms and tentacles. Nautilus also have a small flap of skin (the mantle) that can be waved or moved to create some propulsion.

However, the primary means of movement is “jet propulsion”, and while we usually associate that with manmade aircraft, the jet propulsion of cephalopods is more similar to a water gun. The creatures will pull in water from their surroundings into their mantle, which is essentially a bag of tissue in which their organs are stored. All the other orifices of the body will then be sealed, except for a single funnel (the water gun, in this metaphor). When the animal contracts the mantle’s tissues at a rapid speed, the water is forced out of the funnel, allowing the cephalopod to move at a surprisingly fast rate in the opposite direction of where the funnel is pointed.  This is very useful for avoiding predators and hunting prey, and some cephalopods, such as squids, can reach speeds greater than 20 miles per hour! Cephalopods have been a source of mystery and wonder for generations, and researchers continue to discover new and even more fascinating aspects of these bizarre creatures. Suffice to say—when you are able to see them outside of their camouflage—these creatures are definitely more than meets the eye!

The short URL of the present article is: http://sciabc.us/PAJPZ
Help us make this article better
Prev Article Next Article
About the Author: 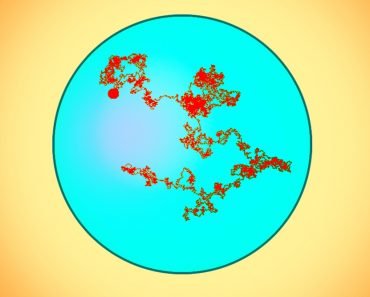 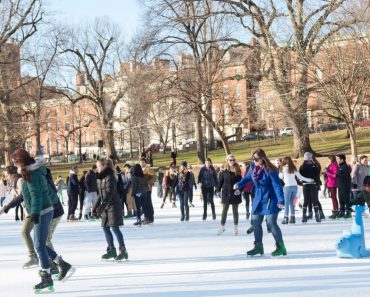