Given the recent shift in global attention towards our planet’s warming climate, a lot of words and phrases you may not have heard about since high school are getting thrown around and debated in the highest halls of power.

If you’ve watched the news in the past decade, or even in the past week, you’ve likely heard things like “greenhouse gases”, “ocean acidification”, “global warming“, “climate crisis“, “Extinction Rebellion”, and of course, the name “Greta Thunberg”, the fearless and determined young activist from Sweden who is driving a youth-led environmental campaign that is aiming, quite literally, to save the world.

Each of those terms above deserve an article unto themselves, but they are all intimately related. Greenhouse gases, however, are where the story of global warming and the current climate crisis begin. That being said, greenhouse gases have not always been the villain in our planet’s story, and in fact, without greenhouse gases on Earth, human life might not exist today!

What is a Greenhouse Gas?

Simply put, a greenhouse gas is an atmospheric gas that is able to trap radiation from the sun after it is reflected back off the Earth’s surface. That is where the term “greenhouse” gas came from, because this global process operates on the same principles as a greenhouse where plants are cultivated. Sunlight streams in through the glass walls of the greenhouse, and much of that radiation is absorbed by the plants, but the low-level radiation is unable to escape back out from the greenhouse, which results in heating the air, keeping the temperature balmy, even in colder climes.

When you extrapolate that greenhouse into the atmosphere of the planet, a lot of the radiation from the sun is absorbed by the waters of the ocean and the plants on land, but some of that radiation reflects back upwards, where it is absorbed by greenhouse gases, incrementally raising the global temperature.

On the way to Earth’s surface, the radiation is able to pass through these greenhouse gas molecules because of its wavelength intensity. On the way back out, when it is re-radiated from the ground, it is in a lower wavelength, one that can be absorbed by the molecules of greenhouse gases. In the distant past, approximately 11,000 years ago, an accumulation of greenhouse gas in the atmosphere led to the end of the last ice age, enabling civilization as we know it to develop. However, as in so many areas of life, moderation is key. 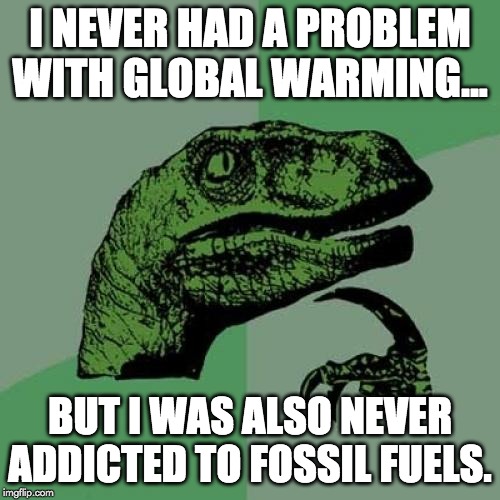 Now, as you likely know, the vast majority of our atmosphere is composed of nitrogen and oxygen, neither of which are able to absorb infrared radiation. However, the increase of greenhouse gases, even as trace percentages in the atmosphere, means that more infrared radiation is being trapped in the atmosphere, leading to a rapidly increasing global temperature, more extreme weather events, rising sea levels due to melting ice caps, and the acidification of the ocean.

There are a number of different greenhouse gases, some natural (present on Earth before human activity) and some artificial (generated as a result of human activity). The most notorious greenhouse gases include carbon dioxide (CO2), methane (CH4), nitrous oxide (N2O), water vapor (H2O), ozone (O3), and fluorinated compounds, such as chlorofluorocarbons, hydrofluorocarbons, perfluorocarbons and sulfur hexafluoride, among others.

Where Do Greenhouse Gases Come From?

The catch-all term greenhouse gases can be misleading, because these gases are produced in a variety of ways, and some have been present on the planet billions of years before human beings ever appeared. Let’s take a closer look at what the individual greenhouse gases are, and how they are produced—either naturally or artificially. 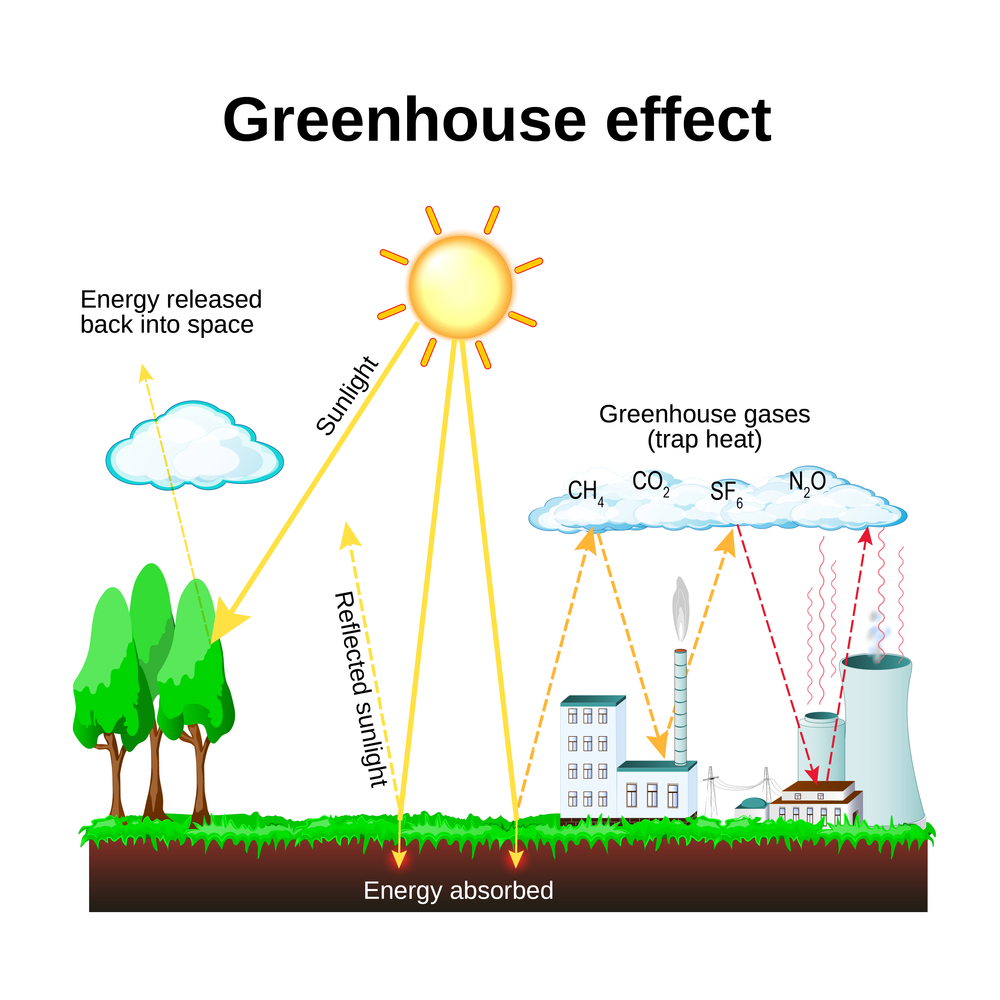 Water Vapor – Rarely referred to as a greenhouse gas, due to its permanently cyclical role within the atmosphere and water cycle of the planet, water vapor (H2O) does have the ability to absorb infrared radiation in the atmosphere.

Carbon Dioxide – Carbon dioxide is primarily produced through the burning of fossil fuels, such as oil and gas, which releases their carbon into the atmosphere, as well as other industrial processes. Additionally, carbon that has been sequestered in trees and plants is released when those plants and trees are burned. This is a slippery slope, however, as the more trees that are burned, the fewer trees there are to sequester additional carbon, despite an increasingly large amount of available carbon dioxide in the air. The ocean can also sequester some amount of carbon, but when the atmospheric concentration of CO2 is excessive, it can lead to oceanic acidification and catastrophic effects on marine ecosystems.

Methane – Mainly produced in agricultural processes, such as livestock rearing, since animals produce a great deal of methane in their digestive processes and subsequent “gaseous releases” and manure.

Nitrous Oxide – The use of fertilizers for large-scale agriculture operations produce a good amount of nitrous oxide, as microbial life will undergo nitrification processes; a byproduct of this is the release of nitrous oxide into the atmosphere. 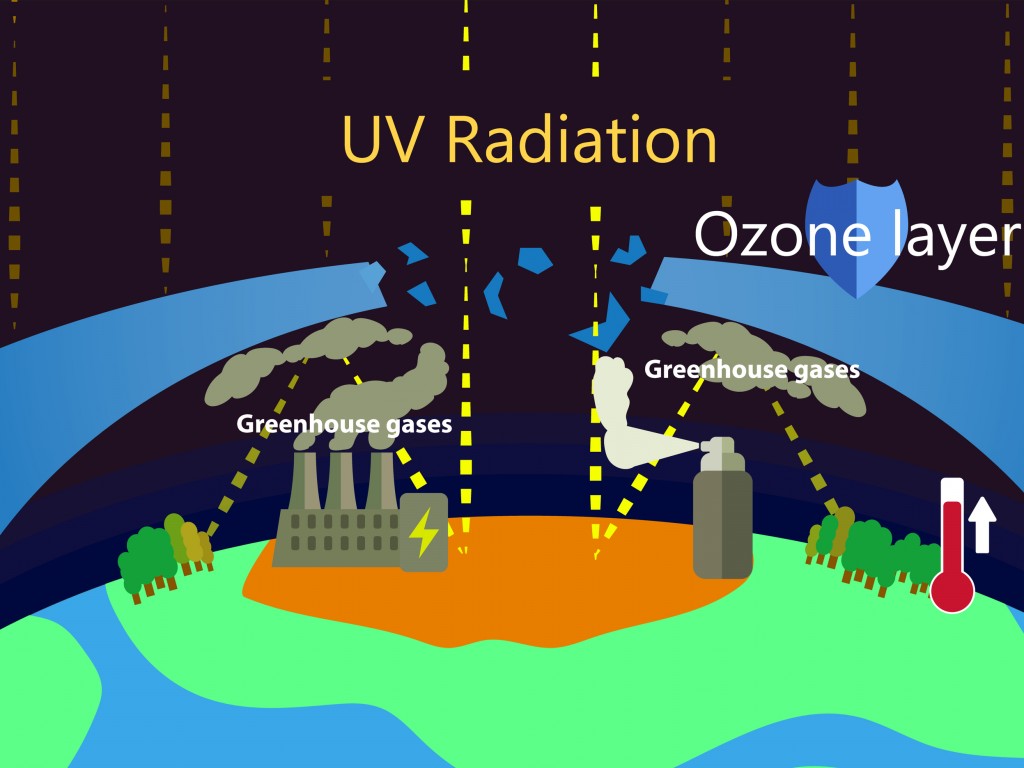 There are two kinds of ozone: the good kind is formed naturally high in the atmosphere due to the splitting of oxygen atoms by infrared radiation; the bad kind is generated by internal combustion engines and power plants, which produce volatile organic compounds and nitrogenous gases. These byproducts can combine under the proper temperature and radiation conditions to form low-atmosphere ozone, which is a potent greenhouse gas.

Fluorinated Compounds – There is a wide variety of uses and applications for fluorinated gases, so much that they rightfully deserve their own article. These gases include the most potent and the longest-lasting greenhouse gases, and none of them are naturally occurring on the planet. Some of these compounds are produced as byproducts of industrial processes, such as aluminum production, while some fluorinated gases are intentionally produced for their use in products and processes, some percentage of which is released during the process.

What Are the Characteristics of a Greenhouse Gas?

Now that you understand the basics of a greenhouse gas—namely its ability to trap infrared radiation in our atmosphere, there are some other critical characteristics of these gases that determines their impact on climate change. These factors include their abundance in the atmosphere, their longevity, and their Global Warming Potential (GWP).

As mentioned, the most abundant elements in our atmosphere are nitrogen and oxygen, followed by argon (less than 1%) and carbon dioxide (less than 1/20 of 1%). Despite that minuscule percentage of carbon dioxide, even a small change in our delicately balanced atmosphere can be catastrophic. Since the beginning of the Industrial Revolution, when more and more fossil fuels were being burned, and their carbon was being released into the air, the concentration of carbon dioxide in the atmosphere has increased by nearly 40%. A significant amount of that increase has happened in the past five decades. The abundance and concentration of these greenhouse gases increases as more and more are emitted into the atmosphere, leading to more and more radiation being absorbed, thus heating the planet.

This final characteristic is used to gauge the impact potential of a greenhouse gas, namely by calculating the amount of energy 1 ton of emissions of a given greenhouse gas will capture over the course of 100 years, in comparison to 1 ton of carbon dioxide emission, which is used as the base standard for this measurement. 1 ton of carbon dioxide emission has a GWP of 1, whereas 1 ton of methane has a GWP closer to 30. Nitrous oxide has a GWP of roughly 275.

Now, based on these three characteristics, we can identify which greenhouse gases have the largest impact both in the short and long term, and which problems need to be addressed more immediately.

Reducing our carbon emissions is critical, since CO2 makes up the majority of the greenhouse gases we are pushing into our atmosphere every single year (with the exception of water vapor). If greenhouse gas concentrations continue to rise, the temperature of the planet will follow, until we eventually reach a point of no return, when the planet’s natural cycles will self-perpetuate the rising temperatures, putting a solution out of humanity’s reach.

As young Greta Thunberg said in her recent speech at the 2019 United Nations Climate Summit in New York City, “The popular idea of cutting our emissions in half in 10 years only gives us a 50% chance of staying below 1.5 degrees [estimated tipping point for climate change], and the risk of setting off irreversible chain reactions beyond human control. Fifty percent may be acceptable to you. But those numbers do not include tipping points, most feedback loops, additional warming hidden by toxic air pollution or the aspects of equity and climate justice. They also rely on my generation sucking hundreds of billions of tons of your CO2 out of the air with technologies that barely exist.” 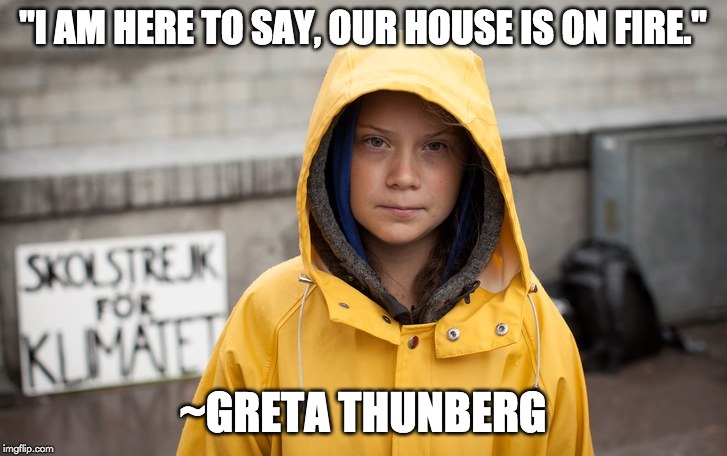 Greenhouse gases may feel like a distant memory from your high school science class, but they pose an incredibly dangerous threat to life on this planet, so understanding what they are, where they come from, and why they need to be reduced is critically important for every person on this planet.