Permafrost is a layer of ice and soil that remained intact for years, and it might contain pre-historic viruses that can cause immense trouble when exposed.

The planet’s polar ice is melting, and a small part of the world is already dealing with the consequences. The structural damage to roads and bridges in Northern Canada or the collapsing pipelines in Alaska are the first instances of a much larger apocalypse to come.

If you think that melting icebergs are solely responsible for this, you may be slightly confused. Behind the mask of melting snow lies the problem of thawing permafrost, which actually has the upper hand in causing these troubles, and if the academics are to be believed, this might lead to the end of humanity. Let’s take a closer look…

Permafrost is any part of the land’s surface that has been frozen continuously for a minimum of two years. It is found in cold regimes of high latitudes and high altitudes, where the snow does not even melt in the summers. Permafrost consists of rocks, sediments, organic matter and a varying amount of ice, depending upon its geographical location. The ice acts as a binder, like cement, and holds the permafrost together, providing it structural stability. Most of the permafrost found today froze during or since the last ice age. Above the permafrost lies the active layer, which is exposed to the atmosphere. This section mostly consists of soil and ice and can stretch about 2 meters into the ground. Permafrost, on the other hand, can go as deep as 2000 meters. Permafrost occurs in about 25% of the exposed land surface in the northern hemisphere, including the countries of Alaska, Siberia, Greenland, Canada and Russia. In the southern hemisphere, it can be found in Antarctica and New Zealand’s Southern Alps.

How to detect permafrost?

Ice Wedge Polygons are some of the most beautiful and common ground patterns found in the Arctic. However, more importantly, they’re always found over regions of permafrost. They represent the surface expression of permafrost, and their network can range from a few meters to tens of kilometers. Although a regular ice wedge polygon’s diameter ranges from 5-40 meters, ice wedge polygons with diameters greater than 100 meters have been observed in Eastern Siberia. The repeated freezing and thawing of the active layer of permafrost causes the surface to crack, so fissures will develop between them. In summer, when the snow melts, water fills these cracks, which freezes in the permafrost zone, forming countless vertical ice veins. During the next winter, the ground starts to contract again along the previous veins, enlarging the fissures created on the surface. This process repeats for centuries, leading to the formation of ice-wedge polygons.

What is Permafrost Carbon Feedback?

Permafrost in itself contains an enormous amount of organic matter, including dead plants and animals that have been buried underground since the last ice age. The frost acts as a perfect gigantic freezer to preserve the organic matter. However, the latest research (NASA) has discovered that the gradual thawing of the Arctic permafrost due to increased temperatures is releasing large quantities of greenhouse gases into the atmosphere.

These gases include methane and carbon dioxide and are formed from the decomposition of the organic matter that has been trapped inside the ice for millennia. These gases, in turn, trap heat reflected from the earth, increasing the global temperatures, which lead to more permafrost melting. Thus, a feedback cycle called the Permafrost Carbon Feedback Cycle has formed, which is significantly contributing to global warming.

What risk does thawing permafrost hold for humanity?

Ice ages freeze many secrets, possibly for the good of mankind. People, animals and their various diseases have been frozen beneath the permafrost for hundreds or thousands of years. While the resurrection of the dead is not possible (hopefully!), the same cannot be said for viruses and bacteria. People believe that some bacteria and viruses can lie dormant in permafrost cold for thousands of years before waking up when the ground warms.

In 2015, scientists found chunks of 30,000-year-old permafrost in Siberia housing infectious viruses such as Anthrax. Diseases like smallpox and the Spanish Flu, which are known to exist in mass graves in the Tundra region, are testaments to the fact that whatever is buried along with the ice is not good for the human civilization. Viruses might be hidden under the ice (Photo Credit : ranjith ravindran/Shutterstock)

In such a situation, extracting millions of tons of permafrost for mining precious metals and petroleum is only accelerating the process of dormant species revival. A large part of the scientific community still believes that some kind of virus was responsible for the extinction of dinosaurs and is still lying somewhere below, sleeping in the ice. If these diseases can take down something of that size, we humans are surely no match.

What about damage to infrastructure?

Warmer and more prolonged arctic summers have caused the active layer of permafrost to penetrate deeper and deeper into the surface. This layer is not able to completely re-freeze during winters, effectively reducing the amount of permafrost and thus the icy cement that holds the ground together. As a result, the land starts to crumble, taking the infrastructure built over it along for the destructive ride. This damage has been most profound in Canada and Alaska, where about 20 million people are living in permafrost zones. Broken infrastructure, such as roads, bridges and pipelines, cost the government tens of millions of dollars in repairs and maintenance every year. With rising global temperatures, the odds are good that the United States’ Arctic-based energy infatuation will fail, thus destroying the neighboring ecosystem with oil and gas leaks.

In the 1990s, a group of scientific explorers and geologists launched the Global Terrestrial Network for Permafrost (GTN-P) to monitor the trends and variability of changes in permafrost thickness and temperature, and to spread awareness of the threats arising from its disappearance.

However, the changes brought about by thawing permafrost are slow and gradual, so relevant organizations have failed to alert the common man concerning the extent of the problems and the urgent need for action. If the situation is not handled correctly from here onwards, it is not beyond the realm of possibility to say that it will lead to the end of humanity! 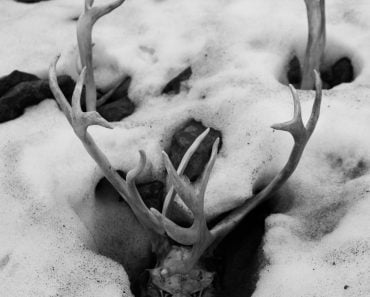