Acid rain is rain that is naturally or inevitably acidic. However, an excess of sulfur and nitrogen gases intensifies the acidity. The pH of normal rain is measured to be around 5 or 6, but for acid rain, it can be as low as 3 or 4.

The Taj Mahal is one of mankind’s most beautiful creations. However, the serene and dreamy beauty of this Wonder of the World has been tarnished by the subtle growth of a yellow sheath, reminiscent of a smoker’s teeth. 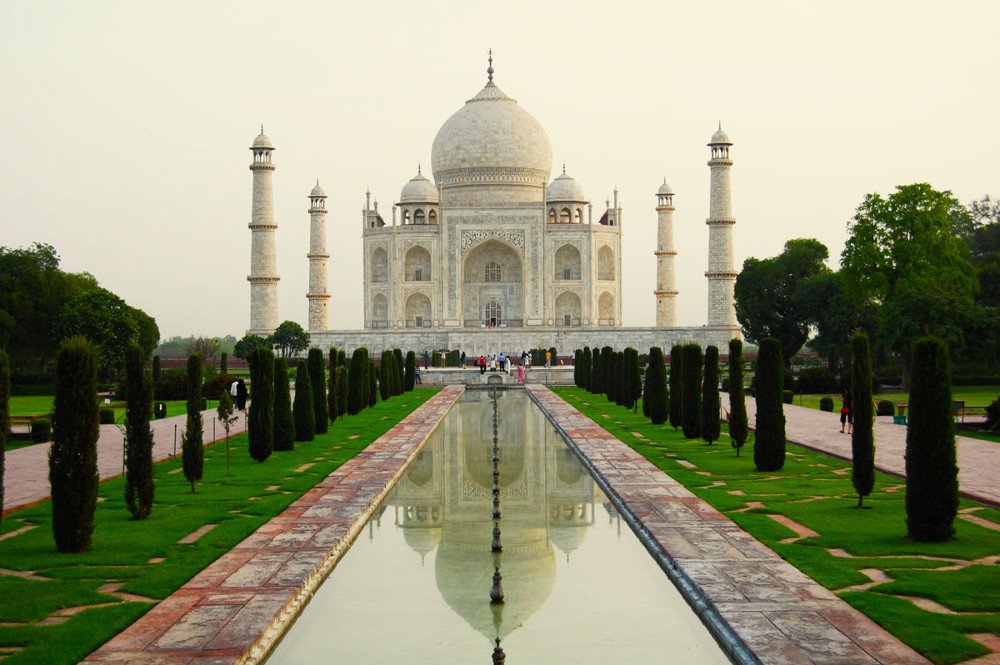 This growth is the result of being subjected to something as innocuous as rain, except that this type of rain is anything but innocuous. It is toxic, poisonous and acidic, to be more precise. The rain is so acidic that prolonged exposure to it has gradually dissolved the monument’s pearly surface! The effect is a feverishly yellow appearance, but how in the world does rain become acidic?

The Taj Mahal is situated beside a number of chemical industries and sewage disposal factories, which exhale harmful gases through their soaring chimneys. Let’s not forget the huge density of vehicles and the local population’s blatant indifference to sanitation that add further to the woes.

The most harmful pollutants among the myriad that are so volubly released are nitrogen oxides (NO and NO2) and sulfur dioxide (SO2). These oxides float towards the clouds and react with the water droplets to form sulfuric and nitrogen acids. What then pours down is no longer water but a weak acid!

Acidity is measured by something called a pH scale, which describes the acidity of a substance by assigning it a number between 0 and 14, where 0 represents extreme acidity and 14 represents superlative basicity (the opposite of acidity). The number 7 on the scale represents neutrality, a number assignment for substances that are neither acidic nor basic, like water, something that you’d expect rain to exhibit. However, this isn’t the case.

So, even the most acidic rain is not acidic enough to dissolve our skin, but that doesn’t mean we should feel relieved and cease to worry about it. Acid rain has pernicious effects on structures made of steel, which forced us to shift to stainless steel, and particularly structures made of limestone or sandstone. 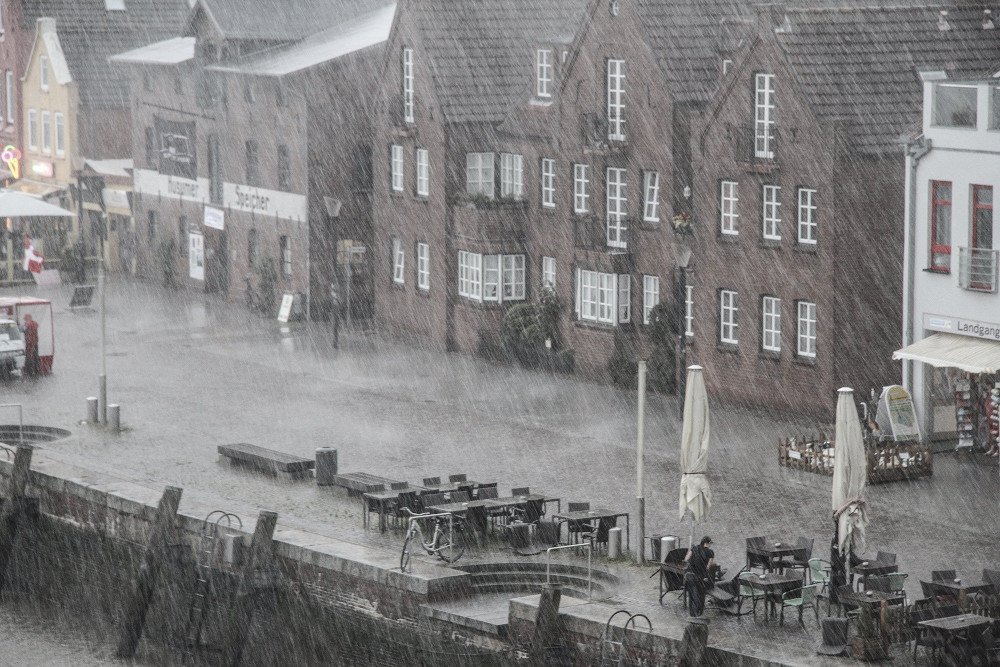 The forces of nature will eventually erode a material’s strength anyway, but acid rain will accelerate this deterioration. Progressively, acid rain will render metallic vehicles, buildings, monuments, statues and the panoply of man-made structures weary and withered… but it doesn’t end there.

Acid rain is suspected of arresting the development of plants or, in extreme cases, killing them. The acidic water absorbed by the soil is known to dissolve key nutrients, thus depriving the plants of the necessary elements for adequate growth. What’s more, as this acid raid trickles down the leaves, it dissolves the thin layer that protects the leaves, hindering the process of photosynthesis, ostensibly making it hard for them to “breathe”. 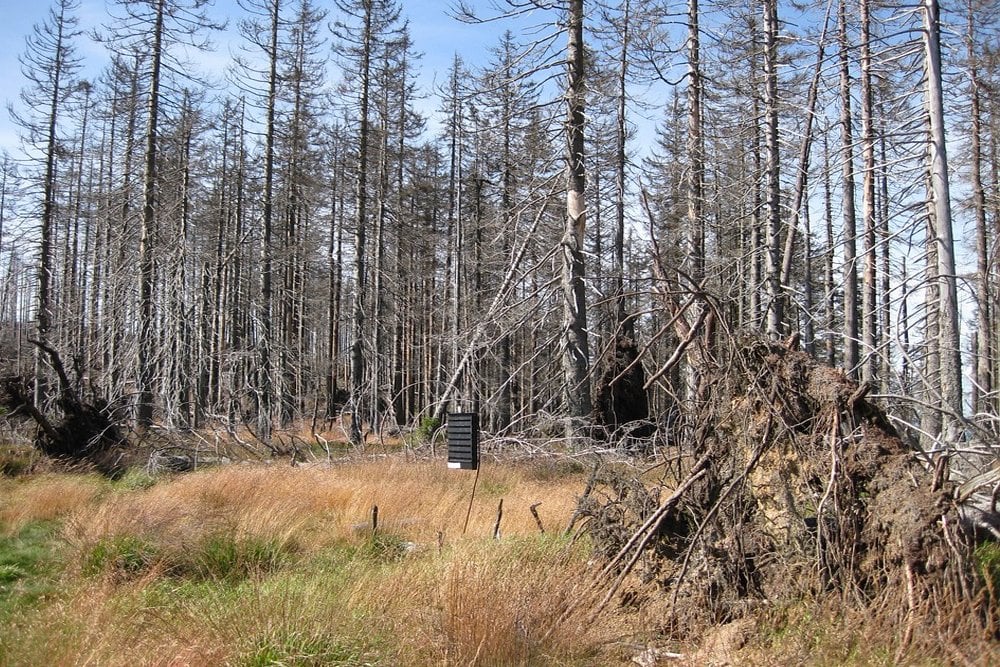 The consequences of acid rain.

Acid rain also contaminates rivers, lakes and probably every water body into which it falls, causing fish to die. Those that don’t die tend to bear either deformed offspring or have poorly hatched eggs. Acid rain also facilitates the release of aluminum from soils, a toxin that can negatively affect both terrestrial and aquatic ecosystems.

How can we prevent acid rain

The solution is obvious: less pollution. Pollution should not only be curtailed in infamous regions, such as New Delhi, but everywhere! The itinerant nature of clouds often causes a cloud that is polluted in one region to float over and rain on another. 16% of Norway’s acid rain was found to pour down from clouds that were initially polluted in the U.K. 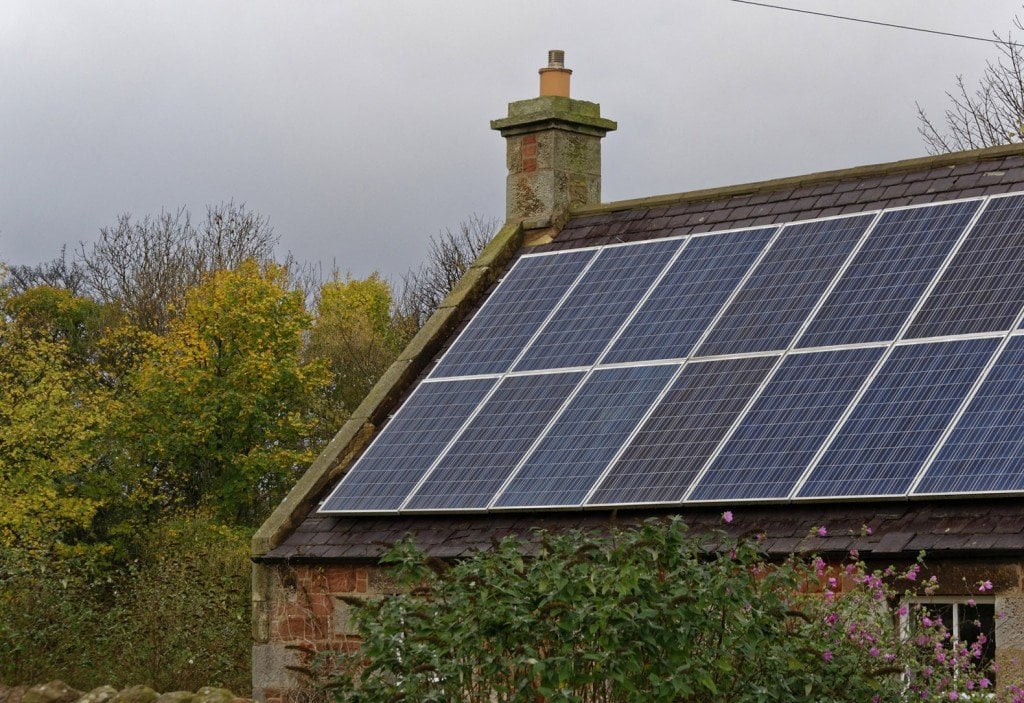 Solar panels are harmless to the environment, but they’re quite expensive. Perhaps this is the fine we must pay for our misconduct. (Image Source: Wikipedia)

Pollution can either be curtailed by using innovative exhaust technologies that treat and convert the harmful gases into harmless gases before releasing them, or by snubbing our conventional sources of energy and finding entirely new, harmless ones. From what I’ve heard, making changes is better late than never.