Gravitational lensing is a phenomenon by which a body containing a large mass (stars, for example) bends the space around it, thereby bending the path of light as it travels.

Some physical objects are simple, but have profound applications. Take lenses, for example. The glasses your grandma wears to recognize a stranger is a lens. The microscope used by science geeks like us is a lens. The magnifying glass you use to read tiny text is a lens. 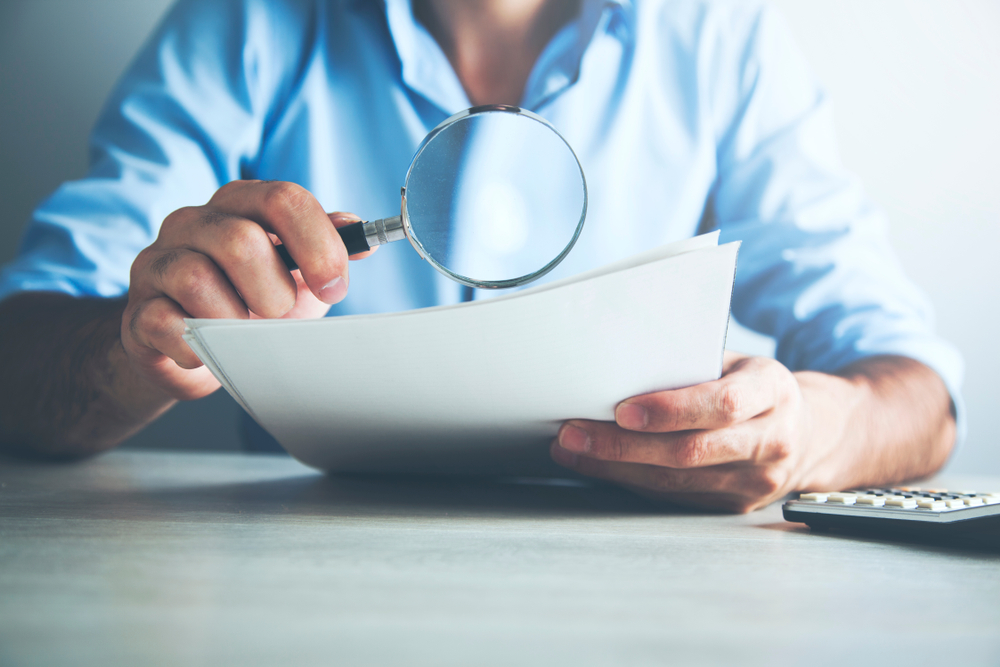 If you casually observe a lens, you might say that a lens distorts the view of things behind it (sometimes for the better). However, there are more complex applications of a lens, as well as a profound cosmological significance. There is a type of lens that is helping us explore new galaxies and see what is otherwise unseeable. That lens is a gravitational lens, powered by gravity!

Although our understanding of gravity is limited, we can certainly say that it’s a pretty amazing force. It is good not just for pulling the poor Coyote from Looney Tunes abruptly off a cliff, but also for keeping our own feet on the ground. Gravity is also the force that binds together the planets of our solar system. Interestingly, the incredible force of gravity also has an eccentric bag of tricks up in its sleeves, and one of those tricks is its ability to act as a LENS!

What Is Gravitational Lensing?

Gravitational lensing is a phenomenon by which a body containing a large mass (such as stars) bends the space around it and thereby bends the path of light as it travels. It might sound like a surreal idea, but it has fascinated scholars for years, and is extremely helpful when we look out into the vast cosmos.

In 1915, Einstein put forth his new theory of gravity called general relativity. Einstein suggested that matter distorts the fabric of space and time around it. That implies that gravity bends light waves, i.e., making their paths curve around massive objects like stars or black holes.

With this theory, Einstein gave us a whole new perspective of looking into space. General relativity treats space as a malleable entity, wherein the “shape of space” can itself be distorted. Going by this theory, celestial objects don’t really orbit around other celestial objects—because they would eventually merge as a result of attraction. Instead, these celestial entities travel in a straight path through curved space. What this implies is that the orbit of Earth around the Sun is a straight line, when observed from the Earth. This is a mind-bending phenomenon to imagine, but let’s try to picture it more clearly with an example. 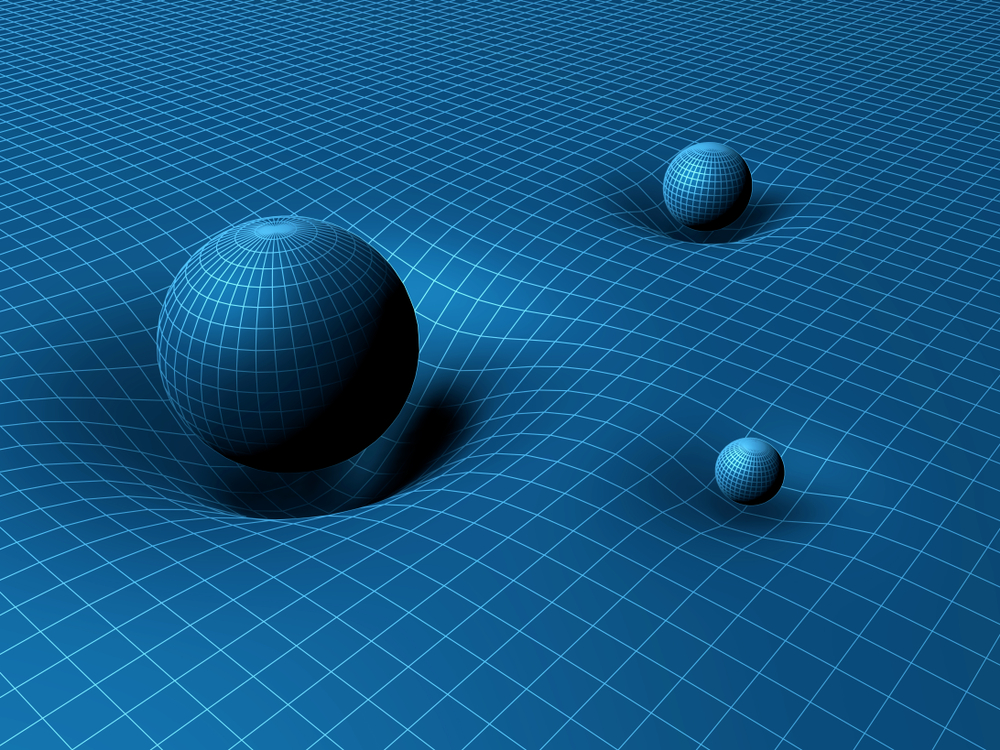 Basically, that’s the whole idea of relativity. Now, let’s come back to light and how gravity is able to bend it.

Bending Of Light And Its Aftermath

Light normally travels in a straight line, but if you see light traveling in a curved path in outer space, using principles of general relativity, you are witnessing the bending of space and thereby light.

To grasp how gravity acts as a lens by bending the path of light, you need to understand a few things.

The sources of light in our universe are primarily stars. These stars emit light in all directions, but we can only see light as a point, because the light must enter your eyes through a narrow opening (which can be considered a ‘point’) for you to see it. Also, only a small amount of emitted light goes through the eyes. Thus, the light you SEE follows a very narrow path.

According to Einstein’s theory of relativity, a massive body will distort the space around it, thereby bending the light that passes through this distorted space.

Also Read: If Light Has No Mass, Why Is It Affected By Black Holes?

Let’s try to understand how this works with an example. Imagine that you’re facing two stars that are in your line of sight, with one behind the other:

An illustration of two stars in your line of sight

The corner star (the star farthest from you, shown in yellow in the image below) emits light that is much brighter than the light emitted by the middle star (shown in blue in the image below). This middle star would bend the light coming from the more distant star, such that you would get to see the distant star—although the view would be distorted—as something like seeing blurry two stars. 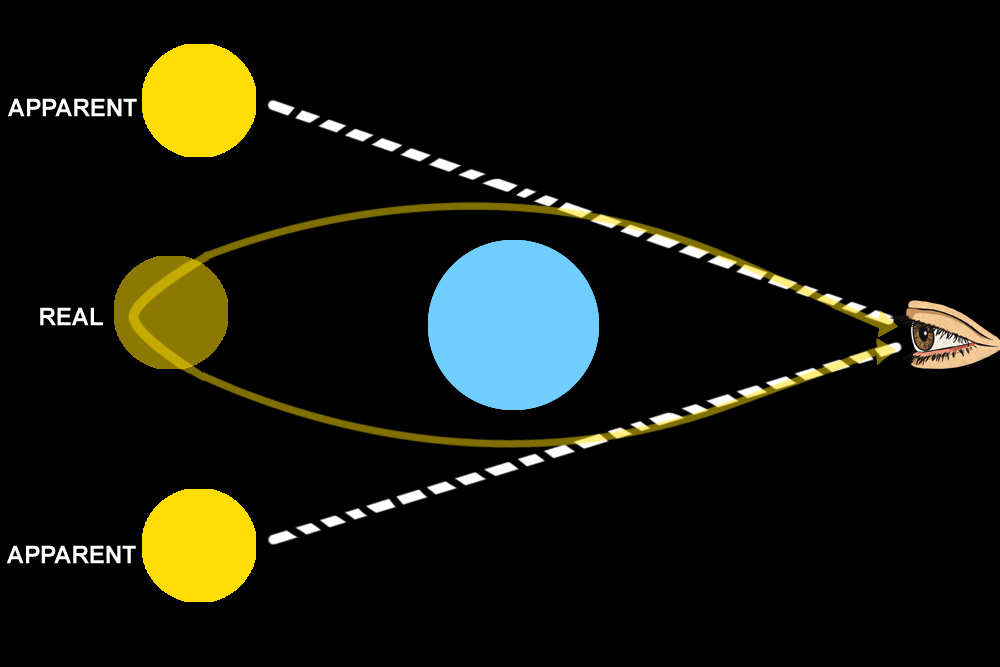 Due to the bending of light (by the blue star), a viewer would get distorted view of the yellow star.

Solar Eclipse And The Manifestation Of Gravitational Lensing

During the solar eclipse of 1919, physicists Arthur Eddington and Frank Watson Dyson confirmed to have observed gravitational lensing (and this was likely the first confirmation of gravitational lensing). Stars behind the Sun were observed to be shifted from their fixed positions. In reality, they weren’t really shifted, but the light coming from the stars was bent by the gravitational influence of the Sun!

In gravitational microlensing, stars or even galaxies in the foreground act as a lens for stars or galaxies in the background. These foreground stars/galaxies will facilitate one’s view of background stars/galaxies, if they emit enough light. While their appearance and location would be distorted, the presence of a celestial entity behind a given star/galaxy can be confirmed.

In 1985, using gravitational lensing, astronomers were able to see this highly intriguing effect for the first time, which was later called the Einstein cross. In an Einstein cross, four images of the same object (galaxy or galaxy cluster) are arranged perpendicular to each other when viewed from the lens. The lensing effect, in this case, was generated by the galaxy called ZW 2237+030.

mirage known as the Einstein Cross, and is a direct visual confirmation of the theory of general relativity. It is one of the best examples of the phenomenon of gravitational lensing — the bending of light by gravity as predicted by Einstein in the early 20th century. In this case, the galaxy’s powerful gravity acts as a lens that bends and amplifies the light from the quasar behind it, producing four images of the distant object. The quasar is seen as it was around 11 billion light-years ago, in the direction of the constellation of Pegasus, while the galaxy that works as a lens is some ten times closer. The alignment between the two objects is remarkable (within 0.05 arcseconds), which is in part why such a special type of gravitational lensing is observed. This image is likely the sharpest image of the Einstein Cross ever made, and was produced by Hubble’s Wide Field and Planetary Camera 2, and has a field of view of 26 by 26 arcseconds.” class=”wp-image-38686 size-full” height=”498″ src=”https://www.scienceabc.com/wp-content/uploads/2020/11/UZC.jpg” width=”498″/> Einstein cross (Photo Credit : NASA/Wikimedia Commons)

Similarly, in 1988, scientists first observed another beautiful phenomenon called Einstein rings. This was the effect arising from gravitational lensing wherein a distant galaxy appeared to be warped by a much closer galaxy inside a circle like a halo. 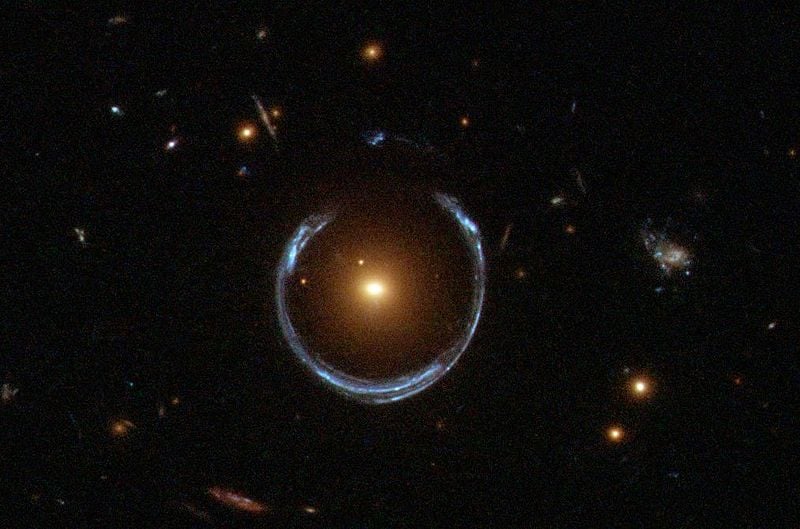 Finally, for those interested in studying the bizarre things of the Universe, gravitational lensing can be a powerful tool. Besides observing beautiful phenomena like an Einstein cross and Einstein rings, gravitational lensing can also be used to detect and study the mysterious material in the Universe called dark matter. It would take a complete article to explain what dark matter actually is, but to put it simply, it’s an invisible form of matter that has a mass. Unlike ordinary mass that we can see, dark matter doesn’t emit heat, light, or any other form of electromagnetic radiation. This quality is what makes it so stealthy. It was only when techniques like gravitational lensing were discovered that we have been able to learn more about their elusive and invisible presence.

The key thing about dark matter is that it has a mass, so this dark matter, like any other massive celestial body, bends light in its vicinity. This has helped astronomers in confirming the presence of dark matter. Interestingly, it is speculated that in total, dark matter is around five times more massive than all the ordinary matter of the universe put together!

Studies like the Dark Energy Survey (DES) is ongoing and seeks to confirm these figures by studying dark matter using gravitational lensing. This study may be able to provide a precise map of matter in the universe, including the mysterious dark matter.

In closing, Einstein’s work on general relativity has paved the way for countless astronomers, allowing them to study the very structure of the Universe—both the visible and the invisible. Gravitational lensing, a simple but powerful tool, is helping us achieve that goal!