In the 1990s, it was established with certainty that the universe was, in fact, expanding. It was also determined that the rate of this expansion should slow down over time, due to the fact that the universe consists of billions upon billions of objects, and that the force of gravity pulls all matter together, thereby decreasing the rate of expansion. However, in reality, this has not happened. Observations of very distant supernovae recorded by the Hubble Telescope in 1998 demonstrated, contrary to astronomers’ belief, that the rate of expansion is actually accelerating!

When scientists could not find anything that could possibly be responsible for this dramatic shift in the predicted expansion pattern, a mysterious entity called ‘dark matter’ was born in the astronomy books. This image shows a complex collision of at least four galaxy clusters. Astronomers call it “Pandora’s Cluster” because of all the different structures found in it. Strange effects that have never been seen together before have apparently been produced because of this smash-up. (Image Source: chandra.harvard.edu)

The most notable thing about dark matter is that we don’t know what it is! This is quite surprising, as dark matter is believed to make up no less than 27% of the observable universe! A number of ideas and hypotheses have been put forth to explain the existence of dark matter, so let’s take a look at a few of them…

While dealing with ‘regular’ stuff, we identify its basic nature by observing, calculating and analyzing parameters pertaining to it. However, in the case of dark matter, this conventional process doesn’t work, because unlike regular matter, we don’t even know what we’re looking at while dealing with dark matter. Therefore, researchers have tried to determine what dark matter is by first eliminating the things that it can’t be.

At first, this might seem like a no-brainer. However, when astronomers were confounded by the ‘mysterious thing’ that seemed to pop up everywhere and cause irregularities in astronomical calculations, the revelation that ‘dark’ matter might be behind all those anomalies was a huge relief.

In other words, scientists knew that some type of inexplicable stuff was causing anomalies, so they called it ‘dark matter’, but they didn’t know that the dark matter was, in fact, dark. We now know for certain that dark matter is dark, because the amount of visible matter in the universe, i.e., the matter that we can see, is too small to make up that 27%.

Dark Matter is not Anti-matter It’s also not formed by dark clouds of visible matter

Since dark matter is not readily visible, one may think that dark matter is simply made up of dark clouds of normal matter (and therefore “invisible”) made up of particles called baryons (baryons are subatomic particles consisting of three quarks that interact through strong nuclear forces). However, this is not true, because in the same way that we detect black holes, we could also detect baryonic clouds due to the absorption of radiation passing through them, if that were the case.

Dark matter is not a galaxy-sized black hole

Astronomers are quite sure that dark matter is not some galaxy-sized black hole either; this certainty is attributed to the number of gravitational lenses that we can observe. Below is a visual example of what gravitational lensing looks like:

A black hole distorts the image of a galaxy in the background due to gravitational lensing (Photo credit : Wikipedia.org)

Since light bends when passing near high concentrations of matter (gravitational lensing), we would observe gravitational lensing much more frequently than we do now, considering that dark matter accounts for as much as 27% of the observable universe.

What could dark matter possibly be made of?

There are a number of hypotheses regarding the composition of dark matter, each of which has its own strengths and weaknesses when explaining astronomical observations related to dark matter.

One view supports the argument that dark matter might, in fact, be made of baryonic matter after all, but the matter must be bunched up in small brown dwarfs (objects too large to be called planets, but too small to be stars), or in small but dense chunks of heavy elements. In other words, dark matter may consist of something called MACHOs (MAssive Compact Halo Objects), similar to neutron stars, brown dwarfs or black holes. Another view (also the most popular one) opposes the aforementioned idea and instead proposes that dark matter may not be made of baryonic matter at all; instead, it may be composed of more exotic particles, such as WIMPs (Weakly Interacting Massive Particles, e.g., photinos and massive neutrinos) and axions.

As we mentioned before, these are all hypotheses that try to explain the existence of this mysterious matter that we know exists, but are lacking in details of its composition. Astronomers would be much more convinced about their knowledge and understanding of the universe if they could account for that 27% of unknown matter, but the research continues. If there is one thing we know for sure, it is that the universe will always hold more secrets for us to uncover!

The short URL of the present article is: http://sciabc.us/XGbTk
Help us make this article better
Prev Article Next Article
About the Author: 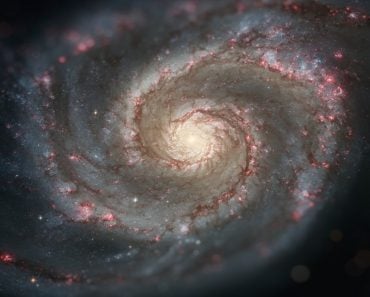