One of the most inhospitable places you can imagine is the bleak emptiness of space. With no atmosphere, freezing or boiling temperatures, and inconceivably intense pressure generated outwards by your own body, survival out in space is impossible for the human form. However, we have made incredible leaps forward in our technological capabilities as a species, to the point where we can safely send men to the moon and beyond. In fact, some people even live for extended periods in space, currently, on the ISS (International Space Station).

Astronaut inside the International Space Station working with some equipment. (Photo Credit : NASA)

However, while astronauts can now be protected from the physical forces that surround them in space, what about the smaller threats—those on the microscopic scale? Our bodies are high-functioning machines on Earth, and our immune systems keep our defenses strong. The question is, when we leave the safety of terra firma, does it affect our immune system in any way?

Immune Privilege: Do Your Eyes Have a 'Separate' Immune System?
If you wish to buy/license this video, please write to us at admin@scienceabc.com.

Does Microgravity Affect The Immune System?

As you can imagine, being launched into space while strapped to a rocket going upwards of 8 kilometers per second, and experiencing a force of up to 4 Gs, can take quite a physical toll on the body. Extensive research has been done on the general physical effects of launching into, living in and returning from space, but only recently have studies turned their eye towards the immune system.

Studies have already been conducted that have proven the effects of zero-gravity on spinal compression, muscle mass and cancer risk, but measuring the active response of the immune system is a slightly more complicated process. Recently, though, experts have concluded that traveling in space does have an effect on the immune system—chaos.

While the average number of immune molecules remains somewhat stable during spaceflight, their efficacy has been found to drop significantly. As you may know, there are always immune system molecules prowling our blood vessels, investigating every unusual substance they find, trying to detect anything that doesn’t belong, i.e., a pathogen. When these immune system molecules detect an anomaly, they send a message to the T-cells, which then direct a more intense response to the potential threat. When the T-cells send out their hordes of immune warriors, it can cause symptoms with which we are all familiar—runny nose, red eyes, rash, inflammation, pus, scabbing etc. 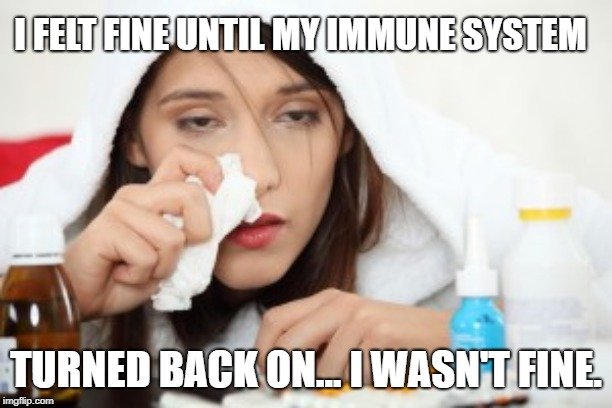 However, when research was done on astronauts who had spent time in space, it was clearly shown that their immune systems weren’t working properly, as though they were poorly calibrated. Their sensitivity levels to potential threats seemed to vary, leaning from periods of inactivity to periods of excessive activity. Although the research is relatively new, and many more angles and variable need to be explored, the results seem demonstrable—the immune system is somewhat compromised in space.

Imagine if your immune cells suddenly stop sending signals to the T-cells, leaving the body vulnerable to threats. Under such conditions, both new and dormant viruses may rise up in the body and begin wreaking havoc. If the immune system then swings back into a period of activity, encountering the presence of these viruses after essentially being “blind” will result in an overwhelming response, causing a dramatic rise in allergic responses, rashes and other expected symptoms of “healing”.

This fluctuation can make it very difficult to know when/if you are ill in space, since your immune system will no longer be giving you reliable symptoms/signals. Additionally, it will be dealing with old threats, perhaps those that date all the way back to childhood, once immune function is suppressed. Clearly, since astronauts are isolated in space for months at a time, this vacillation in immune function is somewhat worrying, particularly as NASA and other space agencies around the world begin to plan manned missions that may stretch into months or even years.

Good News About Space And The Immune System

Fortunately for all of us who are now worried about the long-term health of astronauts in space, there are a number of safeguards in place. First of all, space agencies around the world will only launch astronauts into space that are the picture of health. This isn’t only related to their physical fitness—which must be impeccable—but also their immediate wellness or illness. In the case of NASA, for example, astronauts are quarantined for more than a week before a mission, and every precaution is taken to keep them isolated from germs, including glass barriers, medical masks for all flight tech crews, and frequent use of antibacterial hand gel (probably). 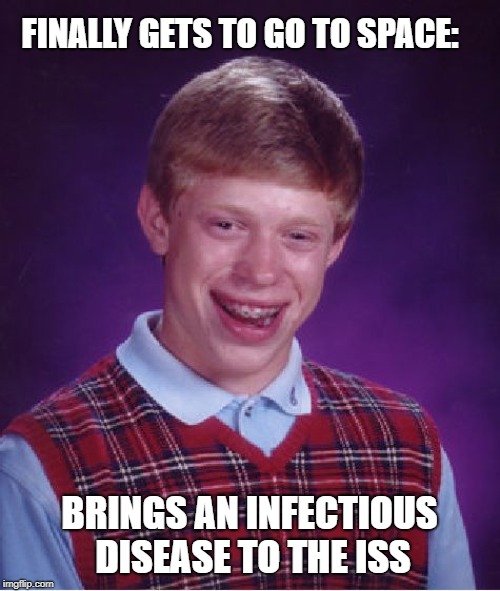 Thanks to the brutal vacuum of space, germs and pathogens (that we know of) are unable to survive the long journey into space, meaning that the only way an infectious disease can find its way into a spacecraft is if one of the astronauts bring it with them. Obviously, not all illness is caused by a specific pathogen, nor is it always contagious. To ensure that the astronauts stay healthy while on their mission, they used to take and analyze their own samples (blood, saliva, etc.), but this was only done on a limited basis, and for shorter missions, their health was only analyzed after the missions was completed and they had returned to Earth.

New technology is being developed that will put biosensors on every manned mission, allowing for the constant and accurate analysis of fluid specimens and astronaut health while the mission is underway. Combined with other health considerations taken during spaceflight (i.e., strict dietary control, exercise regimen, nutritional supplements etc.), this should ensure that those brave astronauts on long Martian missions keep themselves strong, healthy and well monitored under the expert gaze of physicians back on the ground. 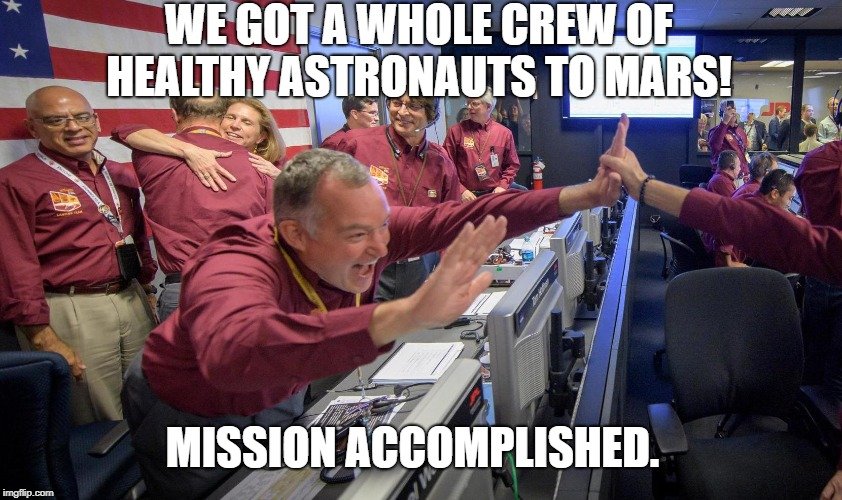 These types of precautions won’t be able to prevent damage to astronauts’ health from increased radiation doses, the effects of microgravity, or a potential disease developing in their system, but being able to monitor stress levels, blood composition, and other key markers from fluid samples will ensure that compromised health is identified quickly. While returning from the ISS within a few hours, in the case of an emergency, is always possible, that option won’t be available from the Moon, or Mars. These new technological advancements and preliminary precautions are critical as humans continue to stretch their fingers into the stars.